Councils in England claim they are improving public health despite budget cuts slashing services. Juice flavours are apparently a problem for the FDA, but not an issue at all when combined with amphetamines. Legislators push to restrict vaping to over-21s in Texas. Harm reduction moves forward but then stumbles in Estonia, and a holidaymaker in Thailand has been imprisoned then deported for holding a vape device.

Councils in England are claiming they are responsible for improving the health of the public, especially with regards tobacco-related diseases. The Local Government Association has indicated that the fall in the number of smokers is due to their work.

This claim lies at odds with the numbers of quit-smoking services being axed or having their budgets slashed – and ignores the role vaping and the consumer market has had to play. Shared Intelligence’s Phil Swann believes “a fundamental reset of the relationship between health and local government, including on the role of public health,” is required.

News Target reports that legislators in some states are moving to outlaw cannabis edibles, this comes on top of an FDA-driven attack on flavours in eliquids. Flavours apparently cause all manner of problems and (people would have us believe) encourage children to use and abuse the products.

Strange then that the FDA has approved the Adzenys chewable amphetamine to be available in “candy flavours”. The article states that Adzenys “is a chewable, fruit-flavoured drug, essentially extended release gummy meth, for patients as young as six years old.”

It continues: “In teens and adults, there’s also rampant stimulant misuse. Stimulants are commonly used as party drugs and performance enhancement aids, some students maintain that the meds help them to improve their grades and stay focussed.”

Legislators in Austin, Texas, are considering raising the age of tobacco products to 21. Unfortunately for teen smokers, this includes vape products despite not containing any tobacco.

Kelley Thomas of the Council of Parent Teacher Associations said: “As a parent walking around, the kids who are vaping, you can see it. You're looking at it as you're going to the mall, as you’re going to the grocery store.”

“It smells good and tastes good, so they're all excited about it right now. They think it's kind of cool. Twenty-one takes the access away from our younger students, it builds a social wedge.”

Consumer body CASAA commented: “The bill would deny early adult smokers and vapers access to the much safer alternative vaping and smokefree products that could actually eliminate smoking.”

The nation currently has a flavour ban, e-liquid excise tax and domestic online sales ban. This could have been relaxed were it not for the Social Democrats’ Minister of Health requesting a suspension of the reading of the Tobacco Act.

“The debate on the Tobacco Act in the Estonian Parliament was interrupted and, as Parliament has completed its work due to the elections this Sunday, the new Parliament must start with discussions from scratch. At the same time, Estonia will most likely not be able to implement the EU Tobacco Directive at the right time and may be subject to sanctions.”

Finally, another warning not to take your vape equipment to Thailand.

French national Cecilia Cornu was enjoying her holiday in Phuket when she was spotted holding an electronic cigarette while riding on the back of a scooter.

She claims officers first tried to solicit a bribe, but then imprisoned her when she refused to pay. She was released after posting bail, but found guilty by the court and sentenced to a fine and deportation.

Prior to being put on a fight home, Cornu spent four days in a Bangkok jail. Clear warning that vapers planning on visiting Thailand need to stock up on patches or, as the country clearly wants, just smoke! 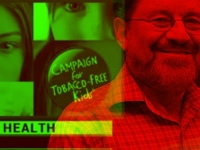