EURACTIV refers to itself as a “Think and do” tank, arranging events and a newsletter to promote dialogue between media professionals, health experts (in the case of vaping) and EU stakeholders. During a recent event Vytenis Andriukaitis, the EU Commissioner for Health and Food Safety, called electronic cigarettes a “poison”. Dr Konstantinos Farsalinos has taken issue with this outburst.

Vytenis Andriukaitis was born in Russia, became a heart surgeon and now acts as a Lithuanian European Commissioner. He has form for being opposed to vaping and tobacco harm reduction.

Last year he said: “Is it good for health to smoke e-cigarettes? Who would advocate this is very good for health? If they use it as a cessation method then one can be under the scrutiny of medical doctors. They know how to help you. Not do it yourself.” 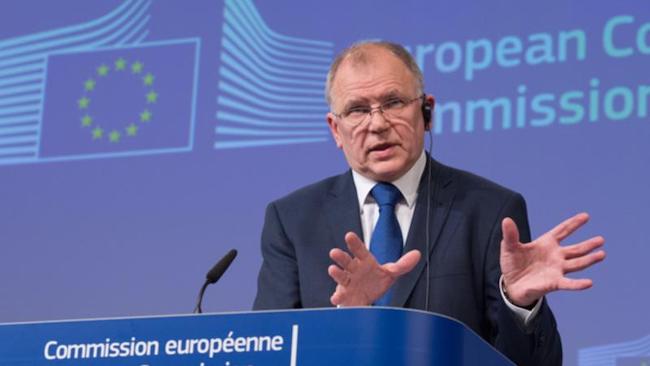 At an event arranged by EURACTIV last week, Andriukaitis said: “There are scientific reports saying that e-cigarettes are less harmful than cigarettes, but it’s still tobacco. You can drink less poison, but it is still poison in the end.”

The man has a naïve quit-or-die approach to tobacco-related harm, citing a personal friend who quit cold turkey after losing a bet: “This is a simpler solution than e-cigarettes to quit smoking.”

“A report on e-cigarettes is due in 2021 according to the tobacco directive. e cannot deny the reality. We cannot go on pretending that e-cigarettes are for smoking cessation when we see so many young people starting to smoke them.”

Andriukaitis then went on to attack Greece’s vice minister for health, Pavlos Polakis. He said it was shameful that Polakis has been photographed smoking in a press conference and added: “When this happens in a public area, it is a violation of human rights.”

Dr Farsalinos has previously called for a “proper interaction between the Commission and experts, who have done research in this area.”

He added: “We can further improve the regulation in order to protect the vulnerable groups of the population and at the same time give the best possible opportunity to smokers to quit smoking and use these products.”

Prompted by Andriukaitis’ extreme claim that vaping is a poison, Farsalinos has penned a letter, co-signed by Dr Konstantinos Poulas. Together they state that the claim is inaccurate and fails to factor in what is known about vaping.

“It generates confusing messages to smokers who need, deserve and should have the right to access to less harmful products in an effort to quit smoking, a highly dependent behaviour.”

“While it has now become universally accepted within the EU that harm reduction is a necessary and effective approach in reducing the adverse health consequences of recreational drug use, there is a lot of resistance in accepting a similar approach for smoking.”