Dr Konstantinos Farsalinos is the lead author on a paper detailing the patterns of use and self-reported changes in health of vapers. Together with Diamantopoulou, Barbouni, Merakou, and Lagiou, he looked at a random sample of customers in Greek vape shops.

The team represent the University of West Attica, National School of Public Health, Onassis Cardiac Surgery Centre, and the University of Patras. The work, “Patterns of e-cigarette use, biochemically verified smoking status and self-reported changes in health status” was published in the journal Internal and Emergency Medicine last week.

The team write: “The rising popularity of e-cigarettes has been a controversial public health issue. There is a lot of debate on whether e-cigarettes represent part of the solution in the smoking problem, used as a risk reduction strategy, or whether they simply attract non-smokers, and may increase their chance of initiating smoking.” 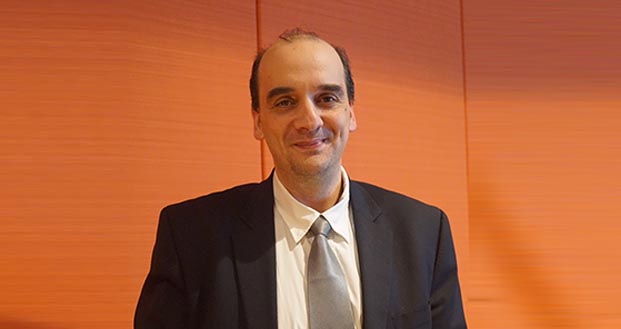 They believe that surveys of vapers show substantial quit smoking rates, but feel the research often experiences “self-selection bias” and does “not recruit representative samples of all consumers”. Therefore, they aimed to conduct a “real-world” study to overcome inaccurate self-report of the smoking status.

The team randomly selected 14 vape shops in Athens from a list of 132. The stores agreed to take part and researchers visited the stores three to four times per week, each visit lasting for 3-4 hours. Rather than asking every customer, only every third one was selected.

In total, 314, customers were asked to complete a survey, having had measurements and details taken. Smoking status was verified by measuring the carbon monoxide content of exhaled breath, using a calibrated device. 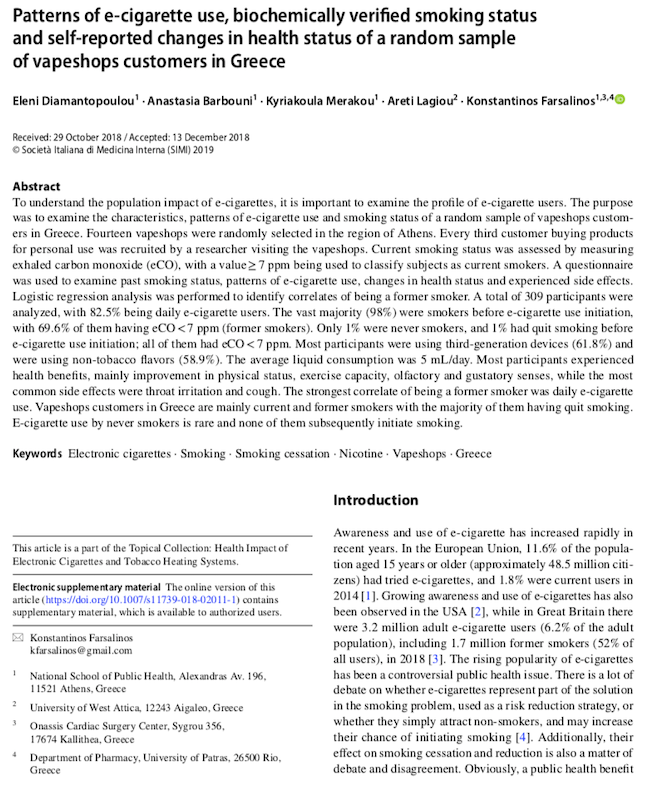 “The study identified that almost all customers were smokers at e-cigarette use initiation, while the majority were frequent (daily) e-cigarette users and were no longer smoking, as verified by eCO.”

Importantly, as the gateway myth is often touted as a reason to restrict vaping, “the small minority of customers who were not smoking at e-cigarette use initiation remained smoke-free at the time of the survey.”

“These findings appear reassuring for the concerns that e-cigarettes might be appealing to never smokers. Additionally, the fact that e-cigarette users who were not smoking at the time of initiation had eCO < 7 ppm rejects the gateway to smoking concerns, at least for adults.”

The team concluded: “This study of a random sample of adult vape shops customers in Athens showed that the vast majority were current and former smokers, with most of them being able to quit smoking after e-cigarette use initiation. The study failed to identify any gateway to smoking effects for the small minority of customers who had never smoked or had quit smoking before e-cigarette use initiation. Health benefits and limited side effects were reported, which could be a motivation for sustained e-cigarette use. The study indicates that e-cigarette use in Greece has positive public benefits, which is in agreement with a recently published population study.”