Scientists, public health professionals and policy makers gathered at The Royal Society in London, on Thursday, for The E-Cigarette Summit: Science, Regulation and Health 2018. Planet Of The Vapes was invited to attend and listen to speakers discussing research, evidence and viewpoints on the issues surrounding vaping and tobacco harm reduction (THR).

The E-Cigarette Summit has been running since 2013; its sixth incarnation continued to offer a neutral environment for people of differing sides of the vape debate to engage in meaningful dialogue.

The event’s organisers stated: “The role that e-cigarettes could play in ending or extending the smoking epidemic will remain one of the most fiercely fought debates in public health history.”

This being the case, it remains a shame that the staunchest opponents of vaping continue to spurn the opportunity to attend, put their point of view over, and listen to arguments from harm reduction advocates. Simon Chapman, for example, refused an invitation to the third Summit, stating that he was, “absolutely not interested”. Chapman will be delighted to hear that he wasn’t forgotten about, and was referenced on more than one occasion.

Those who spoke included:

Following a welcome to the day’s activities by Ann McNeill, Professor Berridge presented a paper that looked at why different countries hold differing policies towards vaping. She argued that the “divergent national responses relate to many issues which have little to do with ‘evidence.” The professor’s presentation covered how cultural and historical events play as much a part on policy formation as does the evidence itself.

Judith Watt discussed why vaping is seen as a threat to tobacco control in low and middle-income countries, and Deborah Arnott posited that successful and sensible harm reduction strategies must be supported by strong tobacco control strategies.

In his warm and humorous presentation, Karl Lund believed: “that snus, e-cigarettes and heat-not-burn products may have greater potential to make smoking obsolete than the regulations we have spent a lifetime fighting for.” 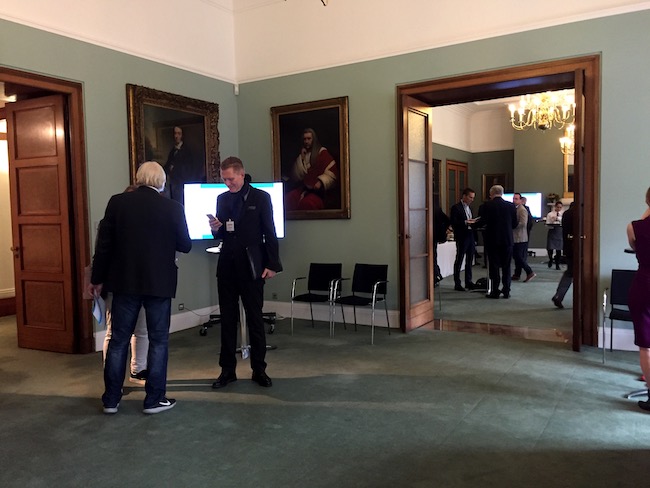 James Van Loon explained the background to the Canadian Tobacco and Vaping Products Act. He argued it managed to strike a fine balance between harm reduction and protecting teen access, and gave his thoughts on the challenges lying in front of the government.

The first panel session discuss the World Health Organisation and how change could come about. Then both Dr Farsalinos and Clive Bates fired questions and made impassioned statements. “It seems absurd to me,” said Bates, referencing the situation where regulators regulate when they don’t fully understand the market. “What is the great harm that regulators are meant to be protecting against? The idea that tobacco control intensive environments are good for tobacco harm reduction is just not borne out by the evidence. Tobacco control intensive environments come with tobacco control organisations who are (almost worldwide) uniformly hostile to tobacco harm reduction.”

Dr Farsalinos congratulated Canada for its stance on harm reduction and praised James Van Loon for the statements the country has produced for marketers. It was a delight to listen to him speak about the unanswered questions in THR research, and his splendid destruction of Stanton Glantz’s heart study. He demonstrated its flaws by ‘proving’ a link between heart attacks and the use of anti-cholesterol medication – raising many laughs.

Dr Shahab presented the very latest data from the Smoking Toolkit Study, the National Youth Tobacco Survey and other international population surveys. During the talk Shahab debunk the notion of a gateway from vaping into smoking and of there being any kind of ‘teen epidemic’.

Robert West built on Shahab’s presentation, and while acknowledging that there is less evidence to support the efficacy of vaping as a quit tool when compared to NRT, postulated: “Every single smoker should be recommended immediately to switch to an e-cigarette if they can because this will immediately radically reduce the harm they are experiencing.”

Moreover, West twice repeated: “I don’t think it’s tenable for people to say ‘we don’t have enough evidence to say E-cigarettes work as a cessation tool.”

Peter Hajek described the evidence supporting claims that vaping works as a quit tool and Nancy Rigotti spoke about how the “JUUL phenomenon” is being reported in the US and how that translates to harm reduction from a clinician’s perspective. While Rigotti didn’t offer up the wholesale support of vaping that previous speakers had given, her presence was a good opportunity for others to use their knowledge and influence to change the climate in America.

Following a break for lunch, the sessions then focussed more on the market itself. ECigIntelligence’s Tim Phillips discussed how regulation has transformed the markets at home and abroad. Ben Youdan explained how vaping has been allowed to thrive in a largely unregulated New Zealand market – and how the experience has been very positive. Then Clive Bates spoke about how disruptive technologies threaten those that have an investment in maintaining the status quo.

Mark Dickenson and Norman Lamb rounded off the segment with a look at vape as a medicinally regulated product and the House of Commons Science and Technology Committee’s Report on e-cigarettes. Lamb drew to rounds of applause – firstly, he castigated those NHS Trusts that still haven’t embraced vaping, and then he spoke about how his own son has switched from smoking to vaping. 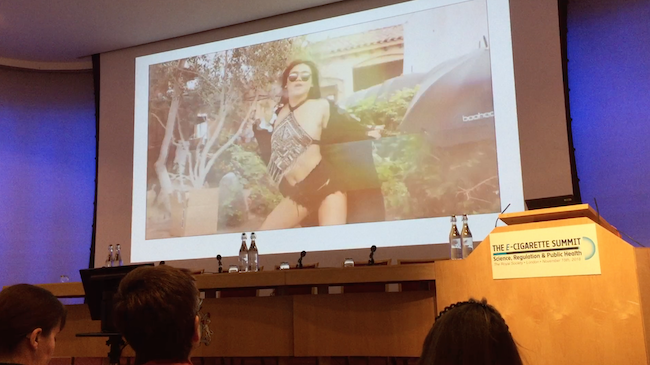 Martin Dockrell and Tim Marczylo pondered on “why so many in UK public health continue to be concerned about initiating nicotine addiction, evidence of harm and the influence of the tobacco industry?” Dockrell is such an affable man and his disarming nature is clearly a benefit when trying to get public health experts to come on board with tobacco harm reduction policies.

Kuiama Thompson presented details of the Salford Swap to Stop Pilot; a ground-breaking pilot where 1,000 smokers in the most deprived region of the city were provided with free vape kits. Then Dr Frances Thirlway spoke about how there have always been “moral panics about young people’s substance use” – and that the influence of family and community on young people is much stronger that of public health experts. Her coverage of the sociological aspects of smoking and quitting was truly fascinating.

Sarah Jakes dealt with how some experts are struggling to cope with a shifting communications environment; “‘because we’re experts and we said so’ is no longer an acceptable or sustainable argument,” in an age where the Internet offers instant fact checking.

Dr Sharon Cox ended the segment with a Keynote speech that focussed on smoking poverty: “We need to speed up the rate at which we clean up our message.”

POTV will be covering these presentations in more depth over the coming week.