The Association of Vapers India (AVI) has responded to the Indian governments ludicrous move to combat tobacco-related harm. The government has advised all Indian states to ban vape products and vaping, a move described as “A regressive step based on misinformation, fear and refusal to consider science.”

India has been wrestling a sensible response to the growth in vaping for years. In one hand they have no control over it, while the other hand is lodged firmly in Big Tobacco’s pockets. Fighting for a ban is a shameless protection of self-interests over the health of the nation.

India is the most heavily populated democracy in the world, holding 12% of the world’s smokers and suffering from around 1,000,000 smoking-related deaths every year – equivalent to the combined populations of Leicester, Nottingham, Coventry and Canterbury. 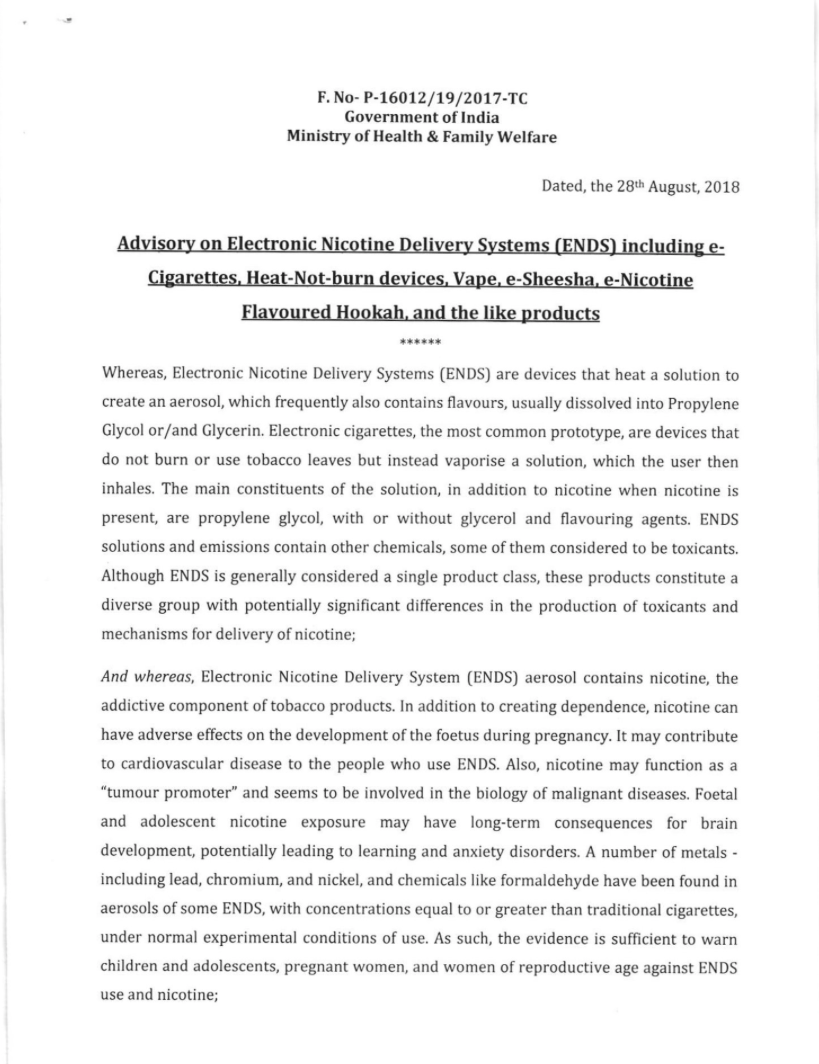 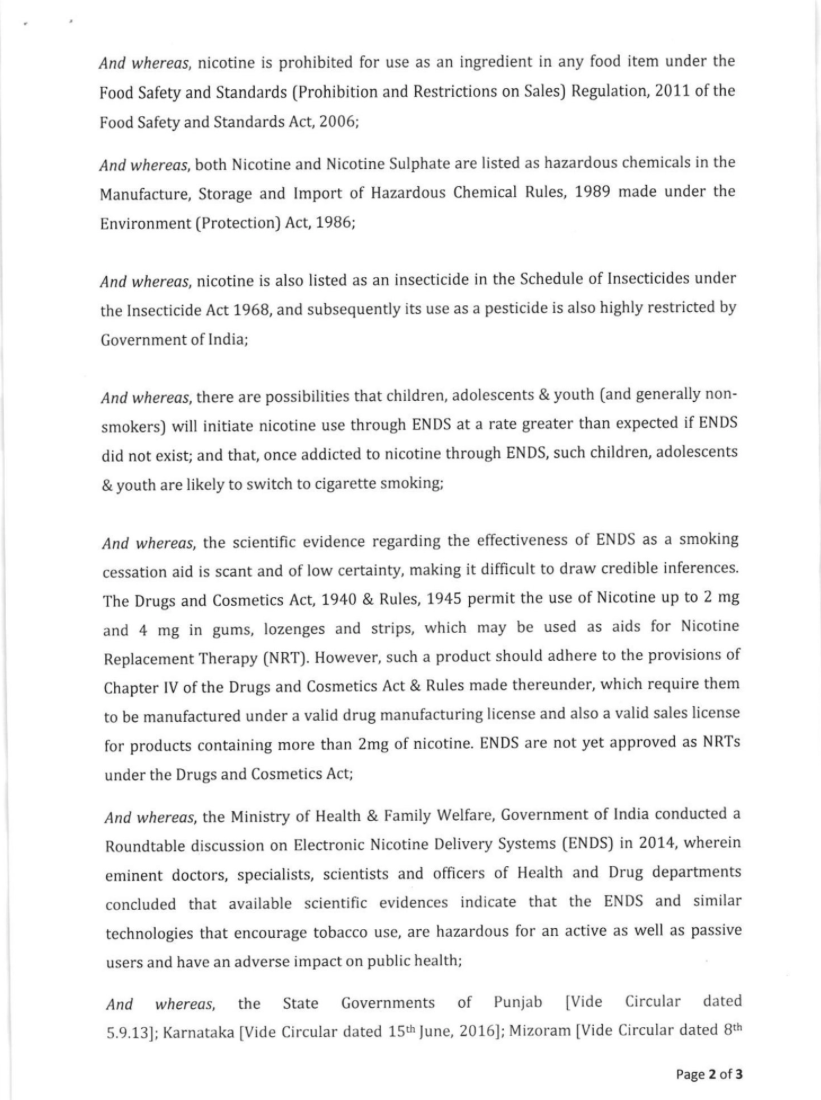 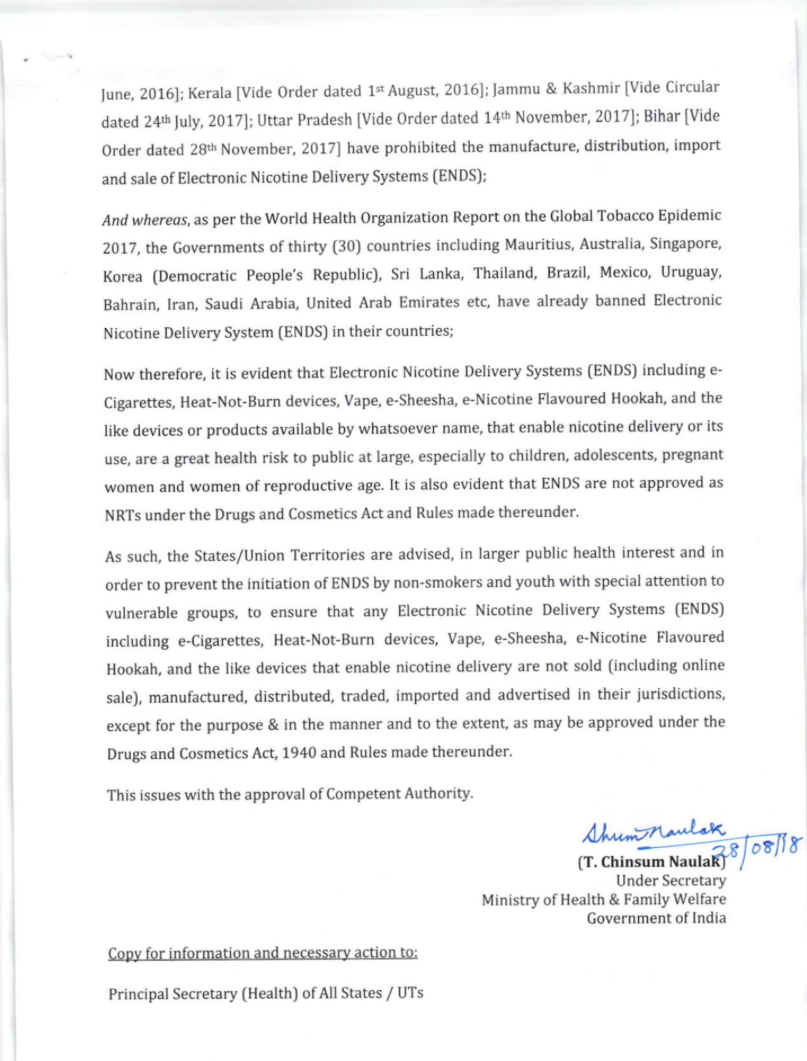 While individual states have banned vaping, the rest of the nation hadn’t copied this stance. While there have been positive studies in the past – like this one reported on in 2016 – the push has been for academics to support politicians in opposing the disruptive technology.

Professor Sharan, North-Eastern Hill University, provided a recent example of this. In May he said: “In e-cigarettes, there is huge reduction of such elements to the tune of 90-92 per cent,” and that “the government should make a policy to give an option to the smokers to switch to e-cigarettes in its fight against cancer.”

Suddenly, in June, he performed a 180-degree switch, recanted his earlier statements on the matter, and declared that he was now against the adoption of vaping and harm reduction. Clearly, external pressure had been applied.

Shyama Charan Gupta might provide a reason as the MP made his substantial fortune from the sale of beedi cigarettes. He exerted influence over the tobacco policy committee, as did Dilip Kumar Gandhi. Gandhi, the chairman in 2015, is on record saying that there is no link between smoking and cancer. And then there’s government and politician involvement with ITC – India’s own market leading cigarette producer.

The government has issued a three-page advisory letter, signed by T. Chinsum Naulak, the under secretary for Health and Family Welfare. It says: “[ecigs] are a great health risk to the public at large. As such, the States are advised … to ensure that [they] are not sold, manufactured, distributed, traded, imported or advertised.”

AVI writes: “The advisory is pursuant to a Delhi high court directive to the Centre on outlining the measures it is taking to regulate ENDS. However, perhaps realising it has no legal provision to act, it has chosen to take the backdoor route of pushing bad policy through an advisory, without seeking any inputs from stakeholders.”

The organisation takes issue with the government’s statements and claims:

AVI state: “We strongly oppose Centre’s decision to advise states to ban ENDS. By denying core smokers in the country access to safer alternatives, the government is committing a grave public health policy mistake which will be directly responsible for the deaths of millions of Indians.”

“The government has also ensured its protection to the tobacco industry by keeping safer alternatives out of the market, at a high personal cost to citizens.”

“Because of the sheer health burden of smoking in the country – a million deaths, lack of public healthcare and annual economic loss of over Rs 1 lakh crore – the government should have aggressively backed prevention measures and encouraged an alternative even if it was 10% safer. It is therefore acutely dismaying that it has chosen to prohibit vaping, for which there is evidence from major health bodies of being 95% safer than smoking.”