Research being plugged by Philip Morris Limited (PMI), conducted on its behalf by the Centre for Economic and Business Research (CEBR), reveals what vapers have been seeing with their own eyes – there has been a thirtyfold increase in the number of brick and mortar vape stores across the country. Keen to get into this market, PMI say that this will help save the high street from declining sales and footfall.

“Vape shops are becoming a significant presence on the high street while other retailers, particularly grocers, newsagents and electrical goods stores are in sharp decline,” say PMI.

“The rapid spread of vape shops across the country has coincided with significant falls in the prevalence of smoking. The research finds that some of the largest declines in smoking rates over the past five years were observed in regions with a particularly prominent vaping sector.”

It is no secret that PMI wants to get its heat-not-burn (HNB) IQOS device on the shelves of all of these stores. The company has been sending out free, unsolicited sample products to shops and sales representatives have followed close behind in an effort to persuade owners to stock the heat-not-burn device.

Reaction on the Planet of the Vapes forum has been mixed. Some believe shop owners should sell anything they want to, while others are cautioning against inviting a Big Tobacco fox into the vaping hen house.

Even without this report, it was clear that unless the tobacco company manages to break into this new territory it faces exceptional difficulties in the years to come.

“The report found that the North West is the UK’s number one vaping hotspot with 456 vape shops – one for every 2,019 adult smokers in the region. The region has also experienced one of the biggest declines in smoking prevalence, with the adult smoking rate falling by 4% between 2013 and 2017.” 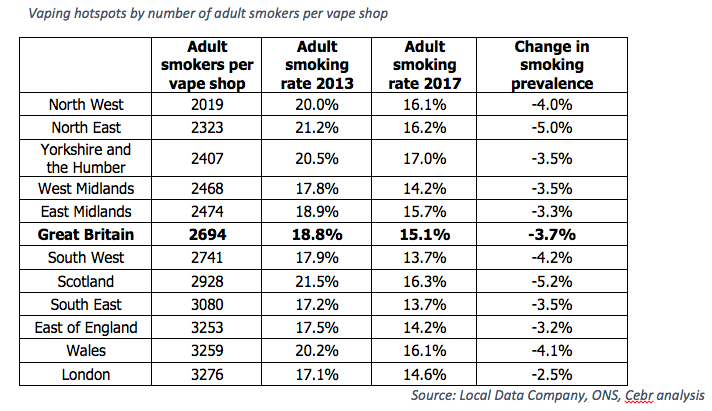 Mark MacGregor, PMI UK Corporate Affairs director, said: “This research clearly shows the huge contribution vape shops are making in helping smokers switch away from cigarettes. According to ASH, 50% of all smokers do not realise that e-cigarettes are significantly less harmful than smoking. Vape shops have an incredibly important role to play in raising awareness of the various alternatives to smoking, including e-cigarettes and heated tobacco.”

This is where some strongly disagree, and argue that tobacco products have no place inside store specialising in vaping products. Despite these objections, PMI will continue to push its HNB device because sales have plateaued in Japan, not been accredited for sale in the USA and have faced large-scale indifference in European markets.

So, PMI is cloaking its move into vape stores as benefitting the nation’s traders as a whole: “The research also highlights the significant impact that vape shops are having on the wider economy. 40% of vape shops were found to be trading on premises that were previously vacant. Vape shop owners now employ close to an estimated 6,000 people directly in store. The number of vape stores has grown by over 100% at the same time as retailers that have traditionally been a staple of the high street such as grocers (-15%) and electrical goods stores (-26%) are dwindling.” 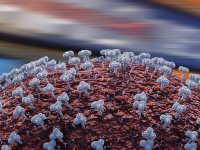 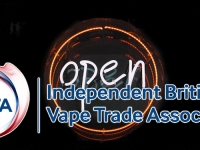