The purpose of the study is to provide national statistics for the current year, including information on smoking prevalence, motivation to stop, quit attempts, what people use when they try to quit, actual quit rates, regional differences, use of the stop smoking services and more. It has been on-going since 2011.

Smokers looking to switch from or quit tobacco still rely on nothing as a first choice. Despite a dip in people attempting to move from tobacco by using vape products at the beginning of the year, use of ecigs has grown in the second quarter and vaping still remains the number one choice for smokers looking to use support. 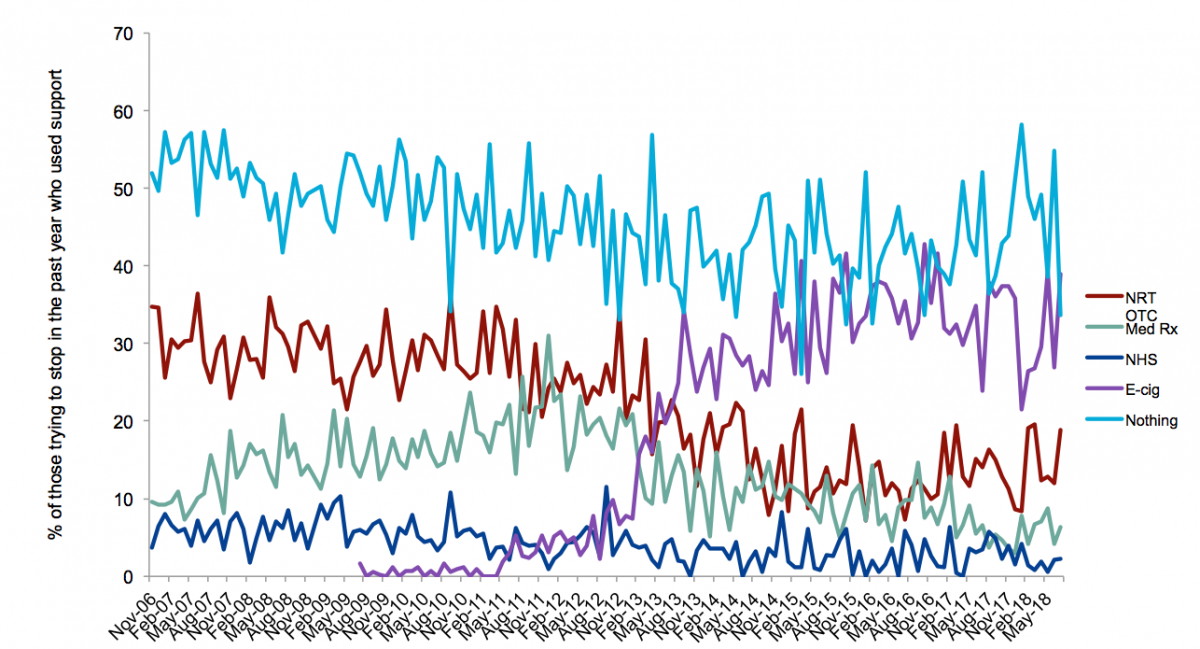 Smokers being encouraged to quit by their GP, using traditional routes, is still in decline, traditional NRT products have a sales blip but a downward trend continues, and reliance on NHS services is remains at a very low level.

The majority of smokers continue to reduce tobacco consumption as a primary means of reducing harm (around 50%). For the rest, vaping remains almost twice as popular over NRT products, since it overtook the pharmaceutical option in late 2012/early 2013.

The total number of people as a percentage of the total population using vape products has remained stable since 2011. This could indicate that vaping works and the people giving up using electronic cigarettes are replaced by ex-smokers, it could also indicate that vaping only works for those who adopted it and don’t wish to transition to not using nicotine. 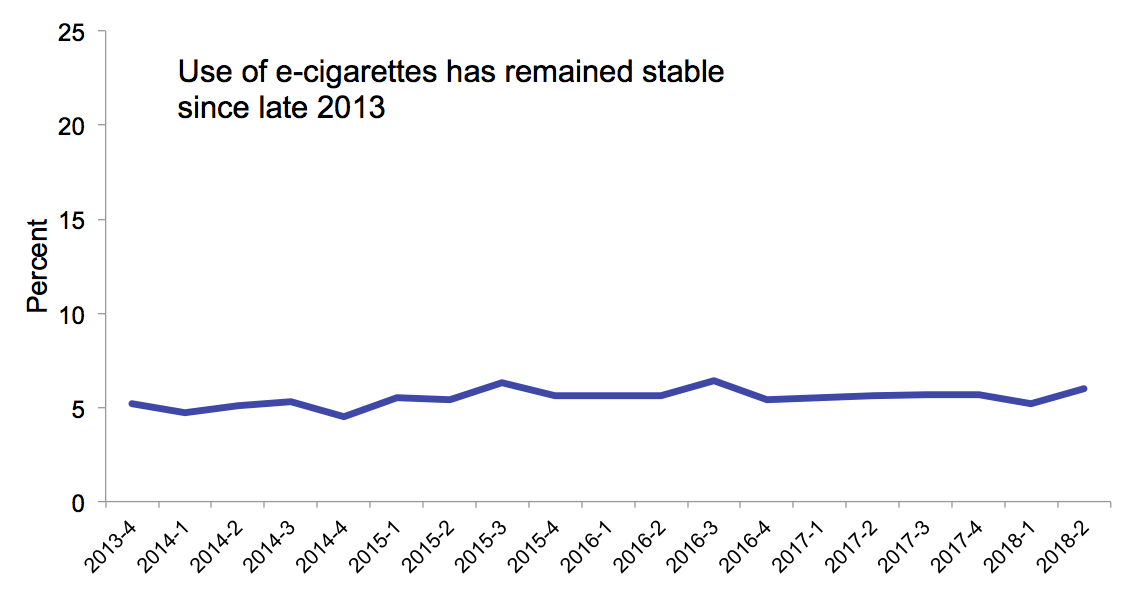 It seems more likely that people are successfully transitioning out of vaping as the survey highlights the number of ex-smokers taking up vaping continues to grow.

The same graph below illustrates that non-smokers taking up vaping remains negligible – so much for claims that it the vape industry is targeting teens with flavours or that people are taking it up because vaping is “cool”. 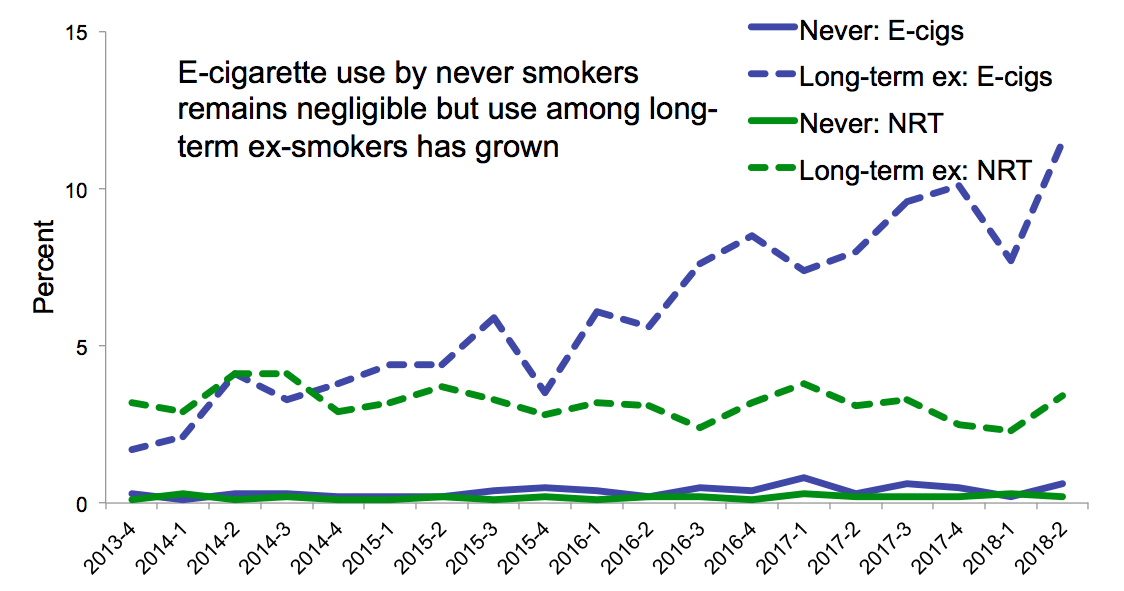 The situation is confusing as team go on to state: “E-cigarette use in smokers and recent ex-smokers has plateaued.” The survey does reveal that some people opt to vape and use NRT products at the same time, which would indicate that the restriction placed on juice nicotine content is hindering successful switching.

Despite the plethora of online vendors that have sprung up, and the presence of discount stores in the Far East, the preferred source for buying liquids and devices remains the brick and mortar store. 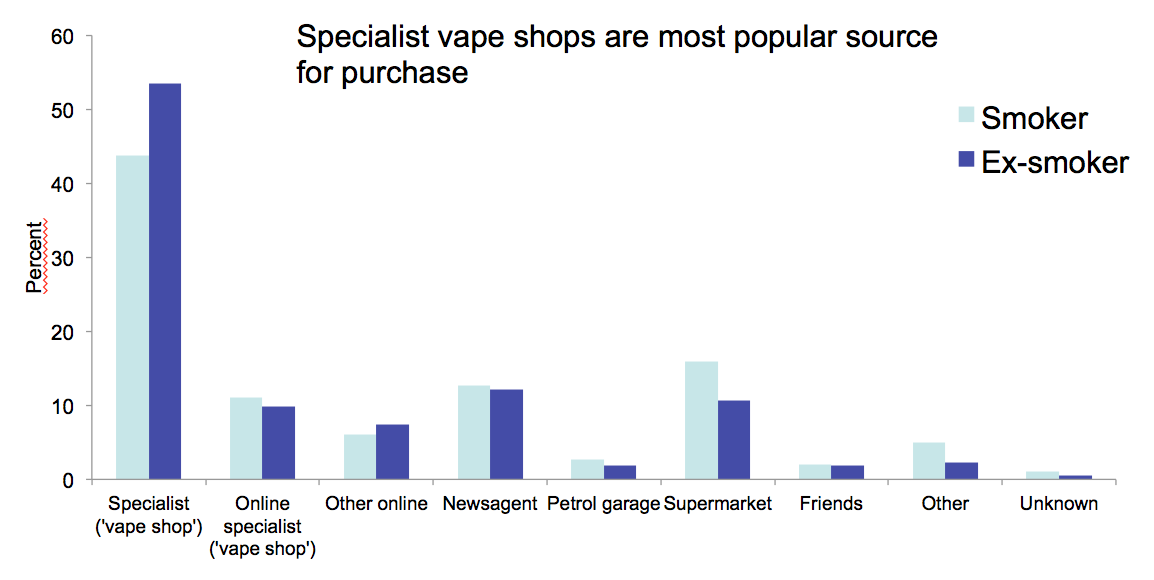 There is a more equal balance between men and women choosing to vape these days, although a noticeable difference is visible when it comes to age. Younger people prefer to switch from smoking to vaping, while older people (over 65) prefer traditional NRT products. 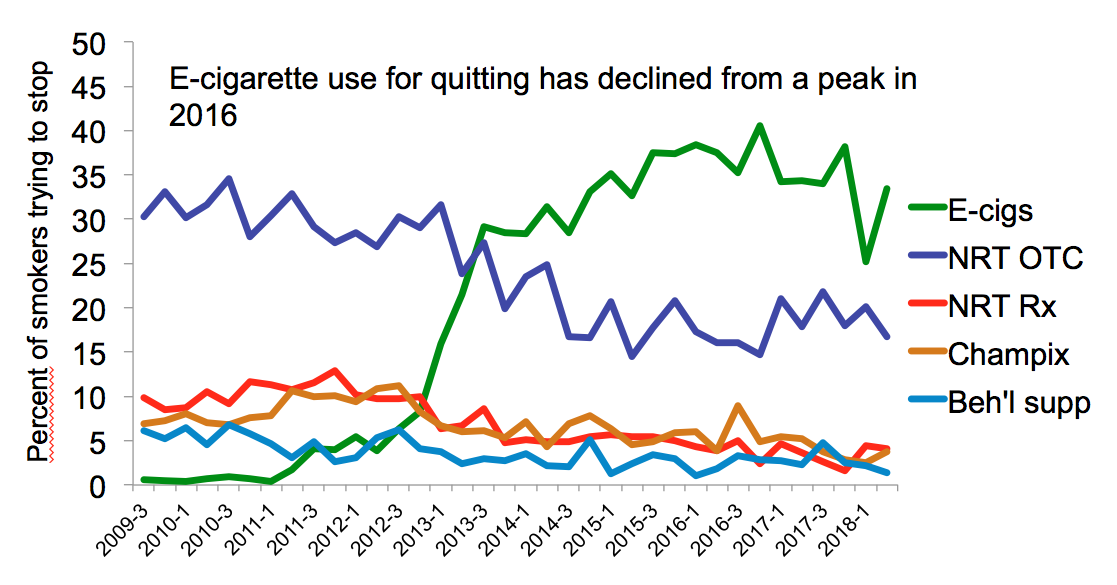 Worryingly, the number of smokers prepared to use an ecig is declining. As highlighted in last week’s government committee report, this is due in no small measure to the nonsense and fear proliferating newspaper articles and media programs.

Although the long-term trend is a decline in smoking, the aforementioned issues of nicotine limits and bogus science reporting has resulted in a small rise in the number of smokers. 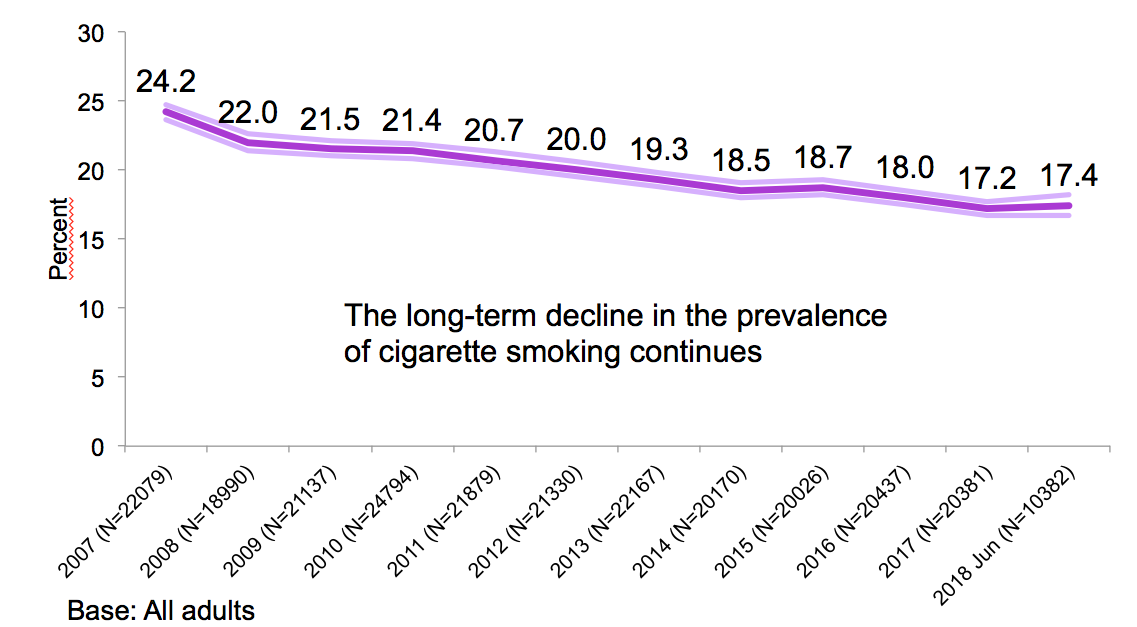 This situation is reflected in the growth of the numbers of smokers who perceive vaping as being more dangerous than tobacco use. 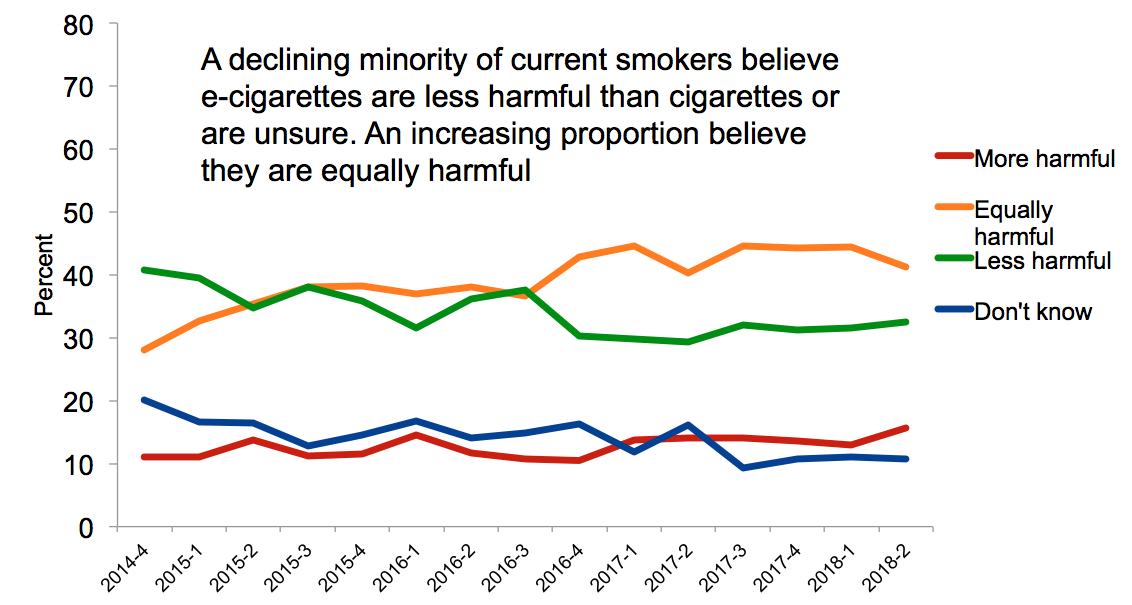 For the benefit of those wanting to move away from tobacco use, it is imperative that the government adopts the recommendations of last week’s committee report as a matter of utmost urgency.

Graphs from The Smoking Toolkit Study