Academics at the Australian University of Newcastle’s School of Medicine & Public Health have released details of a proposed study. The aim is to see if vaping can help drug and alcohol dependents quit smoking – but is there a fatal flaw in the methodology? 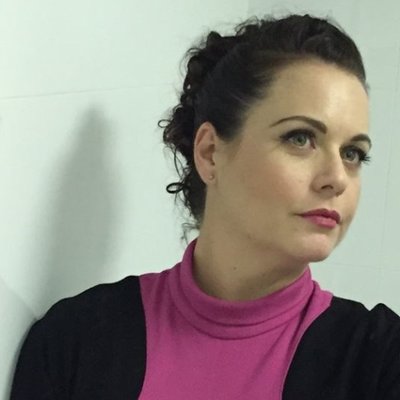 The research is being conducted in conjunction with Monash University, Eastern Health, The University of Queensland, The Cancer Council, and the School of Population and Global Health at the University of Melbourne.

The team of twelve highlight an important problem: “In Australia, up to 95% of people entering treatment for use of alcohol or other drugs (AOD) smoke tobacco, which is five times more than for the general adult population. As a result, people in treatment for AOD use experience a greater tobacco-related disease burden.”

They highlight that Australians with a substance dependence die 25 years earlier than those without, and the main cause of death is related to tobacco rather than from their drug or alcohol addiction.

A second problem is that 85% of dependents seeking to quit smoking through traditional routes fail. NRT, counselling and medication have failed to address this issue effectively, so they believe it is time to investigate the potential of electronic cigarettes.

This is a bold move considering that Australia has a de facto ban on vaping, coupled with strong resistance from legislators and a vocal minority of pharma-funded people linked to the medical profession. 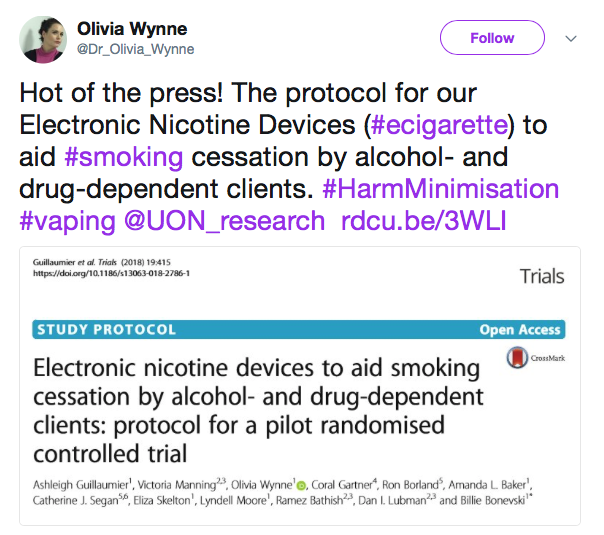 The team will be using a vape kit and a twelve-week supply of nicotine-containing eliquid, but here’s where the problem may lie. Liam Bryan stood on a Vapers In Power ticket in the UK General Election, he wrote: “That isn't going to work, you need flavours and you need decent concentrations of nic, just ask vapers! (Having written that, good luck though - but don't expect miracles, you've made it scientific and missed why it works!)”

It was a point taken up by a number of other people, to which Billie Bonevski (a member of the team) replied: “We don’t provide flavours in this trial but are measuring whether our participants add their own.”

It seems a shame that the team have added in an additional variable when it didn’t need to happen. This now requires participants to have the motivation and wherewithal to hunt out information and sources for flavouring, creating an additional barrier to a successful quit attempt through vaping.