Yet again, someone fails to follow simple directions and blames vaping rather than the battery and their own stupidity. Jason Curmi was admitted to hospital for burn treatment after he carried a loose lithium-ion cell in his pocket; the anti-vape media coverage fuelled an outburst by an ignorant clinician.

Jason Curmi, otherwise known as DJ Moley, told the media: “An ecig burnt my knob.” Even without this coverage, vapers will instantly know that a knob was involved in the incident. Happy to help drink and drug addicts with advice, he appears to have ignored the safety instructions aimed at him.

A glance at the images displaying his shredded jeans and boxer shorts are enough of a clue to demonstrate that this battery was loosely contained within his pocket – and not a vaping device.

Curmi, a fan of the current Mayor of London (pictured attending a question and answer session below), lives in Greenwich, London. Resulting from not paying attention to the advice given by the London Fire Service, Jason had to attend his local A&E department for treatment to burns to his right thigh and left hand. 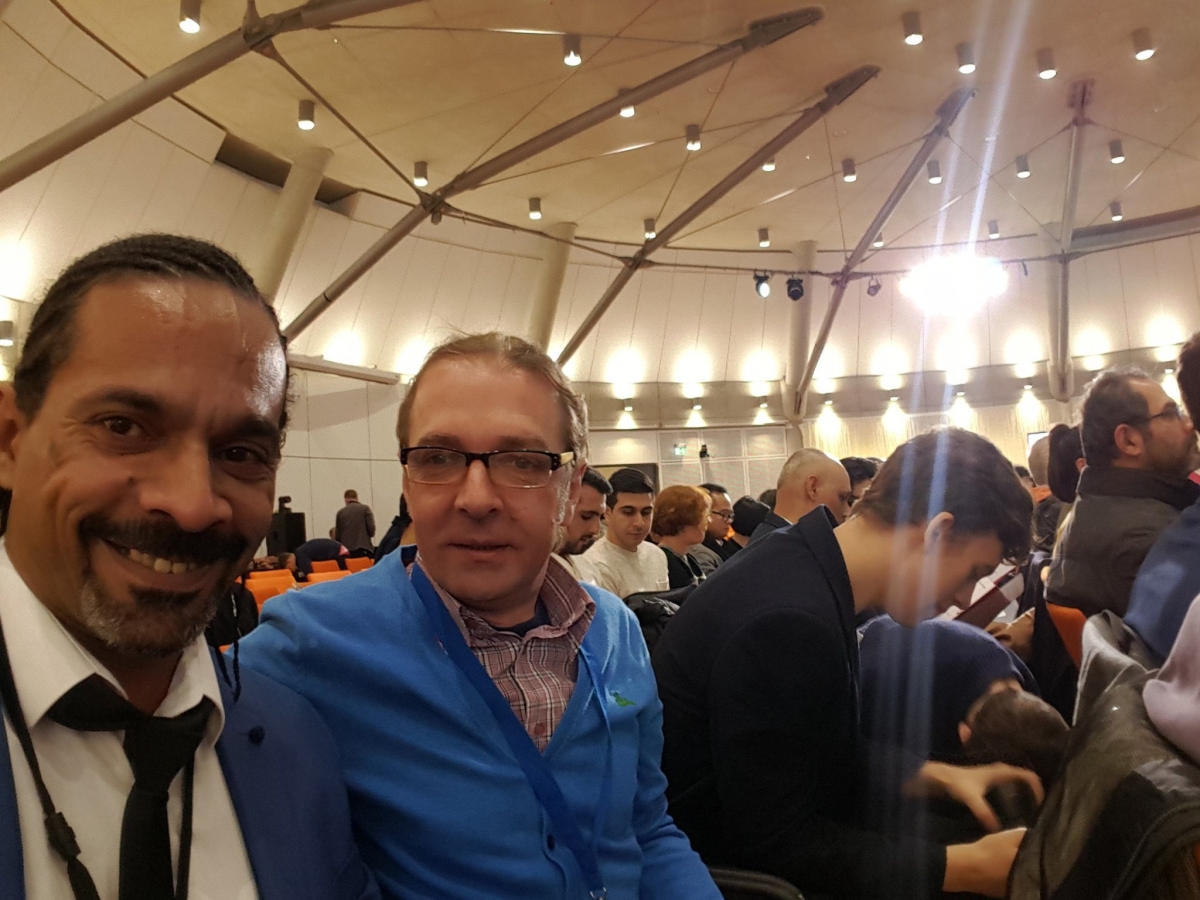 “As per usual battery safety advice appears to have been forgotten! 'Chinese company EFest, which makes the battery packs, did not comment'. He probably had keys and/or loose coins in the same pocket, with no protective battery cover on the spare” - Alan Beard, harm reduction blogger

He is reported to have noticed a warm sensation in his pocket from his “spare battery pack”. Its location is important because, as a father of six children already, Curmi clearly delights in his appendage: “It was also only two inches from my privates and, if I’d been wearing different clothing, it could have blown them to bits.”

“It was just like a loud explosion, lots of fire coming out of my trousers. The room, which was quite large as it was a conference room, was covered in soot. It smelled very toxic. I lost a lot of skin. They were borderline second to third degree burns, but I just escaped having skin grafts.”

But, of course, the real culprit in this is vaping – not Curmi himself. “If you were on a bus or an airplane it could have caused damage and panic,” he said, as he called for greater control of imported vape mods. 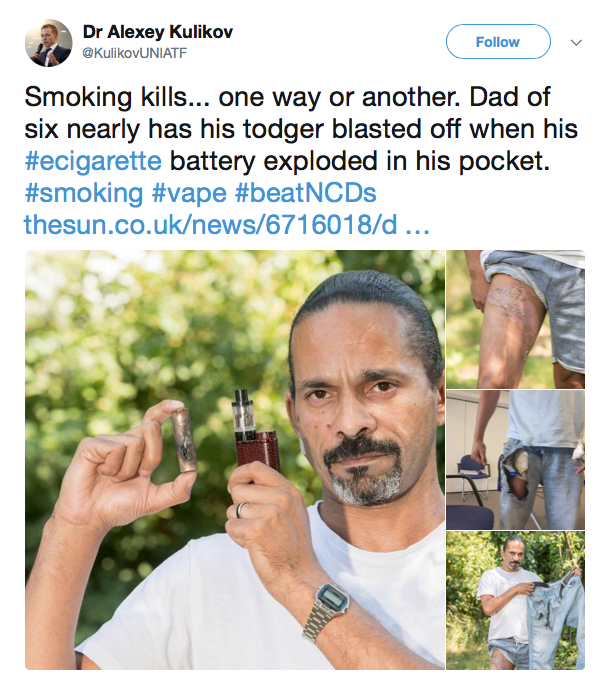 This news has been seized on by opponents to vaping, always keen to play up potential dangers of vaping. The truth of the matter is that Curmi must have had keys or coins in his pocket, which caused a short with the unprotected battery.

Time and again, we have covered these types of stories and linked to the instructions given out by fire and battery experts. A few weeks ago, the London Fire Service issued its advice. Last week it was the turn of The National Fire Chiefs Council. It’s very simple:

It’s time for the DJ Moleys out there to change the record, for their own sake. 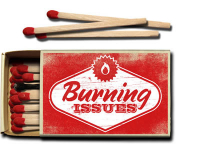 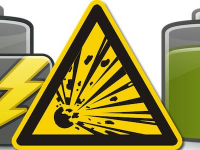