Clive Bates has been an outstanding advocate for harm reduction and vaping. He has been a thorn in the side of the anti-harm reduction zealots, and is always quick to puncture inflated claims in dubious studies. He attended the US Ecig Summit 2018 and vented truth and humour in equal measure in a masterful speech.

Clive opens up by painting the picture of the rant to come: “My effort today is to try to use a series of questions to interrogate controversies about flavours and Juuls, and about things like that.”

Before you think we are being unkind by calling it a rant, he calls it as much himself, “I go off on one” he writes on social media.

He arranged his speech into the ten questions that he believes you should use in order to take people to task when they advocate things like banning flavours to protect children.

Clive began by looking at the extensive difference between, and the frequent conflation of, vaping and combustible tobacco.

“Reading the material from the FDA [Food and Drug Administration], there are huge numbers of situations where they just talk about ‘flavoured tobacco products’ as if they are all one thing – and the issues are completely different for combustible products. The reason is that non-combustible products can substitute for the harmful combustible ones, and have a harm reducing effect and a benefit.” 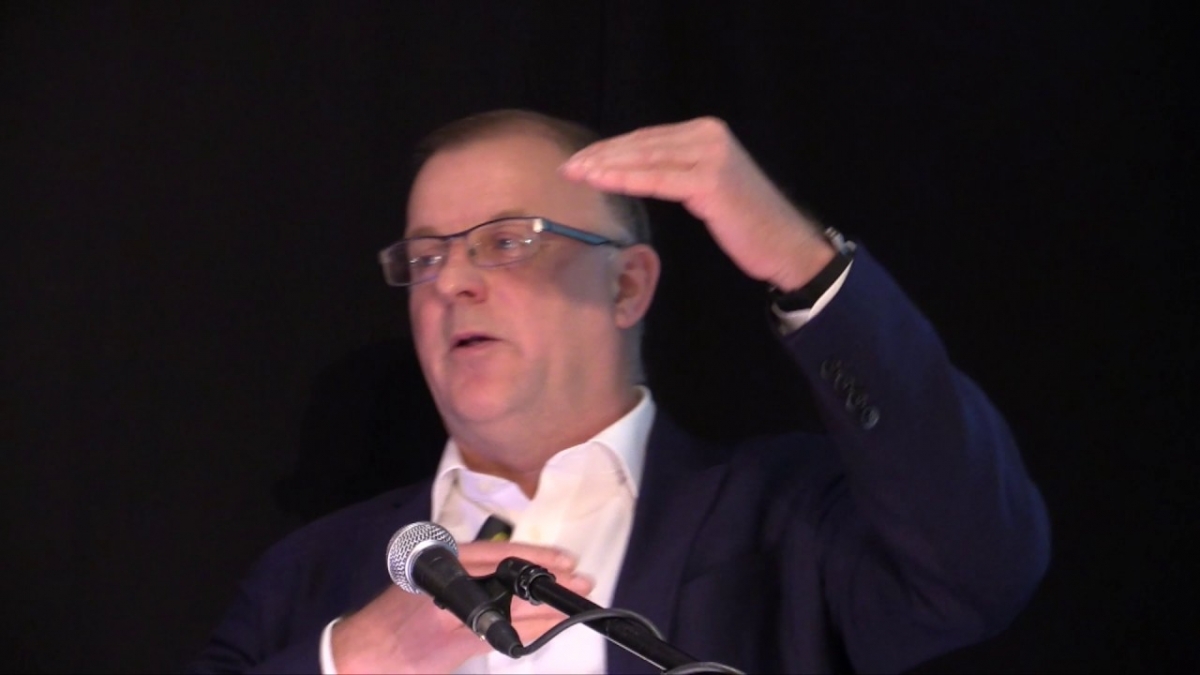 Opponents to vaping often simplify their objections, confusing seperate issues. A case in point is highlighted by Bates' second question regarding flavouring. What is being objected to? The chemical, the flavour or the description?

“What exactly are we talking about with a flavour?”

Clive dismisses the overblown nonsense regarding the presence of diacetyl, due to it being present in quantities that are at least a hundred times less than that found in tobacco cigarettes.

He mocks the ridiculous notion of flavours appealing to children – referencing the recent guff regarding Juul’s Crème Brûlée flavour targeting kids, “as if children are always dining a top French restaurants. Obviously not.”

And the third aspect is how the flavour is described and, as Clive points out, regulating these three aspects of flavour are different propositions entirely: “These things, especially the last two, often get muddled up together.”

Next, he takes the Head of the FDA’s notion of “kid-appealing flavours” to task: “What is a ‘kid-appealing flavours’? In my experience of adolescence, they are not going around trying to reinforce their childishness. They are not there to say ‘look at me I’m a child’. They’re like ‘I’m a man, I’m a big dude’. Napalm Sunrise? That sounds cool, I’ll have that!”

He pointed out that in a recent study, the top most attractive flavours for kids were Classic Tobacco and Single Malt Scotch. It highlighted the incompetence of intelligence that lies behind the thinking juices like Gummy Bear were created to attract children.

Clive continued by covering teen use of vape products, what their behaviour actually means, if flavours change behaviour, is any behaviour change actually harmful, if the harms are outweighed by actual benefits, if the benefits vaping offers adults outweighs any harm to youths and what the FDA’s actions would mean to the health of the public.

“You have to get down and understand the kids,” say Clive, showing a picture he claims he found from Gang_affiliated.com. The sullen youths on the screen are a contrast to the fresh-faced, happy middle-class children that appear in anti-vaping ‘worry about the children’ adverts. There is so much to think about in addition to FDA soundbites, and you can watch the full presentation below.

17 - Clive Bates_Vimeo from The E-Cigarette Summit on Vimeo.