The American Food and Drug Administration (FDA) continues to wage its attack on eliquid manufacturers and brings the total number of juice makers in the spotlight to seventeen. Four more firms now stand accused of using product designs that make their products look like “kid-friendly food products”.

The FDA, an agency within the U.S. Department of Health and Human Services, works to protect “the public health by assuring the safety, effectiveness, and security of human and veterinary drugs, vaccines and other biological products for human use, and medical devices. The agency also is responsible for the safety and security of the nation’s food supply, cosmetics, dietary supplements, products that give off electronic radiation, and for regulating tobacco products.”

The four additional manufacturers and retailers have been sent letters because they are accused of “selling e-liquids used in e-cigarettes with labeling and/or advertising that cause them to resemble kid-friendly food products, such as cereal, soda and pancakes”.

One company was sent a letter because it sold eliquid to a child.

As much as some could see this as part of an attack on vaping, many in the community look at the irresponsibility of the companies and shake their heads in disbelief. 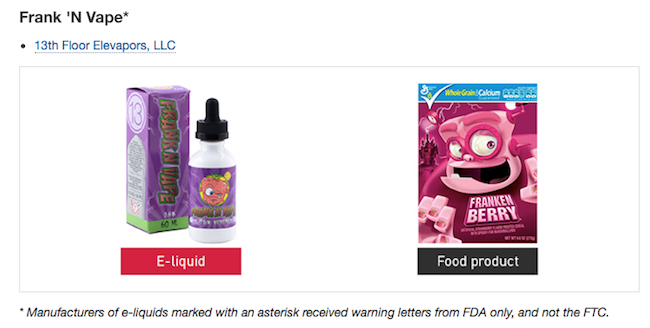 It provides an open goal for Scott Gottlieb, the FDA’s Commissioner: “Companies putting children at risk or enticing youth use are on notice. If you target kids, then we’re going to target you. These tactics also hurt the e-cigarette industry and those seeking to quit smoking.”

“Efforts to encourage the innovation of novel and potentially less harmful products such as e-cigarettes for currently addicted adult smokers will be severely undermined if bad actors put youth at risk in this fashion. The actions we’ve taken over the last several weeks under our new Youth Tobacco Prevention Plan are just the opening salvo in what’s going to be a sustained campaign to address all aspects of youth access and appeal of tobacco products, and in particular, e-cigarettes.” 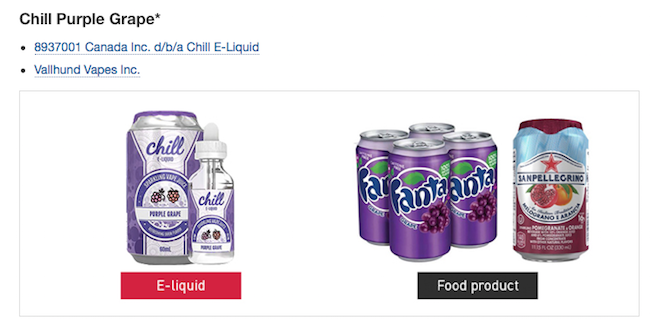 Companies targeted this time make or sell the following liquids:

The FDA says: “The products are considered misbranded in violation of the Federal Food, Drug, and Cosmetic Act because their labeling and/or advertising imitating kid-friendly foods is misleading.”

Images from the FDA