A Lot Of Fuss Over Snussing

National tabloids carried a negative story about snus while volunteer harm reduction advocates were gearing up for a Bank Holiday weekend with their loved ones. As they set about constructing a response, the mouthpiece for FOREST launched a pointless and unnecessary attack on the New Nicotine Alliance.

The Sun shouted: “Hundreds of top footballers like Jamie Vardy who use snus nicotine are warned they’re putting poison in their mouths”. The Mail called it a “drug that is swamping football”.

“Next time you're watching a game, look at how many players look like they have something behind their top lips. That's a tell-tale sign,” said an anonymous and more than slightly ridiculous football manager. “Some of the subs will go through two or three a game. You can see the used pouches on the floor of the dugout. It's disgusting. I've not seen any of my players use it but, if they did, it would be a two-week-wages fine, instantly.” 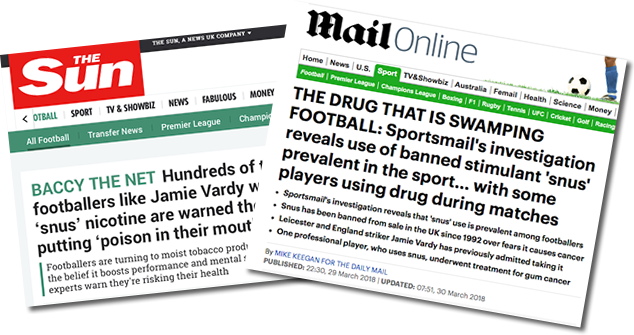 The Sun, in an attempt to cement its title as the most superfluous national daily, even found space to reprint a load of Stanton Glantz nonsense.

The articles were misleading and heavily skewed towards sensationalism. Neither of the newspapers approached or carried commentary from any harm reduction specialists.

This wasn’t good enough for Simon Clark, director of the tobacco industry funded group FOREST. But, more than the lack of balance regarding snus, Clark was unhappier that nobody from the New Nicotine Alliance (NNA) instantly made a comment.

He wrote: “Absent from any of these reports was a response from the pro-snus camp – you know, the people who are always telling us that 'snus saves lives'. It's not easy, I know, getting your voice heard in these circumstances. You should at least try however and it's now almost 40 hours since the Mail published its 'investigation', plenty of time for pro-snus advocates to issue a statement (or statements) in response. Instead ... silence.”

Clark continued: “What frustrates me is that far too many harm reduction activists are happy to attend tobacco control conferences, rub shoulders with public health lobbyists, talk repeatedly about 'saving a billion lives' etc, but when it comes to tackling media firestorms like this they go AWOL.” 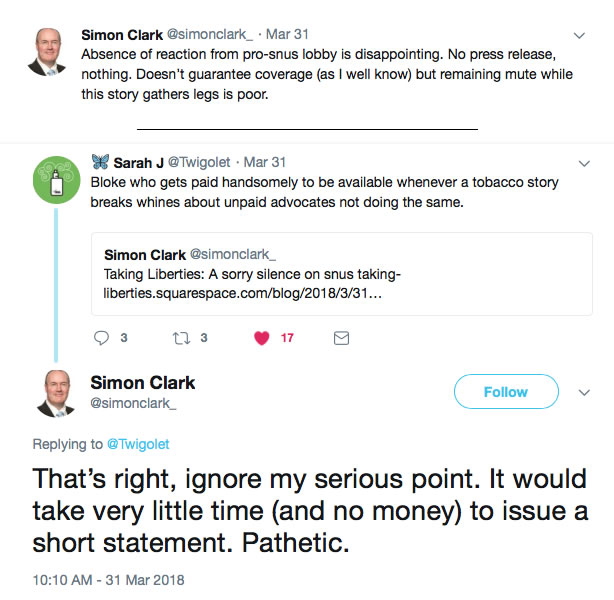 The NNA has put a lot of time and effort (and funding) into explaining the benefits of snus, including taking a case to the European Court of Justice. It is made up of unpaid (unlike Simon) volunteers who have lives, families and other commitments.

It’s uncertain what drove Clark to produce his uncalled for outburst, or to carry his display of petulance onto Twitter and the comment section of his blog, but he has previous form for attacking (and supporting the attacking of) the likes of Linda Bauld.

At the time of his outburst, the NNA was already going through the process of releasing a considered response: “‘Smokers who are choosing alternatives to smoking need to hear real experts, not the nonsense on stilts served up by publicity hungry campaigners,’ said Sarah Jakes.”

Clark owes the volunteers in the harm reduction community an apology. His puerile attitude would indicate one is not going to be forthcoming. 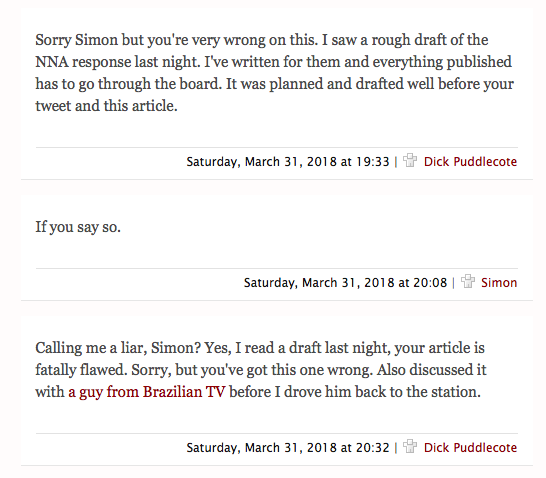 Newspapers are alleging widespread use of snus by Premiership footballers, e.g. the Daily Mail “The drug that is swamping football".

Snus is little known in the UK because it is banned but in Norway it has been the key to reducing smoking among young women from 30% to just 1% in the last 16 years. In Sweden smoking has collapsed to 5% among adults, due to widespread snus use.

The key question is whether it carries lower health risks than smoking.

In answering that today’s Sun described snus is a "poison in the mouth" and "unequivocally a bad thing” with a campaigner quoted as saying "whether you jump from the tenth storey of a building or the 20th, the effect is the same” as smoking.

Yet according to the world’s most respected public health bodies and scientists that is completely wrong. Action on Smoking and Health says it is 100 times less harmful than smoking. The WHO says it is “considerably less hazardous” and the EU says the lower risks are “undeniable.” A report in the Lancet last year found no evidence of harm caused by decades of widespread snus use “for any health outcome.” 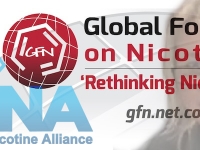 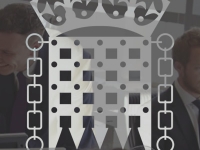 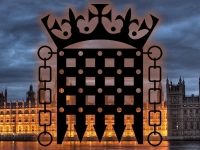