A team from the University of Otago in New Zealand have looked at dual use where smokers continue to use cigarettes after adopting vaping. Another group, representing the National Bureau of Economic Research (NBER), asked whether electronic cigarette adverts actually encourage smokers to quit the habit. 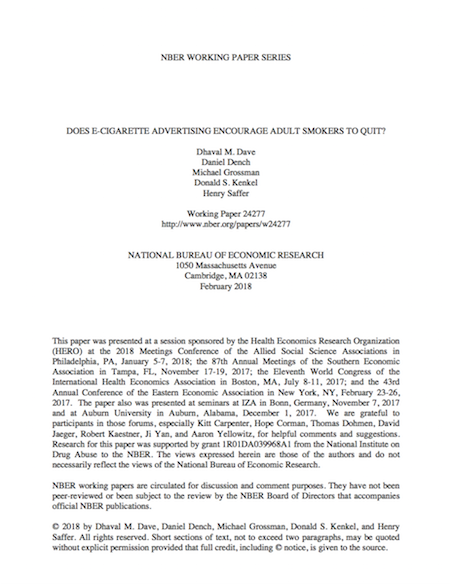 “E-cigarettes have been aggressively promoted, and use is increasing rapidly among both adults and youths,” goes the introduction to NBER’s paper. Given that the organisation has published papers calling for the regulation and banning of flavours, its conclusion is quite surprising.

The authors claim that use has surged during a boom in advertising, against a backdrop of contested debate, leaving “fundamental questions regarding whether e-cigarettes will draw cigarette smokers away from a dangerous habit or lure new initiates into tobacco use and lead to a new generation of nicotine addicts”.

Then a shift in emphasis takes place: the team correctly state that while not completely safe, “e-cigs are less dangerous than cigarettes because the vapour does not contain the toxins contained in the smoke of conventional cigarettes.”

Focussing on quit intentions of smokers, rather than the hysterical fear that vape adverts drive young people into a life of nicotine addiction, the team concluded: “The title of this paper poses the question whether e-cigarette advertising encourages smokers to quit. The results in the paper suggest that the answer is yes for TV advertising but no for magazine advertising. We find that exposure to an additional ad seen on TV increases the number of adults who quit by about 0.09 percentage point, about 1 percent relative to a mean quit rate of 9 percent in the past year.”

They estimate that TV advertising bans lower smoking quit rates by around 3 percent. 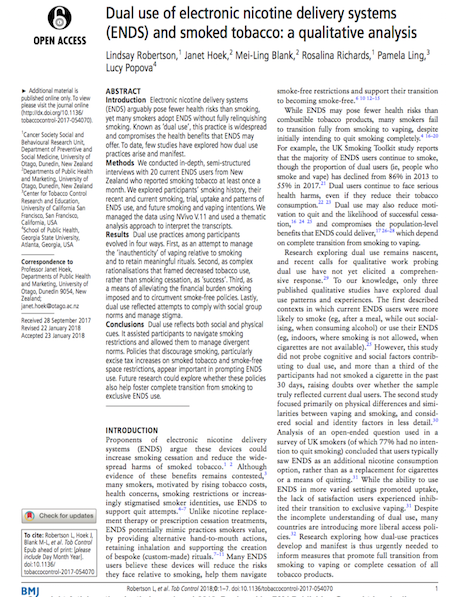 This week’s other paper’s greatest contribution might not be that it adds anything to our knowledge about why people dual-use vape and tobacco cigarettes. Instead, the Otago team included one person from the Centre for Tobacco Control Research and Education (CTCRE) at the University of California San Francisco.

It’s hard to work out how the team’s semi-structured interviews are in any way different to the testimonials offered up by vapers everywhere (but discounted by CTCRE as simply “anecdotal”). What is useful is that Pamela Ling was subjected to a strong message of harm reduction during her time on the project.

What they discovered from their 20 subjects was summarised by team leader Lindsay Robertson: “Many started their quit attempt expecting that vaping would offer them exactly the same experience as smoking. However, they often became disappointed when their experiences didn't replicate smoking, and continued smoking as well as vaping.”

It emphasised the need for a better management of smokers expectations prior to attempting to switch to vaping – something that stands a much greater chance of happening in New Zealand and the UK now that vaping is widely accepted by the medical community as a smoking intervention tool. 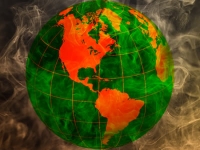