It is possible to understand the motivations for some arguments in favour of bans on vaping. It is understandable that some people might be upset by news that baggage has caught fire on a plane or that a charger went wrong on a boat. It’s almost impossible to comprehend the motivations behind calls to ban vaping from the countryside or on beaches – and Californian governor Jerry Brown agrees.

Vapers in North America have witnessed attempts to constrict their liberty in the past. Various places have imposed or attempted to impose vape bans in public areas with varying degrees of success. Some have argued for, and managed to obtain, bans from vaping in public parks – including the great open outdoors. The latter was entirely unenforceable as no resources were put into hiring officers and relied on members of the public to snitch on people enjoying a quiet vape in a forest. Unsurprisingly, there hasn’t been one prosecution. 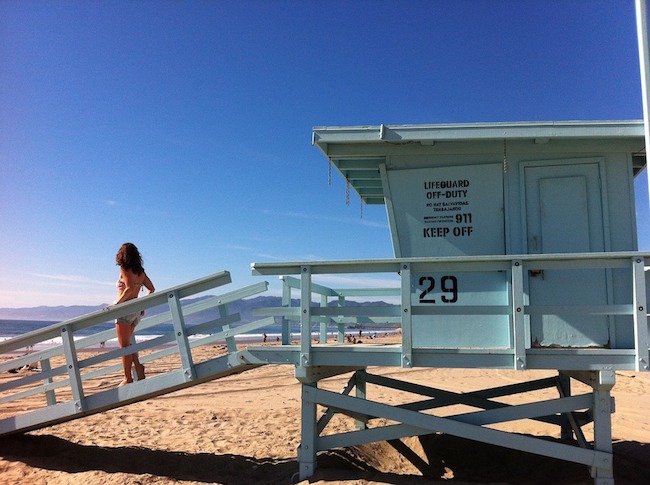 Something similar was proposed in California, with Senator Steve Glazer and Assemblyman Marc Levine putting forward bill SB 386 that would have banned vaping from 300 miles of state beaches and 280 state parks. The bill was voted on and approved by the Californian Legislature.

Glazer said: “This bill would reduce the serious health hazards posed by smoking, to people and wildlife, in our state parks and beaches. It would reduce fire hazards and litter and the costs for those now borne by the public.”

What Glazer or Levine failed to explain was quite how banning vaping would have achieved any of that. While highlighting that discarded cigarette butts can pose a risk to animals, and that second-hand smoke is a health risk (apparently) to other people out in the open, the pair appear to be conflating vaping with smoking once more. 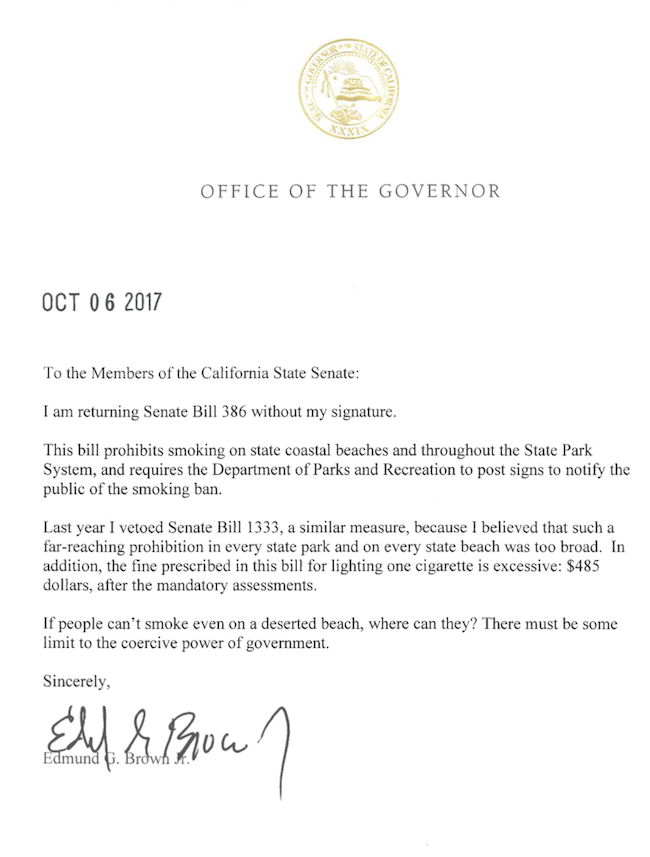 The bill included fines for those who dared to break the new law and vape on an empty beach. An initial fine of $100 had the potential to rise up to $485 by the time the courts had added assessments in. According to the California Coastal Commission, the most common item collected in the annual California Coastal Cleanup was cigarettes and cigarette butts, with more than 6.9 million, making up 37 percent of all the items collected. Second was food wrappers and containers, at 10 percent, and third was caps and lids, at 8 percent of all items.

But all was for nought, as the governor vetoed the bill. Brown, in his veto message, said: “If people can’t smoke even on a deserted beach, where can they? There must be some limit to the coercive power of government."

While this might seem a small victory for vaping, those behind the bill promised to launch another attempt to ban beach vaping again next year.