Taipei health officials still believe there’s not enough evidence to show ecigs work as quit tools, The Pinoy vape ban comes one step closer, and ASH Thailand have declared vaping as “harmful to health”. In America, a farm workers union has added a vaping device to its boycott list and a ‘vape party’ got raided in Turkey. It’s all go for electronic cigarettes. 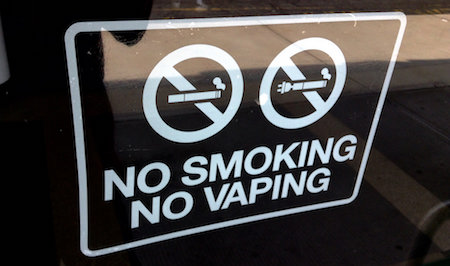 The Taiwanese Health Promotion Administration are hiding behind a World Health Organisation (WHO) report, and have stated that it’s unclear if vaping can help people quit smoking tobacco. For reasons only known to those involved, an agency official also added that virtually 80 percent of last year’s inspected e-liquid contained nicotine. Presumably people are expected to be shocked that juice has nicotine in it?

The head of the agency said that 76% of liquids contain chemicals that cause bronchiolitis obliterans or liver-related diseases, according to a Harvard study – which is unfortunate, given that nobody has presented at hospital with either of them due to vaping.

The story is similar in the Philippines, where The Department of Health has also affirmed its intention to hide behind WHO edicts. In a triumph of stupidity, it issued a statement urging member-states to consider a total vape ban in all designated smoke-free areas: “It may lead smokers to query: if vaping is permitted, why is smoking not allowed?” Also, in totally made-up news, they said: “Close exposure to vaping among people, who have recently quit smoking or vaping, might trigger them to relapse to smoking.”

While this is just more of the same-old coming from those countries, the position taken by ASH in Thailand is distinctly disappointing. While not part of ASH UK, many will wonder why they are not factoring in what is coming out of Britain. Professor Prakit Vathesatogkit, ASH Thailand’s executive secretary, embarrassingly denounced the PHE and RCP 95%-safer position: “the tests claimed by … advocates are untrue and are not accepted by scientists, particularly in the United States.” Then Vathesatogkit repeated a distortion of the truth: “E-cigarette vapour contains more than 250 harmful chemicals, 70 of which can cause cancer.”

Someone from ASH UK ought to pick up a phone. 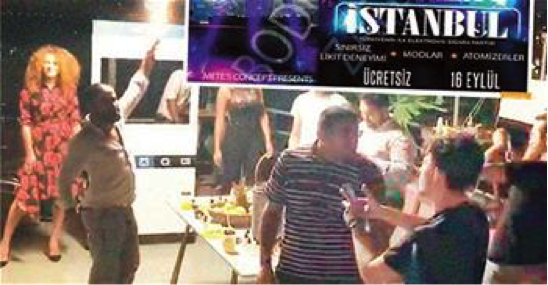 Unlike the people being dragged kicking and screaming into the new world, Reynolds Tobacco has seen the future with its Vuse ecig. Unfortunately for them the Farm Labour Organizing Committee has passed a resolution boycotting the product. The Union are demanding more involvement but Reynolds point to the formation of their Farm Labour Practices Group. Union VP Justin Flores said: “They can barely agree on what the committee's name should be, let alone what they're going to do - We've been getting a little further along in the conversation, but 10 years is long enough, and we believe they're not taking us seriously."

It’s hard to see how the boycott is going to encourage Reynolds to embrace the union. Likewise, it’s hard to understand how you keep a “Vape Party” secret from the Turkish police, especially when you’ve invited 800 people on Facebook.

Following news of the planned party, police placed the intended location under manned and camera surveillance. As soon as the event kicked off, on a restaurant terrace, the police burst in, arrested the organisers, and fined people for “smoking indoors”.

In comparison to all of this, it makes Britain seem an outstanding place to be if you’re a vaper!