Thailand has stepped up its war on vaping and is putting its foot down on the possession of electronic cigarettes. Vapers are being given a clear warning by the Thai government and the British Foreign Office: if you want to visit Thailand then you need to leave your juices and equipment at home. Travel agents are being encouraged to share this warning when customers are making their travel booking, and many of them have heeded the advice. 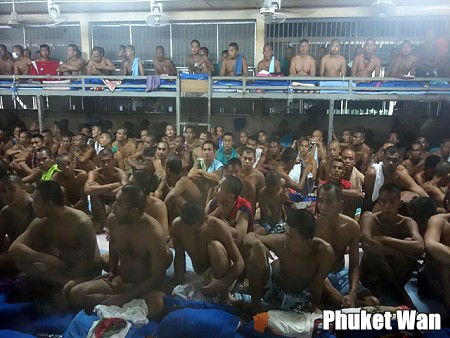 The original ban was introduced in 2014, but it is only recently that the Thai government has decided to clamp down on foreigners bringing them into the country.

A Kuoni spokesperson said: “We encourage our customers to be travel aware and to visit the Foreign and Commonwealth Office’s Travel Aware site for foreign travel advice before they book. Travel Aware information can be found on our website and our Personal Travel Experts in store direct customers to the site at holiday planning stages for specific country advice, including safety and security, entry requirements, travel warnings and health.”

The Foreign Office is advising all travellers: “You can’t bring vaporisers (like e-cigarettes and e-baraku) or refills into Thailand. These items are likely to be confiscated and you could be fined or sent to prison for up to 10 years if convicted. The sale or supply of e-cigarettes and similar devices is also banned and you could face a heavy fine or up to 5 years imprisonment if found guilty. Several British Nationals have been arrested for possession of vaporisers and e-cigarettes.”

Pat Waterton, Langley Travel, said: “I got a message from my sister saying James [her nephew] had been arrested in Thailand because he had an e-cigarette. He managed to pay the policeman [a ‘fine’ of £125], who had told him he could go to jail. Ten years seems a long time to go to prison for smoking an e-cigarette.”

“If I’m selling Thailand I will definitely mention it now. All agents should. Thailand is very popular so we should make sure we are telling people about things that could ruin a holiday.”

A spokesperson for spokesman for Thailand’s Tourism Authority added weight to the UK government’s advice and confirmed that these penalties can and will be given to vapers attempting to bring their equipment into the country.

Yvonne Montgomery, Aspen Travel, said: “I would probably mention it now. The last thing we want is our customers getting locked up.”

Susan Papworth, Premier Holidays, said: “Thailand is a big destination for us and since the law has come into force about e-cigarettes we are incorporating the country’s customs and immigration information into all our customers’ itineraries. We haven’t seen any impact on bookings, but strongly advise that all agents pass on this advice to their customers.”

Vapers planning on having a cigarette to help them cope during their time in Thailand are also set for a shock. The government announced a crackdown on smoking in July and looks set to place draconian sentences on people smoking too. For the time being, NRT looks like the only way forward. 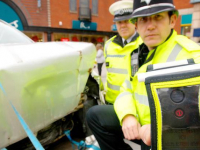