Karteek Kadimisetty is a postdoctoral researcher at the University of Connecticut. Somebody let him loose on a 3D printer and he came up with the notion of creating a low-cost, genetic toxicity-testing device. Unfortunately, as part of a proof of concept exercise, vaping has been roped in and (once more) maligned by those who don’t understand it. 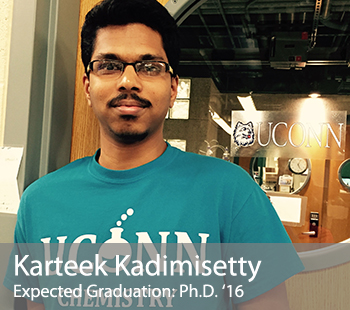 On a positive note, “this device can analyse vapour extract samples from cigarettes and water samples in 5 min for less than $1.00.” Offering a low cost and highly portable solution to environmental testing is a welcome addition, should it prove to work effectively. It is a pity that this particular study repeats errors and serves up the equivalent of the computer science phrase: garbage in, garbage out.

Then, from a very weak explanation of how samples were collected, the study makes some absolutely ludicrous claims: “Most chemicals in tobacco cigarettes and e-cigarettes are similar to slightly lower concentrations reported for e-cigarettes.” It’s confused and (ultimately) wrong.

“Usually, contents of e-cigarettes are loaded into a cartridge and used with a battery operated inhalation device that heats and converts a nicotine solution with additives into an aerosol.” Usually? Only if your sole source of knowledge lies rooted in one paper produced by Stanton Glantz!

Kadimisetty told journalists: “Some people use e-cigarettes heavily because they think there is no harm. We wanted to see exactly what might be happening to DNA, and we had the resources in our lab to do that. From the results of our study, we can conclude that e-cigarettes have as much potential to cause DNA damage as unfiltered regular cigarettes.”

His statement was included in a University of Connecticut press release declaring: “UConn researchers found that e-cigarettes loaded with a nicotine-based liquid are potentially as harmful as unfiltered cigarettes when it comes to causing DNA damage.” 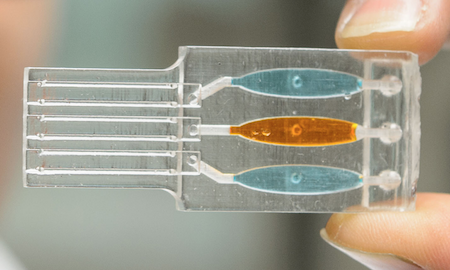 The United Kingdom Vaping Industry Association pointed out the obvious: “The public health research in the UK is very clear. Public Health England has found vaping is likely to be 95% less harmful than smoking. The Royal College of Physicians found that vaping did not exceed 5% of the harm from smoking. Earlier this year, Cancer Research UK stated that not only is vaping a safer alternative to tobacco, its long-term harmful effects appear to be minimal. Even though this study certainly warrants further research, the University admits that the device they used to measure toxicity is new and not as comprehensive as current techniques of measurement.”

“What we developed is very cheap to make, efficient, and can be used by almost anyone,” said senior researcher James Rusling. His lab specialises in producing ‘labs on a chip’ to the pharmaceutical industry, and Rusling went on to suggest that this new chip could be used in monitoring or detection applications, and as part of drug development.

Images from the University of Connecticut 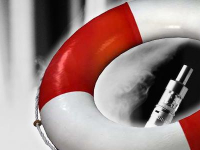