Professor James Pankow has a history with vapers, having gone to not very great lengths to ensure sound scientific practice in a prior study. Now he repeats all of his previously highlighted mistakes to produce another load of hogwash. Pankow claims to have demonstrated that vapers face a strong risk from the highly dangerous chemical benzene. It’s utter nonsense. 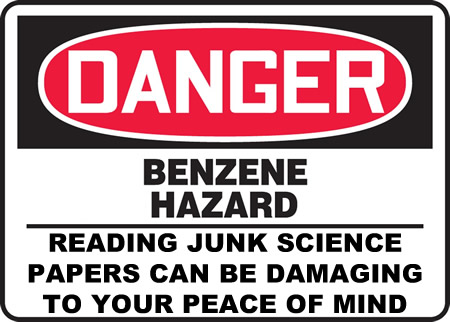 Portland University’s Pankow worked with fellow professor David Peyton on a laughable study claiming to find huge levels of aldehydes in vape, in 2015. It was clear that all they managed to do was dry burn coil after coil, something no vaper would put themselves through while vaping.

Doctor Farsalinos debunked the study at the time, writing: “The main finding from this study was that flavoured e-liquids contain…flavours.” The research, he confirmed, “found nothing new.”

So great was the backlash that Peyton was moved to distance himself from the coverage, claiming that it was not his intention to place the results in such light and hoped it would simply offer a springboard for further study.

"The fact vaping can deliver benzene levels many times higher than those found in the ambient atmosphere — where it is already recognised as a cancer risk — should be of concern to anyone using e-cigarettes. Please, stay away from high power if it's available on your device," he is reported as saying, following the release of his paper. 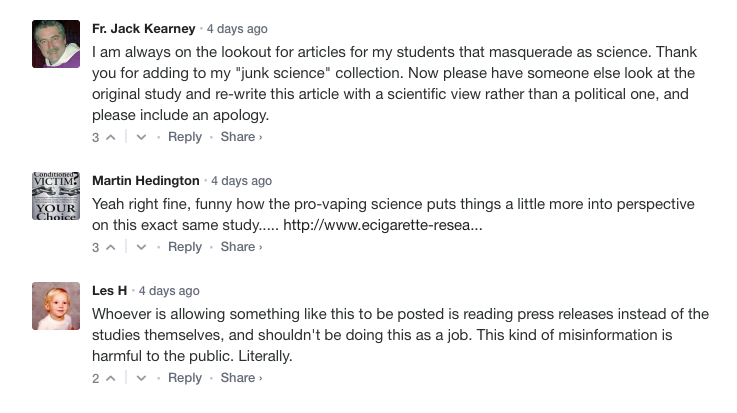 What did he and his team find?

“The amount of benzene the PSU scientists measured from e-cigarettes depended greatly on the device. With one device operated at high power, and when the e-cigarette fluid additive chemicals benzoic acid or benzaldehyde were present, benzene levels were thousands of times higher than in ambient air.”

It sounds shocking, especially if you look at the tabloid coverage than mentions paint and a load of other products. The journalists looked no further than his press release and copy-pasted the benzene risks.

Had the papers bothered to contact an expert for comment they’d have found a willing authority in Dr Farsalinos. He points out that the team not only used a bizarre eliquid (they manufactured themselves using ingredients nobody uses), but also repeated the old mistake of dry burning. 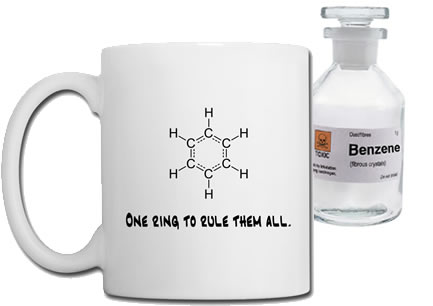 Farsalinos sums up the stupidity of it all: “The press statement mentions that: ‘The power levels used in the study were still far below those accessible to users on some devices, which can exceed 200 watts’. This statement is similar to saying that: ‘We crashed with a car in Trafalgar Square with a speed of 100 mph, but still that was far below the 150 mph speed that cars can reach’. Another similar statement would be: ‘Eating 5 kg of vegetables in one meal can lead to death, but that is still below the tens of kg available in grocery store where customers buy their vegetables’.”