The Malaysian health ministry has commissioned a study that (amazingly) finds results that justify the actions it wanted to carry out in the first place. Now the government has to pretend to debate the matter before joining other countries in the region, and clamping down on harm reduction rather than encouraging it. 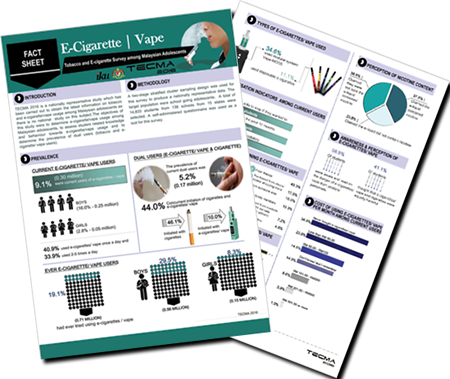 “To me, zero vaping is as much a goal as zero smoking,” said Malaysian doctor Abdul Razak Muttalif, director of the National Institute of Respiratory Medicine, following the release of findings from a Farsalinos survey, last year.

Malaysian National Cancer Society’s Dalilah Kamaruddin previously said: “You cannot use liquid nicotine no matter how small the dosage, for fear that its absorption into the blood stream may produce mutations which create chemical imbalance in the cells.” Advocating an outright ban, Kamaruddin completely invented a cancer threat.

The Control of Tobacco Product Regulations 2004 Act will be replaced in 2017 by two new laws covering vaping products with and without nicotine. In order to justify cracking down on vaping the government has carried out a study.

Some of the results would cause concern, but the study is tainted by the ignorance and zealotry surrounding the debate in the country. For example, it claims that one in 5 children smoke at the age of 10, and one in ten students announced their intention to smoke in the future.

They have a similar figure for vaping – 20% have tried it, although they do not provide raw data for independent analysis. They claim 10% of children regularly vape, which equates to 255,000 students. Of these, oddly, 41% only vape once per day – which doesn’t sound like regularly vaping at all. 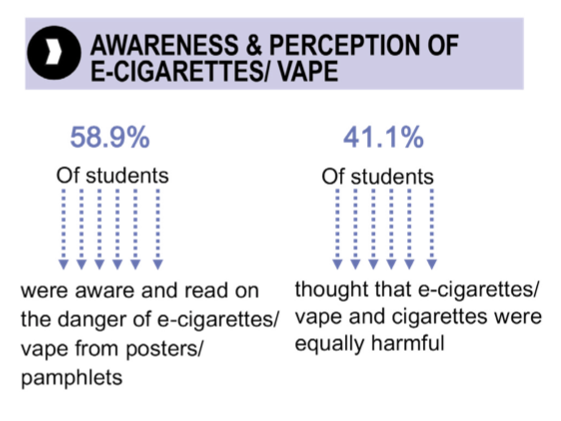 The ever use figure can only have been included because it produces higher (albeit meaningless) numbers. But then Deputy Education Minister Datuk Chong Sin Woon needs something to get worked up about: “We must look into intensifying anti-smoking campaigns in schools. Meanwhile, the relevant authorities must step up their enforcement efforts. We cannot allow the sale of cigarettes to students.”

The education department must be doing their job well, almost 60% of students are fully aware of “the danger of e-cigarettes” from posters and pamphlets. One might wonder what dangers they contain?

It prompted Dr Rashidi Mohammed to go on the offensive. Representing the Nicotine Addiction Research Group at University Malaya, he said: “there is not much evidence supporting e-cigarette use as an alternative method for smoking cessation.”

Then, going all-out to win Biggest Malaysian Liar 2017, he added: “(Dual use) is hazardous as it may result in nicotine overdose, which can lead to death. This can strengthen their addiction to nicotine, which hooked them to cigarettes in the first place.”

Datuk Subramaniam, the minister for health, said: “We hold firm that there is no safe level limit for the use of nicotine. And we oppose recreational use of it at any level. Beyond causing addiction, it also affects biological processes related to foetal growth and development, the heart, the central nervous system, and causes cancer.” 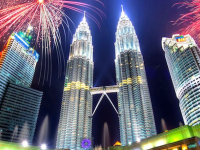