Doctor Sanjay Agrawal, Leicester NHS Trust, discusses e-cigarettes compared to smoking in a publically released video. Agrawal was recorded at the 2016 World Conference of Lung Cancer (WCLC) of the International Association for the Study of Lung Cancer (IASLC) in Vienna, Austria. 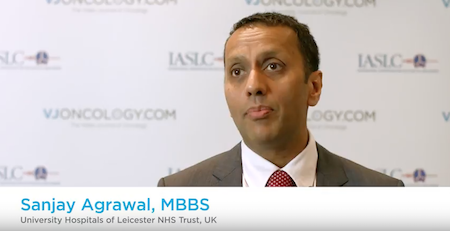 "We know that smoking is still the biggest single cause of lung cancer. More than 85% of people with lung cancer have it probably because they smoked. We know that about a third of people who come to our lung cancer clinic are still smokers, and so we need to do whatever we can to help them stop smoking."

"For many patients, the best way to get them to stop is to refer them to a stop smoking service. They can use tablets, patches, as well as behavioural support to stop smoking. There will be some patients though who have already had those medicines and who don’t feel confident to quit smoking that way – they’ve tried it and it didn’t work out for them. So many will want to use vaping or e-cigarettes to help quit."

"We know that most people who start e-cigarettes do it because they want to quit smoking. That’s their motivation. So, we know (certainly in England) the rate of smoking has reduced over the last few years since the use of e-cigarettes has gone up massively. So we think that using e-cigarettes can be an aid to stop smoking. Although we know that it [vaping] is not entirely harm-free, it’s much safer than smoking tobacco."

"It’s going to depend on what country you are in, but certainly in the UK, there are vaping shops all over the place, in cities and towns – and people usually buy their own because it is not something that we prescribe or use. Now in the UK, there’s no licenced e-cigarette, so even though we could prescribe one in theory if there was a licenced product, there isn’t one at the moment."

"At the moment there are lots and lots of studies coming through. The Cochrane Review looked at e-cigarettes three or four years ago, and it showed they help people in quitting, and it showed the rate of people quitting was greater for those using e-cigarettes rather than not. The short-term side effects were equivalent in placebo to nicotine e-cigarettes. They appear to be safe in the short term. I’m afraid we don’t have any long-term data because they are still a relatively new product."

“And another thing you have to say is that the products are evolving massively, so each year you have new e-cigarettes products, and so it’s hard for research to keep up, because by the time a research study is completed the e-cigarettes market has moved on.” 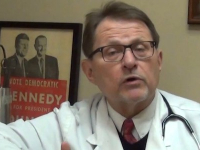 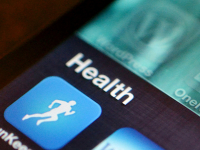