In addition to appeals to Donald Trump being made on behalf of the vaping community, and ridiculous studies denying the existence of a health dividend, what is happening in the United States? The answer is more bogus research, bans on beaches, and vape-related violence. 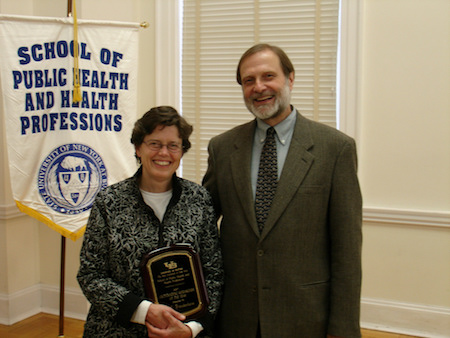 Jo Freudenheim has just picked up a cool £80,000 ($100,000) grant from the Prevent Cancer Foundation to see how vaper lungs differ to those of a smoker. “E-cigarette use is increasing rapidly, including among young people who never smoked cigarettes,” she says while announcing her bias to the world. “There’s a lot of interest in understanding how e-cigarettes affect the body. The FDA, in particular, is very interested in data about the biological impact of e-cigarettes. This study will contribute to that. It’s only one piece of a puzzle, but it’s a potentially important piece.”

Maybe she could trouser the money and simply point the Food and Drug Administration in the direction of this week’s University College London report covered in another article? Or maybe the discovery that lungs are vastly improved by switching to vaping wouldn’t please her paymasters.

At least she won’t be subjected to the same level of abuse as Stanton Glantz claims happens to voluntary enforcers of his smoke-free campus movement. Not sounding in the slightest bit Third Reich, his latest study involved interviewing “68 key informants” to explore their “experiences with tobacco policies, and their perceived benefits, drawbacks, and outcomes”.

Glantz isn’t happy with the findings; he wants Californian universities to crack down on people flouting the tobacco (read vape too) campus bans. In The carrot and the stick? Strategies to improve compliance with college campus tobacco policies, he demands students are cautioned and line managers deal with their underlings.

“In our building”, whines one of his interviewees, “we have a courtyard, and then in that courtyard we have several signs that say, ‘No smoking within 20 feet.’ We still have people smoke right in front of them.”

Another asked: “Do we really want students accosting and confronting faculty and staff members about their smoking? Do we want students tackling each other about this?” – because, “A townsperson, an adult … was very obnoxious and resistant. Basically told [the student] to go ‘f*** himself’.” 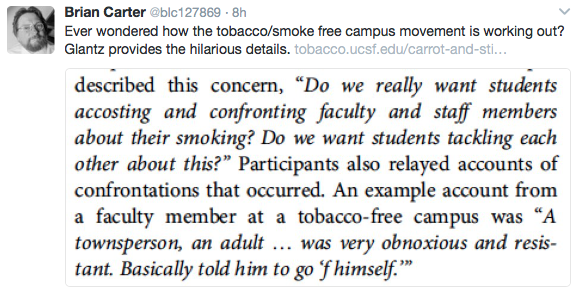 People might be tempted to use similar language in Hollywood, South Florida. Smokers and vapers face being banned from smoking or vaping – on a beach! Vapers face being fined $50 for a first offence, $100 for a second, and up to $200 for any further incident. And they’d better have deep pockets if they are caught vaping in one of the city’s parks as a $500 fine will be levied.

Bob Ferro owns a diner on the beachfront: “It's ridiculous. Are we going to have police out there giving tickets? They'll never be able to enforce it. The Hollywood police have better things to do than tell someone to stop smoking.”

Well, if they want an enforcer then maybe Hollywood’s officials should get in touch with Wando High School. Apparently, a student took a Black Ops Tactical Sniper Rifle into school after he had his ecig taken by another student.

The Mount Pleasant police incident report stated, “The first student threatened to shoot the second student in the head with a pellet gun if he didn't give the e-cig back. The student admitted to making the comments but claimed to mean he would shoot a picture of the student”.