Clive Bates, long-term advocate of vaping as a harm reduction tool, spoke to American Enterprise Institute’s Resident Scholar Sally Satel and argued that the Food & Drug Administration (FDA) and the Centres for Disease Control (CDC) have manufactured alarm about vaping to justify restrictive regulations that will destroy the market and harm consumers. 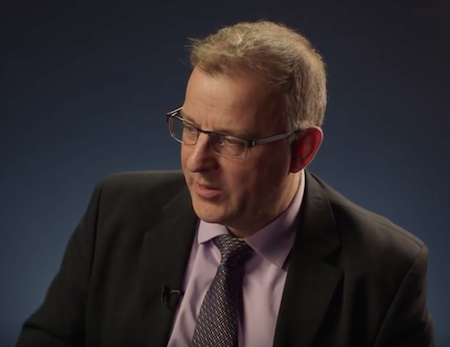 Bates says: “I think that with any regulations, the starting point should be ‘what is the problem/risk to which this regulation is the solution?’ And the problem for the FDA is there actually isn’t very much wrong. In fact, there’s a lot right. So we’ve seen there’s now 38 million smokers in the US, about 8.5 million vapers (and about 2.5 million of them are people who no longer smoke).”

It illustrates how vaping has become a large entity, and has worked to help a huge body of people to quit. “But there’s nothing really going wrong,” adds Bates. “Most people who do it are quite happy about it or they wouldn’t be doing it. Many have stopped smoking; many are getting short-term benefits from it. Smoking among adults is at a record low and falling rapidly, smoking among teenagers is at a record low and falling rapidly – what’s not to like? What is the problem?”

Whatever the answer to Bates’ question is, it certainly is one for the lawmakers of Washington DC. Muriel Bowser, the mayor, is set to sign off on America’s toughest anti-tobacco laws. The trouble is that, like many places in the States, vaping is considered a tobacco product.

Her office issued a statement: “This legislation will build on previous Administration efforts to promote healthy and active lifestyles and improve health outcomes for District residents for years to come, especially among our youth who often become overly exposed to tobacco products at an early age.”

Vapers under the age of 21 will no longer be able to legally purchase products. Even if they could, the places where they used to be able to vape will vanish overnight. Sports stadia, national parks, workplaces, bars and restaurants all become no-go areas for vapers early next year.

This is all fine and well, but teenage smokers will still be able to purchase traditional tobacco cigarettes for another twelve months. Politicians would have included measures to clamp down on this but they find themselves unable to balance the books. Teen smokers contribute $1 million in sales taxes and Mayor Bowser values their cash more than their health.

The local level is behaving in the same manner as the national one. “You’ll see studies talking about flavours, gateway effects, additives and so on,” continues Bates. “All of these things are essentially designed to create a sense of alarm that justifies a regulatory intervention.”

“One of the really terrible consequences…is the misalignment of the perceptions of risk in the American public, between what is real about e-cigarettes and what they think.”