Two weeks ago, we covered the release of a new study by the Desert Research Institute (DRI). Its launch was accompanied by an extensive and effective media campaign that ensured it got maximum coverage on news sites. We pointed out some of the limitations of the study at the time and, this week, Doctor Konstantinos Farsalinos attacks it too.

The research, published in Environmental Science & Technology (ES&T), a journal of the American Chemical Society, “reports that the aerosols (commonly called vapours) produced by flavoured e-cigarettes liquids contain dangerous levels of hazardous chemicals known to cause cancer in humans”, according to the DRI.

Lead researcher and associate research professor of atmospheric sciences Andrey Khlystov claimed that he had provided evidence linking the flavour agents in eliquids to the production of aldehydes. Keen to grab headlines, he said: ““One puff of any of the flavoured e-liquids that we tested exposes the smoker to unacceptably dangerous levels of these aldehydes, most of which originates from thermal decomposition of the flavouring compounds.”

Following the press coverage, Dr. Farsalinos received a large volume of correspondence from vapers. They were expressing concern over the possibility that eliquid could produce large volumes of aldehydes, comparable (according to Khlystov) or in excess of that found in traditional tobacco cigarette smoke. 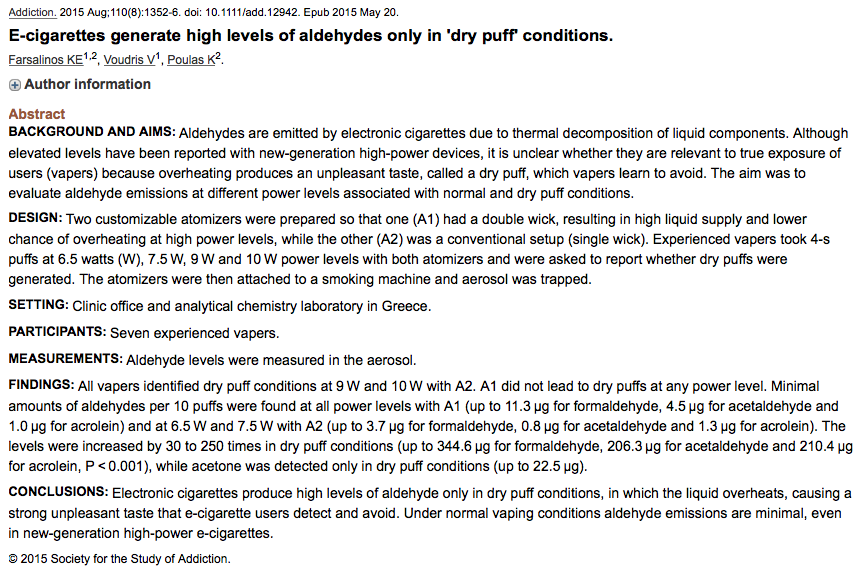 It amplifies the bizarre nature of the DRI’s findings; on one hand unflavoured liquid that should produce aldehydes with dry hits didn’t, and Watermelon managed to produce four times the aldehydes found in cigarette smoke on the other.

But Dr. Farsalinos aims to get to the bottom of it. He has written to Khlystov, asking him for details regarding the methodology, and plans to repeat the experiment. Unfortunately Khlystov has yet to reply to the good doctor, we hope he does as we look forward to the new set of results. 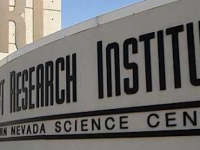