The UK isn’t the only place launching an attack on independent juice makers. In what could be indicative of things to come for British liquid producers, Indiana has placed a single firm in control of dictating which companies are allowed to produce juices in the American state.

In an odd move, Mulhaupt’s Incorporated has been handed the task of deciding which makers will be allowed to bring products to market. Odd because Mulhaupt’s were previously a security firm solely focussed on things such as security doors, locks and safes.

That doesn’t begin to cover the “clout” the firm has been granted. Mulhaupt’s is free to pick and choose who they wish to conduct business with, and under no obligation to acknowledge applications from companies it doesn’t want to deal with. Nor does it have to release details of those it has decided to ignore or refuse application from. What has swiftly become apparent is that the bulk of those being cold shouldered are the smaller independent vape companies – and only six manufacturers in the entire United States have been granted permission to sell in the state. 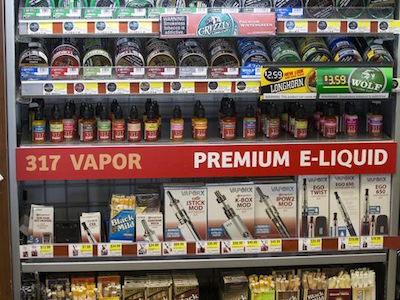 The conclusion is stark: if a vape store relies on supplying non-approved liquids they face having to close down or move out of the state. It results from an Orwellian law that the American Vaping Association’s Greg Conley called “crony capitalism” when it was introduced in 2105. It is easy to see why when you discover the senator who sponsored the bill represents the district where Mulhaupt’s is based and the company’s lawyer has ties to politicians who voted for it.

The security aspect applies to the premises owned by juice makers, and requires them to pay substantial amounts to companies like Mulhaupt’s in order to become certified. Stories are emerging of independents being rejected for supposed late applications, but they are fortunate they were even told of a reason; many others have heard nothing.

The whole process in appointing Mulhaupt’s could best be described as grubby, and led to Hoosier Vapers filing a legal challenge. It was rebuffed by a county judge earlier this month, unsurprisingly, leading some to question what influence had gone on.

The new law has resulted in a situation where a single company has a monopoly on deciding who gets to do business and places a barrier on any new entrant to market. British vapers will be left hoping the MHRA are not given similar powers in future. 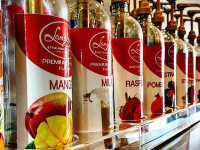 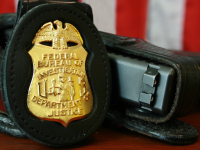