The New England Medical Journal (NEMJ) carried an article where a doctor posed a hypothetical situation of a man seeking to quit smoking. “What,” writes James Yeh, “is your recommendation for this patient?” Christopher Bullen and Stanton Glantz provide the solutions. 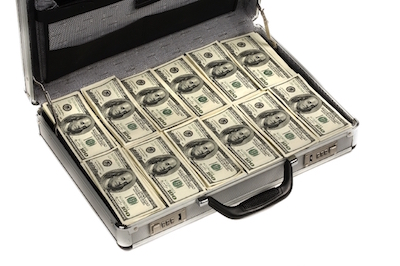 Yeh sets the scene in the NEJM piece: “Mr. O’Malley is a 29-year-old man whom you are seeing for the first time for a routine health check-up. He has a medical history of obesity, hypertension, and childhood seizures.” This patient has heard of ecigs and is keen to try them in order to give up a thirty-a-day habit, developed since his teens. We peek into other aspects of the patient’s life: his marriage, the lack of children, his weight problem and previous failed quit attempts. He is, in effect, us before vaping.

The alternatives are simple:

Christopher Bullen is a researcher and public health doctor from New Zealand who has been advocating the use of electronic cigarettes: “If people are going to continue to use them for the nicotine and to prevent them relapsing back to smoking tobacco…that’s got to be a good thing.”

Even so, Bullen struggles to convey his enthusiasm in the article. He suggests that the first step should be evidence-based treatments along with behavioral support and not ecigs. “[The patient] should not be actively discouraged from trying e-cigarettes,” he continues. “The aim should be to reduce the use of e-cigarettes over time,” he continues, “with the ultimate goal of complete abstinence.”

If the support for vaping is luke-warm so far then imagine the response you get from Glantz…a man who is not medically qualified and receives his large funding from the manufacturers of traditional nicotine replacement products. 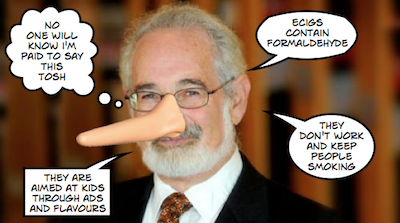 He tells us that the “U.S. Preventive Services Task Force concluded that evidence was insufficient to recommend e-cigarettes for smoking cessation in adults because of conflicting and limited evidence.” Then he goes on to repeat the lie that current evidence: “indicates that smokers who also use e-cigarettes are actually less likely to quit smoking than smokers who do not use e-cigarettes.

Then he pens 217 words telling everybody reading about how wonderful traditional NRT products are, including the drug varenicline, before trotting out the nonsense regarding aldehydes in vapour and the mysterious “microparticles”.

It’s abhorrent and shameful that a Big Pharma shill is allowed such exposure to deliver bias and corrupt information to the medical community.

Writing in another article, Jeff Stier calls for American doctors to learn from their British counterparts: “From medical schools, to credentialing organizations, the entire American medical establishment needs to kick the habit of providing politically correct quit-smoking advice, and replace it with up-to-date medically validated harm reduction advice which includes e-cigarettes. They should do so as if their patients’ lives depend on it, as the Royal College of Physicians has now made clear it does.”

For as long as Glantz is given the oxygen of publicity, American doctors are not set to learn much. 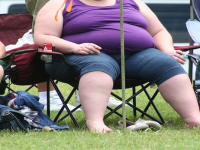 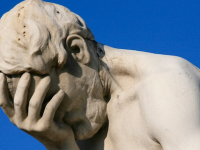 Stupid Continues Its War On Vape