We recently reported how American states are taking action against electronic cigarette companies. Then we mentioned that some vapers have seen an opportunity to try to grab money from some juice manufacturers with speculative suits. Now it transpires there are people in the States who feel someone else should be to blame for them not being able to be safe with Li-ion cells. 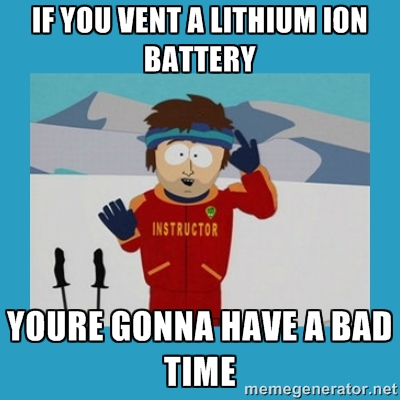 If there were a state in the U.S.A. that is most likely for such a frivolous legal action to be taken out then it’s California. Spencer Beck lives in Orange County and claims he had a Li-ion cell explode in his trouser pocket. “All of the sudden I heard this noise and felt heat, it was like a road flare went up in my pocket," said the ignorant vaper. "I had no idea that this could happen.”

Meanwhile, over in Pismo Beach (but still remaining in the Golden State), Darin Dryoff is also planning how he is going to extract millions from a booming vape industry. Even better for him is that he didn’t even have to pay for the equipment as they were a present from a storeowner.

According to his lawsuit: “When [he] pressed the button on the Kennedy Atomizer, the e-cig exploded, igniting his right hand, and sending hot metal shrapnel and debris toward his face and hands.” 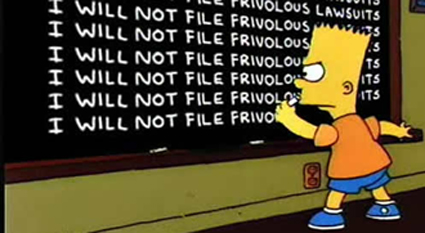 What’s that? He pressed a button on his Kennedy atomiser? That must be an RDA we’ve not seen the likes of over here in the UK. Could it be that the fool hadn’t read the reasonable disclaimer that Kennedy Enterprises posted clearly on their website: “Rebuildable atomizers are for the experienced vapers with access to multimeters and a working knowledge of how electronic devices work.  Please ensure care is taken as to not cause damage/harm to the atomizer, vaping device, or yourself”?

Dryoff, like Beck, claims the manufacturer and the store had an obligation to mollycoddle him through every vape he took. He claims Kennedy failed to make sure its products were safe before they went to market and that the shop “failed to warn Dyroff of the potential risks of an explosion.” It’s a dripper. To what extent should he bear responsibility for the consequences of his own action (and inaction) in the matter? Why not discuss it on the POTV forum. 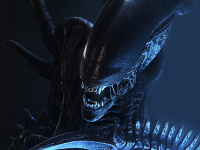 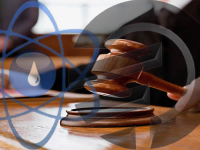 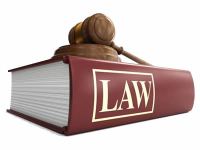