APHA claims to be the primary voice for US public health advocacy. Every year they hold an annual conference and the topic of electronic cigarettes features in presentations. Not one of the people presenting “research” about electronic cigarettes declared a relevant financial relationship that, at best, is disingenuous. The expositions were, for the most part, predictably miserable.

At this year’s conference topics were placed into two groups: one for “Use, perceived harm, marketing and taxation” and the other had the heading “Rapidly advancing on our shores”.

Jennifer Duke led a team from Ohio presenting information about their “examination of data from an online survey of 5,020 youth aged 13 to 17”. In it they claim to have discovered that “U.S. e-cigarette advertisements provide positive e-cigarette messages to youth who are at risk of future initiation.” In other words – they will take up vaping because they’re told to even though statistics show this isn’t happening.

Andy Tan’s team have discovered that 58-75% of adult Americans don’t know what’s in vape. They automatically assumed that second-hand vape is a bad thing and were shocked that some people didn’t share their perspective. This means they demanded different product labelling and a public education program (that presumably none of them would profit from).

It was the exceptionally worrying lack of public health and safety that offended Robert Garcia & chums. Regulation, they say, is desperately needed to protect the public and shop workers from themselves given the huge lack of any incident occurring over the last six years. But they hail from California so that probably says all that needs to be said about their work.

At least Cuomo et al were honest about their study: “Though limited in its findings...” They spent their time in a worthwhile fashion looking at vape stores online and worked out the average price of a disposable ecig. It may interest you to know that this is $7.17 – although it probably won’t. Their conclusion: “Given easy access and low pricing, further research will be necessary to explore the impact of e-cigarette Internet vendors on user initiation and uptake.” By which they mean ‘we want more money to spend more time shopping online for no real purpose.’

Jen, Blair, Sarah, Greta, Cindy and Denise have used their time wisely to create a matrix of vaping terms. They felt that public health experts needed to be more aware of the culture and terminology of vaping. Many vapers might think that the experts would be better off taking on board the literature supporting vaping as part of a harm reduction strategy rather than discovering what “Because clowdz, bro” means.

Heckman and associates discovered that smokers like cigarettes and would only consider ecigs if they were cheaper; sterling work and great use of an online survey. It’s worth remembering at this point that all of these people hold doctorates after having spent around seven to ten years studying at university. It’s also worth noting that they all get paid money to produce all of this nonsense and attend conferences to speak to each other.

Amanda Terry and Ning Zhang opted for a different approach – they had no research at all. Instead, they held a session where all the attending public health experts could chat about the unsupported reasons why they thought children were at risk from evil nicotine or, in their words: “Discuss how behavioural beliefs, normative beliefs, and control beliefs are associated with youth e-cigarette use.” They probably patted each other on the back afterwards.

Huang, Chaloupka, Chriqui and Gourdet performed “Multivariate regression analyses ... to examine the impact of OTP tax structure (ad valorem and specific tax ) and OTP excise tax rates on retail prices and price gaps/variations, separately for each OTP category.” Blimey, you are probably saying, that sounds a bit intense. Indeed it is. They proved that the more tax the government puts on vape products the more the products cost consumers. Absolute genius.

Gorgiana Bostean skipped doing research of her own too, she borrowed the 2013-2014 California Healthy Kids survey. The sociologist decided that the interpretation of the data means (a loose interpretation) that vapers are possibly smokers, alcohol users, smoke marijuana, are a bit dim, have stupid parents, don’t think occasional cigarette smoking is risky, have access to cigarettes, are probably depressed and enjoyed a poor education experience.

Mr Lee from Buffalo studied 20 smokers and found that they took longer drags on (unspecified) cigalikes than they did on cigarettes. “Such compensation mechanism may be driven by smokers’ desire to inhale similar doses of nicotine as they got from tobacco cigarette.” Ground-breaking stuff.

Dual users smoke less than smokers who don’t vape, according to a team from Chicago. That will probably be because they are vaping instead of smoking. The team also uncovered the revelation that smokers take up vaping with a view to quitting. Without anything approaching substance they said that dual use was: “unlikely leading to substantial harm reduction benefits.”

The guys from the Department of Applied Health Science at the Indiana University School of Public Health skipped actual research, or the need to be factual, when they declared that clever use of maths could show that vaping “appears to act as a gateway to cigarette use”. That none of the UK data supports this nonsense doesn’t matter – and nor do our personal experiences because “the result does not support the notion that e-cigarettes are useful for quitting”. The department almost definitely, absolutely, probably doesn’t receive funding from pharmaceutical companies.

Pugatch & Co taught a computer to analysis vape-related Twitter content. Public health’s Big Brother will continue to be watching you as they found that “e-cigarette conversations on Twitter change over time, and provides a model for continuous surveillance of Twitter data.”

Meanwhile, in Ohio, it took six public health experts to use Google. They entered the terms “e-cigarettes”, “e-cigs”, “e-juice”, “e-liquid”, “e-hookah” and “vape pen” into searches in order to discover how manufactures sell their goods online. What will be amazing to all of us who actually buy online, they claim: “that age verification is used intermittently”. Truth and public health research do not appear to make good bedfellows.

And so, finally, to Catherine Henderson and the results of her team’s study. They asked people undertaking drug-treatment programs what they thought about vaping. Following on from the wall of stupid detailed above in this article you may expect that this will be yet one more ‘ecigs are bad, mkay’ tale. Wrong. They advocate the use of electronic cigarettes “in the addiction treatment population as a way to reduce tobacco-related health risks.” Wonders will never cease.

All of these presentations will be filtering through to the scientific journals in the coming months and, based on past events, will be picked up by the papers with some salacious headlines. In the meantime we can but marvel at the amount of money being spent on second-rate research and exercises in futility. 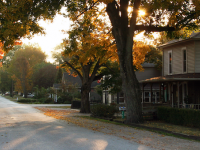