Norsk Dampselskap is a vapers’ organisation with the goal of fighting for and protecting the rights of Norwegians who wish to use electronic cigarettes to defeat their addiction to cigarettes. Overturning the ban on eLiquids containing nicotine is at the top of its list, but they have recently published details of the Norwegian government’s clamp down on vape shops. 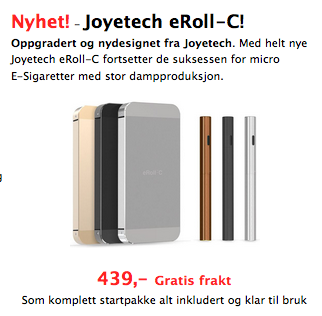 Stumbling through the Google Translate minefield reveals that the Norwegian Directorate of Health (DoH) is threatening Norwegian online vape stores with fines. The DoH is demanding online retailers remove any comment or image they perceive as portraying a positive image of vaping.

The news will send shivers through the British vaping community as the UK faces a catchall Tobacco Products Directive ban on “promoting and advertising of e-cigarettes by print, radio, televisual or public event media.” The news is all the more perverse given that none of these retailers sell anything containing nicotine (in compliance with the current ban).

DoH’s deputy director Hilde Slide Ulstad said: “the law defines advertising as mass communication aiming to promote sales and that sites violate the law if they contain pictures of products, trademarks or use. It is also not permitted to use illustrations of e-cigarettes and prices in colours other than black on white.” 95% of his sales are generated through the website.

The law also compels vendors to use bland product descriptions and not give any indications of benefits or positive reviews of the products – regardless of whether they contain nicotine or not. “Those who do not comply may be fined,” added Ulstad.

Shop owner Jansen Head is concerned; claiming that it will inhibit his ability to help customers select the right product, hurt the business and possibly causing it to close. It is a view confirmed by Norway Today that states: “This is probably the end for e-cigarettes.”

The Waterspout blog, previously dedicated to providing product awareness, is joining Norsk Dampselskap’s political campaign. It refutes the government’s actions as “particularly unfounded and unfair.” British vapers will empathise with such feelings and left scratching their heads at the level of incomprehensibility of Norway’s stance. Norsk Dampselskap can be found at their website and on their Facebook page. 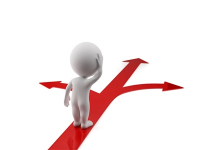