Limitless are one of the most recognizable brand names within the vaping industry, and their latest product is the Limitless Pulse. Designed by Asher Dynamics and manufactured by Ply Rock, the Limitless Pulse is a discreet pod system device, albeit one that offers refillable pods with a 1.5ml capacity so that you can use your own choice of eliquids!

Designed as a lightweight and easily pocketable device, the Limitless Pulse is aimed at those looking for a discreet device that they can take out and about with them, and it's also aimed at those making the switch from smoking to vaping. A changeable LED light display on the Pulse gives it a unique appearance that sets it apart from other pod systems on the market.

The pod system market has grown massively over the past year, appealing to newbies and experienced vapers alike, and a raft of different pod system devices are hitting the market on an almost daily basis. Does the Limitless Pulse stand out from the rest? Let's find out... 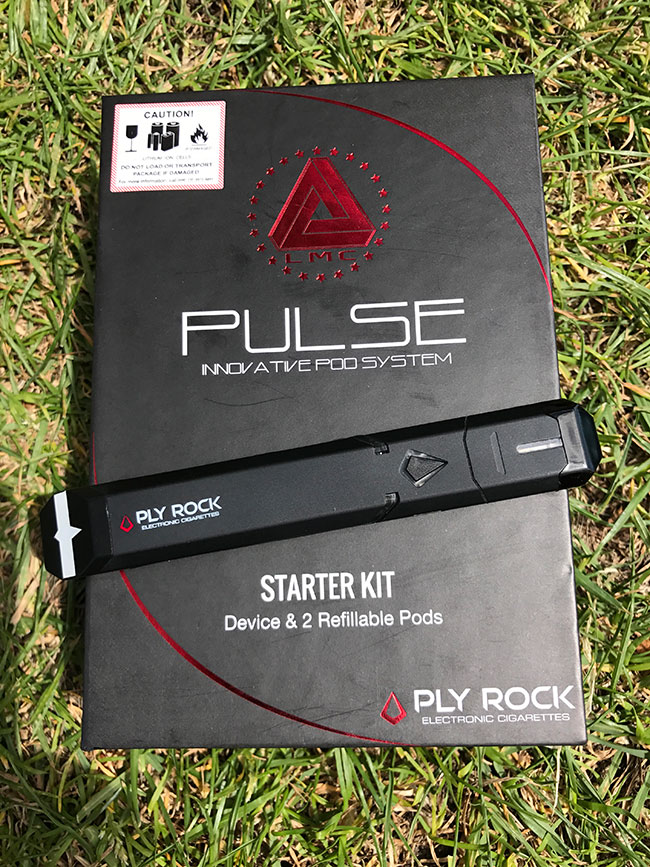 There's a very futuristic feel about the Limitless Pulse, from the packaging, to the QR code user manual and this carries through to the Limitless Pulse device itself. It's a very small, lightweight pen styled mod that has a unique LED feature, the Limitless Pulse can display different LED colours which can be changed with a button press, I found this to be a really cool feature! 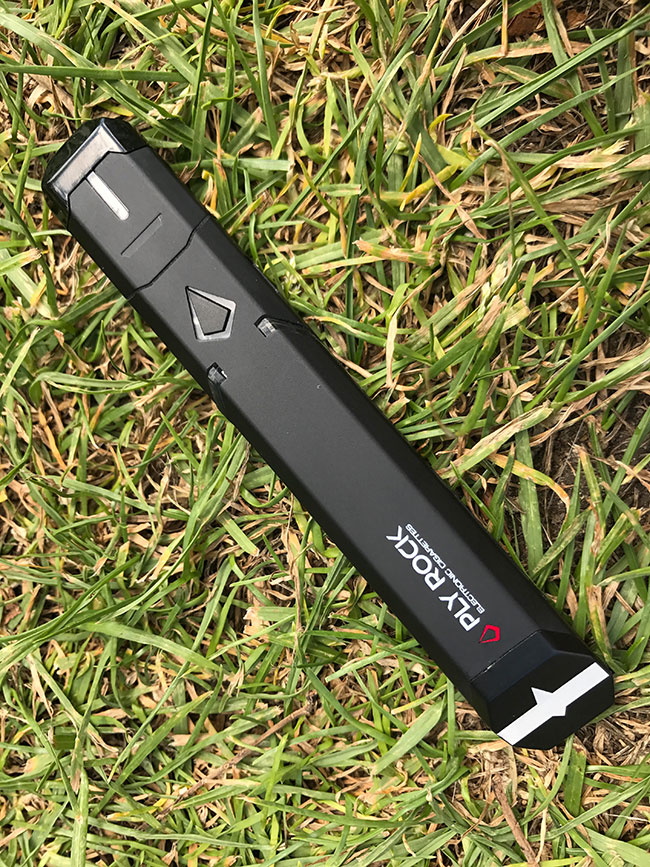 Powered by an in-built 380 mAh battery, which should last users the majority of the day, the Limitless Pulse is recharged via the USB port located on the side. The Limitless Pulse also has a fixed power output of 8 watts with two small airflow holes located at the top of the device.

Although it is lightweight there is a bit of a plasticky, rattly feel about it, which does cheapen the feel of it somewhat. It's also one of the longest pod system devices I've come across as well, easily dwarfing the BO One or Von Erl for example. That being said, it's still a device that you can easily carry around in your pocket. 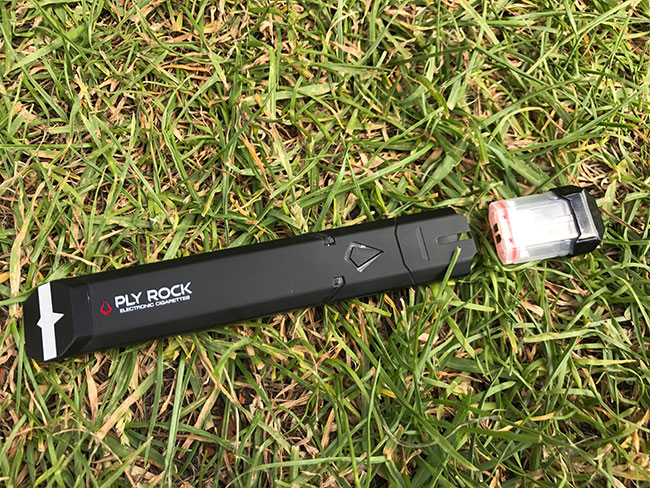 Rather than offering pods that are pre filled with e-liquid, the Limitless Pulse has a refillable pod system, which can be refilled with your own choice of eliquid. To refill the pods, you take off the mouthpiece on the pod (which can be a little stiff), and carefully open the silicone bung which is marked with an arrow.

You'll need a thin tipped nozzle in order to refill through the small filling port, and I've found the Pulse can cope with liquids up to 70% VG however it works best with 50/50 or 60/40 VG/PG eliquids. After refilling for the first time you'll need to let the eliquid sit in the pod for a couple of minutes to allow the wick to fully absorb it and prevent the risk of dry hits or a burned taste.

I've found that the pods can be refilled at least 8 times on average, giving you good mileage out of them, and spare pods are available to purchase separately. I normally vape 6mg e-liquid in tanks and 3-6mg in drippers, however I personally have needed to use 18mg eliquid or 20mg nicotine salt based eliquid in the Limitless Pulse pods in order to get my fix from it due to the lower power and tighter draw. That does make it perfect for a quick nic hit! 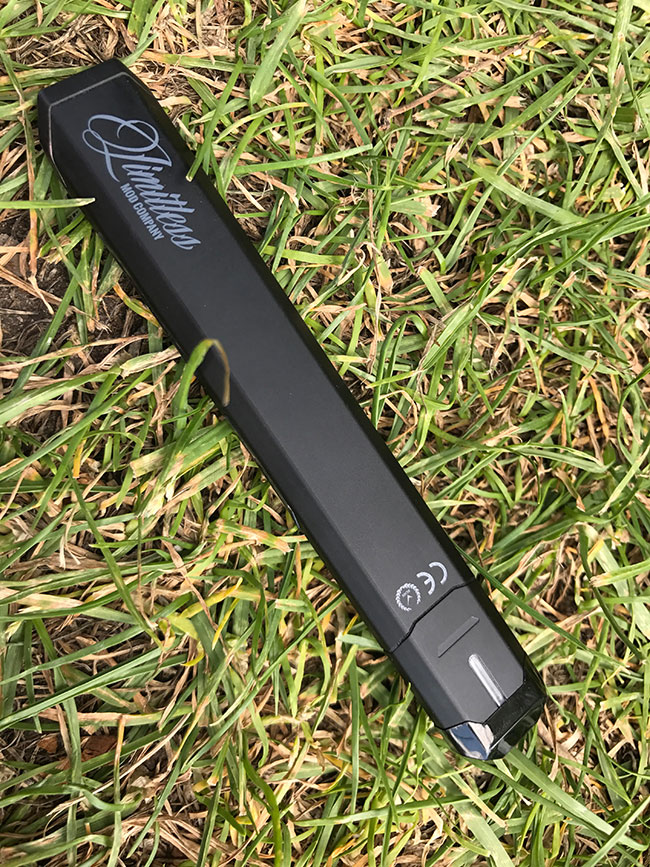 Firstly, you'll need to fill the pod with your choice of eliquid using the method I have described above, and replace it in the Limitless Pulse. The pods can be a little stiff when going back in, so do try not to force them in with too much pressure. Out of the box the Limitless Pulse will be turned off, so you'll need to press the button located at the front 5 times to turn it on.

The button at the top is used to turn the device on and off, a handy safety feature, and you can also change the colours of the LEDs displayed on the Limitless Pulse. Red, cyan, light green, dark green, light blue, blue and purple colours can be displayed. If these aren't to your fancy, you can turn the LED lights off entirely with three clicks of the power button.

No power button is present on the Limitless Pulse, you simply take a draw on the pod to fire it. It's designed to offer a mouth to lung draw, although it's somewhat looser than many other pod systems I have tried, and the fixed power output of 8 watts just feels a touch underpowered. The flavour is fairly good for a pod system, I found that you need to take a pretty long draw on it to get the best from it, and it produces the most amount of vapour from a pod system that I have tried yet. Just don't expect room filling clouds- it's a mouth to lung device after all!

Battery life is a plus point with the Limitless Pulse. It features a 380mAh built in battery, which I've found lasts most of the day, and this is recharged via the USB port located at the side. It charges up quickly as well, a full charge from a flat battery takes around 45 minutes on average. 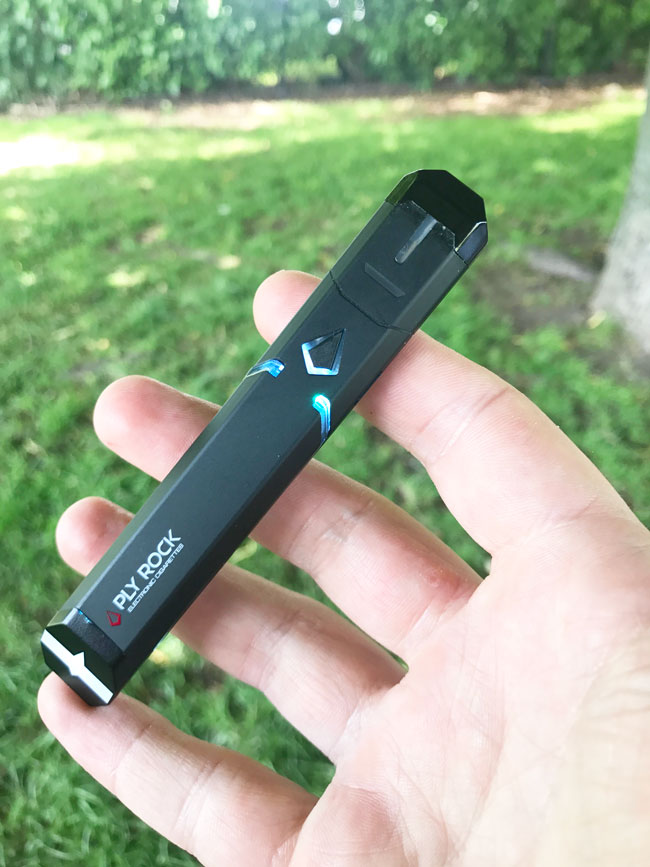 I've personally followed the growth of the pod system market closely, owning many different types of pod system devices, and I have come to rely on them as the first thing I vape each morning and last thing at night, as well whenever I need a quick nicotine hit on the move. The Limitless Pulse was a pod system device that I was really keen to get my hands on!

The Limitless Pulse is a good little pod system device, certainly one of the best looking devices I've seen yet, but I felt there were a couple of things that could be improved on if we were to see a version 2 of the Pulse. Namely, I’d like to see the draw tightened up a little, and the power turned up a notch to provide more intense flavour. That would make the Limitless Pulse a serious contender in the pod system market when it comes to performance.

I found that the Limitless Pulse performed better than the majority of other refillable pod systems I have tried, and the fact that you can refill the pods around 8-12 times is a big bonus. It's also one of the coolest looking devices I've ever come across! The price point of £25 is absolutely spot on, and it's still definitely a device worth considering if you are in the market for a pod system.