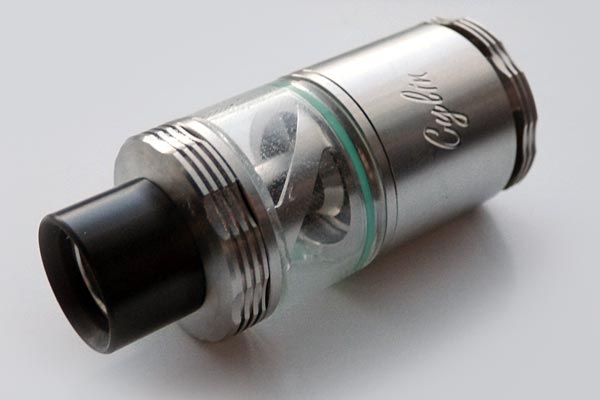 The Cylin, designed by Jaybo and manufactured by Wismec, is a 22mm RTA. What is unique about the Cylin is that it can be either a dripper or a tank system with juice flow adjustment. The Cylin is compatible with other Wismec atomizers that share the same sleeve size such as the Indestructible RDA. 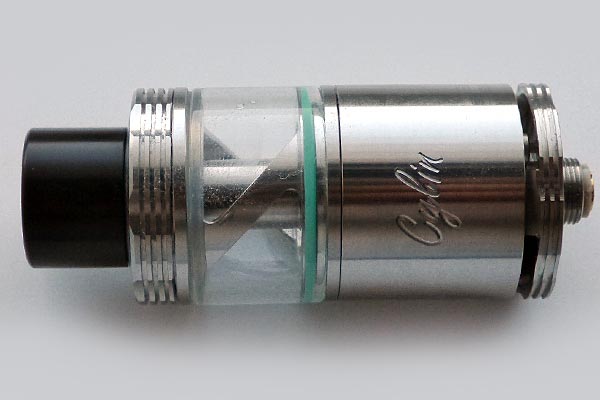 The Cylin is 22mm in diameter and holds 3.5ml of juice. In terms of looks it is quite attractive and streamlined with a single logo nicely engraved. Since this is a dripping tank atomizer the tank section is positioned directly over the deck and when the juice flow control is open the juice drips down via two small holes onto your cotton wicking. The glass feels reasonably durable and you do get a spare tube should you ever have an accident.

The drip tip is of the wide bore variety and made from Delrin which helps to minimise the amount of heat that reaches your lips. You also get a transparent drip tip included in the box. The airflow control ring is less than ideal and often moves way too freely and it has some very sharp edges.

The rest of the machining on the whole is pretty good but the way everything fits together leaves a lot to be desired and I frequently found that since the majority of parts are held together by O-rings the entire tank had this very loose and unsecure feel. Even doing simple tasks like unscrewing the Cylin from my mod would often result in the juice flow control opening by itself or the deck detaching causing juice to end up everywhere. I found myself really wishing this was a RTA with typical threading because everything just felt heavily over-engineered and complex for complexities sake. 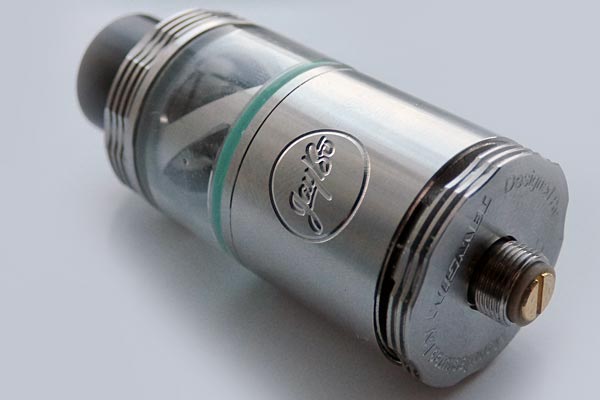 The Cylin airflow is very innovative and it works via two holes in the base of the atomizer which allows the airflow to flow in from the base up through two very square posts on the deck which then hits the coil from both sides. Since the screws are actually on the deck itself and not the posts it means the airflow is literally right next to the coil and this is what results in excellent flavour (more on that later).

The airflow adjustment ring itself is poor and it moves way too freely and the machining is also quite sharp. The draw is a direct lung inhale vape fully opened up and becomes a restrictive lung inhale as you close down the airflow. 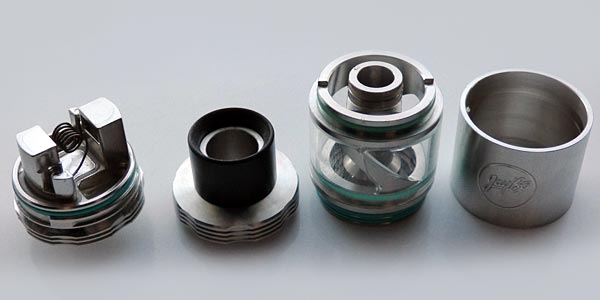 In terms of its approachability the Cylin is something of a mixed bag. Fitting the coil is very straightforward even though you do have to remove the grub screws completely and I was really hoping I wouldn’t lose them but thankfully the included Allen Key was excellent and I never had an issue. You simply lay the legs of your coil in the grooves over the screw holes and then replace the screws and tighten them down. Wicking was also simple but do make sure to use plenty of cotton since it needs to be positioned directly below the two juice holes of the tank section.

Fitting the deck was my personal gripe with this atomizer because while it seems simple in theory it doesn’t always fit completely securely and due to this I ended up dumping juice all over my lap at least three times. You really do need to make sure the deck is lined up with the grooves then push it in and turn it tight. I can imagine it will annoy some people because it really did frustrate me and after a lot of swearing and feeling like I wanted to hurl this atomizer out of the window I continued to persevere and finally I got it fitted properly so it didn’t leak. Another word of warning is to make sure the juice flow control is completely closed when filling since it has a bad habit of moving on its own accord sometimes when you have re-fitted the deck. The airflow control ring is also very loose and you really need to press it in with some force so you hear it click into place. The problem is that the machining is really sharp so I ended up slicing my fingers twice.

So as you might gather this wasn’t the best building experience and while the vape made up for it to some degree I was left with the impression that the design really does tend to heavily over complicate things. On a more positive note filling is easy since you just have to close off the juice flow and unscrew the top cap. There is plenty of room for your juice bottle nozzles or droppers.

While it is fair to say that this atomizer has its fair share of faults one thing it really does extremely well on is flavour. I had primed the wicks and filled up the tank with some of Halcyon Haze’s Earth Brother and the flavour was truly excellent being at least as good as a lot of typical RDA’s since I could really pick out individual ingredients in the juice.

Sadly despite using plenty of cotton and positioning it correctly I did get a lot of spit-back when using the Cylin. You might be able to live with it because the flavour is really great but ideally it does need some form of spit-back guard.

Vapour production was pretty good and while certainly not a room fogger I am sure it will be very satisfactory for typical users. 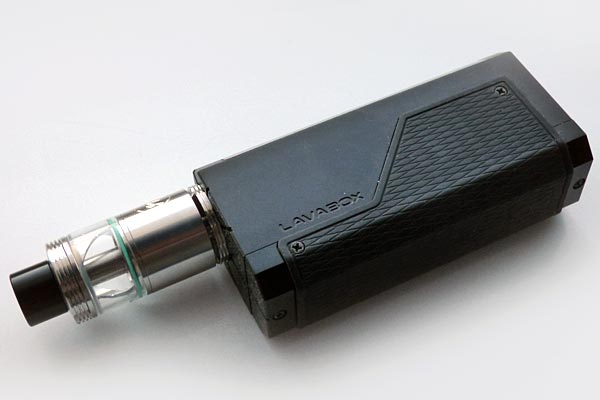 The Cylin in many ways tends to over-complicate the most basic functions you expect from an atomizer and due to this it tends to come across as somewhat over-engineered. The airflow adjustment is poor since it tends to move way too easily and I personally found the draw was a bit too tight. In addition the airflow ring machining is also quite sharp which means you can cut yourself with it. The method for fitting the deck is an absolute pain and if you make the mistake in thinking as I did that it is actually secure you can very quickly find yourself coated in juice so do take care and be close to the sink when you still getting used to this atomizer.

Another issue is having to remove the screws completely every time you want to fit a new coil but in fairness the screws are easy to work with and do an excellent job of securing the wire but I can see it being an annoyance for some users. The biggest fault of this RTA is that is never feels overly secure when fitted together and whenever you fit one part of it another section always comes loose which tends to become a knock on effect.

So with all of the negatives out of the way let’s move on to the Cylin’s positive features. The flavour without a doubt is excellent and is very much like a typical dripper experience. The airflow coming through the posts and being positioned right next to the coil is an especially innovative design that I would very much like to see incorporated into an RDA in the future. You can use the Cylin as a dripper in a fashion but since you are still having to drip into that upper section of the atomizer and because the deck fit is less than ideal which sometimes leads to leaking I would have preferred something with a traditional top cap.

All in all the Cylin while offering great flavour falls short in quite a few areas. It certainly wouldn’t be something I would want to regularly use but we all have different tastes and providing you are at least aware of the Cylin’s many issues you might be able to live with them and end up really enjoy it!