Having recently reviewed the Voopoo Drag S, I wanted to take a look at some of the rebuildable options available and our friends over at Sourcemore kindly sent over the VXV Soulmate rdta for me to try out.

The VXV Soulmate rdta is available for the Voopoo Drag S/X, the Smok Fetch pro, and the Vaporesso Target PM80/SE, they all share the same build deck/top cap layout but come with the appropriate sized tank for your kit. It comes in fairly simple packaging with the device in clear view under a clear lid. Hidden underneath the tank is a scratch ‘n’ sniff card and a bag of spares, coils etc.

The Voopoo Drag S/X version breaks down into six parts for easy cleaning, and I was glad to see that whilst initial batches didn’t come with a fill bung fitted, you had to “borrow” one out of a Voopoo Drag pod, this now comes with a VXV branded fill plug already in place. The build deck can be completely removed and put on any 510 mod for dry burning coils, but I found this just as convenient to do with the kit assembled like the picture on the right hand side using the Drag S itself.

The deck is super simple and resembles a dripper style deck with side airflow. Take note of your coil direction though, this prefers clockwise wound coils thanks to the position of the post screws. Wicking is as you would expect for this style, thin the wicks out and carefully place them in the channels before reassembling the rest of the tank. The top ring then screws onto it to hold everything together and thus has proved to be a robust design with no leakage from the tank section. 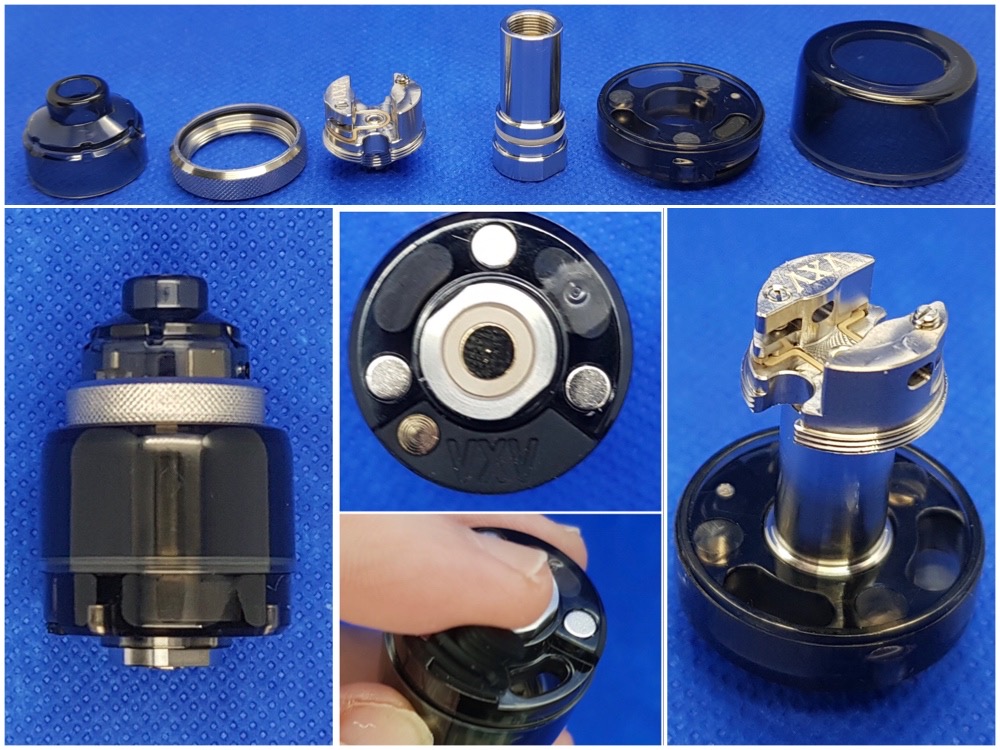 For my first build I tried one of the included round wire coils which I spaced slightly and I found it surprisingly easy to capture the leads, similar decks that I’ve used in the past have had a nasty tendency to spit the wire out when tightening the screws down, especially round wire builds. It should be noted as well that the flat head screws are pretty tiny and I ended up resorting to the included blue Christmas cracker screwdriver but this was easy to use and didn’t cause any issues.

This came out to 0.3 ohms and I found that 35 to 40 watts with the airflow fully open provided fairly decent flavour and warmth but I felt it was lacking a little punch.

In an attempt to up the flavour a little, I tried out one of my home grown micro fused claptons. This came out to 0.6 ohms and, whilst this was again giving decent flavour, it wasn’t realistically any better than the round wire build because I was hitting the voltage limit on the Drag S with anything over around 28 watts.

Right then time to go silly, for my final build I went with a staggered fused Clapton. I had to go with a small number of wraps due to the confined space available on the build deck which meant this homed out at 0.2ohms and I decided to raise the coil ever so slightly to get more air under the coil. This was much better and, thanks to the lower ohms, the voltage limit was no longer a problem although battery life will obviously take a hit as a result.

With all the builds, I found the shorter of the two included top caps to be far too short to be practical so I opted for the taller one. Getting this on initially can be a pain so I’d suggest putting a little eliquid on the o-ring to help. If you still can’t get the cap in place, it’s also worth checking that you have the coil leads trimmed right back against the deck as well.

One disappointment is that the magnets on the Soulmate don’t seem to be as strong as the Voopoo ones and as a result, the pod does move around a bit in use. This isn’t terrible because it passes the shake test easily, but you definitely can’t lift the Drag S/X up using the pod and it may well fall out of place in pockets etc. 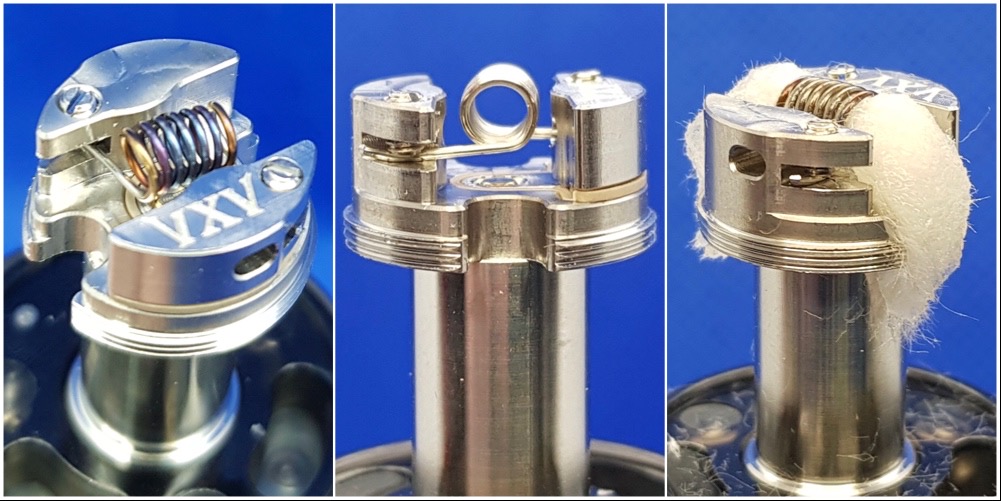 This is a great addition for my Drag S once I got a build I was happy with. I’ll continue with the current build for a while, but I’d suggest a small Clapton or fused Clapton in the 0.3 to 0.4 ohm range are probably going to give you the best results because it’s surprisingly airy for such a small deck, and it’s definitely no good if you’re a mouth to lung vaper.

Many thanks to Sourcemore for sending the VXV Soulmate rdta out for review and as usual, they sent me a discount code for you to use: $9.99 VXV Soulmate RDTA Pod for Drag S/X code: VXC 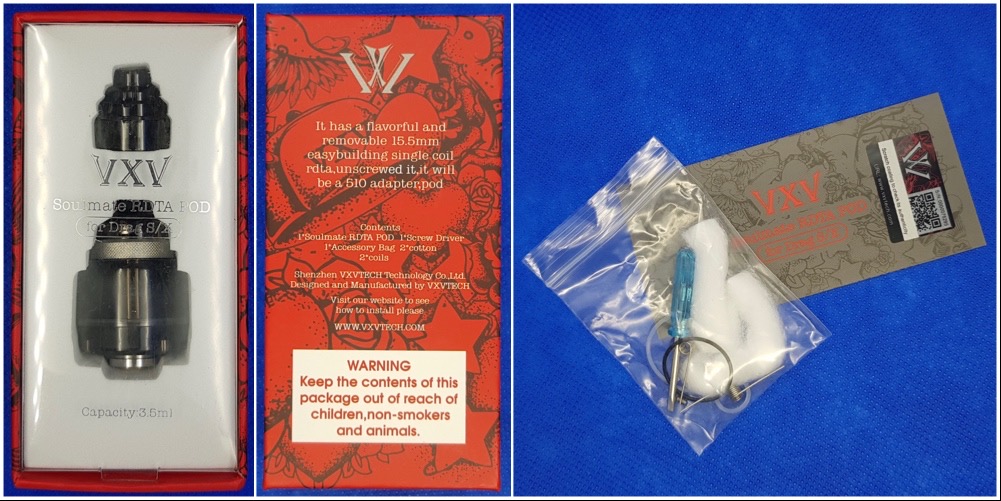