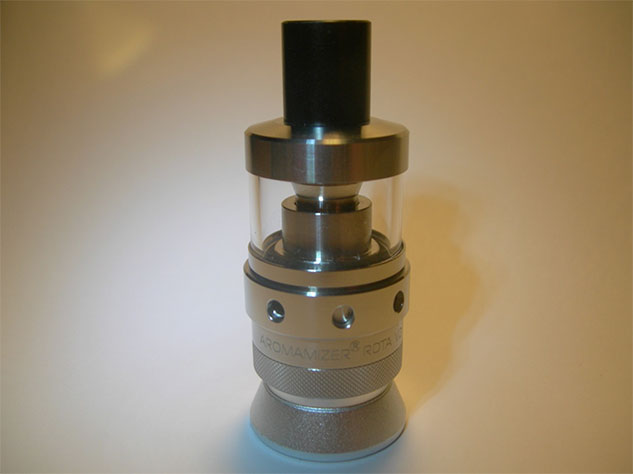 Following hot on the heels of Vapemaster’s Re-review of the RDTA with Velocity-style 2-post deck Steam Crave launched the RDTA v2 at Vapex 2016 in KL, Malaysia.

The RDTA was a big hit with vapers worldwide in 2015 yet many others were unsettled and reluctant to part with their hard-earned cash due to a couple of aesthetic issues and perhaps one practical demand. The silicon AFC ring … oh, my … there was gnashing of teeth over this “vape band” on the forums and by reviewers. It was perfectly functional but there were many who refused to live with a vape band on their atty. The second aesthetic objection was the nipple on the top cap; originally designed by BJ Shi as the mouthpiece, the drip tip with spitback protection being optional should the vaper find the vape too hot. Removing said nipple was the first task undertaken by many modders, as this enabled them to fit their preferred drip tip. No top fill was the third most common objection. Surely the ease of bottom filling would suffice but no, the obligate and obdurate top fillers voted it down.

Despite these three objections the RDTA developed a strong following due to its high performance levels and the ease of building on the 2-post deck. The wicking system is flawless, the airflow is huge … more than many drippers let alone tanks. The design was innovative and elegantly simple even if the aesthetics caused something of a Marmite reaction.

With the RDTA v2 Steam Crave set out to deliver the two most demanded changes … an integrated, metal airflow control ring and a flat top cap, with a standard 510 connection for the user’s preferred drip tip. The third demand, a top fill function was left out. Why? Because top fill needs to function without leaking, and leaking can only be prevented by some kind of juice shut off mechanism. This was far from straightforward to build into the existing RDTA’s juice flow system and would add a level of complexity which would probably spoil the functional simplicity of the RDTA. Hence, Steam Crave decided top fill would be featured in another tank product in their pipeline … the Supreme. 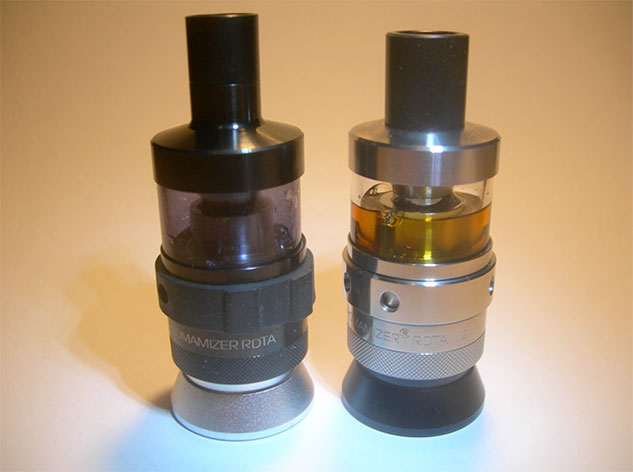 And so we have it … the RDTA v2 features a flat top cap, a delrin drip tip without spitback protection and a new 3 part chamber/AFC design all of which are fully modular with the v1. This modular approach means that existing v1 owners can add the upgrade parts they want without having to buy an entire atomiser. Fans of the nipple top can simply replace their chamber section, fans of the silicon AFC band may opt for the new style cap. 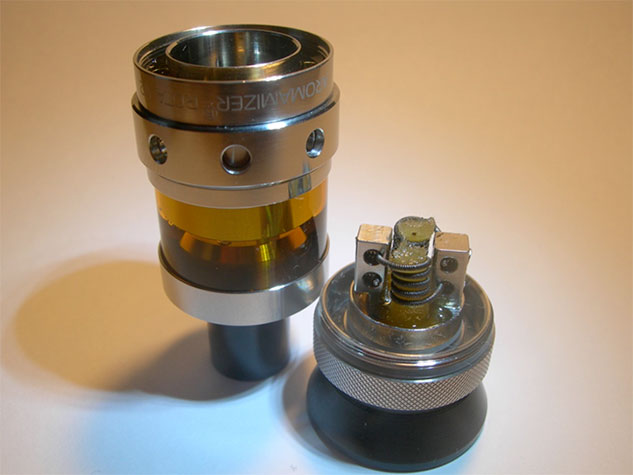 I tested the stainless 3ml version of the RDTA v2 with my go-to build … two 3mm ID coils, 5 spaced wraps of UD 26/32g Clapton, mounted  vertically … and unsurprisingly found the vape unchanged from the v1. The same smooth airflow, the same flavour and vapour production. Same same. I also tried a new build … a pair of horizontally mounted, 2.5mm staggered fused 26/36g Ni80 Claptons. Whilst the 0.15ohm might have stressed my battery a little more, I found myself singularly unstressed by the astounding vape from that build. My thanks go to Jamie Parker, the legendary wire artiste and builder from Tennessee for his beautifully crafted coils. 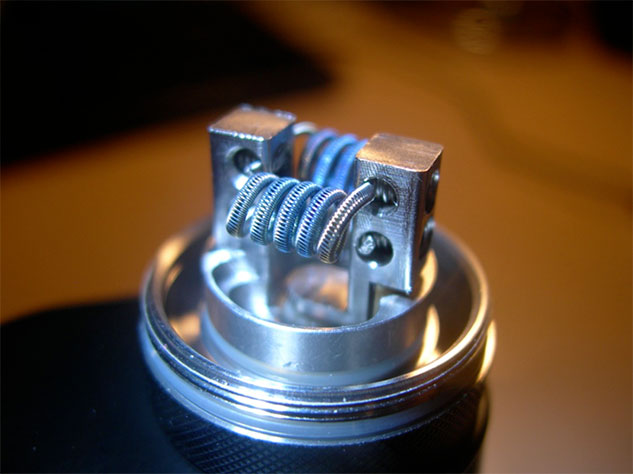 The new AFC ring features two internal o-rings, which need to be lubed with a little VG/PG to give a firm but silky smooth action. No clicks or stops to be found here, but no accidental movement either. The new part is a dual functioning tank base and chamber top, front right in the component photo, itself holding two o-rings. This simply lifts off the chamber to allow the AFC ring to be removed for cleaning.

The AFC ring contains 6 identical holes, enabling the user to set the airflow with either two or four holes open. Once positioned the user can then finely tune the openings from fully closed to fully open. 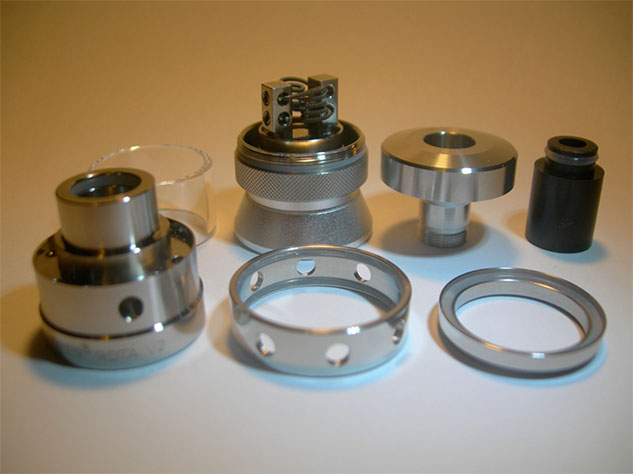 Essentially, the changes from RDTA v1 to v2 are aesthetic only, to appease those who objected to the v1’s styling. “Should’ve done that the first time!” I hear you saying. As a big fan of the nipple, I will only half agree with you.

The RDTA v2 will be available in 3ml or 6ml formats, in the same stainless and black finishes as the v1 and the upgrade parts will be available simultaneously with the complete packaged atties. If you didn’t try the v1 for one reason or the other, there’s nothing stopping you now.

The RDTA V2 is on pre-sale now - check it out direct on SteamCrave.com on via the UK distributors The Nobacconists.