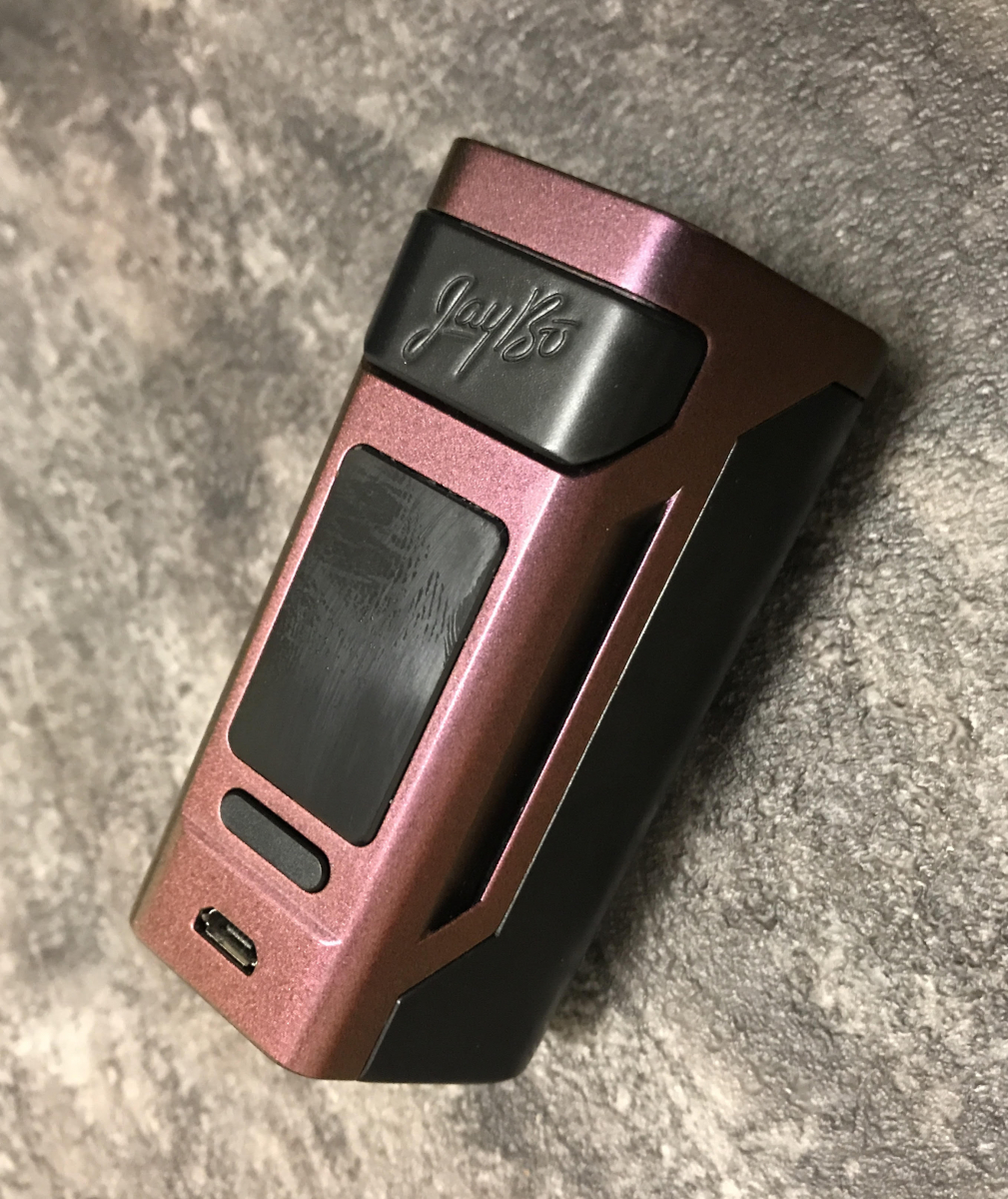 The RX2 21700 boasts the same form factor as the 20700 version, however it uses the more powerful 21700 batteries, enabling it to output up to 230W and offer longer battery life in between charges. As with the 20700 version!

The Wismec RX2 21700 is available in the UK through TECC, or The Electronic Cigarette Company, who were founded in East Lancashire back in 2008 - just as the vaping industry began to evolve. Since those early beginnings, they have grown year on year becoming one of the largest names in the industry. They aspire to provide information and support to the industry as a whole, even being founder members of the IBVTA, as well as providing top quality products. Now positioned as one of the leading vaping suppliers in the industry, TECC offer top quality products that cater to beginners and seasoned vapers alike. 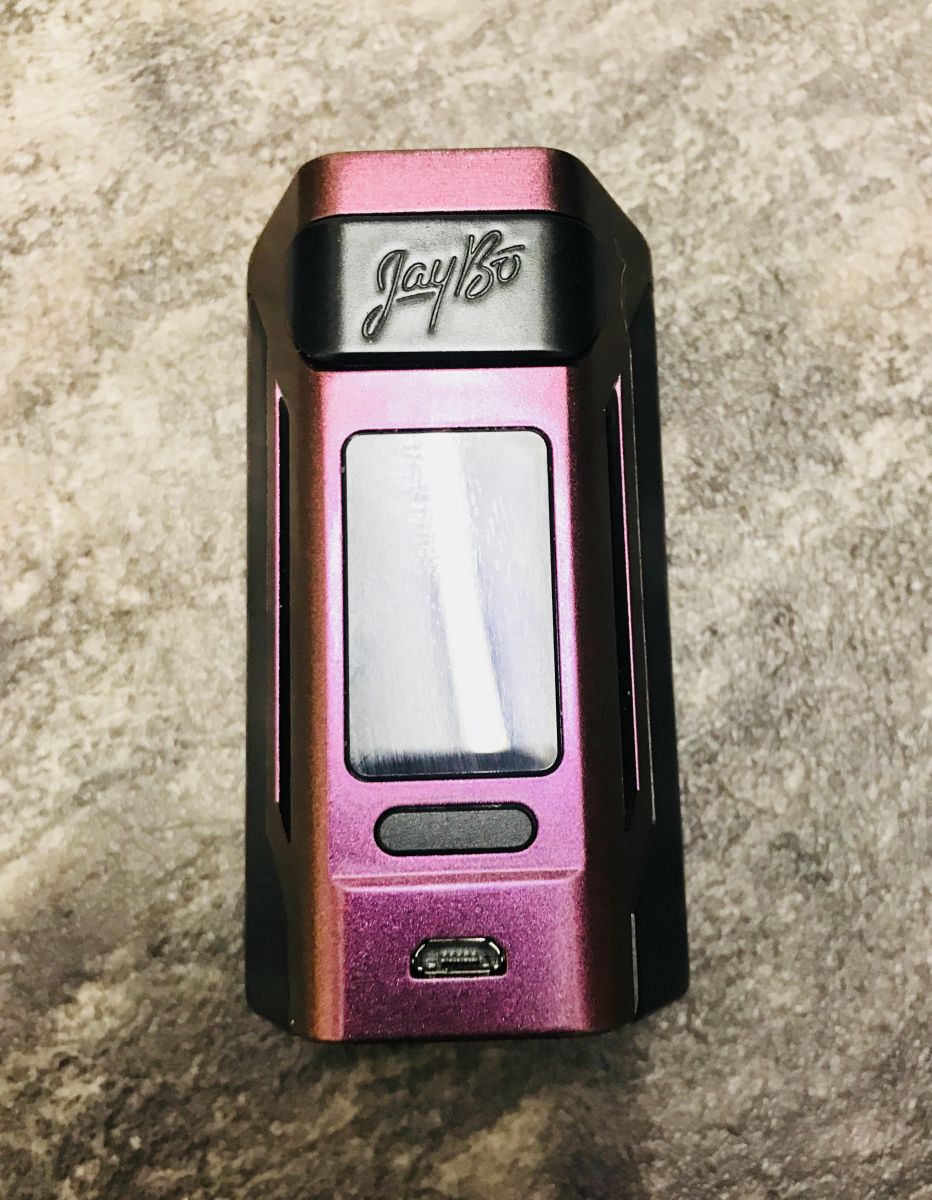 Save for a couple of millimetres here and there, the size is virtually the same as the 20700 version, even though 21700 batteries are larger than 20700 ones. It does feel a touch heavier in hand however, and it’s quite a weighty device especially with two 21700 batteries in use.

Four different colour finishes are available through TECC, with gloss black, gradient green, gradient purple and gradient white to choose from. The finish is robust and scratch resistant, holding up well to daily use. 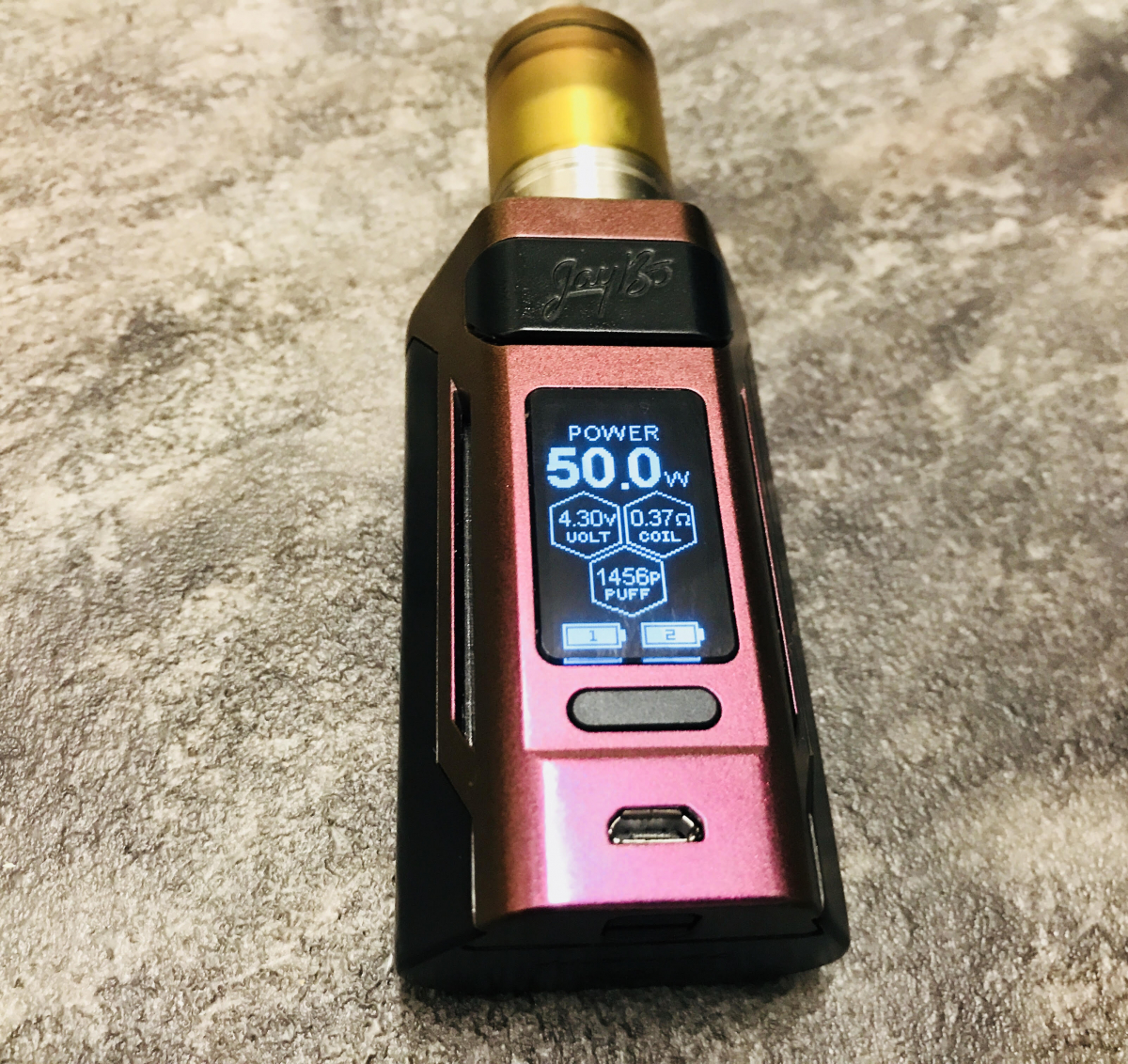 A large power button, engraved with the JayBo logo, is found at the front of the device, and it’s easy to reach and responsive. Underneath this is the large 1.3 inch OLED screen, which clearly displays the current power setting (or temperature limit if in temperature control mode), output voltage, coil resistance, a puff counter, and the individual battery life status. The up and down adjustment button is found underneath the screen, alongside a USB port. 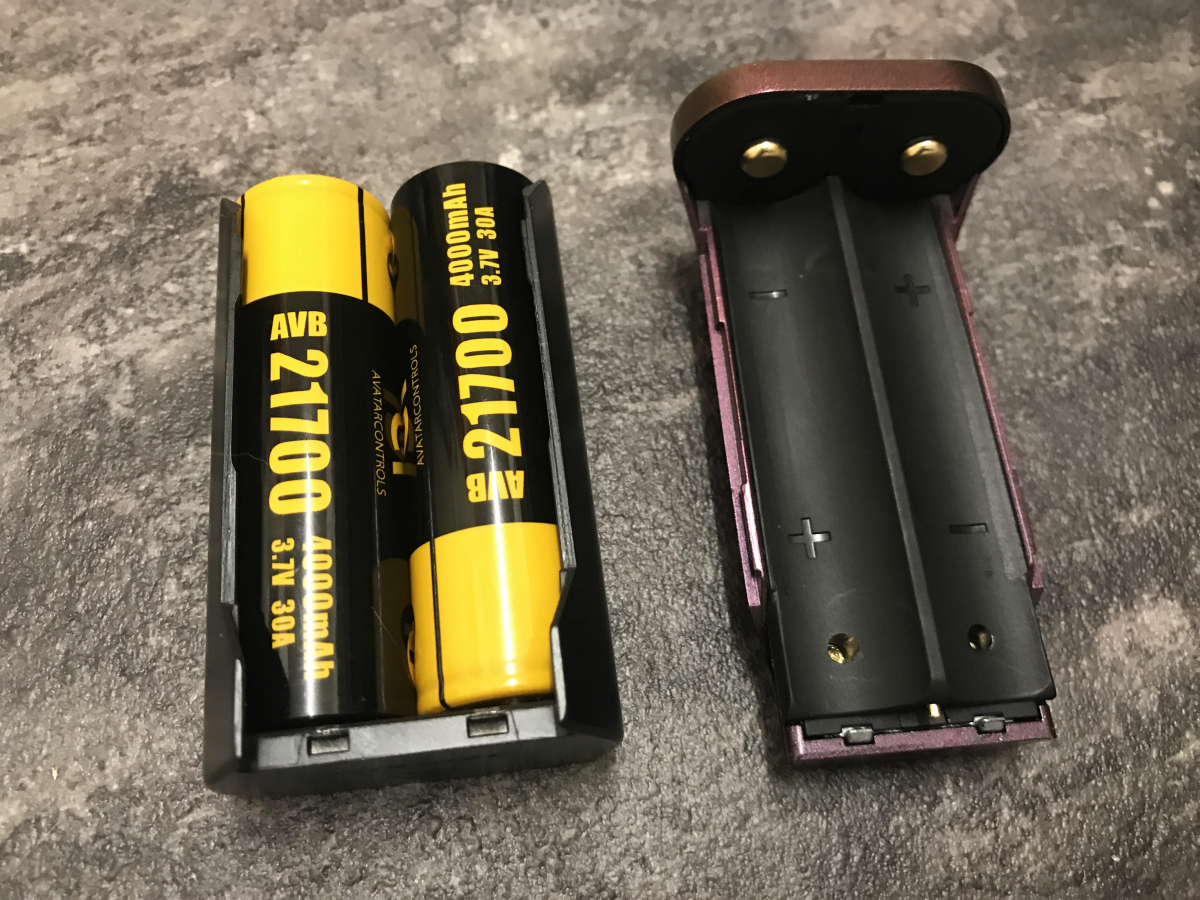 A comprehensive temperature control mode is featured, with preset settings for Ni200, Titanium and SS 316 coils. Three TCR memory settings are also available, allowing you to use other coil types in temperature control as well. You can customise your TC vape even further with the preheat function, allowing you to set a preheat from 1-230W, making your coils ramp up as quickly or as slowly as you see fit. 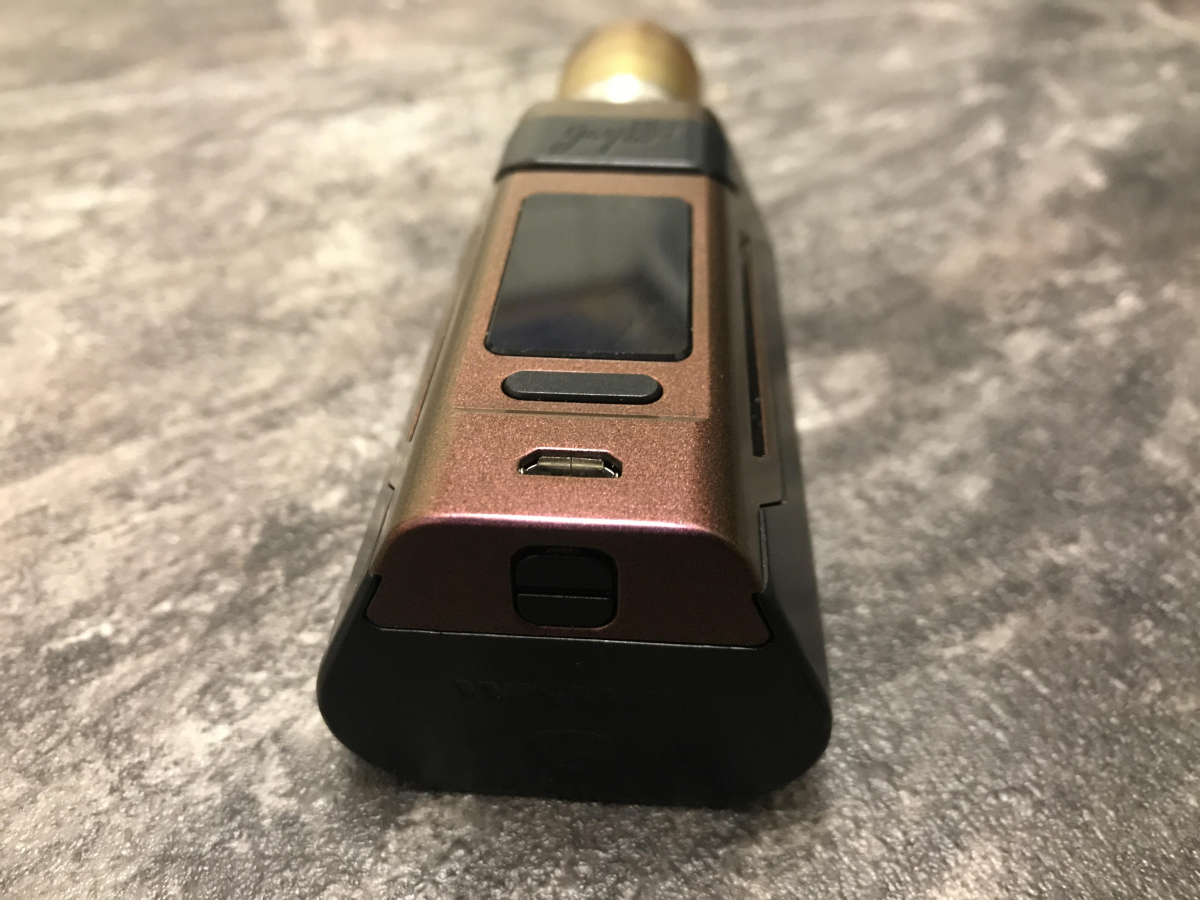 I’ve noticed that battery life is significantly improved over the 20700 version, and I can get near two days use with 0.3-0.4ohm coil builds in the 50-70W range. USB charging is supported as well should you need an emergency charge.

I was highly impressed with the RX2 20700 version when I recently reviewed it, and it became a mod I used on a daily basis, so I was very pleased to see that the 21700 version offers the same stable performance, with even more power and extended battery life.

The increase in battery life is a big plus for me, as I tend to use my RX2’s in the 50W-70W region, and I can go even longer between battery charges.

There aren’t many differences between the RX2 20700 and the RX2 21700, aside from the obvious increase in power and the extended battery life. If you were weighing up the two of them for a potential purchase, I’d recommend the 21700 version over the 20700 one for sure!

Many thanks to TECC for sending in the Wismec RX2 21700 in for review, this can be purchased with two 21700 batteries included from https://www.theelectroniccigarette.co.uk/wismec-rx2-21700-with-2-x-batteries.html - POTV readers can get 20% off this product using the code POTV20! 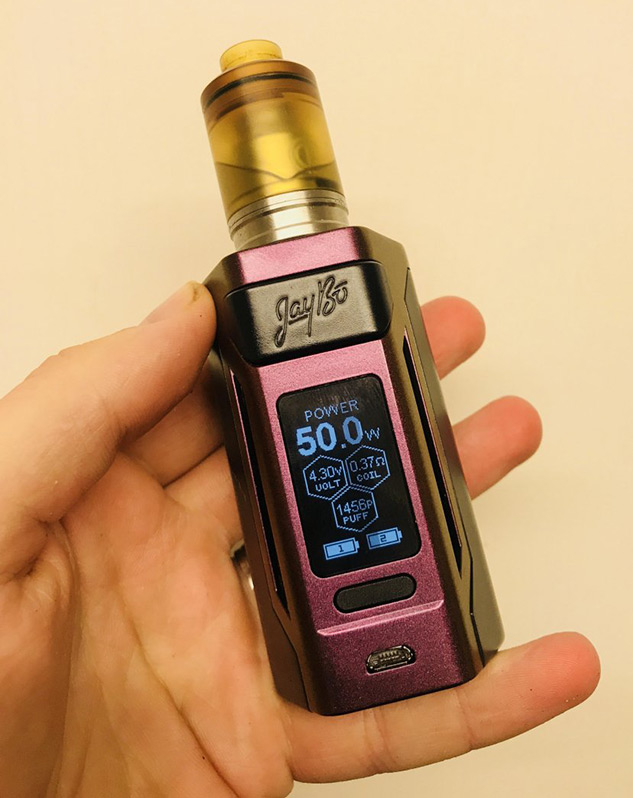