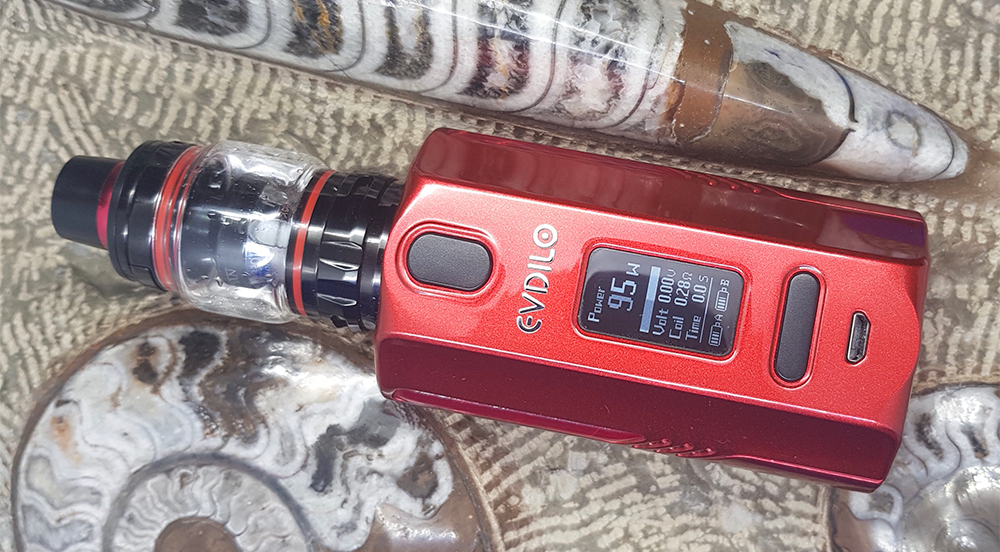 Healthcabin have kindly sent out the Uwell Evdilo kit for review. I love the idea of a dual 21700 mod because of the increased battery capacity and higher amp limits on the more modern 21700 battery format. However, I have fairly small hands and find most dual 21700 mods are simply so large that they are unwieldy, uncomfortable or impractical for daily use, so I was particularly interested in this due to the claim that it was a dual 21700 mod that was the same size as many dual 18650 mods. Read on to see if it lived up to my expectations. 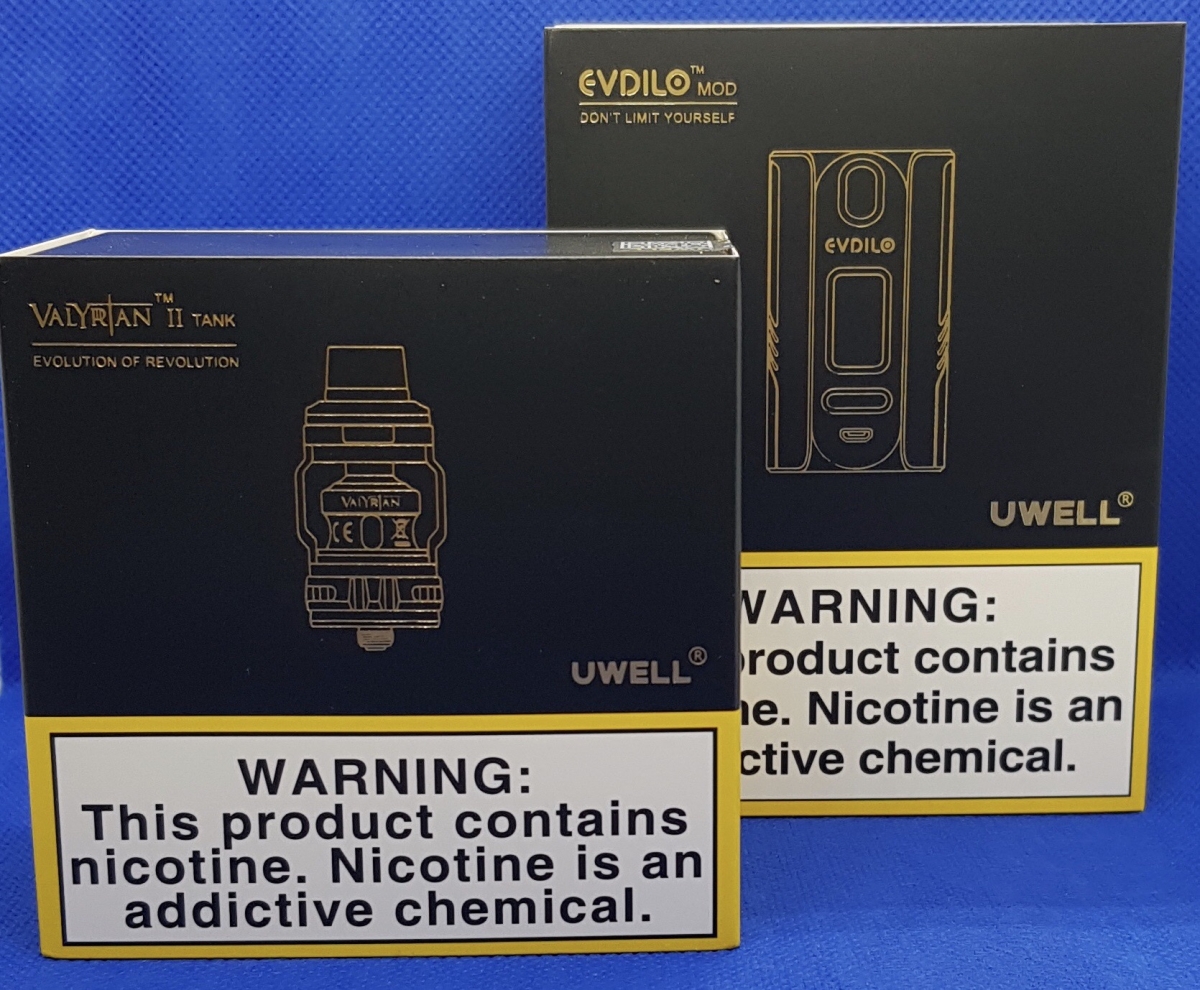 The evildo kit comes in a rather tall box which was simply too large to fit in my light box for photos. Opening this reveals two smaller boxes, the first contains the Uwell Evdilo mod itself, and the second is for the Uwell Valyrian II sub ohm tank. These both have an outer cardboard sleeve with Uwells customary black and gold motif. Inside these, rather than the standard cardboard boxes we’re all accustomed to, Uwell have packaged things in some robust feeling plastic cases which are rather natty.

Inside the first box you will find the evdilo mod, two 18650 battery adapters, one micro usb cable and a user manual.

The Evdilo mod is, of course, the star of the show here, and it lives up to its claims size wise, measuring in at 47.4 x 32.5 x 83.7mm and, at just 166 grams, it’s not overly heavy either with its mix of zinc alloy, polycarbonate and stainless steel materials.

The shape seemed instantly familiar and, looking through my collection, it’s almost exactly the same size and shape as my old C2D1 dual 18650 dna mod. This really is a marvel of engineering design, and the small size is largely achieved by having the whole back plate of the mod slide off to reveal the battery sled which is clearly marked on the top edge with + and - orientation for the batteries. The back plate has an insulating protector in place and incorporates the series connectors on the bottom to complete the circuit once you slide it back into position.

The back plate is held in position by a small latch system, and I was disappointed to discover that this appears to be constructed from plastic. It’s held up so far, but I am concerned that it may not live up to long term use. Another issue I have with the latch system is that it will randomly pop open with a distinctive click. Get used to it because you’ll be hearing it a lot! Fortunately the back door doesn’t instantly fall off and I’ve not found myself chasing wayward batteries across car parks like I used to do with an old ipv mod I have which still retains the crown for the most annoying battery door in existence, but it does begin to grate when you have to push the battery compartment closed for what feels like the tenth time today.

Up top is the spring loaded 510 connector which sits slightly proud of the mod to reduce the risk of atty rash which is a good thing as I’ve noticed that I’ve already picked up a couple of small chips in the paintwork with the last couple of weeks of general use. So if you’re rough on mods, don’t expect that gleaming paint job to last. I can’t comment on whether the silver option will hold up better as I don’t have one to hand to say if this is a bare mod with a clear coat or if it’s simply a silver paint job.

The board apparently has a conformal coating which should protect it against most spills and leaky atomizers and has performed well. It features all the usual safety protections along with power (wattage) and TCR (temperature control) modes which you can select by pressing the power button three times. There’s also the ability to lock the function of the up/down and fire buttons but this is rendered virtually useless as it gets reset every time the battery door opens. The board has performed impeccably otherwise and of course, thanks to those dual 21700 batteries, you needn’t worry about running out of power. The battery life has been astonishing. Even running the included valyrian tank at close to 100 watts, it has lasted me from morning until night and then some.

One area where Uwell mods have previously been weak is temperature control, either glowing coils or instantly cutting you off, but I’m happy to report that big strides appear to have been made this time around. Using the correct tcr value of 0.00092 for stainless steel, it gave the kind of vape I would expect, although I did have to bump the temperature up a few degrees. It provided a consistent vape right up to the point where the TC kicked in and no more vapour was produced. Examining the cotton revealed a perfectly dry wick with absolutely no scorching at all, colour me impressed!

Charging is done via a standard micro USB port on the front of the mod and the evdilo achieved a 1.53 amps charging rate. Uwell suggest that you shouldn’t vape whilst charging so I didn’t try this and, as always, I recommend that you should use an external charger in any case. 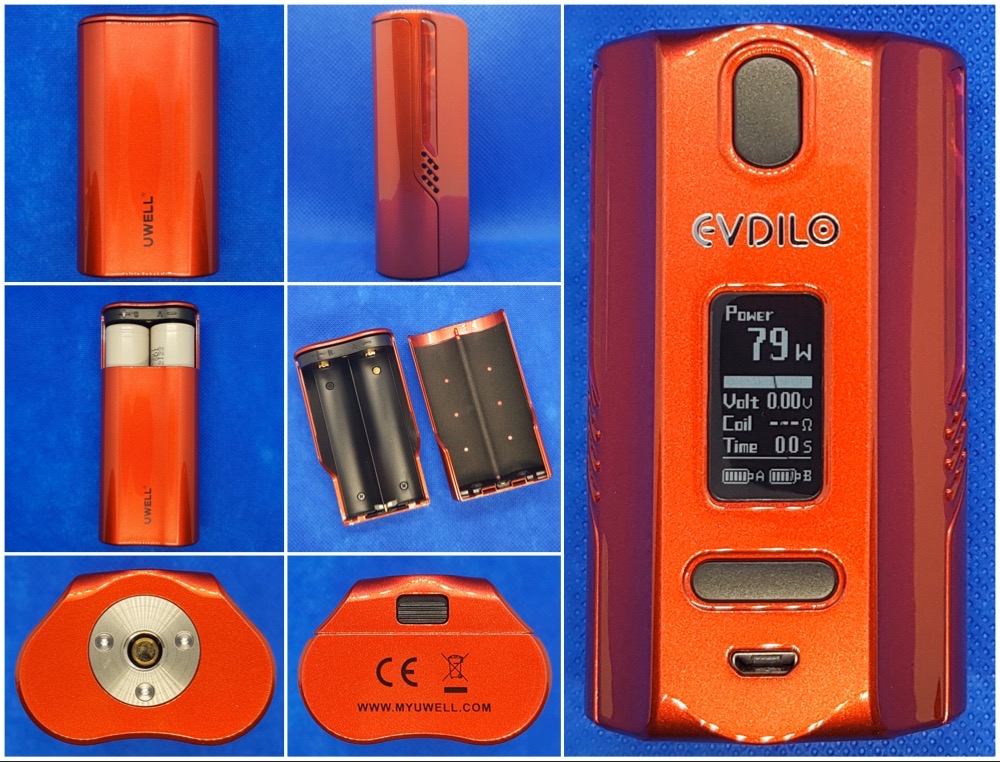 This is a fairly tall sub ohm tank which employs large coils and is most definitely aimed at the cloud chuckers out there, mtl users need not apply. It breaks down into five pieces including the coil which forms part of the tank. This, of course, means you’ll need to empty the tank before changing coils. Surprisingly for such a cloudy tank, itcomes with a 510 drip tip, but the included tip is quite comfy and doesn’t seem to restrict the airflow too much. In fact with the three large cyclops airflow ports down below, you’ll have more air than you need and I found myself restricting the airflow to about two thirds even at the recommended maximum 100watts for the supplied coils.

Filling is super easy with the flip top arrangement and two generously sized fill ports. The release button for the top is almost flush with the rest of the tank and requires a very deliberate push to open so hasn’t come open by accident in pockets etc. The sealing gasket seems to do a good job as well. In fact, the Valyrian II has been dry as a bone throughout testing with nary a dribble or gurgle in use. 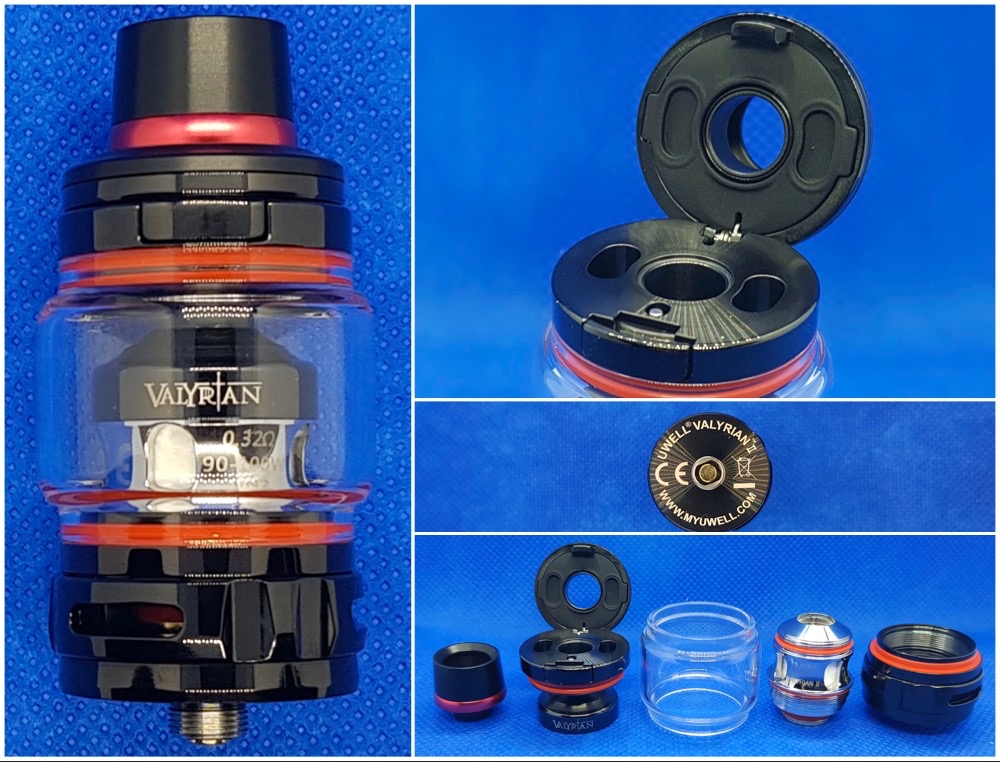 Both the supplied coils are HUGE, but care should be taken when fitting the them to ensure all of the o-rings are in place. I found the top o-ring was prone to falling off if you’re not paying attention.

Flavour is on point with both coils, with the dual coil version being slightly more restricted and requiring slightly less power. I’ve previously used the Uwell nunchaku sub ohm tank and found these to be long lived, giving at least a week of use and the Valyrian coils seem to also manage this as well.

I’ll mainly be concentrating on the evdilo mod for this summary as the Valyrian II tank and coils are available both separately and in other kits and come highly recommended, not just by myself, but by my fellow reviewer Si Davies. The evdilo mod though is a bit of a mixed bag, overall performance has been good and I was pleasantly surprised by the working TC this time around plus I love the size, form factor and battery life ,but that battery door is slowly driving me ‘round the bend, so I’d only recommend this if you think you can live with it.

Many thanks to Healthcabin for sending out the Uwell Evdilo kit for review. 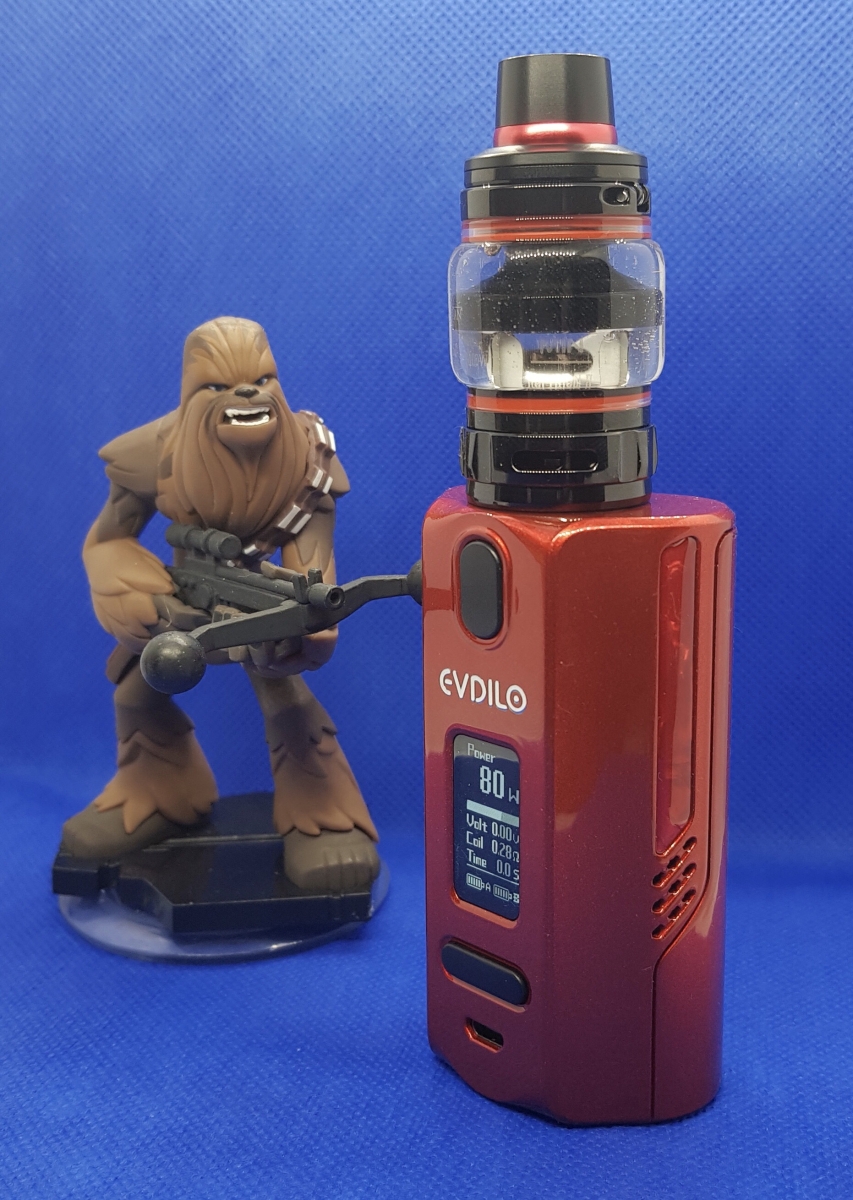