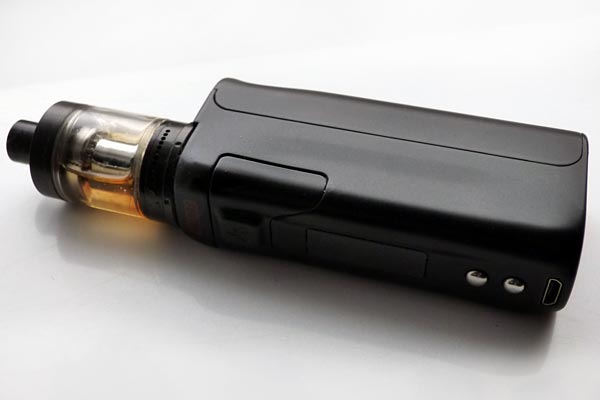 If you have ever read J.R.R Tolkien’s Lord of the Rings or seen Peter Jackson’s trilogy of movies then you should be well aware of what a Balrog is. For the uninitiated Balrog means Demon of Shadow and Flame and as you can imagine it isn’t the most pleasant beastie to come across when someone suggests a trip through some Goblin infested mines.

However in UD’s case the Balrog is a 70W form friendly device that is intended as a starter kit for new vapers. It offers Variable Wattage and Temperature Control functionality and requires one 18650 battery. Also included in the starter kit is a small Sub Ohm tank which comes with a selection of coils.  So is the Balrog something that Gandalf would willingly hurl off the bridge of Khazad-dum or is it a decent device? We shall see. 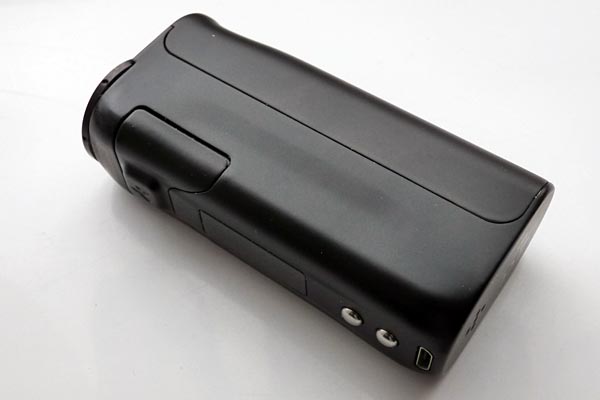 When I first opened this device I felt a bit like Boromir from The Lord of the Rings and found myself asking what this new devilry was because it is a seriously small device and considering it offers up to 70W of power I suspect that UD must employ sorcerers. 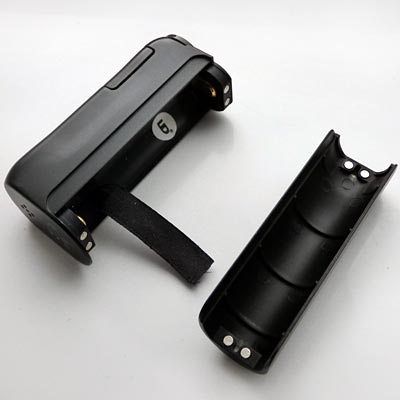 What is highly impressive is how well the Balrog is put together and it feels very durable. The form factor is excellent with the device having no sharp edges and it feels extremely good in the hand! The switch is unique and uses a Purlicue design which I must admit I had to look up. The Purlicue is the space between your thumb and forefinger and the switch lines up perfectly with your hand and you only need to give it a gentle squeeze to fire it.  In actual operation it does feel especially nice to use and it is very well designed!

The 510 pin is spring-loaded and I had no problems getting various atomizers to sit flush. Interestingly the 510 connector has a removable condensation ring that is designed to soak up any excess moisture. While it is certainly a nice idea I am not sure if it is really necessary. The downside is that the condensation ring uses cotton and while you do get a replacement pad in the box they won’t last you forever. Hopefully UD are planning on selling replacement condensation rings. The other problem is that once the cotton starts to get messy it will look really nasty on your device. I certainly didn’t feel the need to remove the condensation ring while trying out this device but according to the manual it does come off.

The main switch as mentioned is excellent and the other two small buttons are nice and have a good click to them. The Balrog’s display is bright and clear and features all of the information you would expect such as: resistance, Wattage and Voltage. Battery life is also displayed, as is temperature (when using that mode). The display also shows whether you are in power or temperature mode.

Thankfully the Micro-USB port is sensibly located on the front of this device so you can keep it upright while you charge the battery. If you are desperate to have a vape while charging you can make use of the Balrog’s Pass-through feature.

Located on the base are five holes to provide venting for the battery which seems sufficient for a single 18650 device. The battery compartment lid is nicely done and fits extremely well being secured in place with four magnets. There was absolutely no wobble at all and while the lid is easy to remove it feels very secure when fitted. The inside of the compartment has the correct battery orientation clearly marked and there is a ribbon to assist with battery removal.

Returning to the top of the device there is a small hole which allows you to plug in the included lanyard and hang the device around your neck.

Included in the box is a small Sub Ohm tank and it comes with three coils. The tank has a 3ml capacity and while it is acceptable as an extra in a starter kit it certainly does have some shortcomings. Firstly it feels extremely flimsy and I didn’t personally feel it was very well put together. The O-rings are not especially strong and they quickly come away from the glass when you dismantle the tank. It is also quite fiddly to put back together since the parts aren’t particularly well secured. The airflow adjustment ring has a habit of simply dropping off and even when the tank is fitted to the mod the airflow ring is far too loose and can be easily knocked. However the tank does have a reasonable top fill design but sadly it isn’t hugely convenient because it requires you to tilt the tank and angle your bottle nozzle or dropper into the holes at either side after removing the top cap. Take care because it is very easy to end up with juice running into the chimney.

Considering this package is intended as a starter kit I feel that UD could have done a much better job of the tank because it does let down the main device somewhat. Of course to be fair it does offer a decent vape and comes with spare glass but in my opinion the overall construction could have been better. 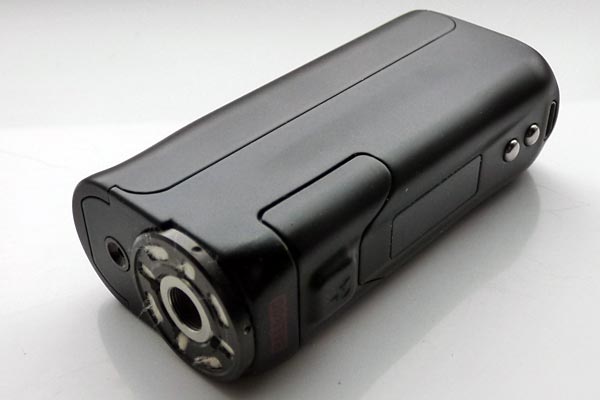 I will quickly cover some of the functions of this device since the manual does cover all of the major features.

The device does feature a Puff Counter but I do question if anyone really uses those these days, I guess it’s nice to have if you want it.

Please note that this device does have one peculiar quirk because every time you change the battery the Balrog defaults to the Temperature Control Titanium setting. Personally I only found this a mild nuisance because you really shouldn’t have to go into the menu every single time you change batteries. Of course if you always use Temperature Control it is probably quite convenient. 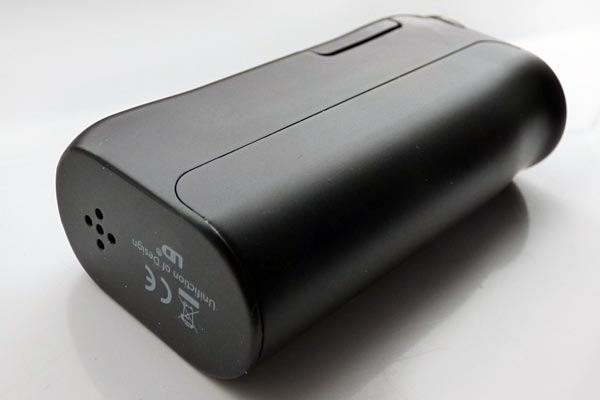 I certainly had no problems using this device in Wattage mode and I found it compared well to other similar devices apart from some strange battery drain which I will cover in detail in the next section. Operating the device is very straightforward and I don’t see anyone having major problems with it.  Temperature Control also seemed to work well despite the above mentioned default setting when you switch batteries. I did not notice any weird temperature spiking or resistance jumping so it should be fine for most users and it does support three different wire types.

I filled up the included tank with some Mr Good Vape Apple Pie Vanilla Caramel and it made for a very enjoyable vape. Flavour was very good no doubt due to the small tank size with the coil located almost directly under the drip tip. Cloud production was very reasonable considering the small size of the tank. I found that I really liked the draw and the airflow will suit either a loose mouth to lung vape or a restrictive lung inhale.

Remarkably despite the tanks small capacity it doesn’t drain the liquid ridiculously fast. Thankfully I had no major leaking issues in the short time I spent using this tank but on occasion I did get a few small drips from the airflow holes.

Unfortunately I had some real problems with battery life when using this device. The only batteries I had available were two Sony VTC4’s and three of those purple Efest batteries. No matter which battery I used I found that the Balrog drained it in about two to three hours which is quite ridiculous considering I was only vaping at 16.5W with a 1.0ohm build.

After checking the Internet most vendors and even reviews state that one 18650 battery is required. Only on one website did it actually state that a 25A rated battery was needed. This would explain a lot since Sony VTC4’s are rated at 20A and even through Efest market their batteries as 35A we all know that in actual fact they are also 20A.

Thankfully in the end I managed to borrow a Sony VTC5 and when using this battery I had no more problems and I got roughly the same amount of time I would get with a typical single 18650 device. However I still felt that the Balrog drained ever so slightly faster which suggests to me that it is not quite as efficient as other mods.

My recommendation if you are planning on purchasing this device would be to make sure you at least buy Samsung 25R’s or Sony VTC5’s. Keep in mind that Temperature Control, high Wattage and frequent use will of course drain the battery much faster. 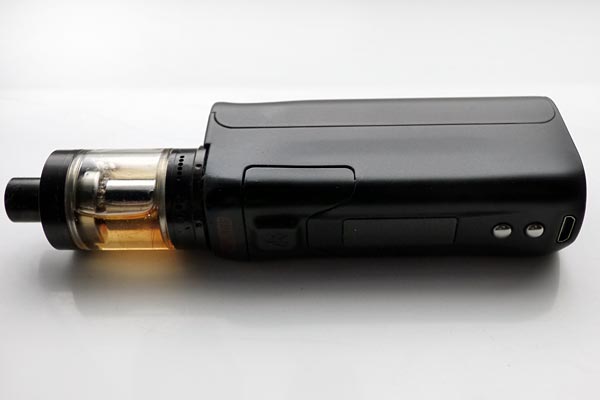 In term of build quality and styling I really do like this device. The Balrog’s excellent form factor makes it comfortable to use but the overall package is slightly let down in a few areas. The condensation ring is a nice idea in principle since it will soak up any spilt E-Liquid but it does mean you will need to replace the cotton once in a while, hopefully UD start to sell replacements soon. The other issue is the fact that you will need 25A rated batteries to get the best battery life out of this device since typical 20A batteries drain extremely fast even at low Wattage.

I do feel that the included tank makes for an enjoyable vape but its construction feels very loose and flimsy. Ideally it isn’t great for new users since I remember how accident prone I was when I first switched to vaping. As an included extra it is certainly reasonable but don’t expect it to last forever.

Fortunately these aren’t major flaws and in all honesty you could probably live with them. The true strength of this device is its lovely form factor and it does seem to perform well when using the right kind of battery. At the end of the day no mod is perfect and if you like the Balrog’s design and can live with its shortcomings then is it a decent enough choice!