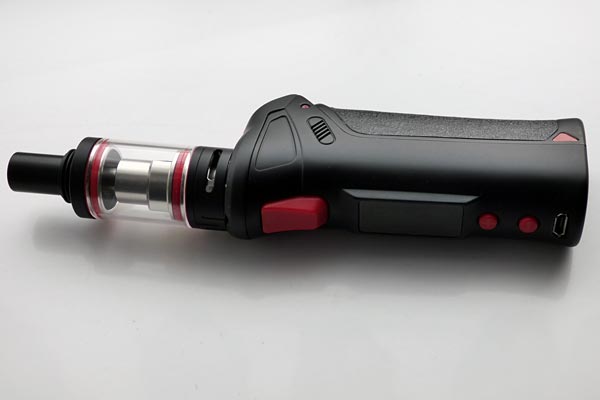 The Target 75VTC produced by Vaporesso is intended as a starter kit and contains a device that offers up to 75W of power with included temperature control functionality. It sports a rather futuristic design which may be ideal for vapers who want to stand out amongst the crowd. In addition the device comes with its own Sub Ohm tank and two coils. 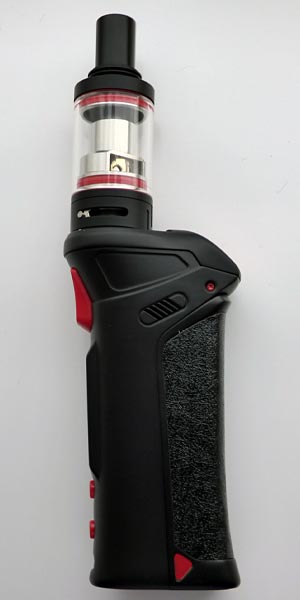 Upon opening the box you are greeted with a device that looks like a prop from a Sci-Fi movie. If you wanted to be unkind you could say it has a very toy-like look but to be entirely fair that is only first impressions.

When you actually try the device out you will find it has a surprisingly good build quality and feels very durable in the hand. The Target has a nice weight to it but it is not overly heavy and seems just right.

I must admit despite the futuristic looks the form factor is quite excellent being very much like the hand grip of some Colonial Marines side arm. In fact the device even has a trigger style fire button so you can pretend to kill Xenomorphs (sorry overactive imagination) while you vape which you have to admit is kind of cool!

The Target features a brass spring-loaded 510 pin and while brass might not be the material of choice for some users it does feel quite durable. In fact the pin itself feels a little stiff to adjust but hopefully that suggests longevity.

The back of the device features the battery compartment and it is really well done. The cover is held on by magnets and feels very well secured. I got absolutely no wobble at all with the device that was sent for review. What I did really like was the fact that the battery compartment cover has a rubberised finish so that made for a very good grip when holding the device. The Target requires a single 18650 battery and it is very easy to fit and remove.

Plenty of venting is provided since the Target has slots in both sides as well as thirteen holes in the base. The front of the device features a nice clean display that is brightly lit. All the typical information is displayed: coil resistance, Wattage and Voltage. In addition temperature is also displayed when using that mode.

In addition to the trigger like fire button that has already been mentioned the Target also has a plus and minus button. These buttons have a good feel to them and seem to work well.

Also located sensibly on the front of the device is the Micro-USB port so you can happily keep the mod in an upright position if you choose to charge the battery via this method.

The included tank is a nice extra and feels decently put together. It has an average 3.5ml capacity which should suit modest users. If I had one little gripe it is the fact that the glass in the tank does sometime rotate a little (noticed when screwing the tank on to the device) but I never had any actual leaks since the O-rings are quite thick. The tank comes with a Delrin drip tip but you can happily replace it with one of your own. Most of my drip tips fitted this tank but there were a few that didn’t fit as well or at all.

The tank feature two large horizontal airflow slots which should be more than enough for most typical users. Unfortunately the tank is a bottom fill design (still very easy to fill) but you can’t expect everything from a starter set.

The included coils are suitably innovative and made of ceramic. As mentioned before in other reviews ceramic coils have no cotton wicking so you won’t risk actually burning them and they should offer increased longevity over traditional pre-made coils. 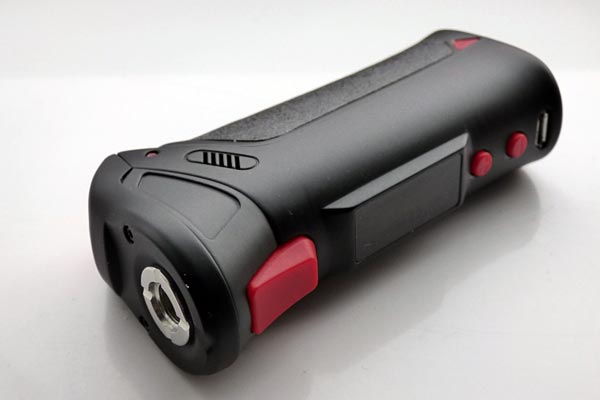 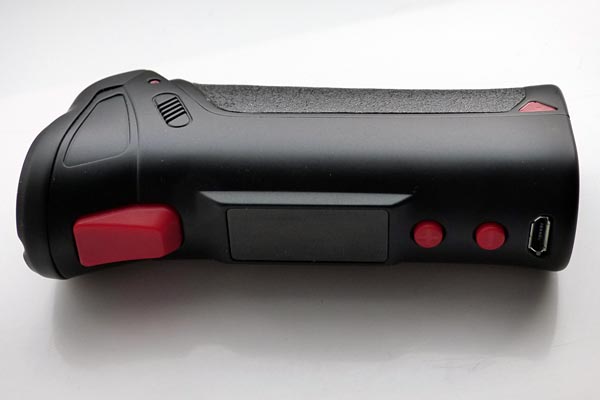 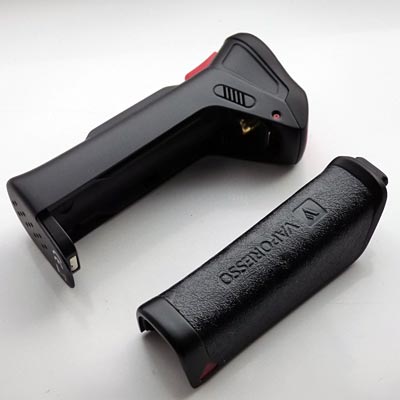 In terms of just using this device it certainly does the job well and 75W will be more than enough for most typical users. I tried out the Target with both my Achilles II RDA and my GP Heron 1.5 encountering absolutely no problems at all.

I then moved on to trying the tank included with the device. The pre-fitted Kanthal and Ceramic coil wasn’t a bad vape at all at 25W but when I increased the Wattage to 35W it really started to shine. On this occasion I was using Black Note Cadenza (slightly spicy tobacco), the flavour was superb and very clean with individual notes being really distinct. There was plenty of heat and excellent cloud production. I really did like the draw on the tank and found myself heavily indulging in a chain vaping session! The airflow on this tank is really good and can be closed down to a degree but in my opinion it is only really going to suit lung hitting vapers.

The results from this coil were impressive and I felt it offered a much better vaping experience than many traditional pre-made Kanthal coils. I lost track of how many times I refilled this tank and I was kind of loathe to swap out the coil.

After finishing off all the liquid in the tank I swapped the coil out for the Ni200 one and set the temperature to 250°C and vaped at my typical 40-45W. This time I decided to use the last of my Unicorn Milk (strawberry milkshake kind of flavour). The coil had no problems handling high VG juice but in my opinion I did not enjoy the vape as much as the Kanthal ceramic coil. Firstly it wasn’t as hot as usual and I didn’t personally like the flavour as much as the previous coil. It still put out a good amount of clouds and perhaps I am being picky but after trying the first coil which was excellent I was a little disappointed. One thing I have noticed with ceramic coils is that they do need a certain amount of time to break in and it is entirely possible that this one gets much better over time.

In terms of temperature control the Target seemed to work really well and I did not encounter any noticeable issues. All in all I really enjoyed using this device and it has an excellent form factor. I found the Target’s futuristic looks kind of grew on me too!

In terms of battery life the Target is very much like any other single 18650 device. If you run at high Wattage or use temperature control often then expect to be changing batteries after a few hours. 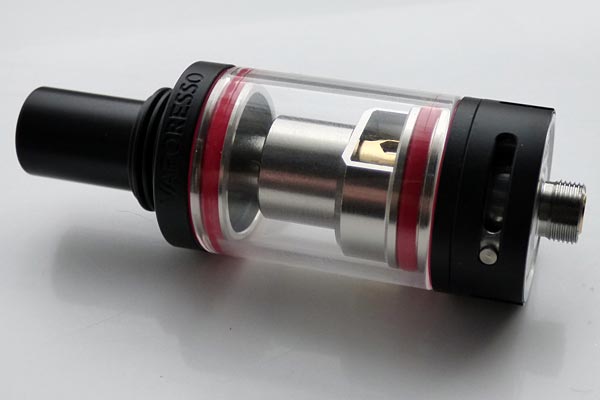 Despite having a sense styling that might not appeal to everyone the Target is a solid, well-built device with a great form factor and it works extremely well!

I think that for the overall package this is a very worthwhile choice if you like its looks. The tank is a good extra to include with the flavour from the Kanthal ceramic coil being rather exceptional. If you are looking for a new form factor friendly device or are someone who just wants to get into vaping then this might be well worth looking at!