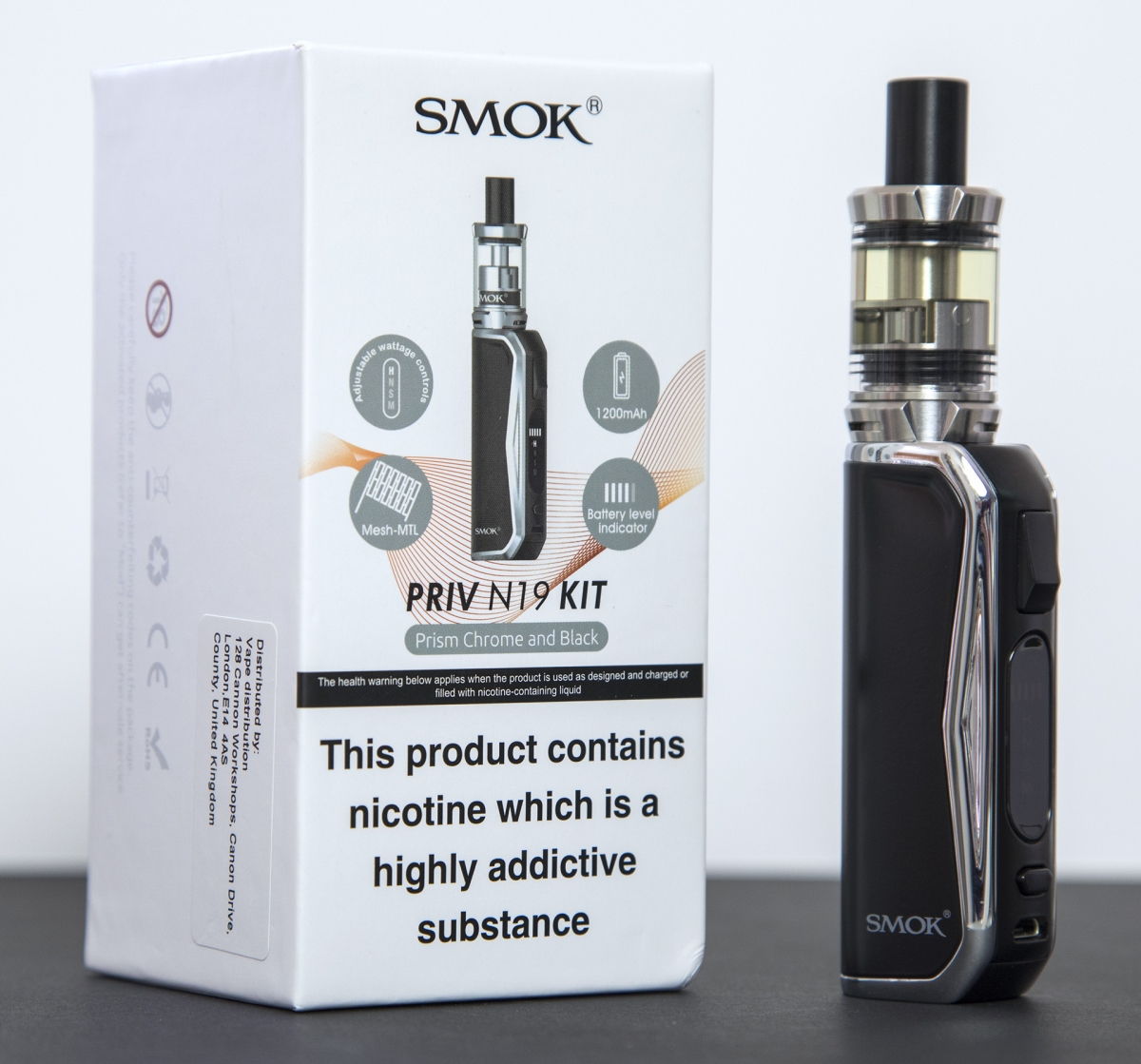 **This review contains many many Grrr’s – it was the mildest word I could use without offending ;)

In A Nutshell & Score

Smok mod with a tank that takes Nord coils and adjustable airflow – surely a winner? Well not exactly, it's more of a Grrrr! The battery life with Nord coils is ridiculous (1ml of juice if you’re lucky). Adjustable airflow aims to please the MTL market, except Smok really don’t understand MTL by adding a wide bore propriety drip tip, yet the flavour is superb! – A wasted opportunity.

It’s not ALL bad news, read on for some actual positives about this kit……

When I read up about the pre-release of this kit I was excited as, at long last, I could enjoy my Nord coils with adjustable airflow and a MTL friendly form. Naturally upon its release I ordered one. To my knowledge this is the first attempt that Smok has made at a true MTL product. 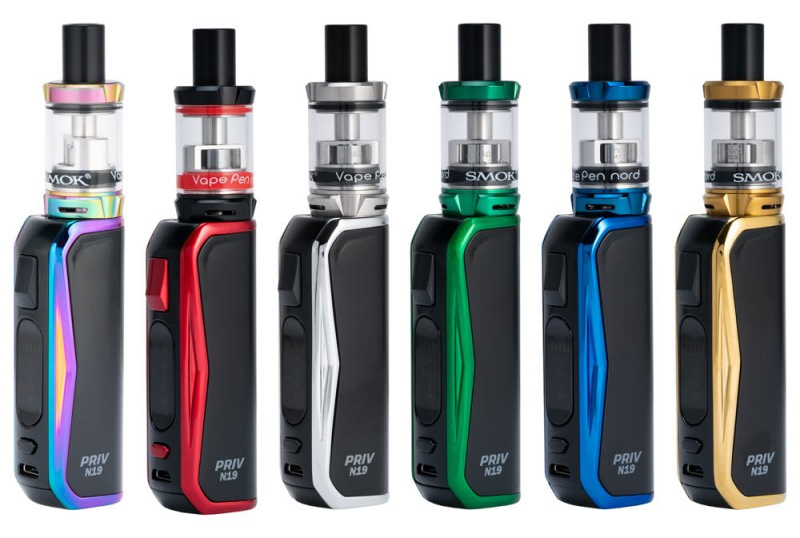 Opening the box up I was impressed with its looks and weight. In the box came the mod, tank, micro USB cable, a spare MTL coil and a unbelievably thick user manual which is almost as heavy as the mod! Grrr!

I was disappointed to find no spares whatsoever, no spare glass, no spare seals, nada! – Grrr! Not the best of starts (curiously Smok lists ‘Spares’ on their site). Grrr?

Now it is clear that by including 2 x 1.4 Ohm coils it is aimed at MTL users but there’s a mixed message. It states ‘Mesh MTL’ coils but on close inspection all I can see is a wire coil. It seems the MTL Mesh is 0.8 Ohms so guess what…… Grrr!

So putting my initial disappointment aside, I popped it on charge and primed up the coil while I waited. 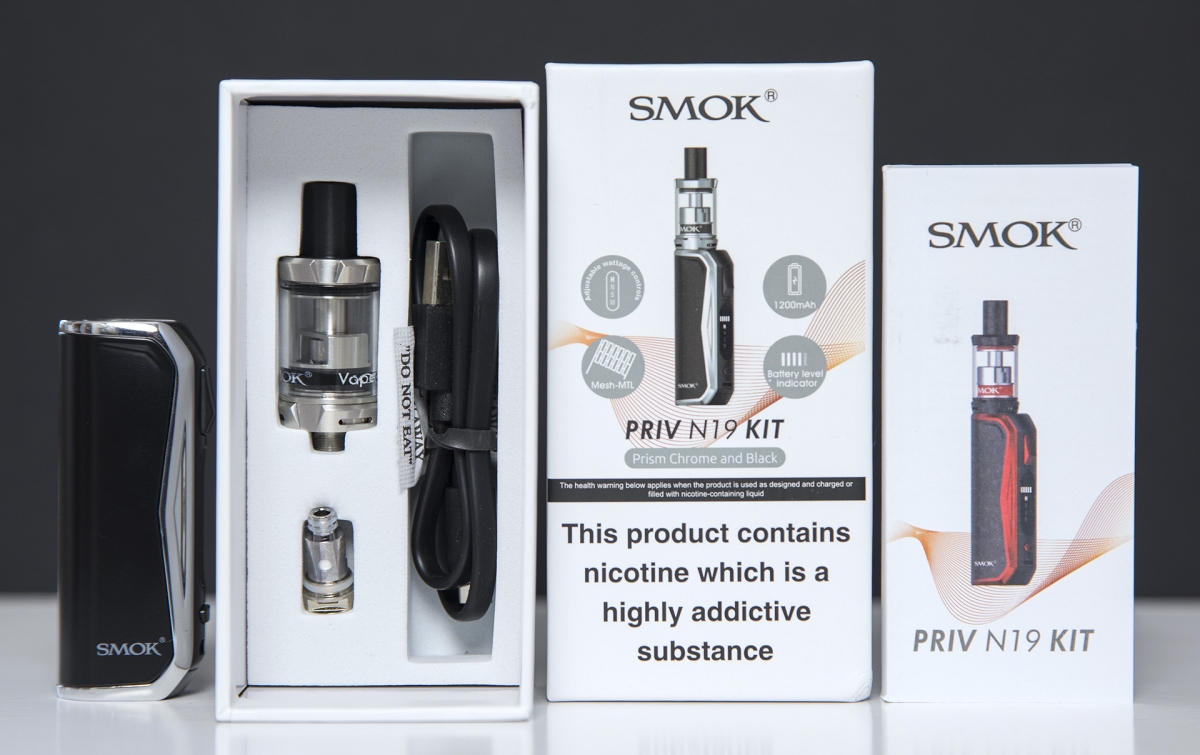 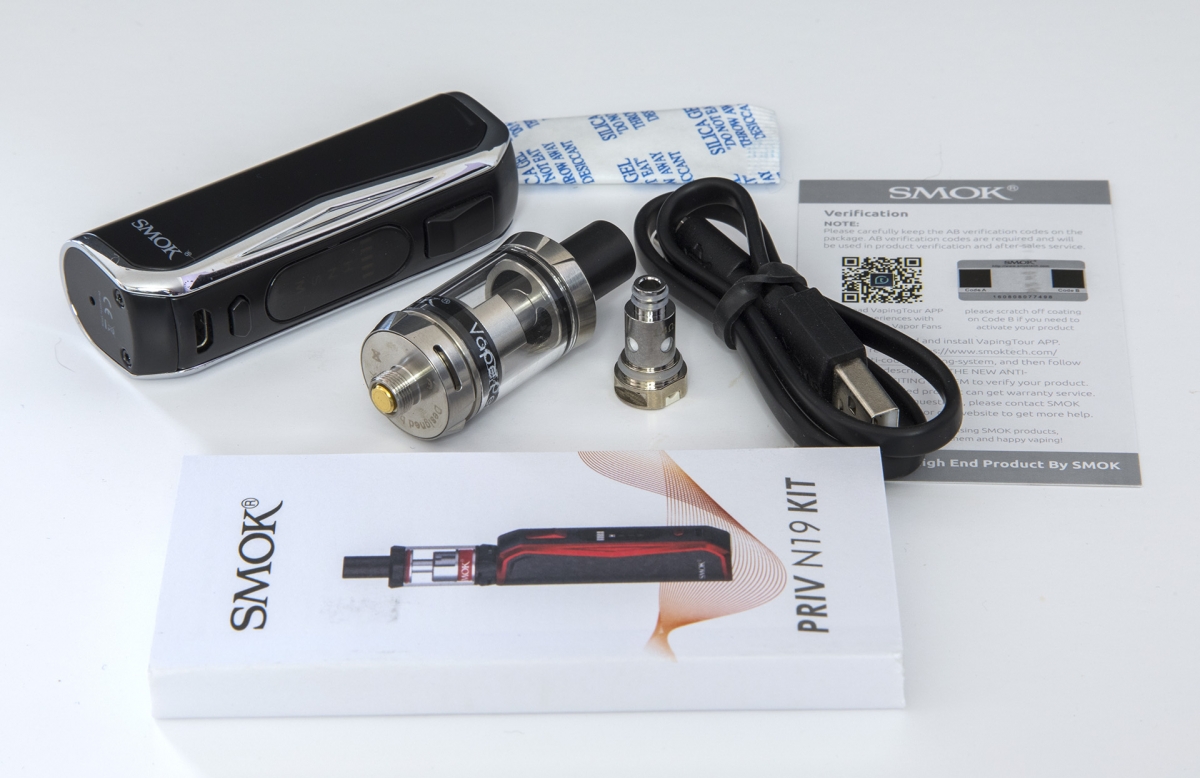 The specs sounded very promising. The 1200mAh battery should have been ample going by the Trinity and Nord. The 19mm adjustable airflow tank and equally slender matching mod, four defined power settings, 2ml capacity (fine for MTL) and 25 watts are also more than enough, and mesh MTL 1.4 Ohm coils were the cherry on the icing. 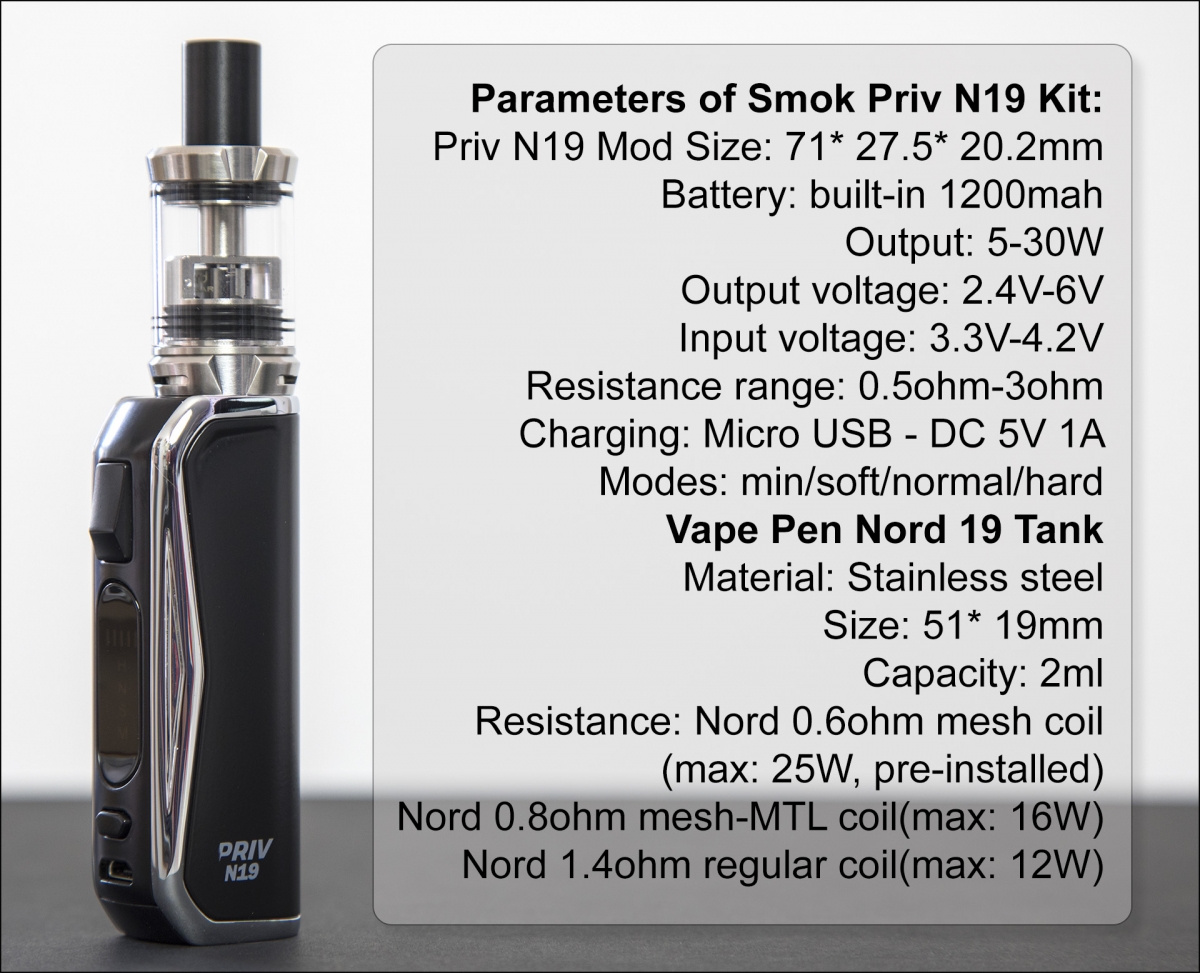 I charged up the mod which seemed to charge very fast (though it had partial charge), and screwed on the 510 connection tank and this brought a smile to my face. It looked great and felt even better in the hand, the build quality is excellent and it has a nice weight to it. Ergonomics were pretty good, though I found the position of the fire button a little odd as whichever way you hold it, your thumb or finger naturally drifts towards the top edge. I still haven’t got used to that – a minor Grrr!

The mod itself is very stylish with it's chrome accents. The screen curves inwards and looks sharp and clear though it’s just LED lit rather than a fully functioning screen, and it is very easy to see outdoors. The power adjust button is nicely positioned and responsive, I have yet to accidentally change the settings as it is out of the way and, though I found the power button out of place, the actual trigger is very nice. The Micro USB port is at the base so the mod can be charged upright. There is very little branding on the mod. The base has a small battery vent hole and the 510 connection means you can add your own 19mm diameter tanks which is welcome.

First impressions of the mod were very good.

The tank, however, leaves a lot to be desired. The horrid, loud branded base seal ruined the look but I got around this (see hack below). The other poor design was the propriety drip tip/filler cap which not only cheapen the look (Grrr!), but it also has a wide bore of 6.8mm which ruins a decent MTL draw. 4mm minimum works best but you have no option to change this. That aside, the metalwork of the tank is very nicely machined and shaped, and the airflow ring is nice and smooth–well it is until you screw it onto the mod – it then jams! Grrr!

How to de-uglyfy the tank:

I simply removed the bottom seal, only to find the white (paint?) had come off and was imprinted into the glass which took some scrubbing to clean off. I then turned the seal inside out which left a ribbed surface. I wondered if it would still seal and took a chance, it works fine and looks much better.

The tank is topfill and that cursed drip tip comes back to haunt again. There is no knurling and it is smooth which makes it hard to grip, so it can be tricky to unscrew and this doesn’t get easier–Grrr! 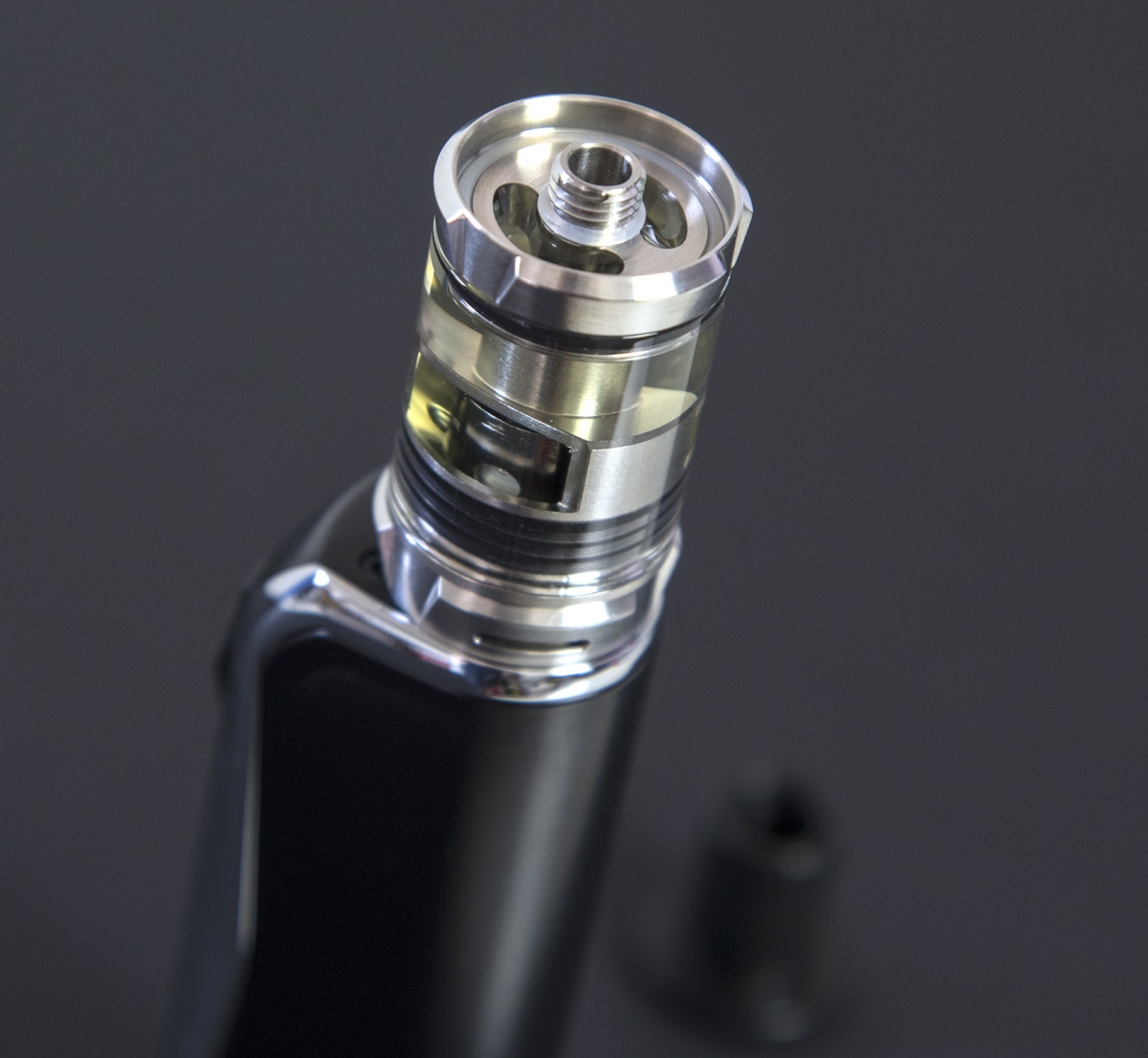 So how does it perform?

As you can probably tell by the ‘Grrr’ count, I was slowly beginning to hate this damn kit...then I took my first vape on it. All my gripes were a distant memory – the Nord coil in almost true MTL delivered such an amazing flavour! Boy this is good! I was really enjoying the vape from it.

But Smok had a couple more Grrr’s up its sleeve. The battery life was the biggest one but before I go into that I will cover the other Grrr which is the bizarre power levels. Here are the presets:

So naturally I started on N (normal) which was pretty damn good if not a little on the warm side and within three draws, the first battery bar vanished! Weird I thought, but I carried on and the abysmal battery life soon became evident. I had hardly used 1ml of juice and the battery status was on 1 bar! I put it down to perhaps it being the first charge but no, it hasn’t improved at all. After a few more charges I tried it on the "soft" power setting. The vape was still very good for flavour and a little cooler, but the battery still drained so fast. I was still only getting around 1ml of juice before it dropped to 1 bar.

I know you’re supposed to charge batteries long before they are fully drained but on this device I recharge at 2 bars and I am forever charging the damn thing. I am shocked by how quickly 1 bar goes down.

The power level set at "normal" also kills the coil faster. The first coil lasted around 5ml using the Nic Salts that I use in my other Nord devices. I have now taken to using it at the lowest setting, "mild". To be fair, the vape is still very flavourful and the battery lasts a little longer, but not by as much as you would expect considering it's maximum wattage is 12 Watts. 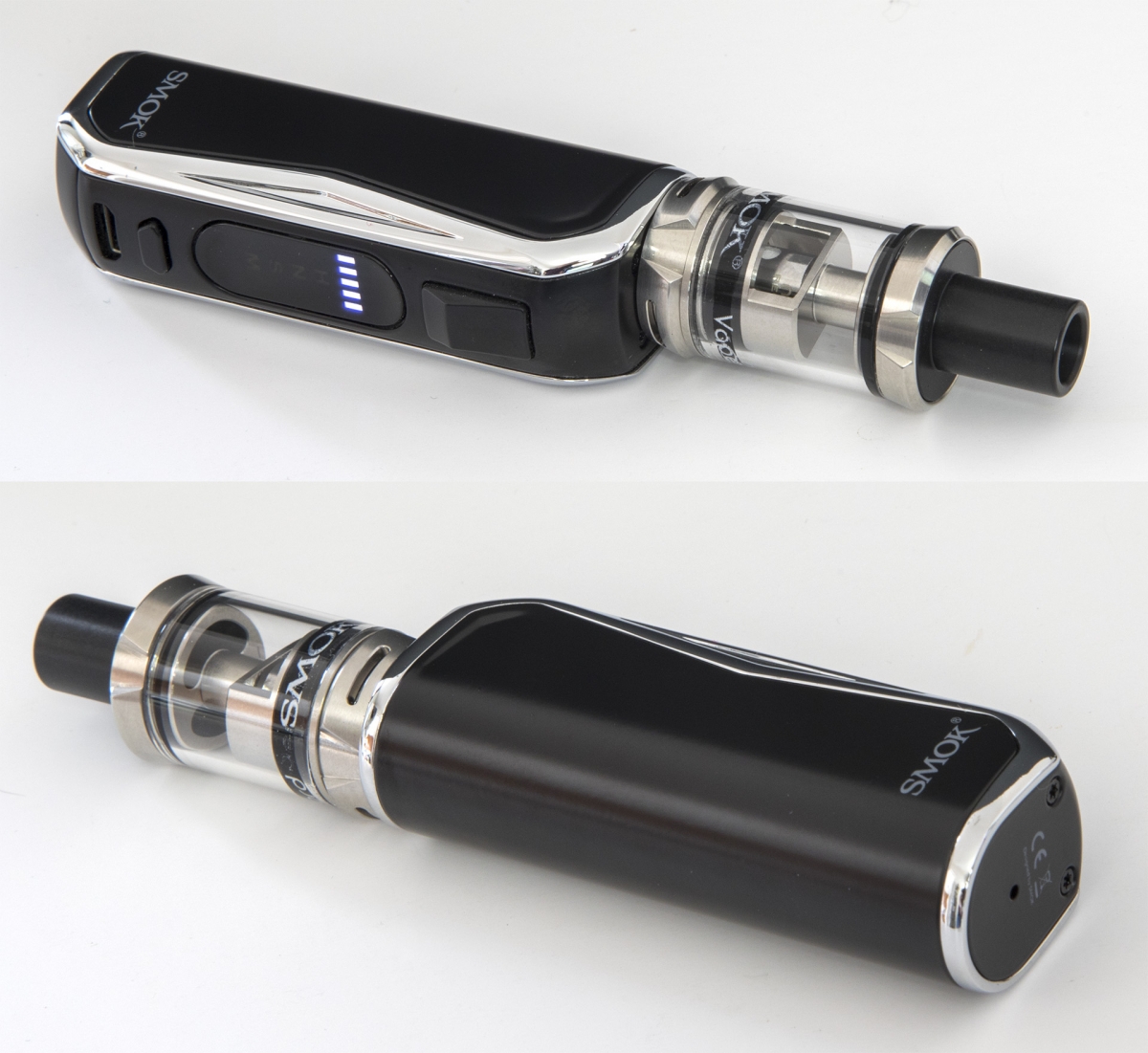 I’ve decided to compare it to other Nord coil devices as the coil is probably the best feature.

Smok Trinity Alpha
I had high hopes for the Trinity Alpha, everything about this device was fantastic except the airflow. It is non-adjustable and very airy so it is only suitable for DTL, and it is no good for higher nic levels and nic salts. I coughed like a goat! Also only the 0.6 ohm coil is any good in it, the 1.4 Ohm gives a frustrating MTL experience, but the battery life is superior.
If you prefer DTL, then the trinity Alpha is a good choice.

Smok Nord
This was my first experience of the Smok Nord coils and, at the time, it blew my previous pods out the water (such as the Aspire Breeze 2 and Aspire AIO). The flavour is intense, though the airy draw made it a poor choice for indoor or stealth vaping as it’s a cloud chucker.

Out of the three, the N19 is my favourite despite it's many flaws/Grrr’s, though my preference is MTL with little to no clouds for indoors. I have my other sub ohm cloud chuckers for outdoors. 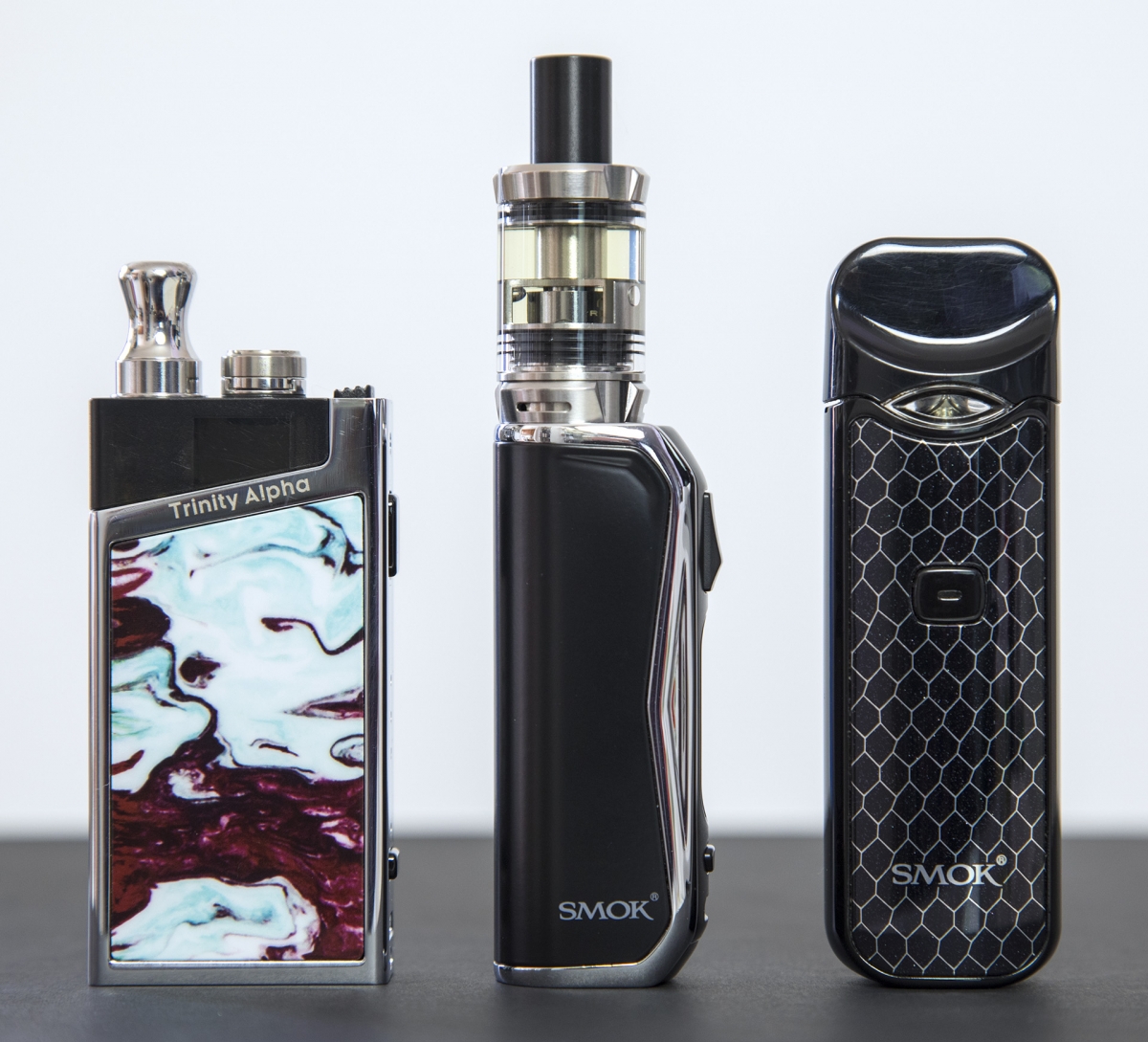 This has been a bitter sweet experience. By rights I should hate this device with a vengeance, but I totally love the vape I get from it. The flavour is superb. I’ve been using it all the way through writing this review and still enjoy every puff I get from its short battery life.

Now I did try making the best of the two components and tried the tank on an 18650 mod and put an MTL RTA on the mod. Both performed well separately, but I ended up going back to its original state with the "mild" power setting on and just living with the flaws.

Do I recommend it? I can’t really give it a high rating. It is just too flawed. All I can do is point out its downfalls and its positives, and you can decide for yourself whether you can live with them but I can say this, you will get awesome flavour from it!

If you love flavour and enjoy being annoyed, this kit is a must buy! It’s a flawed kit, but the flavour makes up for all the negatives for me. Had I known the flaws before I bought it I would be really torn whether to buy it or not, but now I have it I wouldn’t part with it. 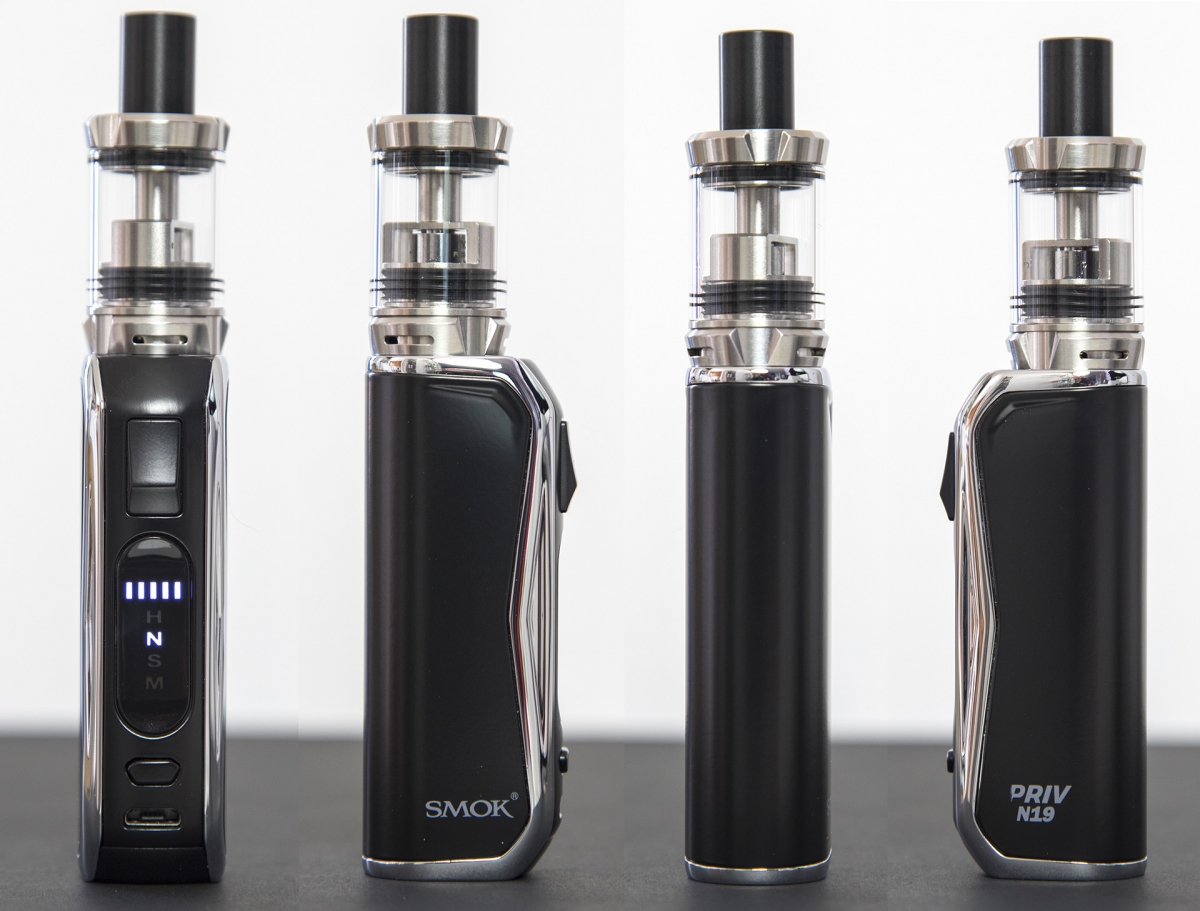