YiHi has been fairly quiet of late so when I saw that there was a new mod available from their budget Pioneer4U arm, I asked our friends over at Sourcemore if we could take a look at the Pioneer4U IPV V200. 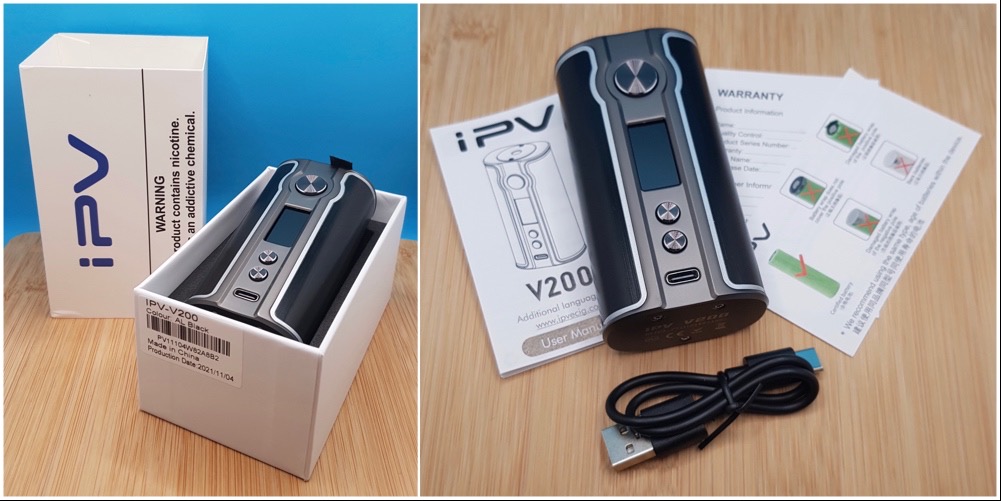 The IPV V200 comes in a box that’s barely much bigger than the mod, and there’s a definite no frills vibe with some basic paperwork and a usb-C cable being the only other items in the box. I was sent the “AL Black” version for review, and there are three other colour options available: “AL Gunmetal”, “Black” and “Woven Blue”. 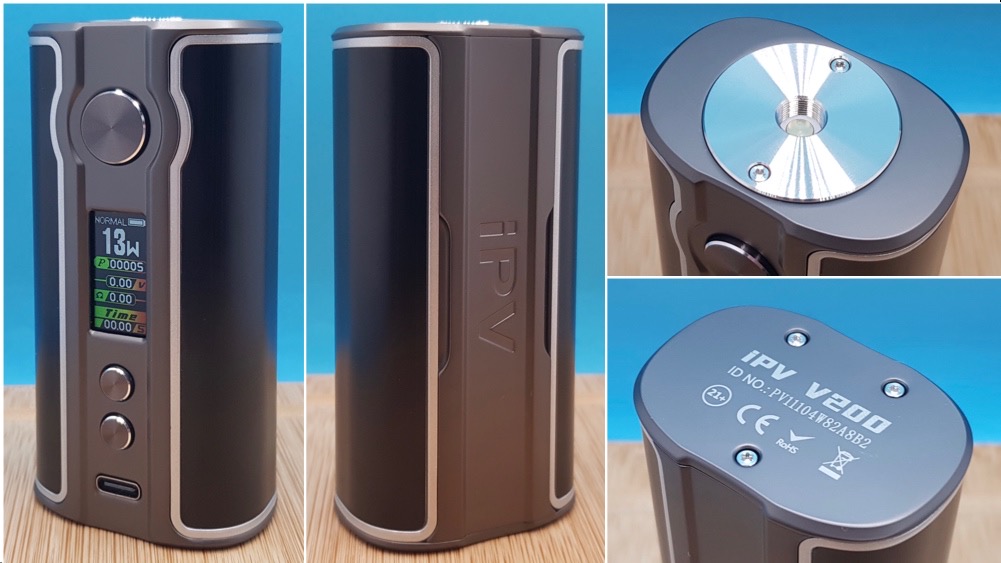 The IPV V200 design aesthetic has overtones of the classic YiHi G-Class going on with the controls on one side along with a 0.96 inch colour screen and USB-c port and a large 510 platform up top. The back is fairly clean with a simple IPV logo deeply embossed into the chassis which doesn’t look out of place and keeps a clean understated look. Finally around the nicely rounded sides there are two decorative panels in your chosen colour.

For my initial out of the box impressions, I have to say that I did feel a little disappointed by a couple of aspects of the IPV V200: the large side panels felt terribly plasticy, and the up/down buttons had a really dead feeling to them with little to no travel. The fire button is perfectly placed for thumb firing and is easy to locate with the subtle cutout placed around it, this has fantastic tactile feedback as well with a lightly textured surface and a really positive click requiring just the right amount of pressure to activate. This of course made those up/down buttons feel even worse in comparison, I am however happy to report that after a few days use these did seem to ease up a little and whilst they still feel a bit muddy in use, they do perform just fine and there’s zero button rattle evident.

The 0.96 inch screen is very vibrant and clear with the information you need well laid out. I was surprised to find that this was only running at half brightness out of the box as this is more than bright enough for normal use, turn it up all the way and if anything, it’s too bright but at least there’s some extra headroom for when the sun does eventually come back out.

The large spring loaded 510 platform is 28mm across, there is room for a 30mm atomiser should you need it but the 510 plate is raised about half a millimeter above the main chassis so you will experience a bit of gapping with anything over 28mm if that’s the sort of thing that bothers you. 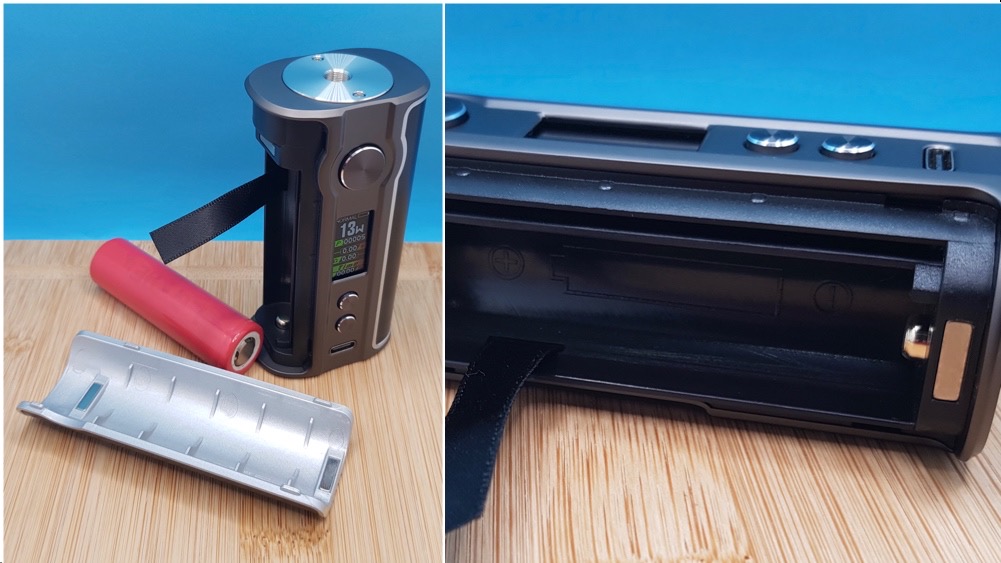 The large side panels pull double duty as the battery covers and are held in place with strong magnets on the top and bottom. I have seen others complain that the panels can be difficult to remove but if you look around the back next to the IPV logo, you’ll find two cutouts in the chassis which are there so that you can hook a fingernail under the panels to flip them away easily.

The battery compartments have spring loaded contacts on the bottom, there is a curious lip here as well which can make putting batteries in a bit of a chore, it’s fine once you’ve figured out how you need to angle the battery though. Whilst the polarity is marked this could definitely have been done a lot better as it’s quite difficult to see, I have found myself putting a battery in the wrong way on more than one occasion, it’s a good job there’s reverse polarity protection! The side panels are of course plastic but feel substantial enough that I’m not worried about them breaking, and there’s only the tiniest amount of movement in the up/down orientation which you’ll never notice in day to day use.

Speaking of day to day use, what was the IPV V200 like as my daily driver for the last week or so? Well it’s no secret that YiHi are the past masters of the convoluted control scheme. If I haven’t used one of my YiHi mods in a while, I frequently find myself having to look for the manual to remind myself how to operate them! Whilst this once again uses a non-standard interface, it is simplicity itself to use so that shouldn’t be an issue this time but that might have as much to do with the fact that this has had a lot of the features you might expect from a YiHi board stripped away….if you were expecting temperature control look away now because this new YiHi SX531 chipset is wattage only.

You have three main power modes (soft, normal and strong) plus three SXi-EQ banks (programmable power curves). The “normal” mode felt a little underpowered and I had to bump the wattage up a bit to get the results I was expecting, but this was consistent once I’d found the sweet spot for whatever I was using. The “soft” and “strong” modes are quite frankly awful, they start at 50% above or below your chosen wattage and gradually make their way to your chosen wattage. I really didn’t enjoy using either of them at all, in fact I found setting up my own custom SXi power curve was much better and that’s the way I’ve continued to use the IPV V200 ever since.

One other peculiar thing I noticed with the new YiHi SX531 chipset is that it would power on if I put a single battery in the right hand bank but then lack the power to do anything, and placing a battery in the left bank did nothing at all. On board charging was quick peaking at about 1.9 amps, and I’m glad to see that the board is supposed to be waterproof as well.

I love the design aesthetic in play with the Pioneer4U IPV V200 as it reminds me of classic YiHi mods from the past. I’m sure many YiHi enthusiasts will be disappointed (if not horrified) by the lack of any temperature control modes and materials used here, but given that they now use Pioneer4U and IPV as their budget entry level brands, coupled with the fairly competitive price point that the IPV V200 is being offered at, I for one can forgive them on this front and this has made me excited to see some of their other upcoming releases slated for this year.

Thanks once again to Sourcemore for sending the Pioneer4U IPV V200 over for review. 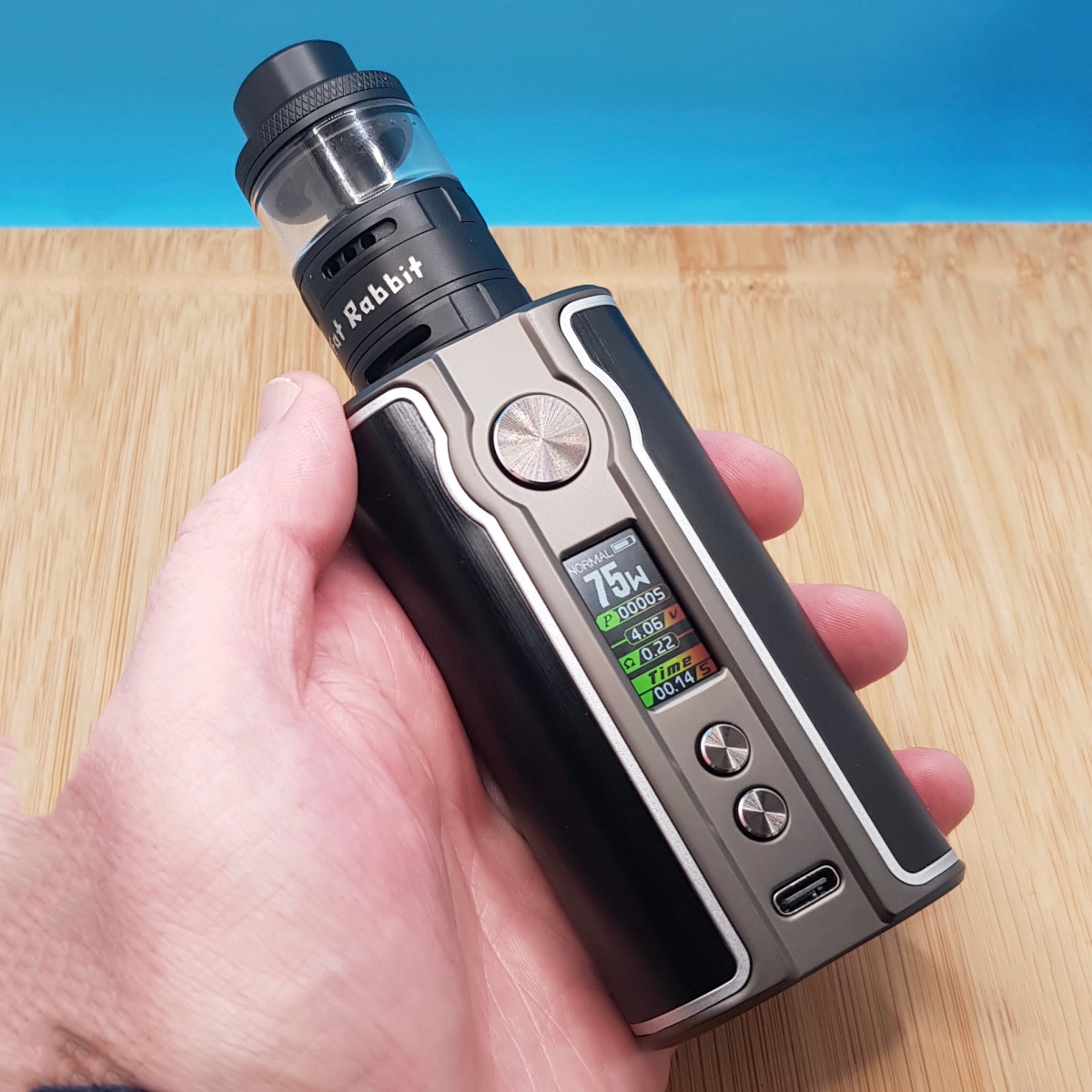