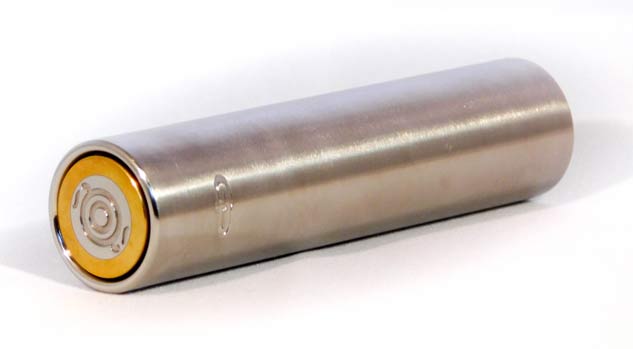 Introduction to the GP Paps V4

Manufactured by Vapourart in Greece, the GP Paps series of mechanical mods have been running since September 2011, when the original Paps mechanical mod prototype featuring a brass switch and aluminium tube section made an appearance on a Greek forum. This was followed up with the first official release of the GP Paps V0 in January 2011 which quickly became a highly sought after collectors item, especially with it only being commercially sold in Greece and Germany.

Since then, the Paps series has undergone many revisions, each version of the GP Paps offering almost unparallelled design quality and the very best manufacturing standards around. The Paps series has a fierce and loyal fanbase around the globe ensuring that the GP Paps series of mechanical mods sell by the truckload and remain extremely popular amongst mechanical mod aficionados. There’s good reason too- if you buy a (genuine) GP Paps mod you are assured of outstanding performance and stunning looks.

The latest edition of the GP Paps series is the GP Paps V4, released towards the end of July it's been a huge seller for Vapourart, stock has been very hard to get hold of- for example the latest Vapourday sale by Vapourart saw all stock gone within 6 minutes. That’s not just the GP Paps V4, that was six minutes of madness that saw all stock of everything put up for sale on the site gone...

I’ve only just myself been able to get my hands on one myself so let’s take a look at what makes the GP Paps V4 such a highly desirable item...

What's in the box

By default the GP Paps V4 comes in 18650 battery tube configuration featuring a stunning brushed finish, ‘GP’ CNC engraved on the side, the top cap is mirror polished and just absolutely gorgeous. One of the most incredible features of the GP Paps V4 is that the seam on the top cap and locking ring (when unlocked) is nigh on invisible, you have got to look very hard to see where the seams are on the tube. Word of warning, the edge of the top cap is sharp due to the near invisible seam, so when taking the top cap off be careful! 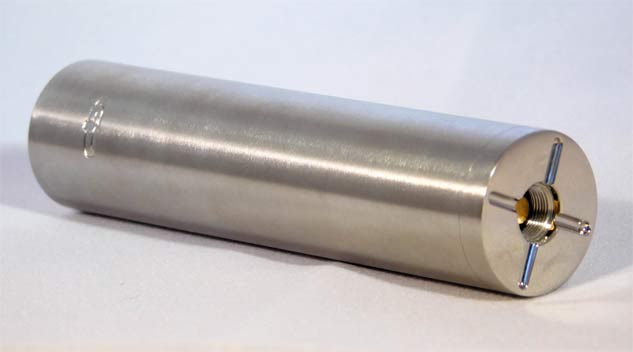 Like the previous GP Paps V3, the GP Paps V4 is of a 22mm width to accommodate the most popular atomisers available. Anything I have used in conjunction with the GP Paps V4 has sat completely flush with no visible gaps, and I have not once needed to manually adjust anything to achieve this. The top cap features 510 threading, as well as the previously mentioned polished finish and four airflow grooves cut into the top cap to accommodate atomisers that utilize bottom airflow. 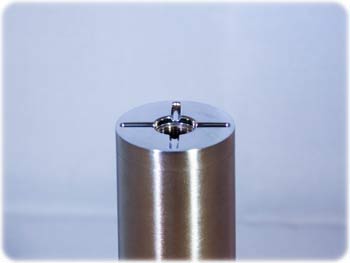 Present in the top cap is the patented GPin, an autoadjustable pogo pin which allows for your atomisers to sit flush with no gap, eliminating the need for manual adjustment with a screwdriver, whilst still retaining superb conductivity and minimal loss of voltage and a constant force to the battery. The GPin is found in a delrin insulator which is protected against you accidentally screwing the GPin itself in too far which could cause issues with battery compression.

I’ve almost exclusively used my GP Paps V4 with my Rose V2-S or Snapdragon RDA as paired with either of those atomisers the visual appearance is absolutely striking. I’m really excited for the upcoming release of the new Heron atomiser soon as in my opinion a GP Paps/Heron combination is one of the most gorgeous mod and atty combos around.

Overall, the finish of the GP Paps V4 is completely impeccable, the combination of hand polishing, CNC engraving and the brushed finish on the tube combining to offer one of the most beautiful mods to date. 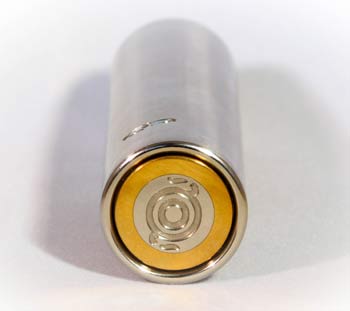 First thing you are going to notice when using the GP Paps V4 is how incredibly short the throw of the switch is, the throw measuring a mere 0.3mm. You don’t need to apply much force to the switch itself to get it to fire, and it’s incredibly smooth with not even a hint of button crunch. With the newly designed locking ring, a stuck locking ring is a thing of the past, a small turn of the smooth locking ring will lock and unlock the locking ring itself.

The switch itself is manufactured from brass, with a stainless steel circle in the centre featuring the trademark aeolipile Vapourart insignia, the switch being CNC engraved and polished. Vent holes are also present in the switch assembly for added safety and it disassembles easily for cleaning and maintenance. With the switch being redesigned over previous Paps releases, the switch no longer rotates during use which could result in the switch unscrewing. It works like a dream and I have had no misfiring incidents, even when standing the GP Paps V4 on a table with the locking ring unlocked.

The GP Paps V4 is one of those items that almost transcends vaping and steps into the realm of being a work of art. Looks wise, it’s absolutely stunning, performance is flawless and the switch is the best there is. It’s a testament to design engineering and the benchmark when it comes to mechanical mod performance. It’s rare these days that I will take a unit out of it’s box and be left totally speechless by the sheer beauty of it, but the GP Paps V4 achieved that as well as achieving the very best performance I have experienced from a mechanical mod yet.

I purchased the GP Paps V4 from www.vapist.net, the GP Paps V4 is a highly sought after item so if you are considering purchasing one- grab it as soon as stock is available as it won’t last long!