The Druid's Brew Review by VapeMaster

An Introduction to The Druid’s Brew

I have always been fascinated by smells and flavours, reacting strongly to the smells I encountered to the point it became something of a family joke – as an adult this became a passion for cooking- for creating flavours- and I indulge this passion endlessly. I took up vaping in 2012 and it was natural for me to start mixing and experimenting.

My initial mixes were attempts to recreate what I enjoyed vaping myself- RY4, vanillas, Long Bottom Leaf, Shire Malt. It quickly turned into the pursuit of something else: A flavour concept.

The Druid’s Brew is an E-Juice company based in Wales run by Paul Green. Originally there was only one juice on offer being Bread of Heaven but now a second juice called Snow Queen is available. You can tell Paul puts a lot of time and passion into creating these juices because despite their being only two juices in the range they are both extremely complex and very unique.

The bottles are the typical plastic squeeze kind with child proof caps and all the relevant information is clearly marked and they feature clear warnings.

The 50ml bottles are a little different and have a child proof cap that you initially remove and then you have to screw on the twist nozzle top cap that comes with the bottle. The nozzle can be twisted to open up or close off the juice flow from the bottle and at no point did the nozzles ever block up for me.

Both juices are mixed to a ratio of 50/50 VG & PG. The juice is available in the following nicotine strengths: 24mg, 18mg, 12mg and 6mg. A zero nicotine option is also available.

This is a true tobacco menthol: a unique blend of smooth tobacco flavours with a hint of mint finely balanced with menthol. This equilibrium generates mysterious twists: sharp, warm, juicy- never boring. Snow Queen will appeal to vapers looking for an all-day vape who have struggled to find a menthol they like, even those who think that menthol isn’t for them. Not simply a tobacco menthol- a menthol renaissance. 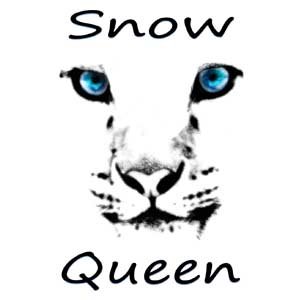 I was recently browsing the All the Juices website for new tobacco flavours that I might enjoy and I came across Snow Queen. The user ratings were very favourable and I liked the sound of it. I then went to The Druid’s Brew to get myself a 10ml bottle in 6mg strength.

Delivery was very quick and once I had the bottle out of the packaging I filled up my Herakles Sub-Ohm tank. The tank had a 0.2ohm Ni200 coil fitted and I vaped this juice at 240°C on my iPV 4S set at 40 Joules.

To be honest I was expecting a good quality menthol tobacco and this juice certainly delivered in that department but at the same time it was altogether different.

The base ingredient of this juice is an expertly blended combination of several tobaccos and makes for a highly unique flavour. The menthol that is added into the mix does not overpower the tobacco at all and works in perfect balance with it providing the juice with a little bit of bite.

The menthol seems very much like fresh garden mint because there is an element of that herbal quality to it. It does not have that incredibly icy edge and face freezing cold that a lot of menthol vapes incorporate. However if you do take very long draws on it then it does certainly get more potent and I found myself doing that on occasion for a little more kick.

I suspect there is also something else in the mix possibly a hint of citrus but it’s not something you can immediately define since it works as a background note to compliment the mix as a whole.

There is a slight smell given off when you vape this one but it is pleasant and non-offensive. I would describe it as a sweet candyfloss sort of smell.

I went through a 10ml bottle of this juice in about four hours because once I started vaping this one I couldn’t put it down. The next day I quickly returned to the site to get myself a 50ml bottle because it was so nice.

Interestingly enough Paul has designed this juice to be enjoyed by a wide audience not just menthol lovers because the flavour is altogether different to any menthol based vapes you might have tried before and also because the menthol is so well blended that it never overpowers the rest of the flavours.

Snow Queen is an extremely smooth and creamy vape with a very unique flavour. If you enjoy tobacco vapes then you owe it to yourself to try this one. Vapour production was very good but typical of this mix ratio and I found the throat hit to be medium.

This is a mellow tobacco vape; slightly sweet with warm, fruity overtones. This will appeal to those who want an all-day tobacco vape but don’t want the harshness of tobacco itself. It is a shapeshifter, keeping you guessing whilst delivering on flavour. 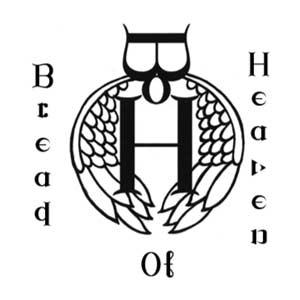 After trying my first bottle of Snow Queen I knew I had to try Bread of Heaven which is Paul’s signature juice. I did initially watch a couple of YouTube reviews on it before purchasing so I could be certain I would enjoy it. The feedback was very positive but a few of the reviewers stated that they hadn’t really liked it immediately due to how unusual it was but they did mention that it certainly grows on you over time and once you become hooked you can’t put it down.

I thought to myself that if this juice was going to be as good as Snow Queen then a 10ml bottle wouldn’t last me five minutes so I decided to order 50ml.

Once more this juice went straight in the Herakles Sub-Ohm tank and with temperature control enabled I took my first hit. My initial thoughts were somewhere along the lines of “Wow”, “OMG”, because this juice is truly incredible. I did not have the strange reaction that some YouTube reviewers have had to this juice but I can understand why they may not have initially liked it.

Bread of Heaven is very complex and it has a lot of ingredients. Firstly you have a blend of several tobaccos but at the same time you also get a sweet creaminess as well a subtle malty taste. Then you have fruit, almost like sultanas and something that reminded me of a toasted teacake taste. It doesn’t stop there because this juice has citrus notes blended in there that sometimes are just a background element but then at other times they can take centre stage.

The most interesting aspect of this juice is the way the flavours seem to change but the base flavour is always there in the background tying it altogether. I don’t believe anyone could every get bored of this juice because just like the description states, it is a shapeshifter.

Bread of Heaven has elements of various tobacco e-juices I have really enjoyed but it is altogether unique. I can recognise aspects of Boba’s Bounty, Shire Malt and Longbottom Leaf but I would be doing this juice a disservice to suggest it was any form of amalgamation because it isn’t and such a complex juice as this can’t really be defined anyway.

In a Sub-Ohm tank this juice is lovely but put it on a dripper and just like you’d expect it’s even better. I had a small drop left that I ended up finishing in my Snapdragon RDA and it really was an amazing vape.

It is important to note that this juice does give off a slight odour. It is kind of that aroma of a quality bakery or posh tea shop with the smell of scones and teacakes in the air.

In conclusion Bread of Heaven is complicated but by the same token it is exquisite. Without a doubt this is a juice you should think about trying. If by some chance you don’t like it then send it to me because I’ll happily vape it for you, make sure to order 50ml though because I can get through 10ml ones fast.

Vapour production was once again very typical of this mix ratio and the juice had a mild to medium throat hit in 6mg strength. Throat hit does get a little stronger if you take extremely long draws when vaping.

Both Bread of Heaven and Snow Queen are fabulous juices that are worth every penny and you should definitely check them out.

The Druid’s Brew sells Bread of Heaven and 10ml bottles of Snow Queen but if you want a larger bottle of Snow Queen you will have to order that from Paul’s sister site Hwblbwbl:

For anyone who still likes extremely strong e-liquid there is a Special Reserve version of Bread of Heaven in 36mg strength. Yes you read that right and since I can’t vape anything higher than 6mg these days I suspect it would knock me sideways, so I will pass on that one. However I am sure it will appeal to anyone who loves high strength juice.

Please note both juices in this review were ordered by myself out of my own money and were not provided as freebies.

Paul from Druid’s Brew/Hwblbwbl has generously offered two 50ml bottles as a competition prize to one lucky vaper. For your chance to win please see our competition.