"It is the long history of humankind (and animal kind, too) that those who learned to collaborate and improvise most effectively have prevailed." – Charles Darwin

He was a pretty clever dude, that Darwin! We can all achieve great things alone but sometimes when we work together, we can go even further. So, with that in mind, I am checking out a fantastic collaboration between two of the UK’s best gourmet e-liquid makers, Manabush and El Diablo. They have come together to create the very unique Diablo Divergent, a truly devilishly meeting of minds.

Manabush may have made their name with their own take on tobacco flavours, but they have also perfected cola, a notoriously tricky flavour to pull off successfully. Now I hate commercial “cola” drinks, they are weak, artificial, soul sucking nastiness in a can, but I love the good stuff, you know the real deal that is brewed from magical blends of botanical herbs and spices with a little pinch of magic. It may cost more but is well worth the extra pennies for something that doesn’t feel like it is slowly poisoning me. I know I am a bit of a foodie snob, but I wear that like a badge of honour! Manabush have recreated that taste and it is something very special indeed.

El Diablo specialise in fruity mixes with their own unique take on flavour. With their attention to detail and their eye for the macabre, they have built a strong fan base over the years. For the older vapers amongst us, you probably have had the (mis)fortune of meeting both teams in the near legendary Vapefest Big Top which really was a gathering of the best of the best from the UK e-liquid scene. The Big Top was always the place where the cool kids hung out, well there and the Potv tent of course!

One of the most beautiful aspects of the Big Top was the spirit of unity between the companies who joined together, and this collaboration really sums up that vibe and bottles it. That spirit has always been one of the greatest things about the UK vaping scene and it is really nice in these corporate days of big businesses to see that the love is still alive and kicking. 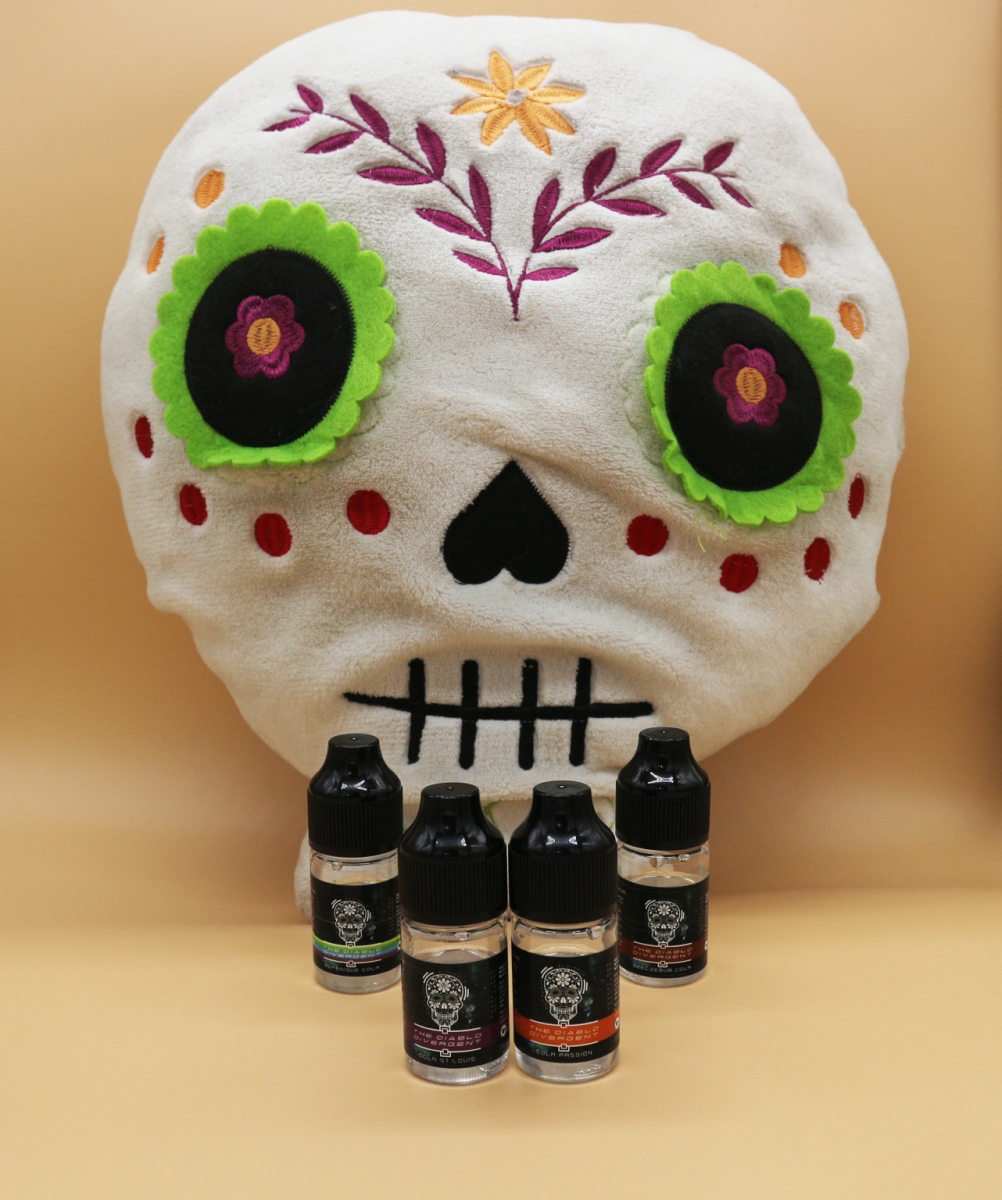 Both companies look after us 6mg vapers too, I have already covered the process in my review of the Leaf range from Manabush, but El Diablo do the same thing so if you like a little more of a kick from your juices, go and check them out too as they make some fantastic e-liquids. But just to recap, for 6mg juices they make 20mg of boosted flavour e-liquid which you add a nicshot to and this gives you 30ml of 6mg e-liquid. I cannot stress how much I love this; you get decent strength and full flavour without having to do any maths, so it has to be a winner. They also come in 50ml bottles for 3mg vapers.

I love the branding; it really brings both companies together. El Diablo has some of my favourite label design, I mean who doesn’t love Calavera artwork. In this case, skulls are perfectly blended with the Cola Divergent style in a visual taste of what is to come. The bottles themselves have the brilliant flip top, easy fill lids which are head and shoulders the best bottles out there for ease of use.

All of these flavours use the Cola Divergent base, which is simply one of the best cola flavoured e-liquids. It is rich and full of flavour, a really authentic cola flavour with all the complexity of the real stuff. What really blows me away is that it is really kind to coils. Cola is a notorious coil killer, I’ve had some that won’t even last for a single tank load before gunking everything up. It can be proper nasty stuff. But as an experiment, I kept going on one wick and coil to see how long I could go before I had to clean things up and I managed four days, with roughly two to three refills a day. That is just ridiculous, and my only explanation is that Manabush have done some kind of deal with the Devil, and this time, I’m not talking about El Diablo! 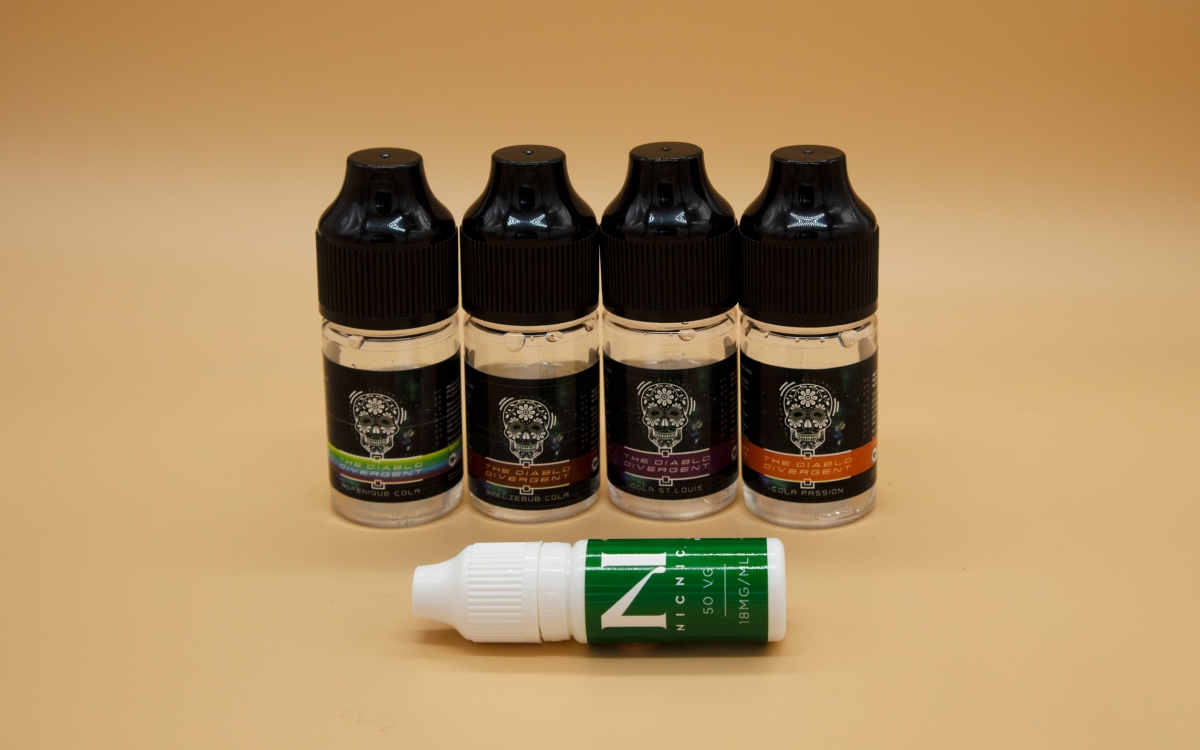 “Cola St. Louis is a cunning blend of our own Traditional Cola mixes with El Diablos excellent fruit lovers dream”

Cola St Louis is a blend of pineapple, peach and raspberry. Initially I got a strong cola flavour with a hint of something else, but on the exhale is where St Louis starts to shine. The pineapple gives everything an almost citrus tang which is smoothed out by the peach. The raspberry pulls the two elements together acting as a Segway between the cola and the fruity mix. It is sharper and quite complex, but you can just sit back and enjoy the flavour if you aren’t into deep flavour analysis. 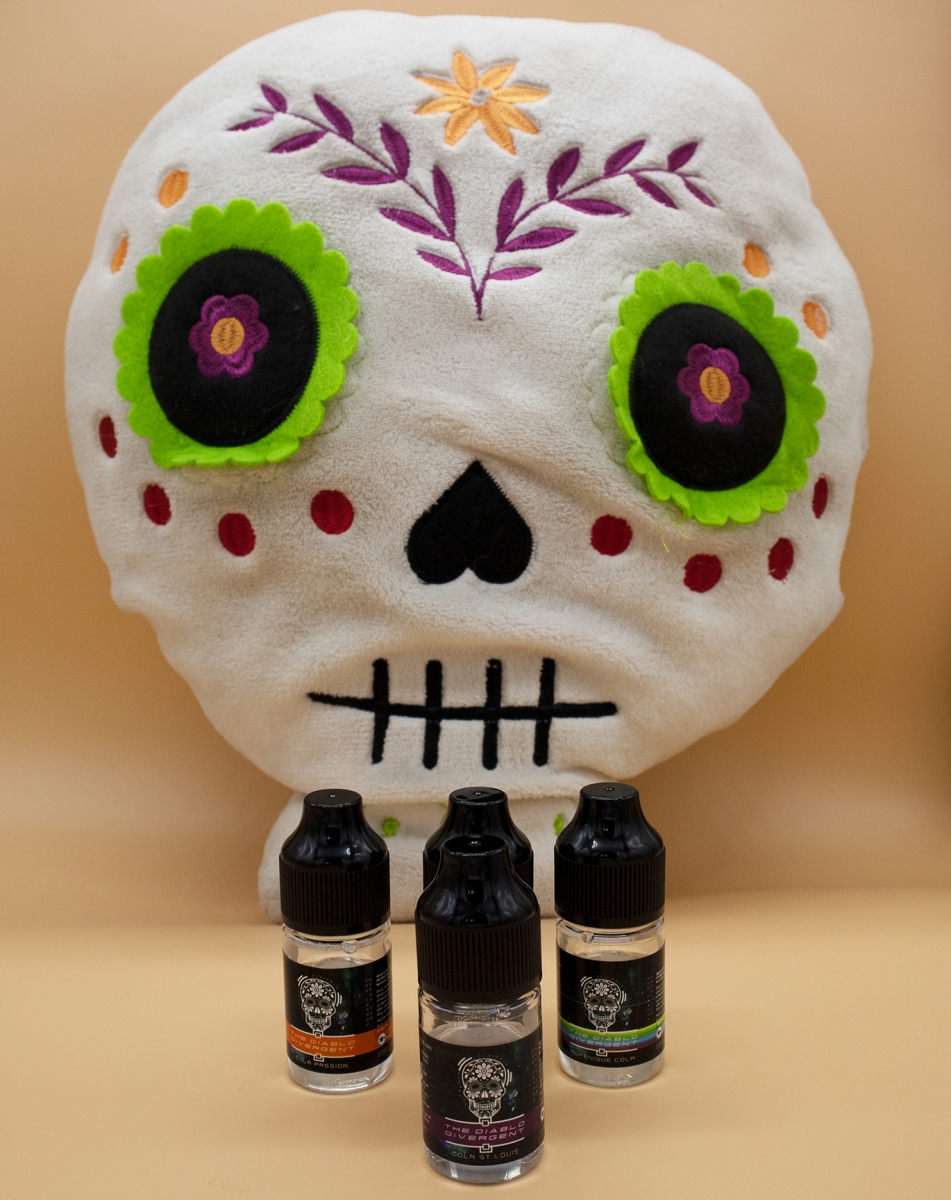 “This is one for the Passion Fruit lovers!”

From the name, Cola Passion sounds the most basic of the four flavours but dig a bit deeper and there is more going on here than the name suggests. Along with the passionfruit, you will find a mix of dragonfruit, strawberry and apple which makes for a refreshing, clean flavour. The dragonfruit adds a slightly floral note which works surprisingly well with the botanical nature of the cola. The apple comes through as a refreshing, cleansing flavour and gives everything a bit of a bite. 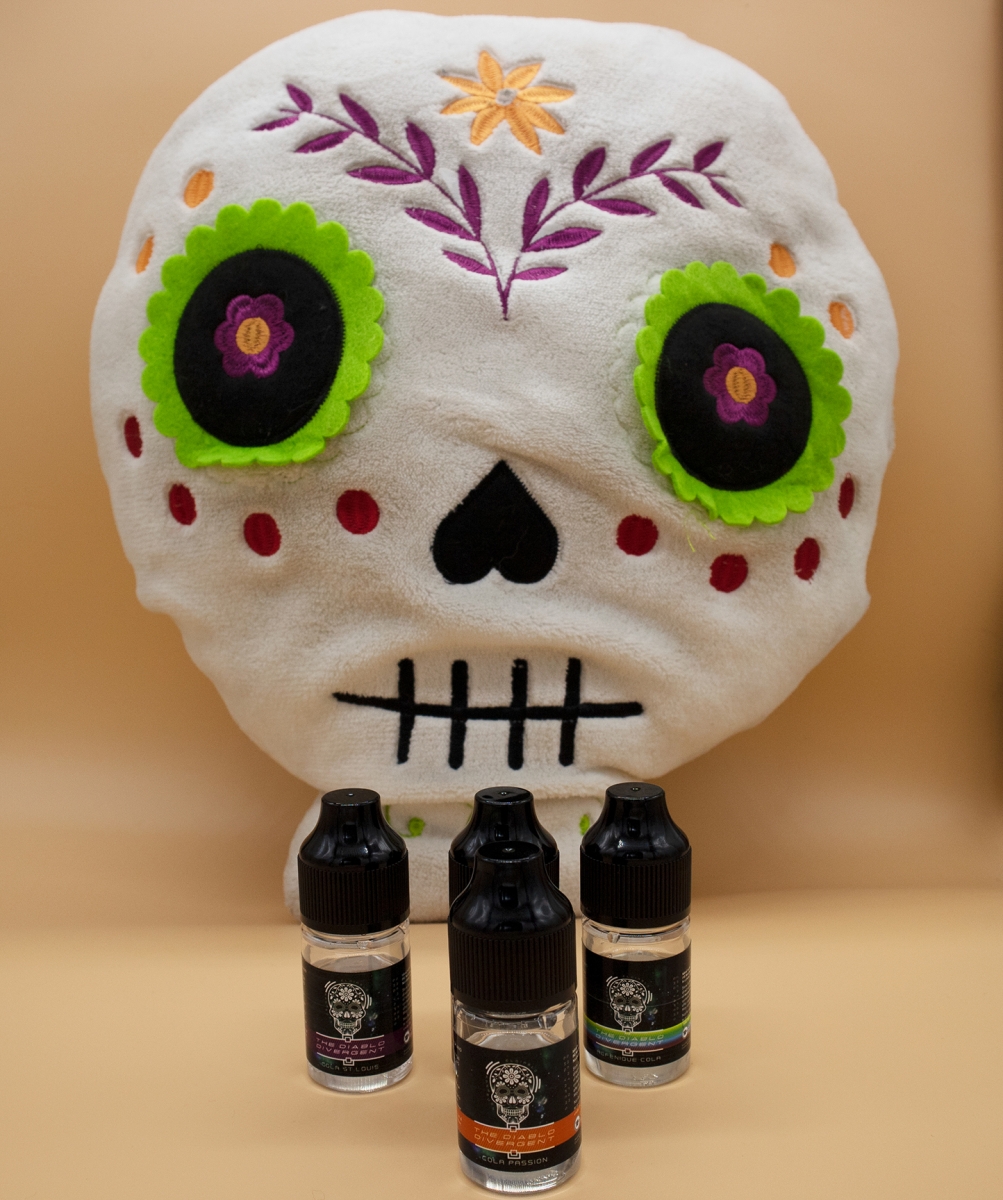 Beelzebub Cola is a no brainer, autumnal berries and apple work so well with cola, especially the blackcurrant which has a deep, decadent beauty. I have to admit to my own ignorance here as I had not heard of black raspberries before, but if they taste as good as they do in this blend, I am definitely going to have to hunt some down to try. It could all get too rich, there are some heavy hitting flavours here, but once again the apple works to lighten and lift things leaving a clean, crisp aftertaste setting things up nicely for the next inhale. 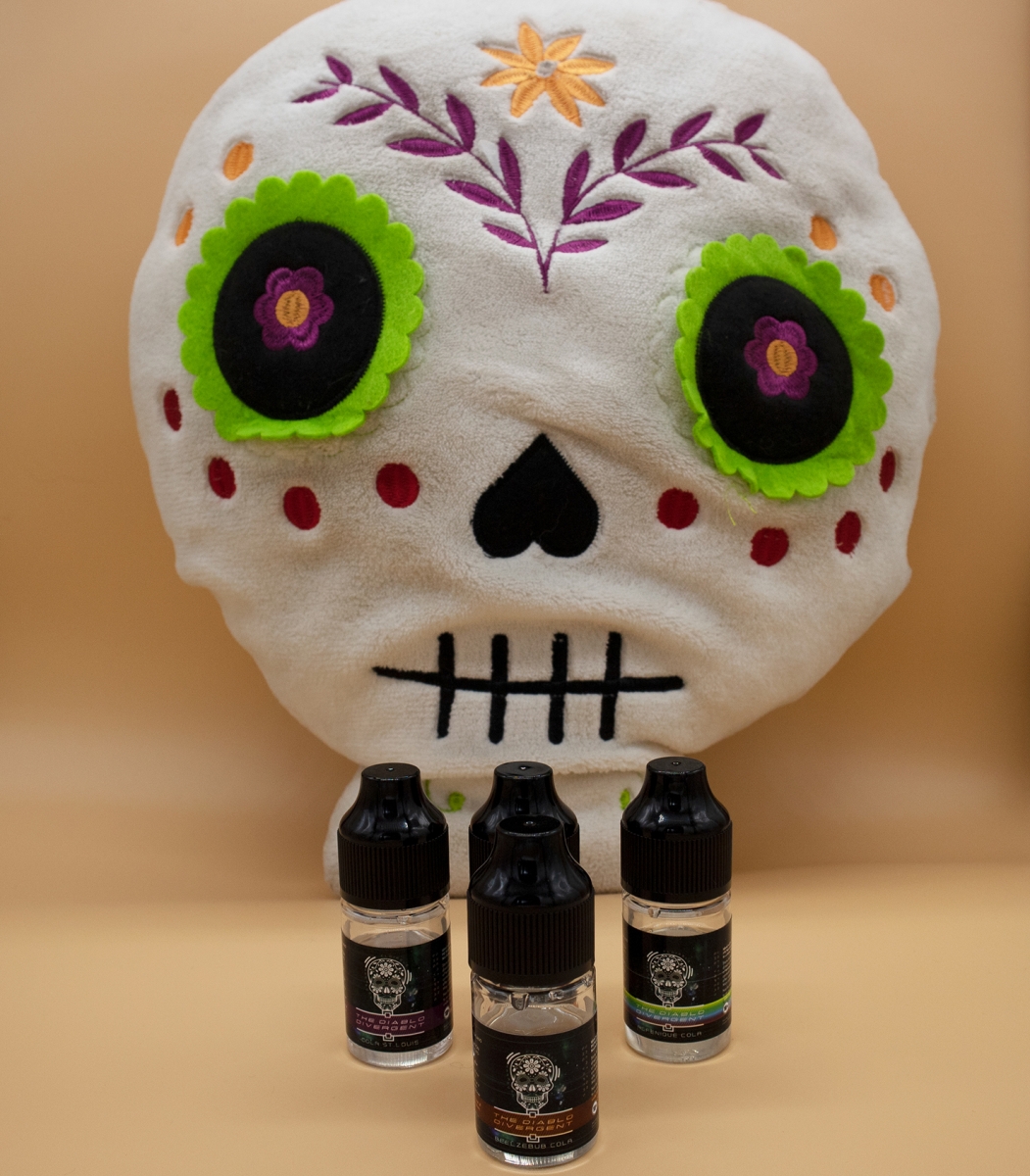 If you have followed any of my previous juice reviews, you will know that I love my tropical juices, so Alfenique Cola was the one I was most looking forward to trying. You will also know that not all mangoes are created equally. This one is more on the fresh, green type rather than the super sweet over ripe style which works really well with the already sweet enough cola. The other tropical elements add texture and intrigue although I would struggle to pick out individual fruits. It is more of an overarching tropical vibe, and it works really well. 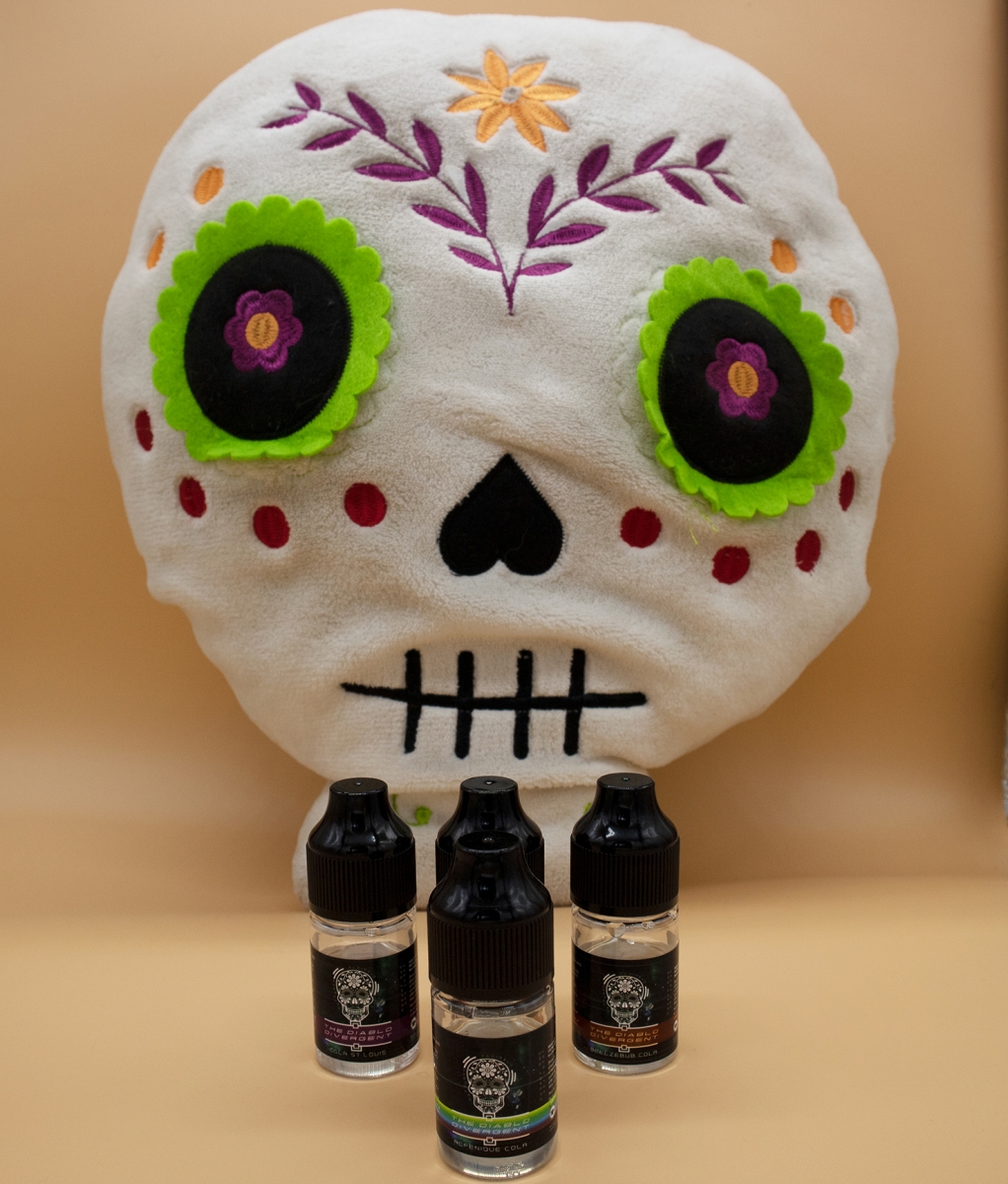 If you love real cola, you owe it to yourself to give the Diablo Divergent range a try. The cola flavour is pure perfection, and the El Diablo flavours add some really interesting twists to the classic. Being 60VG/40PG e-liquids, they should work in a wide variety of devices, but in my opinion, they really shine to the fullest with a nice single coil in an RTA. There is something to say for keeping things simple.

You can pick the Diablo Convergent range up for £6.00 for 30ml ready for 6ml, or £10 for 50ml to make up to 3mg. You will need to buy separate nic shots which can be picked up at the same time. To sweeten the deal even more, Manabush are currently supporting Stoptober and are offering a very generous 20% off almost everything on their site for October so you have no excuse for not stocking up! 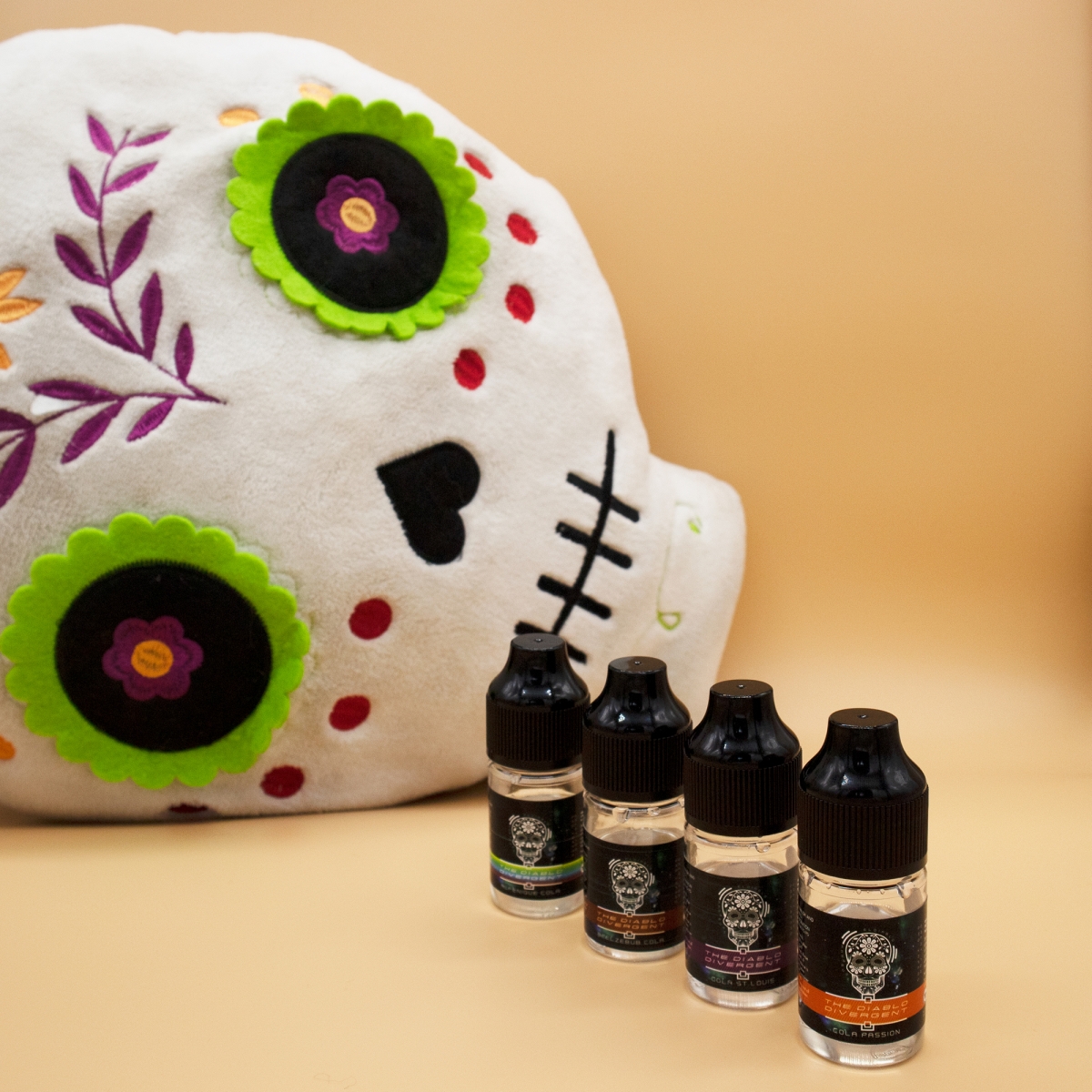