Isle of Custard from Rejuiced Review by Dan Willis 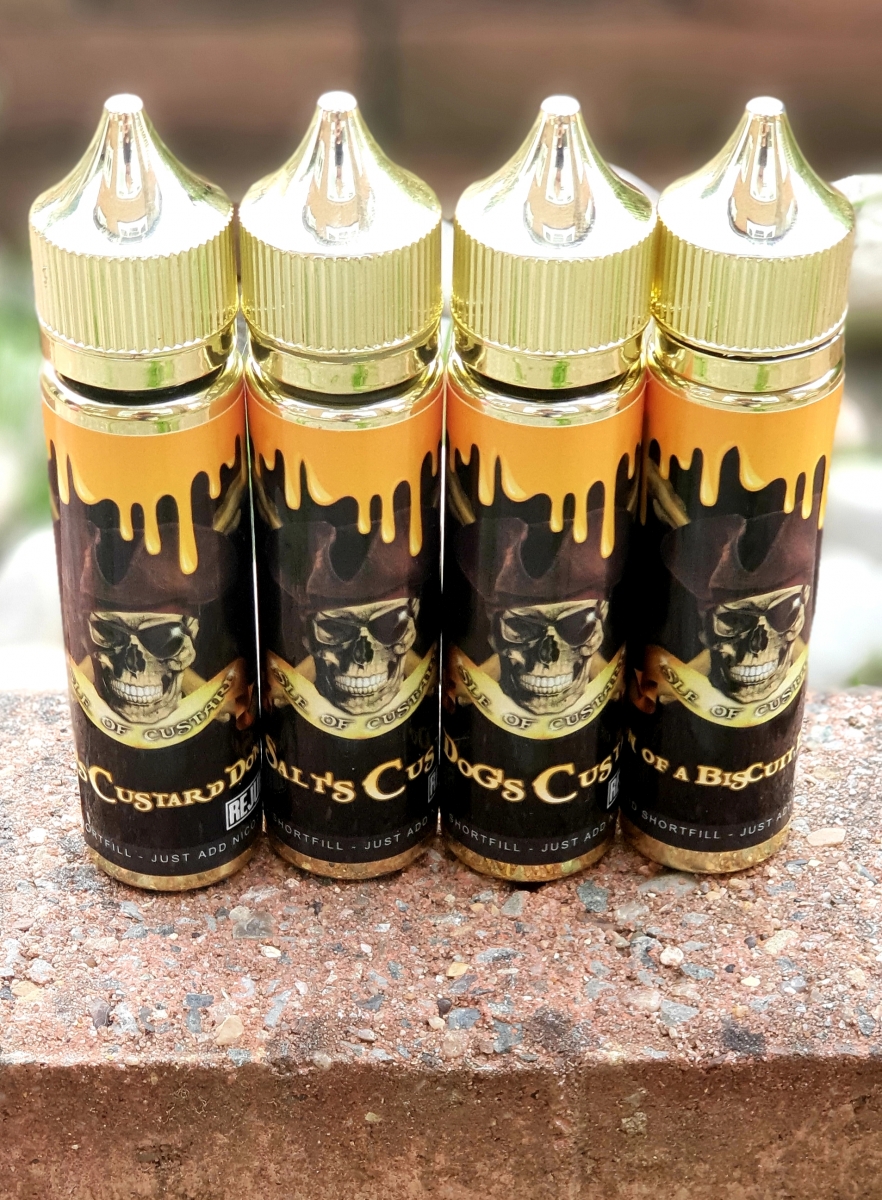 Isle of Custard from Rejuiced

Ahoy me maties, avast ye- Isle of Custard be back, thanks to the good ship Rejuiced! Four of the original much loved range are now available, at the excellent price of £9.99 for a 50ml zero nicotine shortfill bottle, with a free nicotine shot included to give you 60ml of 3mg E-Liquid, and for a limited time all Isle of Custard liquids will come in a special, limited edition gold bottle!

Mawsley has recently written an excellent article which tells the tale of the Isle of Custard relaunch, if you fancy a good read then click here. See if you can spot the film references!

Based out of Essex, Rejuiced are now manufacturing and producing the Isle of Custard range to the exact recipes Isle of Custard was previously manufactured to. Rejuiced have been steadily growing into one of the largest E-Liquid manufacturers in the UK, and all of their liquids are manufactured in an ISO Class 7 laboratory to the highest possible standards.

Captain's Custard Donut, Son of a Biscuit Eater, Old Salt's Custard and Sea Dog's Custard are the first four flavours to be relaunched, with the Rejuiced team working hard to bring the rest of the range back too. Isle of Custard is mixed to a 70/30 VG/PG ratio, here's what I thought of the relaunched range... 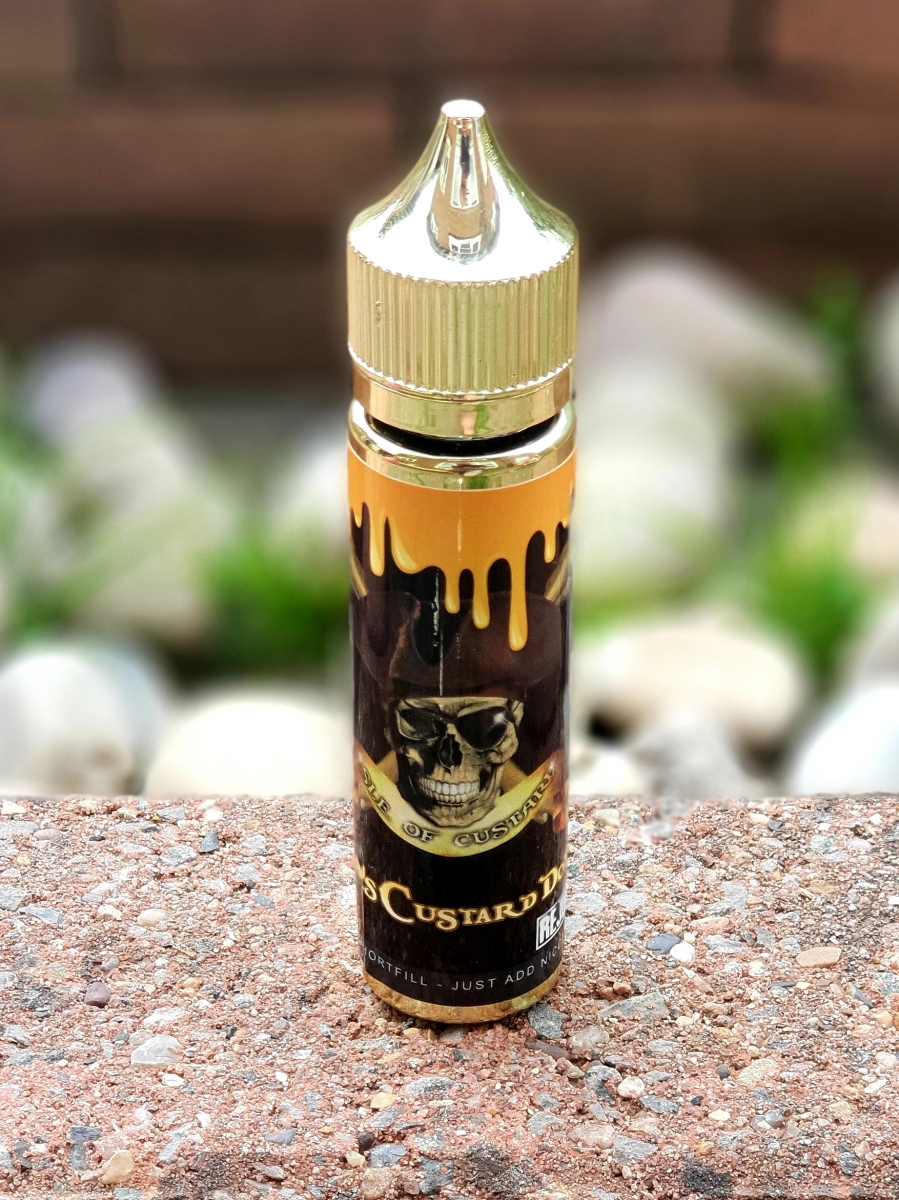 Son of a Biscuit Eater 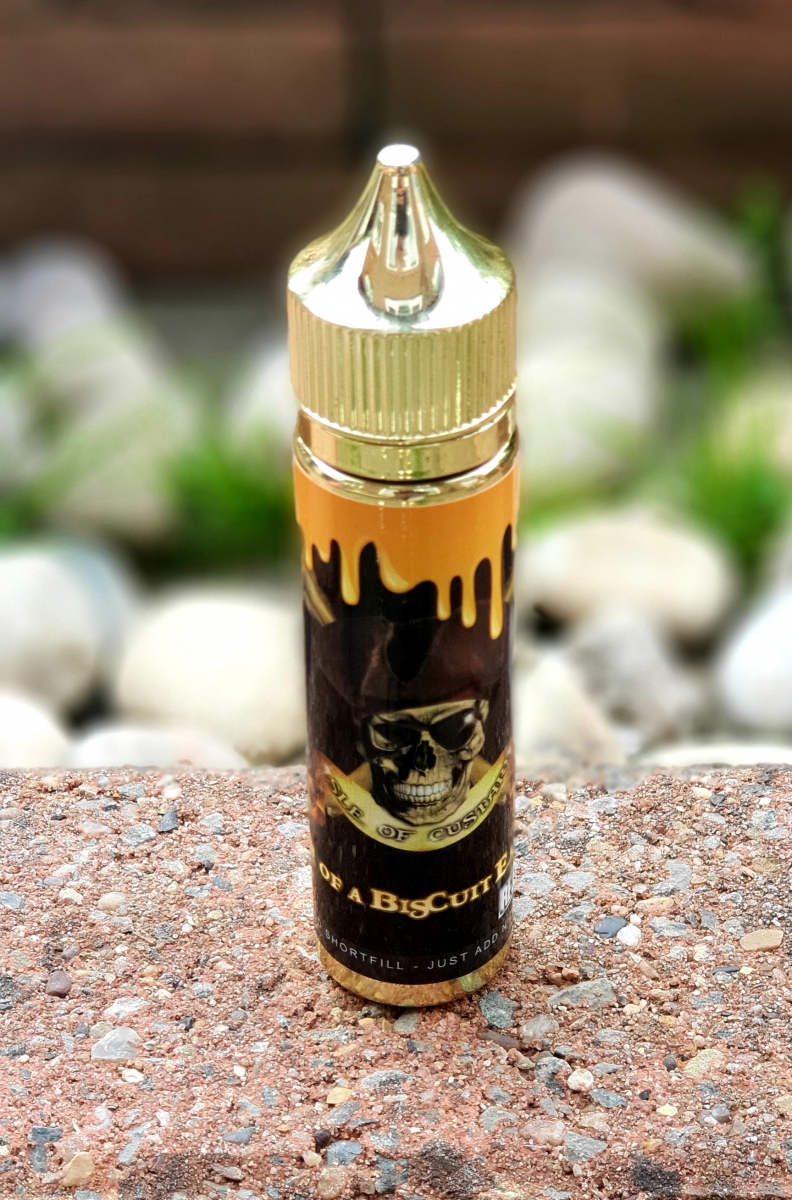 Rich vanilla custard with a crunch of rich biscuit...

Son of a Biscuit Eater has been a long term favourite of mine, ever since I first tried it a good three years ago now! It really sets the standard of how a custard cream E-Liquid should taste like, with a delicious vanilla custard sandwiched in-between plenty of biscuit. It's truly marvellous, and one of the liquids that Isle of Custard are most renowned for producing! 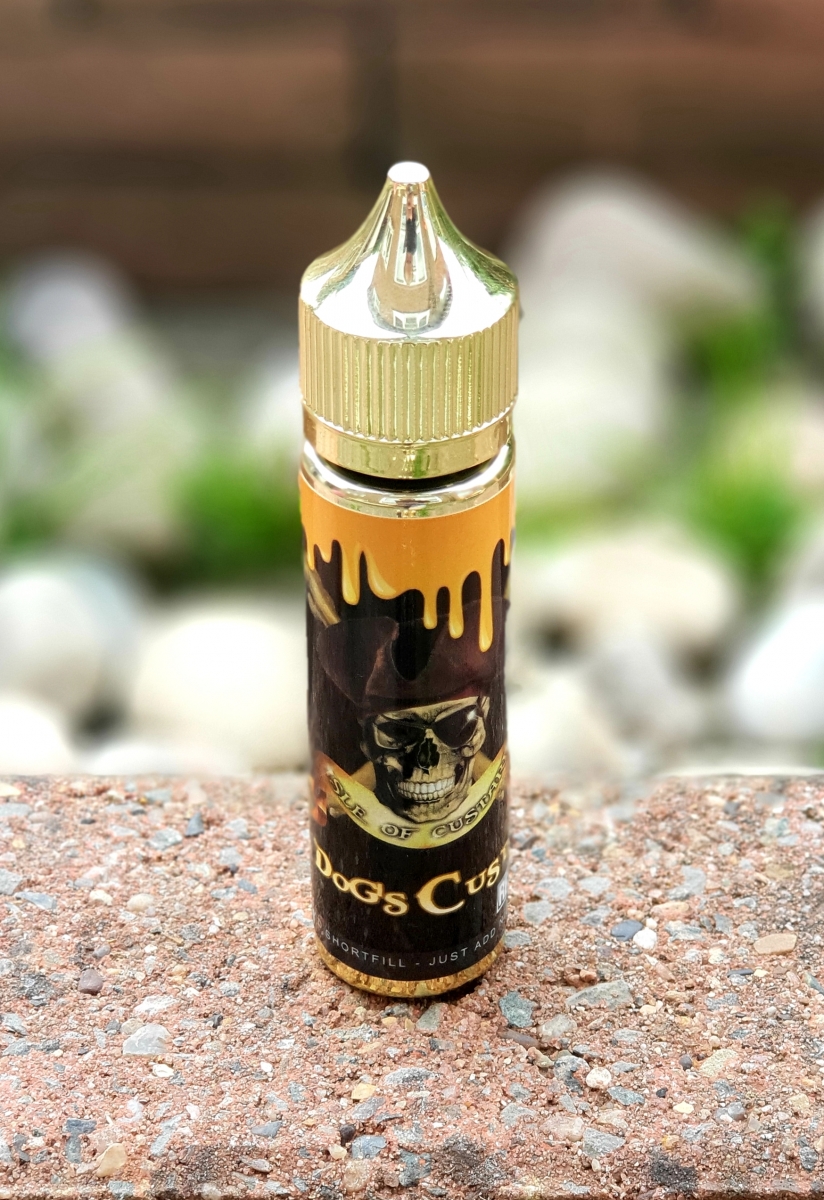 Creamy Vanilla Custard with a touch of sponge pudding

Isle of Custard's trademark vanilla custard base is the first note I pick up on, followed up on the exhale with a light note of sponge pudding. The sponge pudding and custard blend in seamlessly, making this easy going enough to be an all day vape! 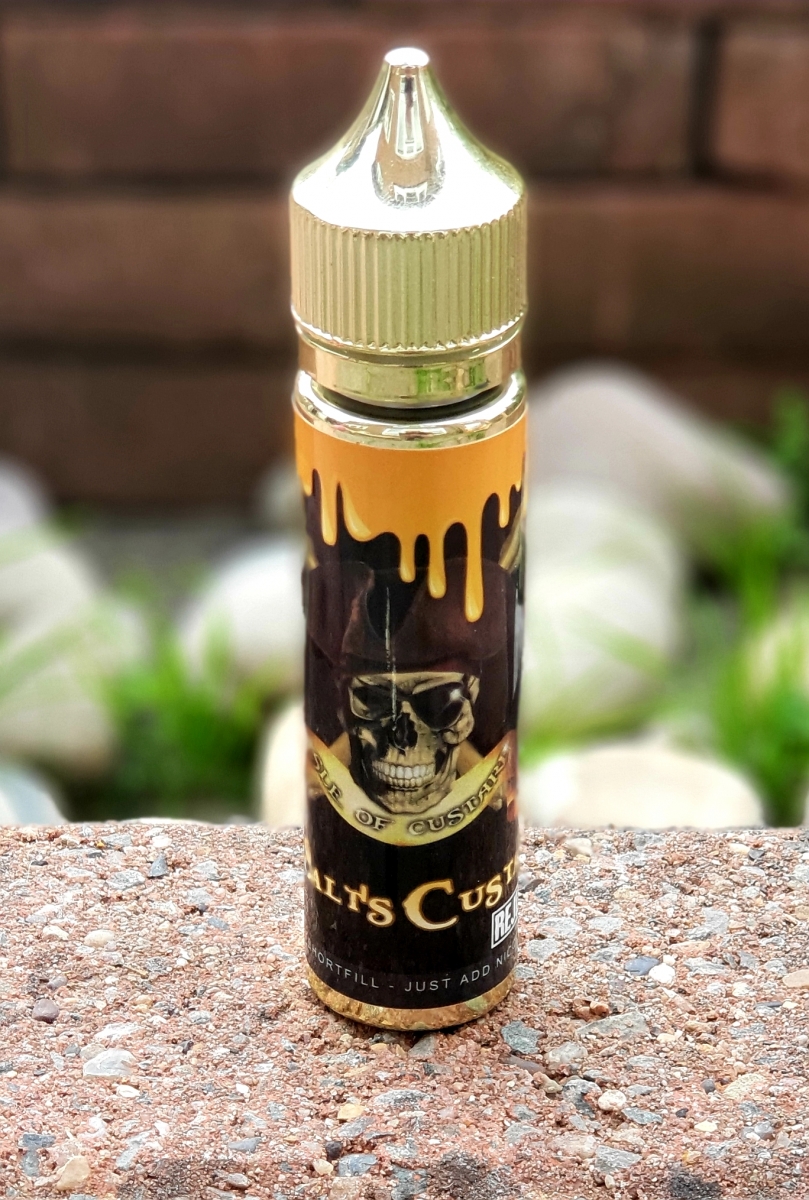 Creamy vanilla custard with a dash of toffee sauce...

Old Salt's Custard pushes Son of a Biscuit Eater very close when it comes to my favourite Isle of Custard juice, in fact over the past three years I've always re-ordered the two of them together! I get a deliciously thick vanilla custard, rounded off perfectly with thick toffee (I'm not sure about a dash!), which makes for an E-Liquid I just can't put down. Incredible stuff!

Fear not- Rejuiced have faithfully restored these four classics from the original Isle of Custard range, and they all taste exactly how I remembered them to taste like!

Isle of Custard E-Liquids have always delivered their best flavour experiences after a steep, these definitely do get better with age. I find that leaving them for at least a week after adding the nic shot really brings out the best in them, and they only get better from there!

Custard based E-Liquids have always been up there in my favourites list, but since I first tried Isle of Custard E-Liquids a while back I haven't tried many that stand up to them in terms of quality. That still holds true today, and if you like your custard liquids you owe it to yourself to try these. I guarantee you'll be going back for more!

Many thanks to Andrew at Rejuiced for sending the Isle of Custard range in for review. It's available now, with a limited stock of shiny gold bottles at the excellent price of £9.99 for a 50ml shortfill bottle (and free nicotine shot!) and can be purchased from the Isle of Custard website. Fancy winning yourself some Isle of Custard plunder? Click here as Rejuiced have kindly provided us with two sample packs to giveaway!