Ah the legendary Fugu, a Japanese delicacy so dangerous that it nearly killed off Homer Simpson after he ate an incorrectly prepared dish. It takes a master many years to learn to safely prepare this delicacy made from the meat of the pufferfish which Time magazine rate as the second most dangerous food in the world, beaten only by the deadliest of deadly, the hotdog! The difference between the two is that a hotdog can cause one person to choke to death, whereas the pufferfish contains enough deadly poison, twelve hundred times the strength of cyanide, to kill thirty people. It is safe to say that Fugu is mighty potent stuff that should only be handled by true experts, which leads me nicely on to Dispergo Vaping.

Dispergo Vaping kindly sent me over the full range of Fugu shortfills to try. The range is heavily inspired by classical Japanese culture and the artwork on the bottles reflects this with delicate watercolours and bold fonts. They also have oriental style names, but I couldn’t find direct translations (yeah, I know I’m a nerd, but I like to know these things). At the moment they are only available in 100ml bottles and are 70VG/30PG. As always, I’d recommend using a shortfill bottle opener to save your nails when adding your nic shots which are included in the price so you can mix them up to 3mg. 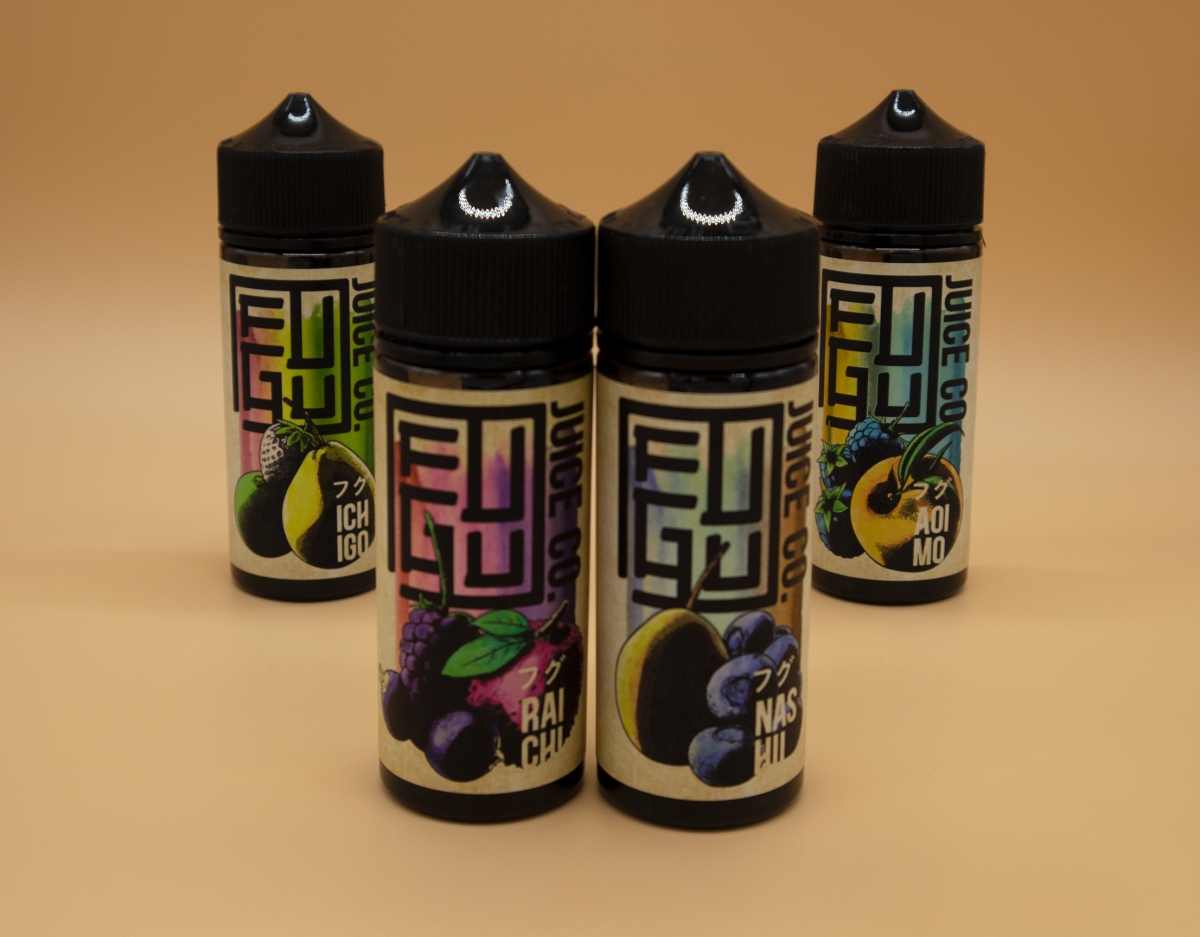 “Aoi Mo by Fugu is a beautiful blend of sweet, mouthwatering Peach combined with tangy Blue Raspberry with a hint of Japanese ice to give a fresh feeling.”

There is no escaping the peach here, it almost jumps out of the bottle from the first moment you crack open the seal. It is sweet and rich with the signature depth of flavour that Dispergo have made their unofficial trademark. It is interesting that they chose a white peach for the label art as they tend to be more flavoursome, and this is definitely the case here. That is not to say the raspberry is playing second fiddle, again the sweetness is very present but with a slightly tangy twist. I love the description of the cooling effect; I am quite fascinated by art of Japanese ice making and love it when you see those giant ice balls served with whisky in Japanese films. To be honest, this is more of a romanticised wording as in reality, this is just a lightly iced e-liquid. If you are wary of cooling in your vape, there is nothing to worry about here as this is done well so it adds to the juice without cost to the flavour, and this applies to the whole range. 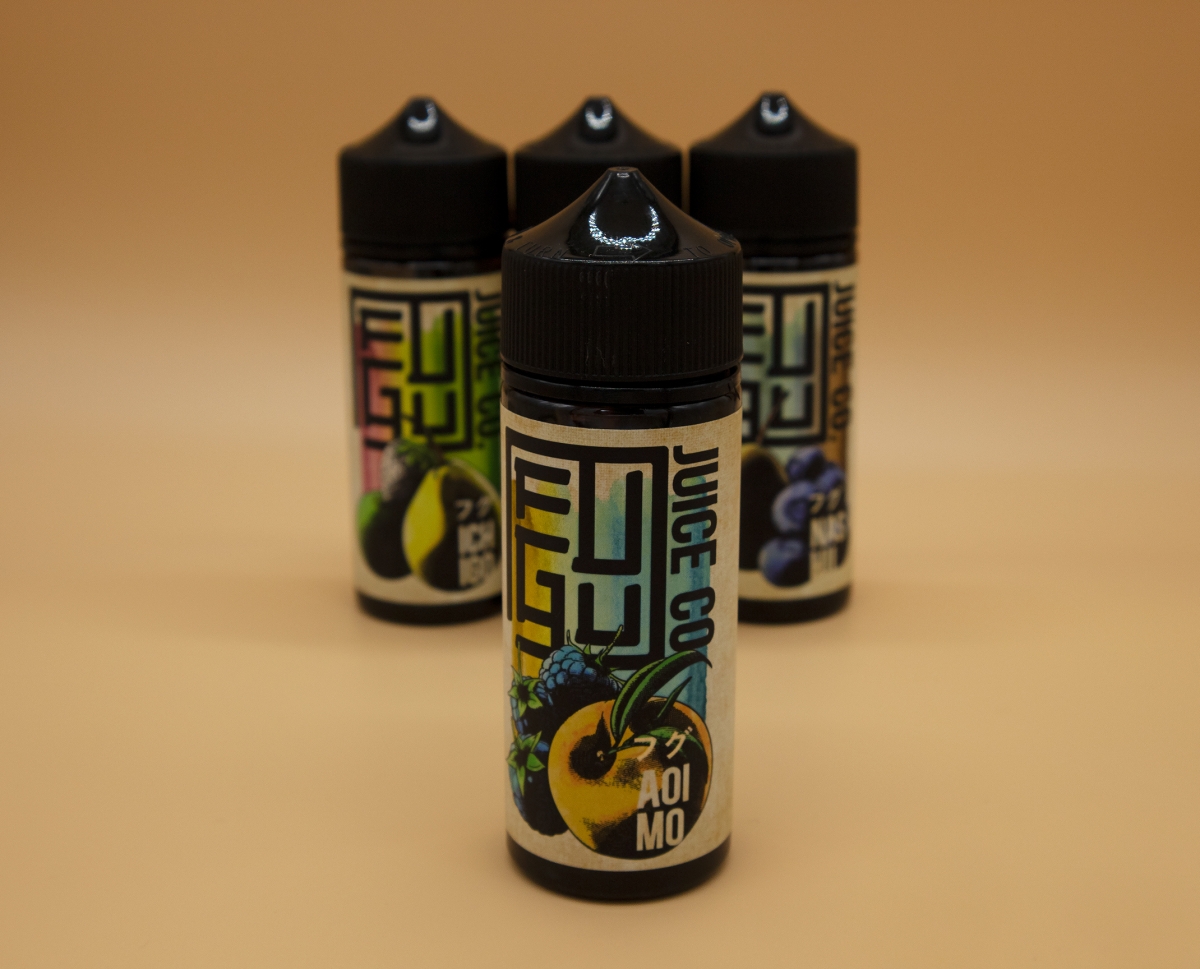 “Ich Igo by Fugu is a glorious combination of sweet Strawberries with juicy Pears with a zesty Lime twist and a slight cooling effect to give a fresh feel to this flavour.”

Finally there is a Dispergo juice that I am not quite so keen on, it’s taken a long time to find one and it still isn’t a bad juice, it just isn’t for me. Normally I love lime and strawberry, and as you will see later on, I love pear too, but somehow this particular combination is just a little too floral for me. This is purely down to my tastebuds though and I would say if you like things like Parma violets and the like, you will love this flavour. In my household, they are always the last to go in the Christmas sweet box so take that as you will. I may be confusing things slightly as this doesn’t taste of Parma violets, but it strongly reminds me of them. 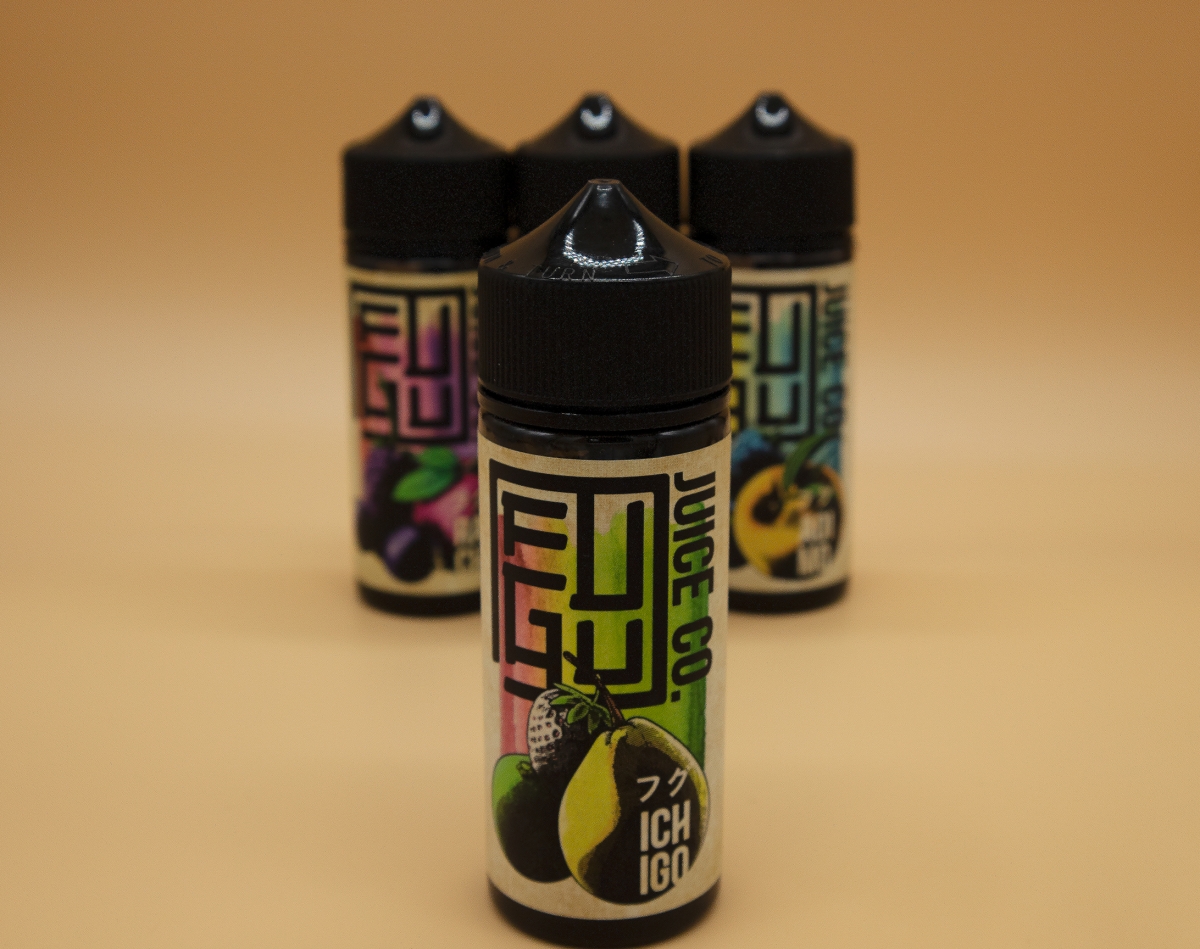 “Nas Hii by Fugu combines deep, juicy Blueberries with sweet ripe Pear with a very low level of Koolada to give a slight cooling effect to give a true fresh fruity flavour.”

As I hinted above, I do like pear, and in this case I love pear! To be honest I was expecting another floral juice as blueberry can go that way too, but it isn’t at all. What you get is sweet blueberry, bursting with juice, mixed with the most perfectly ripe pear I have ever vaped. Pears are tricky fruits, they spend ages being hard and dry, and then when you are least expecting it, they are suddenly over ripe mushy things that are pretty much inedible. They are not quite as bad as avocados, but they are not far off. But here the flavour is captured from that perfect sweet spot when the nirvana of ripeness is reached. I just wish the actual fruit was as consistent as this flavour. It soon became my favourite from the range. 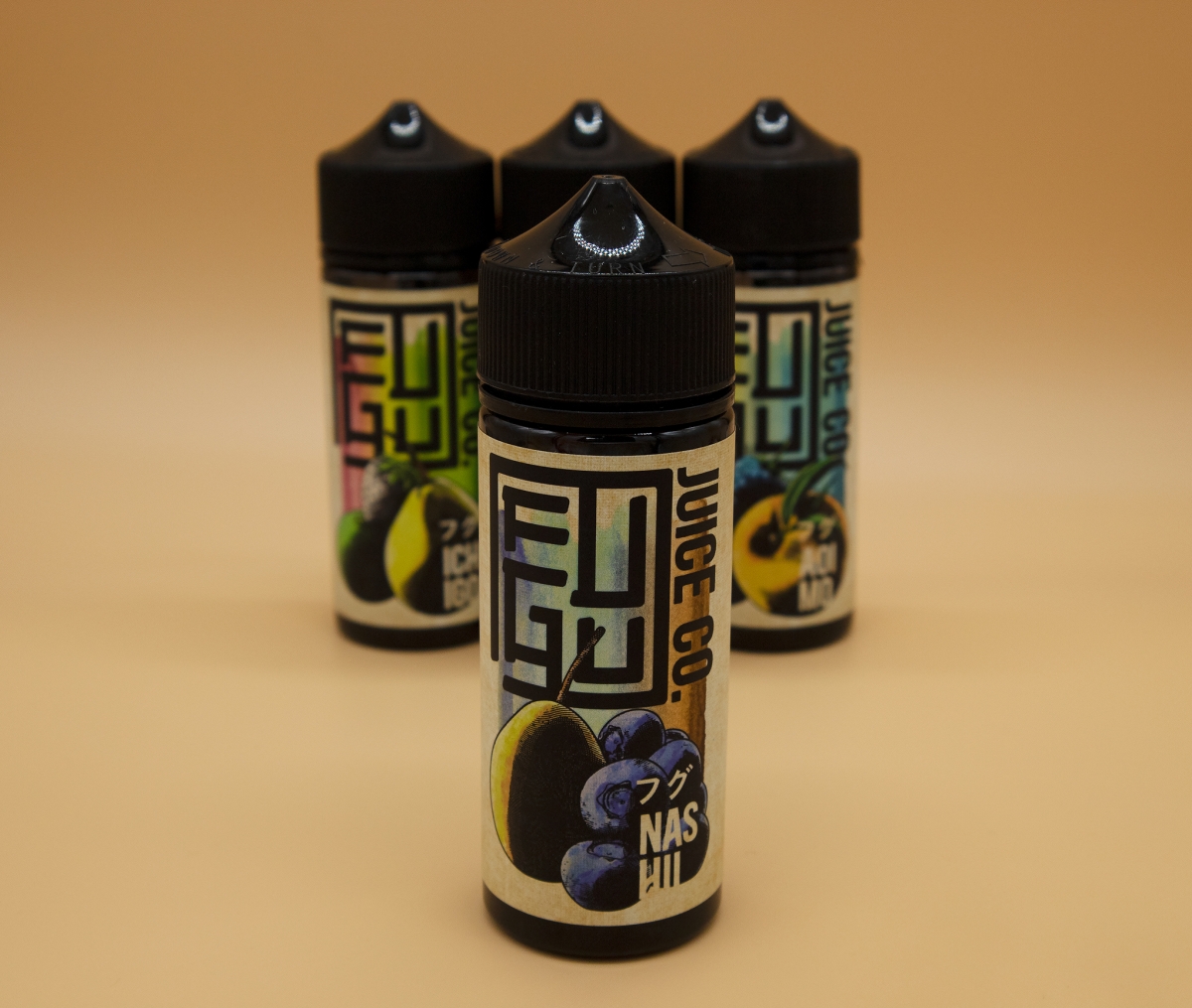 “Rai Chi by Fugu is an incredible flavour which brings deep, Dark Fruits including, black Cherry, Blackcurrant, Blackberries and more with sweet and light Lychee and a light cooling effect to give a fresh fruit blend.”

Deep and dark is a good starting place here, this is a very rich and powerful combination of fruits. The cooling effect does slightly diminish the individual flavours, although blackcurrant is bold enough to be easily identified. Whilst I normally enjoy picking out the component flavours with Dispergo e-liquids, I didn’t actually miss the taste adventure here as everything is blended beautifully and the overall flavour is a just a pleasure to vape. Sometimes it is nice to just fill up a tank and let the whole flavour wash over you, and that is just what happens here. It is a complex flavour which somehow manages to taste simple yet delicious. 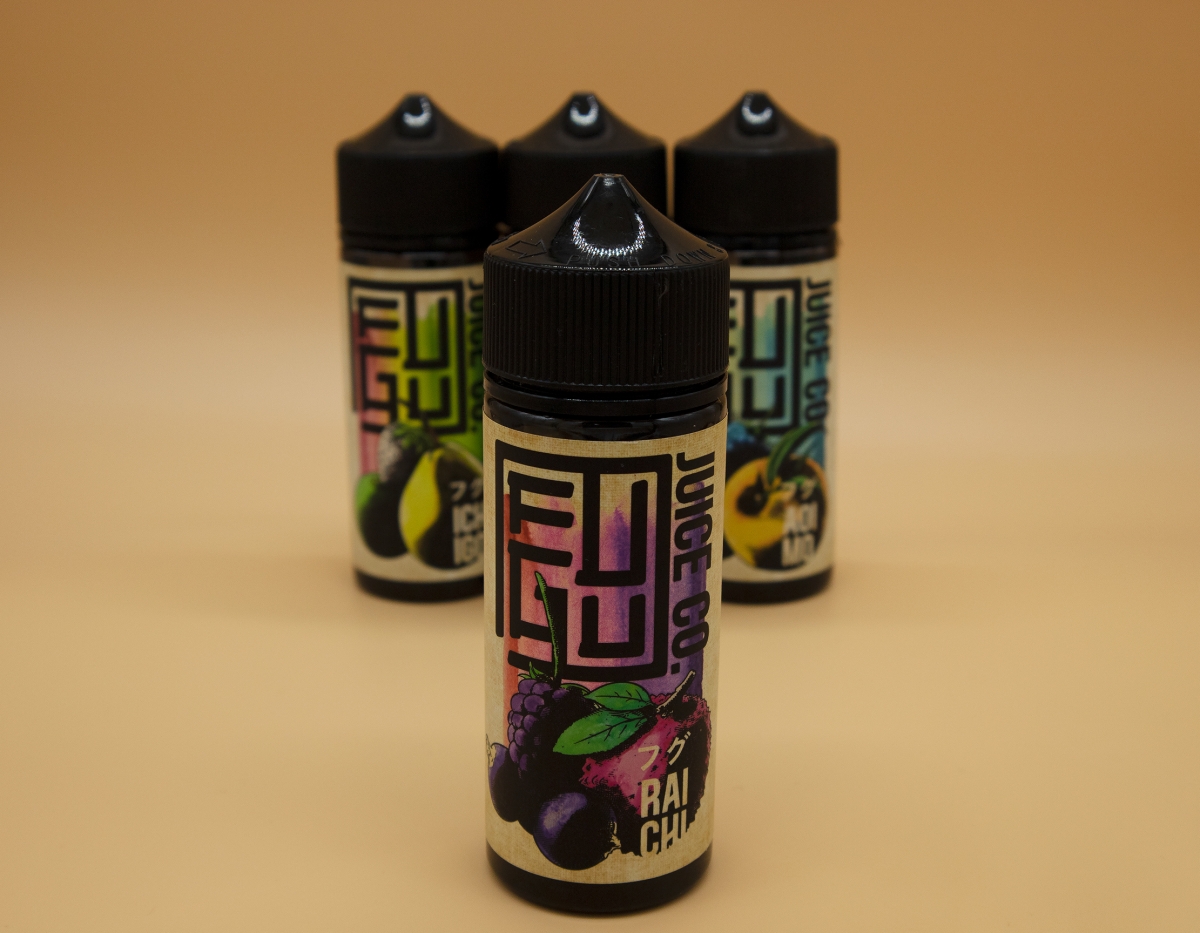 Time after time, Dispergo Vaping turn out absolute bangers, and the Fugu range follows this tradition well. By keeping the range quite small, they have been able to focus on the details making every juice worthy of being in the range. As I said above, although these all contain a cooling element, it is subtle and works as an enhancement, it actually adds to the flavour instead of taking your breath away. I don’t really like cooling e-liquids as so often the balance is wrong, but here they really add to the experience making Fugu a must try range from people who like fruit flavours with a twist.

If you fancy giving the Fugu range a try, you can buy them direct from Dispergo Vaping for £14.99 a bottle or two for £24.99 including nic shots. As always if for some reason you find these are not your thing, you can exchange them for something else at no extra charge thanks to the Dispergo Satisfaction Guarantee.

Many thanks to Dispergo Vaping for sending these in for review. 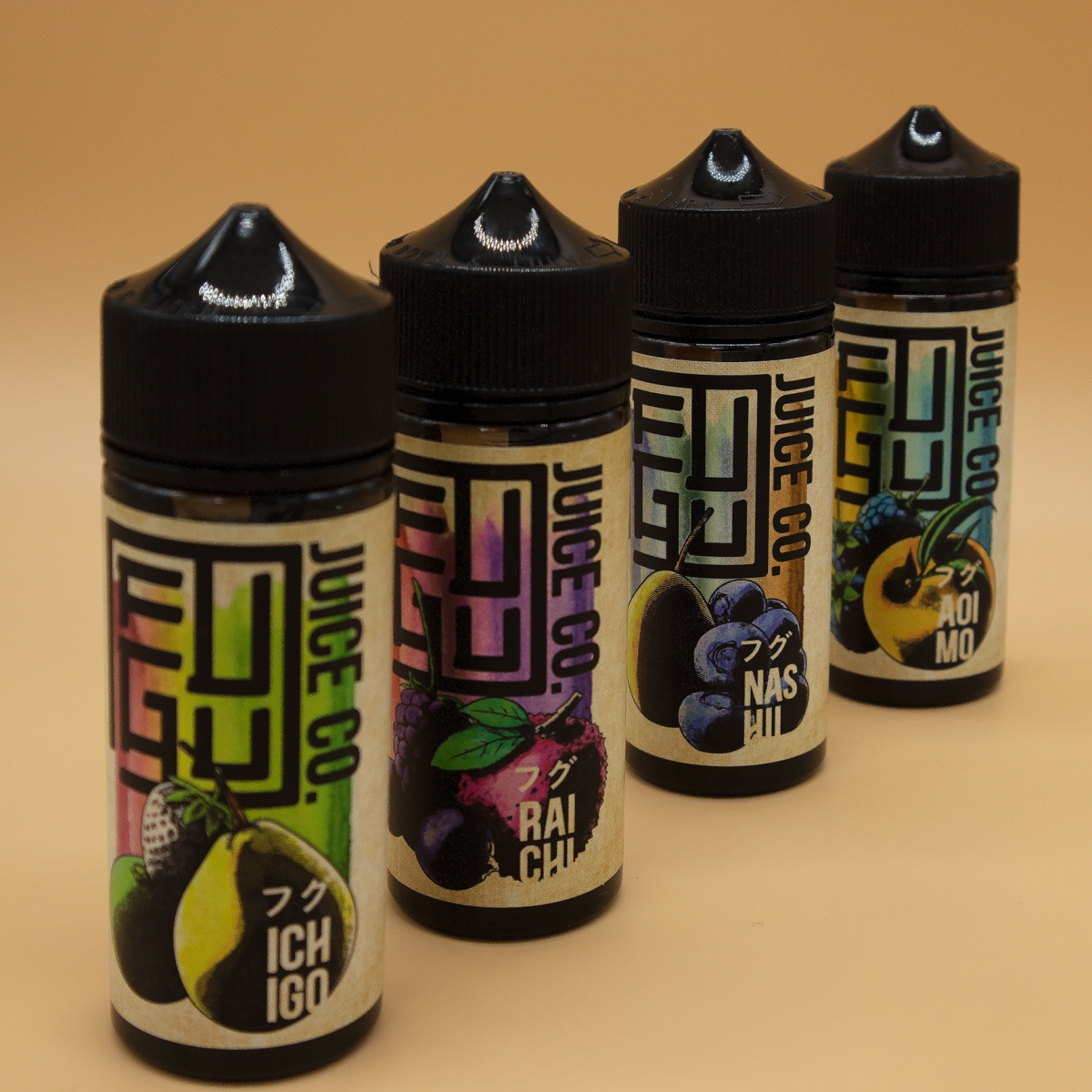