I’m back again with another range from Dispergo for review, this time they have brought out their Cafe Vapour range, which are inspired by treats you can get from your local coffee house, perfectly paired with your favourite barista made cuppa. I have to say, none of the local coffee shops near me have rhubarb crumble on their menus which is a crying shame as you can’t beat a nice crumble. Instead, they all seem to favour fancy nibbly type snacks which taste great but always leave me feeling ripped off for spending £3.50 on a measly mouthful of cake….just give me a proper slice! But before I get too carried away moaning about the blatant price gouging from certain high street coffee chains, I think I’d better get on with this review!

As is the standard for shortfills, these are 50ml with space for your 10ml nic shot, and are 70/30 VG/PG. They also seem to be the cheapest line that Dispergo do, one bottle will set you back £9.99 or you can get two bottles for £15.99 which is an absolute bargain for high end, gourmet quality juice.

I love rhubarb crumble and it is a flavour profile that I always gravitate to when I see it listed. So over the years, I have tried a lot of rhubarb eliquids. Thankfully, it is a very forgiving flavour and I have yet to have a bad one. But that then leaves the question, what can this one give me that hasn’t been done before? For me, it is the crumble base. Dispergo have nailed it with a sweet, almost biscuity, buttery base which blends seamlessly with the custard. If I was being picky, I would say that the custard was a little too subtle and could have been upped a little but, on the other hand, it allows space for the actual crumble to shine, which it most certainly does. If you like a traditional rhubarb crumble, this is definitely one to check out as it is like a whole bowl of pudding in a juice! 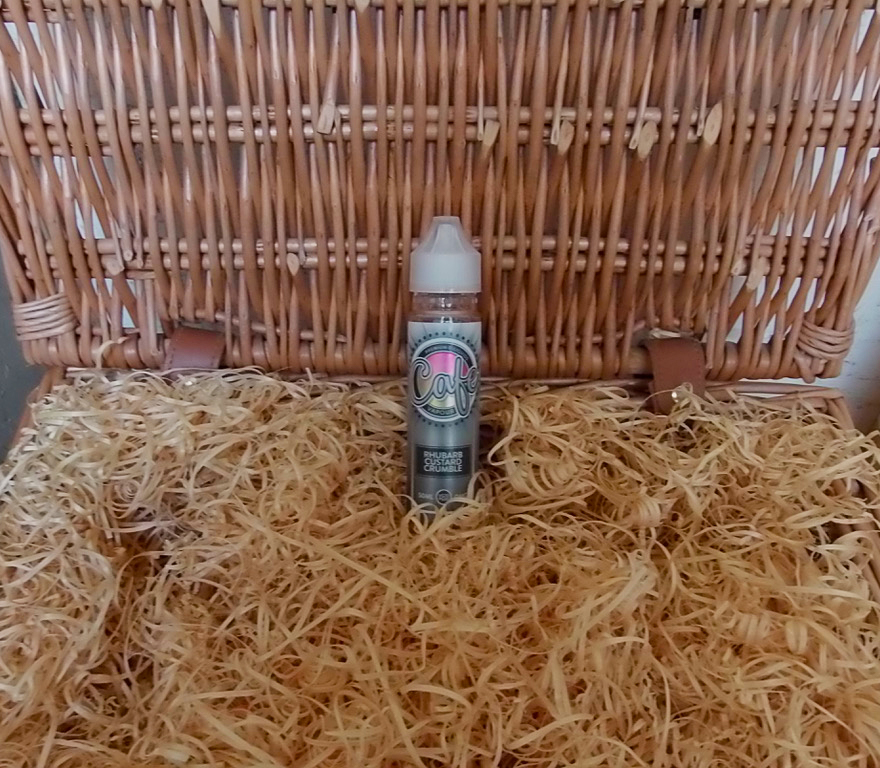 “Classic custard cream with a zing of lemon”

Custard creams always sound like a good idea, and yet they are always one of the last biscuits left in the barrel in my house. But maybe if they had a twist of lemon, we might eat them faster! This is a combination which just works really well. Dispergo really are very good at biscuits, they are light but sweet and are the closest I’ve found to an authentic biscuit flavour. I know these are the Cafe range, but this is one that goes so well with a cup of tea. The lemon is sweet and mellow, just as you would expect from the cream filling, and it really gives the whole thing a nice lift. I wouldn’t class it as a “zing”, it doesn’t cut through and is certainly not a sharp fresh lemon, but it is a really great balance for this particular recipe. 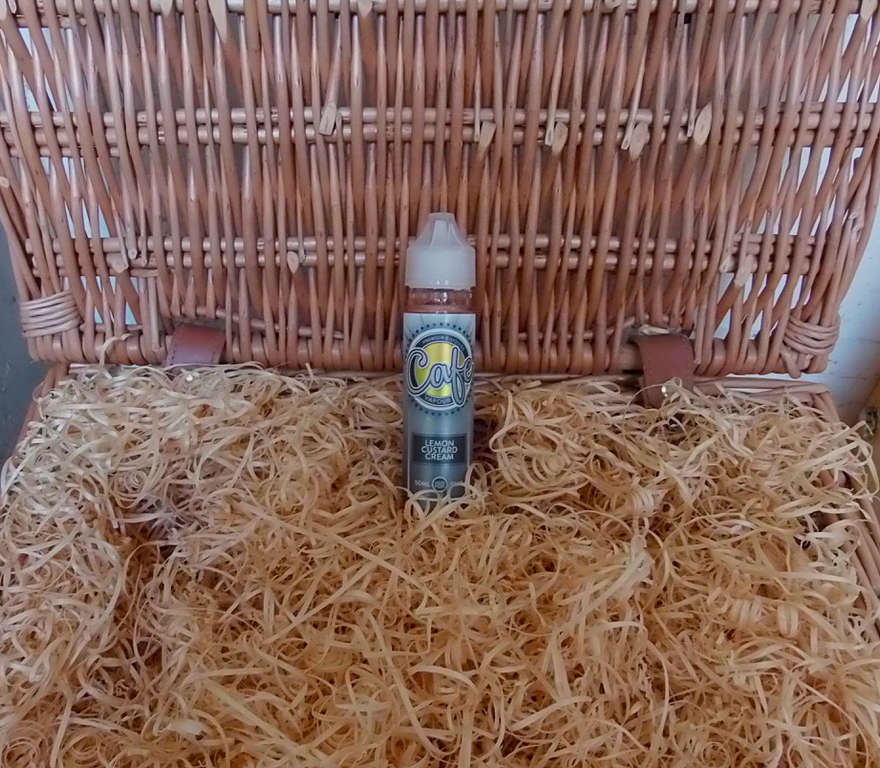 Before I get on to the flavour, I have to mention the smell. It is amazing! I must have spent a good ten minutes just sniffing the bottle and dribbling in a slightly worrying homage to Homer Simpson….hhhhmmmmmmmmm Irish whisky…..nom nom nom! It smelled so good that I almost didn’t want to put it in my tank. But I had to review it so eventually let go and filled up. I wasn’t disappointed, it tastes just as good as it smells. Once again, the Dispergo magic was evident in the blend, rich and decadent with a deep complexity. It is a wonderful mix of the creamiest, hand churned ice cream and a very grown up Irish whisky, both in perfect balance. There is a slight cooling effect, which is normally a huge turn off for me personally, but it is very mild and acts just as a slight freshener rather than a blow your face off chill factor and actually is surprisingly nice. I don’t think I will ever be a full cooling convert but this shows that it can be a nice enhancement if used wisely. But there is a negative with this juice, it is a coil gunker. I was surprised as I have found most Dispergo juices are very kind to my coils, but this starts to burn after a tank. 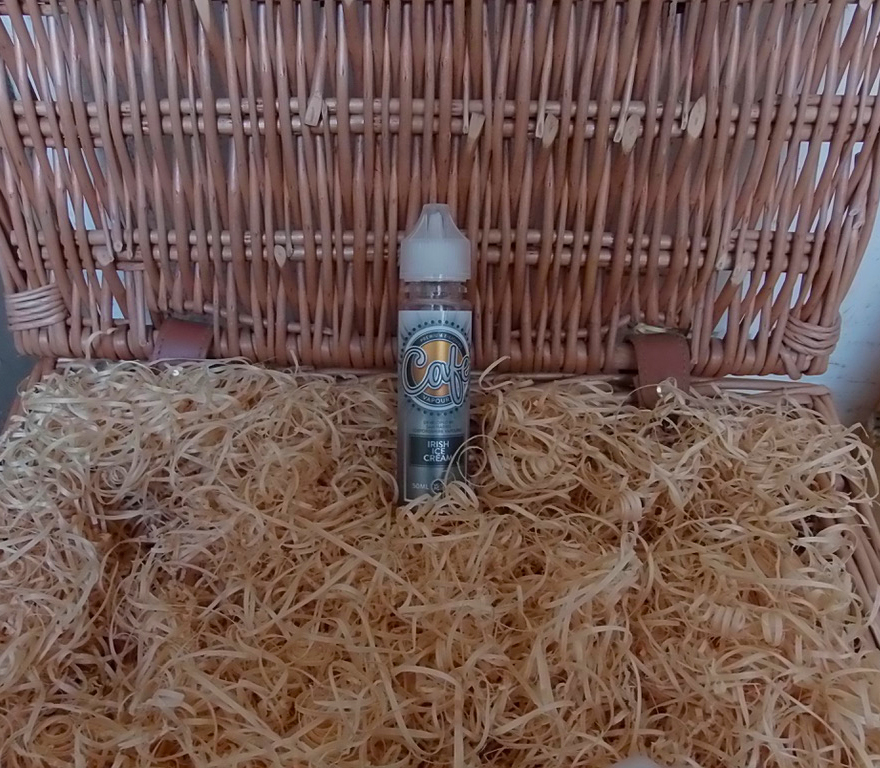 This was the one I was least excited to try, I find apple tends to be a bit bland and my tastebuds get used to it very quickly. So I saved this till last and was really surprised as it turned out to be my favourite. The apple is fresh, crisp and juicy, but the magic is in the slight hint of mixed spices. There is a lovely cinnamon, just the perfect amount to really enhance the apple. The closest I can describe it would be the inside of a famous fast food pie filling but without scalding your mouth and with proper chunks of apple, and instead of being surrounded by a deep fried crust, it has a very realistic home cooked, butter rich pie crust. It is then topped off with a creamy, homemade custard. Personally, it is the best apple pie liquid I have had to date and goes to show that you should never write something off on past experiences! 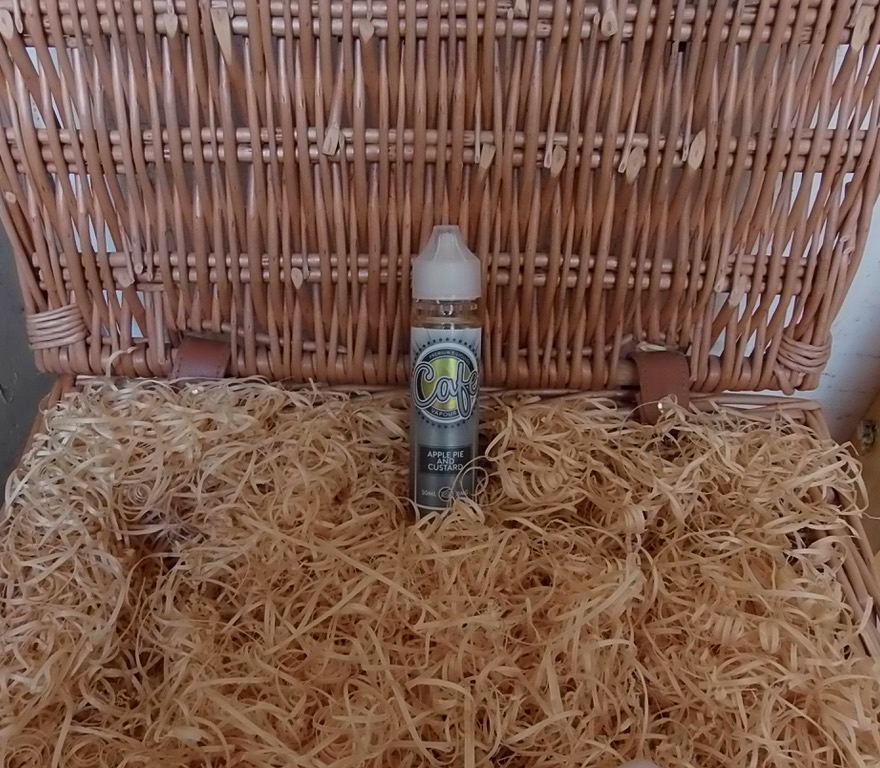 I really wish Dispergo would make a liver and bacon juice or something equally gross as I know I am coming across as some kind of weird fangirl here, but they literally don’t seem capable of making a juice that I don’t enjoy. They are always really expertly mixed and for lovers of deep blends and perfect flavour combinations, they are a dream. Seriously guys, please make something Meh, just to prove that you are human because I can’t believe that it is possible to be this consistently good and still be knocking out new ranges at the pace that you seem to be able to be maintaining!

Many thanks to Dispergo for sending these in for review. 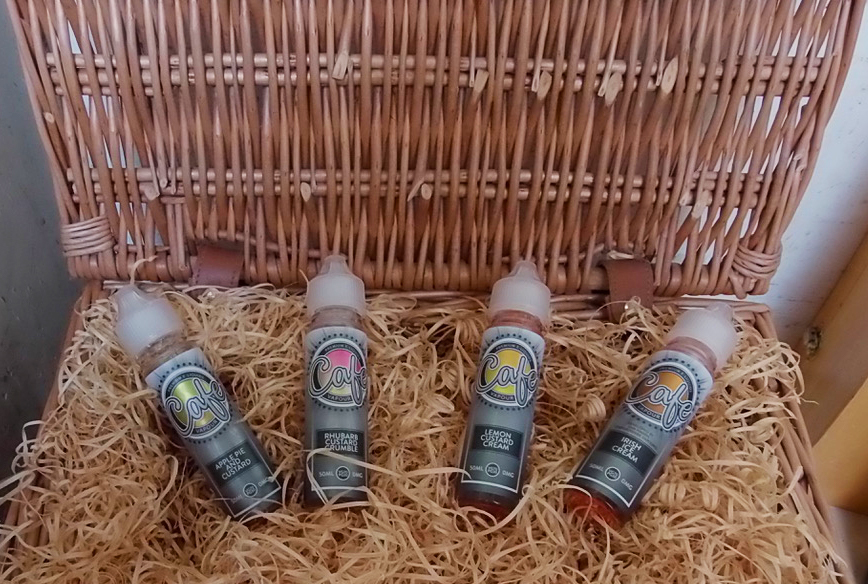