The history of vaping

In 1960, Herbert Gilbert took out a patent for an electronic cigarette but it took until 2003 for Hon Lik to create the first electronic cigarette. This and the other devices that resemble actual cigarettes are referred to as cigalikes or 1st generation devices. Cigalikes tend to be how smokers first encounter vaping and are the least rewarding option.

2nd generation devices are built around a small battery and tend to use a small refillable tank with replaceable heating coils/wicks. These devices have quickly become the stock in trade starter kit and advances in technology have been such that some choose to stay with them, they are very enjoyable to vape.

A man known only as Raidy then created the Genisis atomiser, using the 18000 series of batteries, so that he could develop a larger tank capacity.  This was the first example of a 3rd Generation device.

As the number of UK vapers has grown to over 2,000,000 we have seen a global market expand to an estimate value of $2.5-billion. Millions of jobs have been created for merchants, skilled designers and engineers through to those in China who copy people’s designs and sell cheap clones of original products.

This emergent market has created problems for politicians, employers, pharmaceutical and tobacco companies who are still trying to come to terms with it and develop policies and strategies. Consequently, you will see lots of coverage in the news as people attempt to work out the benefits and how to deal with it. 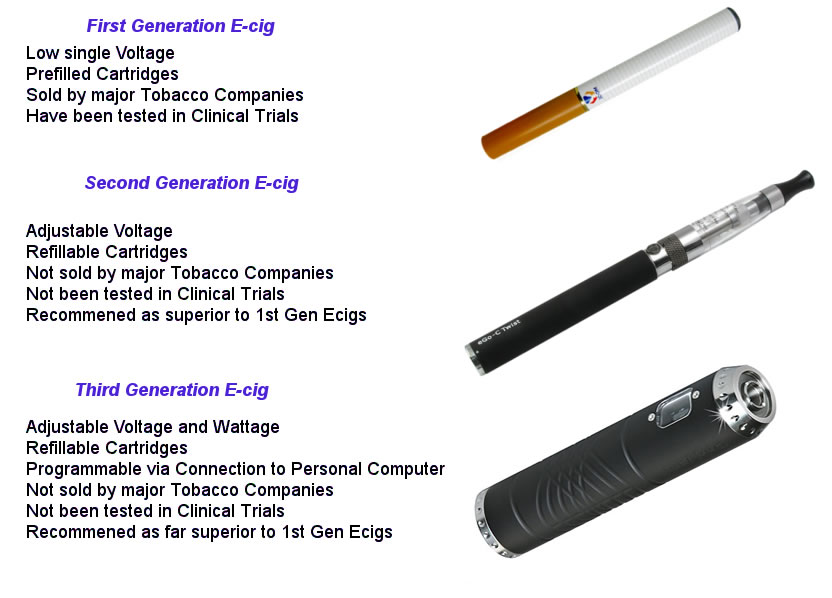 The benefits of vaping

Electronic cigarettes work by vaporising a nicotine-containing liquid into a gas, there is no burning process. When a traditional cigarette burns over 4,000 poisons are released in the smoke with over 50 of them known to cause cancer.

The vapour produced by electronic cigarettes has been described by Dr Konstantinos Farsalinos as “orders of magnitude safer than smoking”.

ASH UK carry out annual surveys, these (and those by Professor Robert West) have demonstrated that quit-smoking attempts using traditional nicotine replacement therapies (NRT) offers little chance of success compared to going without or using electronic cigarettes. These findings have been recognised by a growing number of ‘Quit’ programs and by NHS Scotland.

The main rewarding aspect you notice soon after switching is that you are starting to breath easier and your sense of taste & smell returning means you will enjoy all of the e-liquid flavours even more!

Yes, electronic cigarettes are better for you than smoking but the safest way of smoking is not to use nicotine at all and do neither. There is no “safe” way of using nicotine and no responsible vendor will tell you there is.

Electronic cigarettes may not be 100% safe but they are hundreds to thousands of times safer than smoking. ASH UK, Doctor Farsalinos and Professor West have highlighted this position through peer-reviewed research. Professor West, of University College London, recently told the BBC that e-cigarettes are "orders of magnitude safer" than traditional cigarettes.

There are four parts to an e-liquid and all reputable UK manufacturers ensure that they only use the highest food and pharma grade constituents.

All electronic cigarettes follow a similar principle, at heart they are just torches except in place of the bulb there is an arrangement to vaporise the e-liquid.

1. On some e-cigarettes, inhalation activates the battery-powered atomiser. Other types use a manual on/off switch.

2. The heating coil(s) inside the atomiser heats the e-liquid containing nicotine.

3. The e-liquid becomes vapour and is inhaled. The vape produced is largely water vapour. 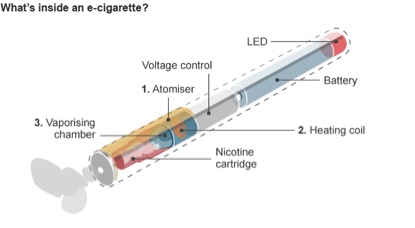 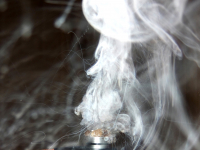 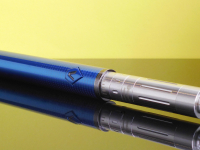 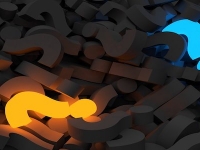