What Do Experts Say About Vaping?

With misinformation about vaping so prevalent, here is a list of comments made by public health organisations and interested parties. Electronic cigarettes have received almost universal support in the United Kingdom, but even the likes of the World Health Organization and Campaign for Tobacco Free Kids have had moments of lucidity.

Before we start, let’s just see what some anti-vaping organisations said about vaping while they were still being reasonable:

The Campaign for Tobacco Free Kids

“E-cigarettes could benefit public health if they help significantly reduce the number of people who use combustible cigarettes and die of tobacco-related disease.”

The Campaign for Tobacco Free Kids has spent the last couple of years actively campaigning for vaping to be restricted or banned across America and The World Health Organization is pushing for open systems and e-liquid flavours to be banned. Both of these organisations appear to be suffering from a bad case of cognitive dissonance given their statements.

“Vaping is positively associated with quitting smoking successfully. In 2017, over 50,000 smokers stopped smoking with a vaping product who would otherwise have carried on smoking.”

“Compared to the 2018 review, there is stronger evidence in this year’s report [2021] that nicotine vaping products are effective for smoking cessation and reduction.”

“Misperceptions of the relative harms of smoking and vaping should be addressed.”

Cancer Research UK and the Royal College of GPs

“Based on the evidence to date, vaping is a lot less harmful alternative to smoking tobacco. Evidence so far that e-cigarettes could be a gateway to smoking in the UK is not convincing. Existing evidence suggests that exhaled vapour is not harmful to others, in contrast to second-hand smoke which is. Evidence suggests that e-cigarettes are more effective for smoking cessation compared to both over-the-counter nicotine replacement therapy and quitting unaided.”

The Royal College of Physicians

The Royal College of Physicians has unequivocally supported vaping by instructing British doctors “to promote e-cigarettes as widely as possible”.

“E-cigarettes are not a gateway to smoking.”

“E-cigarettes do not result in the normalisation of smoking.”

“The possibility of some harm from long-term e-cigarette use cannot be dismissed due to inhalation of ingredients other than nicotine, but is likely to be very small, and substantially smaller than that arising from tobacco smoking. Although it is not possible to estimate the long-term health risks associated with e-cigarettes precisely, the available data suggest that they are unlikely to exceed 5% of those associated with smoked tobacco products, and may well be substantially lower than this figure.”

“Significant numbers of smokers are using e-cigarettes (electronic cigarettes), with many reporting that they are helpful in quitting or cutting down cigarette use.  There are clear potential benefits to their use in reducing the substantial harms associated with smoking, and a growing consensus that they are significantly less harmful than tobacco use.”

“There is growing consensus that using an e-cigarette is substantially safer than smoking tobacco. Unlike smoking, e-cigarette use does not involve combustion. While the constituents of e-cigarette vapour can vary, and some of the toxicants present in tobacco smoke have been detected in e-cigarette aerosol, they are typically present at levels which are much lower than in tobacco smoke.”

“Experts have reviewed all the research done on e-cigarettes over the past few years, and found no significant risks for people using e-cigarettes...Swapping cigarettes for an e-cig can improve your symptoms of lung conditions like asthma and COPD.”

“Research suggests that e-cigarettes may be less harmful to the heart and circulatory system than tobacco in the short-term…We know they contain significantly fewer of the harmful chemicals which can cause diseases related to smoking.”

The Royal College of General Practitioners

“The evidence so far shows that e-cigarettes have significantly reduced levels of key toxicants compared to cigarettes, with average levels of exposure falling well below the thresholds for concern.”

“In the UK e-cigarettes are tightly regulated for safety and quality. They aren't completely risk-free, but they carry a small fraction of the risk of cigarettes. E-cigarettes don't contain tobacco and don't produce carbon monoxide, two of the most harmful constituents in cigarette smoke.”

“While nicotine is the addictive substance in cigarettes, it is relatively harmless. Almost all of the harm from smoking comes from the thousands of other chemicals contained in tobacco smoke, many of which are toxic. Nicotine replacement therapy has been widely used for many years to help people to stop smoking and is a safe form of treatment.”

“There is no evidence so far that vaping causes harm to other people around you. This is in contrast to smoking, where exposure to second-hand smoke is known to be very harmful to health.”

Shirley Cramer CBE, Chief Executive of RSPH, said: “The past few years has seen a growing and welcome consensus on vaping among the UK health community, with prestigious organisations such as the Royal College of Physicians, Royal College of General Practitioners, and British Medical Association all joining in recognition of the public health potential of e-cigarettes. PHE’s new evidence review further strengthens this consensus.

“Nonetheless, with many smokers now incorrectly believing vaping is at least as dangerous as smoking, it is clear there is vital work to be done in better communicating these positive messages to the public. For anyone who has struggled to quit smoking, we strongly recommend switching to an e-cigarette as it could substantially improve your chances of success – especially if combined with professional support from your local stop smoking service.” 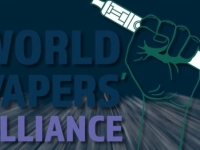 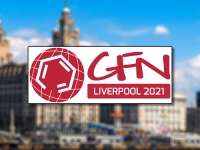 GFN – The Future For Nicotine