The Evolution of the E-cig

In the space of a decade, electronic cigarettes have gone from being anonymous to an exploding market global phenomenon. POTV presents a brief history of the story of vaping from its invention to today’s wealth of types, from a handful of vapers in a pub to the 1000s who now congregate in conference centres.

The first patent for a kind of vaping device was filed in 1927 by a man called Joseph Robinson. It received its approval but never went to a stage where prototypes were built.

Then, in the 1960’s, Herbert Gilbert filed his patent for something that was like a basic cigalike – a simple vaping device with the dimensions of a cigarette. Despite managing to move on to the prototype phase, Gilbert’s version never went into manufacture.

He had contacted several companies, tobacco and pharmaceutical, to see if they were interested in taking his invention to market but, according to the man himself, these companies saw it as a threat to their tobacco or nicotine replacement product businesses and sat on the development until the patent expired.

The vested interests thought they had their markets locked tight – then came Hon Lik.

Hon Lik was a Chinese pharmacist, a smoker, and had just watched tobacco-related disease take his father. He wanted to try something to substitute for tobacco, something similar to the experience of smoking. So, in 2003, Lik set about designing something like Gilbert’s design.

Lik didn’t like that the nicotine products on the market failed to deliver the hit he associated with smoking. His high frequency piezoelectric device felt like a cigarette, looked like a cigarette, and used a coil to heat a nicotine-containing liquid so it could be inhaled and exhaled. The clouds it produced appeared like smoke and it sparked an entire industry.

The Ruyan e-cigarette was born; a mint or tobacco cigalike with a glowing LED and little in the way of marketing began to spread to other countries, mainly by word of mouth as user promoted it (and the copycat versions springing up) to their smoking friends.

The success he has spurred him on to developing other versions, notably a cigar and a pipe. By 2010 he had included a coffee version in the line-up, but the market was beginning to take on a life of its own.

The very nature of smokers promoting it to other smokers began to form a vaping culture and this coincided with developments in the internet that allowed ease of communication. Enthusiasts with design, machining or flavour skills were coming up with ideas on how to improve on what was already there.

Firstly, the Ruyan’s poor battery size gave rise to a limit for its practical use. It also meant that the vaping experience was very restricted. The speed at which consumers were improving designs, adapting to accommodate 18650 lithium-ion cells, and producing new e-liquids outstripped that of China’s manufacturing base. The best it could do was imitate or outright steal as despite having facilities and resources, it didn’t have a vested interest in seeing products improve.

Where were these ex-smokers talking to each other? The online forum opened up an opportunity for many to share opinions and experiences. With a UK company causing problems for, as it was then, a major forum, Planet of the Vapes was created – and our forum has outlasted the others and now stands as one of the largest in the world, surviving and thriving despite the challenge presented as Facebook groups took off.

E-cigarette users began to talk about themselves in terms of being vapers, of vaping, and spurned the links to tobacco. They invented an entire language that has continued to evolve, one that incorporated terms such as dripping and cartos, discussing voltage drop, Ohm’s Law and the best way to polish metal. The nascent community blossomed.

Before long, new vapers were met with a bewildering range of stock from online stores in China or, for the dedicated enthusiast, UK websites that would be out of stock of everything except for a frantic hour now and then where people hit F5 to try to obtain the latest small batch run must-have item from someone’s shed or machine shop.

By and large, the days were exciting as each product launch offered useable improvements over previous products as opposed to the cosmetic changes we see today. By 2013, around 1.5 million people in the UK had used vaping to transition away from smoking and yet the research, public health, tobacco control and political communities knew almost nothing about it.

Come 2015, the numbers continued to bloom. The Office of National Statistics was reporting 2.3 million vapers, as well as 4 million who had used vaping to quit using nicotine entirely. The businesses set up by vapers were now firmly in the spotlights of the tobacco industry.

While Big Tobacco bought up or launched its own versions of the cigalike, third generation products (mods and tanks you could build yourself) dominated. An unregulated e-liquid market had imposed its own version of best practise with manufacturers swearing of diacetyl-containing flavourings and posting pictures of the clean rooms they’d set up for manufacturing.

Legislators were being urged by tobacco controllers to adopt a cautionary principal approach – it looks like smoking, treat it as if it could be as dangerous as smoking. But, in the one place harm reduction has always been promoted, Public Health England rocked the world by announcing that vaping was at least 95% safer than smoking.

Mouth to lung vaping on simple set-ups gave way to sub-ohm devices, but the last five years has seen devices produced to match every kind of vaping style and pocket – and while the rest of the world is still grappling to come to terms with what it is, the UK is set to change regulation to further promote harm reduction to smokers.

The best thing is that the Planet of the Vapes forum stands as a historical record to vaping’s growth with pictures and stories: https://www.planetofthevapes.co.uk/forums/ 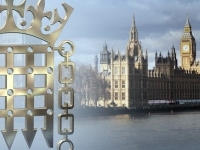 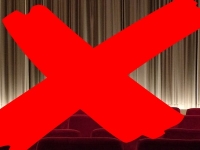 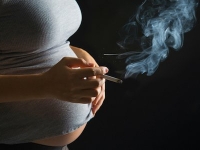