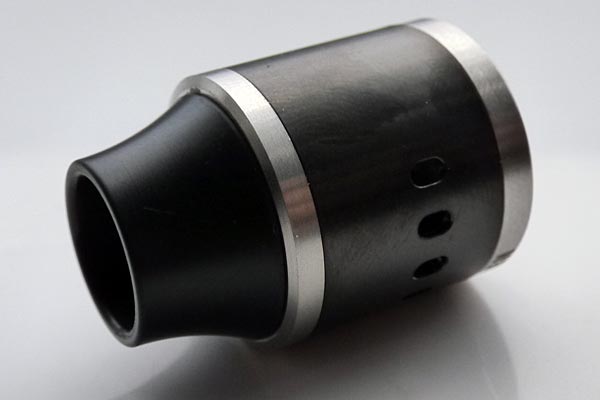 The Shuriken RDA by Cthulhu Mod uses a clamp style two post design that features four terminal holes, a two side adjustable airflow system and a large 6.5mm juice well. The Shuriken offers extremely generous vapour production for cloud chasing fans and can be set up with either a single or dual coil build.

The Shuriken is a reasonably compact 22mm RDA that in some ways resembles the styling of The Council of Vapor’s Royal Hunter.

Now while the Shuriken is extremely light the various components are way too thin giving the entire product something of a cheap feel and while this is intended as a budget product it really does compare poorly to the competition in terms of its overall quality.

The threading is poor, seriously sharp in places and very rough to the touch in others which means the various parts can sometimes be troublesome to fit together. The build deck is deceptive because while it looks spacious the clamp post design limits your builds and while you can just about squeeze a 3mm ID coil in there you are ideally better off going with 2.0mm or 2.5mm. On the plus side of things it certainly does have a fairly deep juice well.

The O-rings are less than ideal because the moment condensation builds up the top cap comes off far too easily. You do get some spare O-rings in the box but they are of the same poor quality. I dare say if you turned the Shuriken upside down and shook it a little the cap would instantly fall off and no one who uses drippers will appreciate an extremely loose cap. You could swap them out but it would be far better if the o-rings supplied were up to the job.

The Shuriken did sit completely flush with all of my mods and both the drip tip and the adapter were a decent fit. The tapered chuff cap is a nice design and once again reminds me of the Royal Hunter. Since it is made from Delrin it does minimise the amount of heat that reaches your lips.

Trying out the Shuriken on a few different devices I am happy to report that it did sit completely flush. 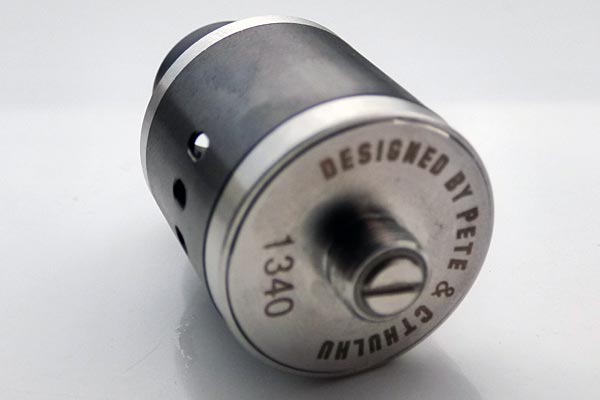 The Shuriken is certainly not short of airflow and you have a choice between using two different sleeves with either large or small airflow slots. The sleeve can be rotated by loosening the top cap but due to the rough threading it can be awkward to turn.

One nice feature of the airflow design is that you can set it up for either single or dual coil builds and you also have a choice between using the large tapered chuff cap or you can fit the 510 adapter to use one of your standard drip tips. 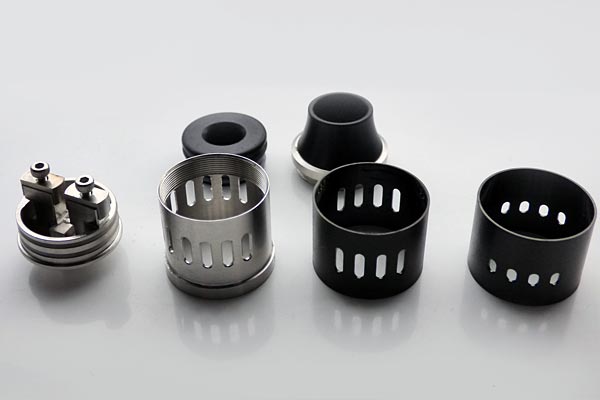 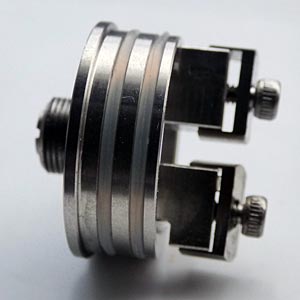 The clamp post system may take a little getting used to since you first have to loosen the two grub screws with the included Allen Key. After doing this there are two small pieces of metal that can be pushed upward exposing the slots for your wire to pass through. While this was easy to do with one part of the post the other one was difficult to push up and in the end the best solution was to turn the RDA upside down and fit my leads through the slots.

The screws work well and make for a secure fit which means in some ways it is a good system. The problem is that the clamp posts are rather large and take up a significant amount of the chamber which limits the user in terms of the size of coils that they can use. Another issue is that dual coils are a little trickier to do and I actually found I had to trim the leads of the first coil before inserting the second one.

The vape you get from the Shuriken is actually pretty decent. I used some Nerdy E-Liquids Green Apple Peach and the flavour was certainly better than a lot of massive airflow RDA’s but not of course in the same league as a dedicated flavour chasing dripper.

Flavour as you would expect is better the moment you put a dual coil build in there but I felt it was still fairly reasonable with a single coil as long as you closed the airflow down a bit. What I did like about the Shuriken was the generous juice well which meant I wasn’t having to constantly drip more juice in there. I also really liked the large tapered Delrin drip tip which felt comfortable to use and had the added advantage that you can drip your juice directly through it. Sadly you do get a fair bit of spit-back no matter what build you use simply because the coils are positioned very high up and close to the drip tip. You can of course avoid this by fitting the 510 drip tip adapter and using one of your own drip tips.

Vapour production was excellent and it puts out some very dense clouds so the Shuriken is definitely a room fogger! 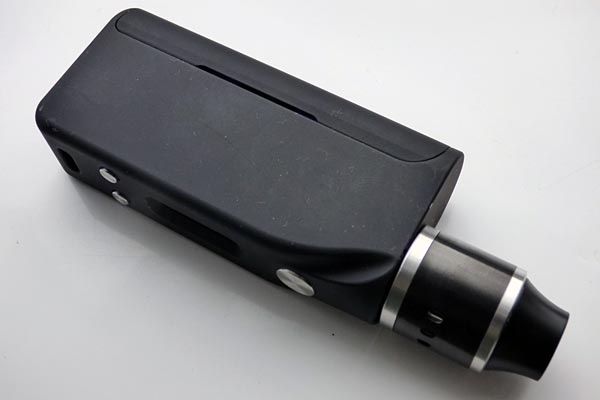 In my opinion while the Shuriken RDA does have some really good points, namely decent flavour and massive vapour production it suffers from poor quality machining and some of the worst o-rings I have ever come across.

The clamp post system is nice but can be troublesome to open unless you turn the Shuriken upside down and it might feel awkward initially for people who are used to typical RDA’s with post holes. The airflow options are seriously good and cater to both single and dual coil users but since the threading is poor it is almost tempting to set the airflow once and never touch it again.

It is a real shame to be honest because the Shuriken certainly has good points but due to overall poor quality machining and a lack of quality control regarding those o-rings I cannot in good conscience recommend it because for the same amount of money you could easily find another RDA that is better put together. The best course of action in my opinion would be for Cthulhu Mod to address these issues because then it would be a far more worthwhile and attractive product.