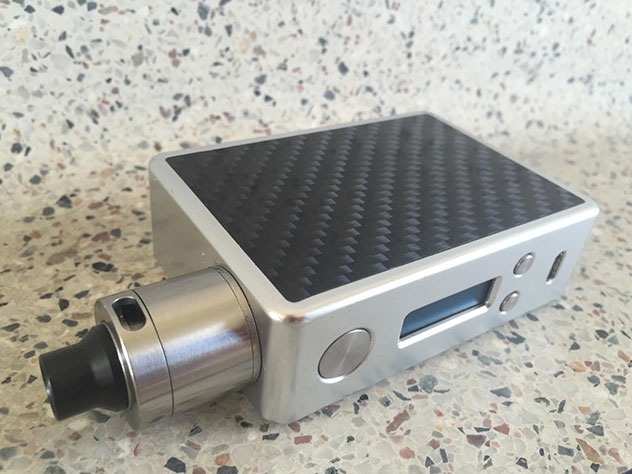 Hellfire are a British manufacturer very well known for their previous releases such as the Hellfire Raptor RDA, genesis atomisers such as the Hellfire Mini and mechanical mods machined to absolute perfection. The Hellfire brand is well loved within the industry due to the outstanding build quality, market leading performance and attentive customer service, that has build a fierce and loyal customer base. Currently, their own Facebook group boasts around 3,500 members, and it’s a very busy community devoted to Hellfire products.

Hellfire’s latest atomiser is the Hellfire Predator, which promises to cater to flavour and cloud chasers, offers an easy and rewarding build with its unique build deck arrangement, and also caters for squonkers with the inclusion of a bottom feed pin as standard, without needing to pay any extra for this. It’s generated quite a lot of hype already, so let’s have a look at the Hellfire Predator...

There is no box to speak of, which is a bit of a trademark with Hellfire atomisers. The Hellfire Predator comes in the ubiquitous pink bubble wrap provided by Hellfire, with spare o-rings, a drip tip adaptor and a 510 pin. The bottom feed squonking pin is automatically installed so if you do not intend on using the Hellfire Predator with a squonker, you will need to remove the pin with an allen key and install the 510 connector pin. You also get a Hellfire keyring included which is a really nice touch!

The build quality of the Hellfire Predator is just outstanding, this atomiser has been lovingly precision machined out of Stainless Steel to a level above most other atomisers out there. The threading is absolutely perfect, everything fits together smoothly and the deck screws are as smooth as it gets. The supplied drip tip is manufactured from Delrin however this can be removed and replaced with a 510 threaded drip tip of your choice, a great alternative is the popular Hellfire whistle tip available from the Hellfire website. Looks wise, it’s simple and stunning, with no logos engraved on the top cap, and I love it’s simplistic looks. It goes perfectly well with any mod that I have used it on! 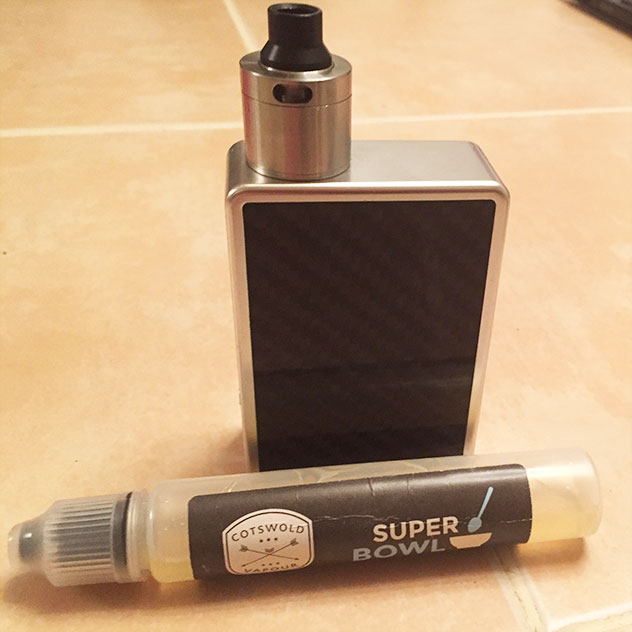 If I had one gripe about the Hellfire Predator it would be that the o-ring seal on the deck was a little on the tight side and did sometimes give me a little trouble removing the top cap, however I filed this down ever so slightly and I can now remove the top cap and replace it with ease. After speaking to other users of the Hellfire Predator this does seem to be an isolated incident! 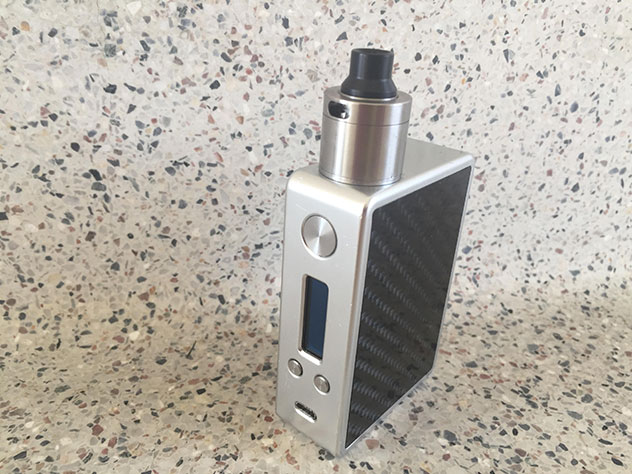 The first thing you may notice when looking at the build deck of the Hellfire Predator is that it’s a little unusual compared to most RDA’s, there are no posts in the centre to speak of, but there are two screws placed next to each other centrally on either side of the deck. You need to trap your coil legs underneath these, thankfully the post screws are a dream to use and as smooth as it gets, allowing you to use even the thickest of wires. 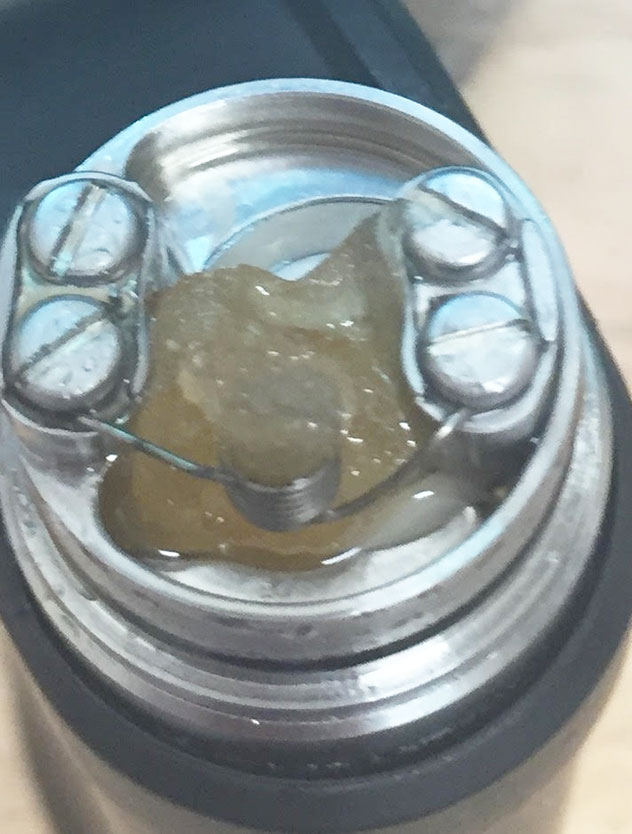 My favourite part about building the Hellfire Predator is that it is so versatile to build on, you can build single or dual coils (though you cannot close off one side of the airflow at present), you can position your coils on the outside of the deck underneath the airflow or centrally underneath the drip tip if using a single coil, horizontal or vertical builds are easy to install, and if you prefer more exotic builds like Clapton coil builds for example, these will happily fit. It’s so easy to build on and very user friendly. My own preferred build at the moment is a single vertical coil placed on the outside of the deck underneath the airflow, and even with both airflow holes open this provides me with bags of flavour. 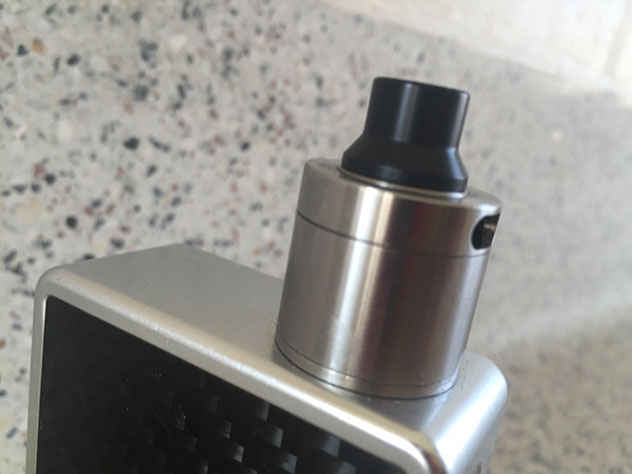 Straight away I will tell you that the Hellfire Predator has raised the bar when it comes to RDA performance for me, and that is both on the cloud and flavour front. The flavour is just truly outstanding, and for this reason over the past couple of weeks that I have owned it, it has become my RDA of choice when at home vaping my favourite juices. It’s also ideal when trying new ones out, especially when I come to writing reviews, as it picks up and delivers every nuance of flavour in your juices and delivers them with a massive punch to my palate. It’s got a kick to it as well, with plenty of throat hit delivered, so you may want to tone down your nicotine if you pick up a Hellfire Predator! I can’t stress enough that I thought I had tried the best before the Hellfire Predator, but this came along and just blew everything else out of the water on the flavour front. I was comparing this against the Hellfire Raptor, which was my first Hellfire RDA and still one of the best out there, as I run pretty much the same build in both of these, and the Hellfire Predator is just streets ahead. 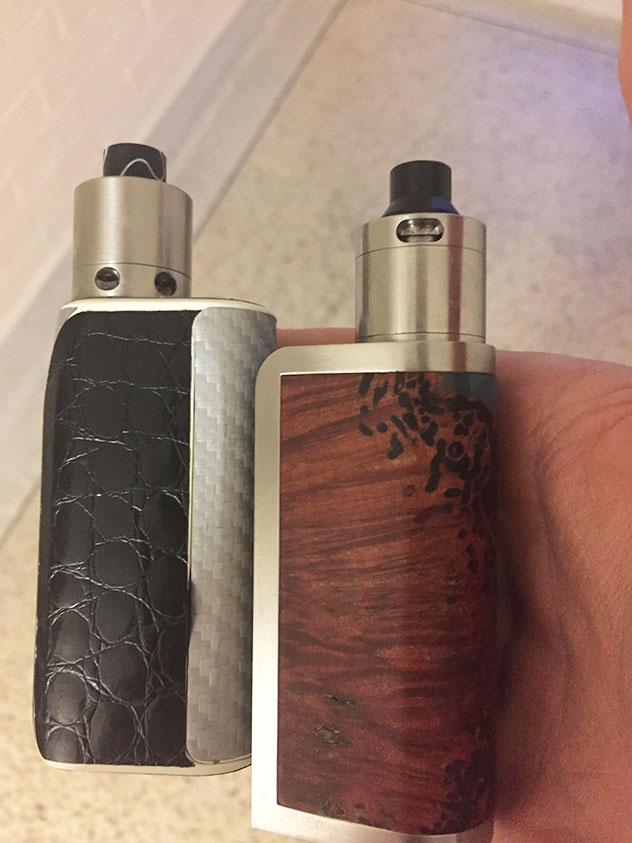 Cloud chasers won’t be left wanting either, as though the airflow is found at the top of the Hellfire Predator, traditionally a hallmark of flavour centric RDA’s, the airflow is absolutely huge and whether closed down or wide open, high or low watts, the Hellfire Predator produces an immense amount of vapour. Wide open you will get insane amounts of cloud production, that really compete with a lot of cloud chasing RDA’s out there. It truly does cater for cloud and flavour chasers alike and provides outstanding performance on both fronts.

If you build high or low resistance, use high or low watts, chase clouds or flavour, the Hellfire Predator is the RDA for you. It manages to strike the perfect balance between cloud and flavour chasing, and it seems to perform amazingly well no matter what build you have in there or what power is going through it.

It’s a versatile RDA that supports endless possibilities of coil builds and is extremely easy to build on, and I think the inclusion of both a bottom feed pin for squonking as well as a 510 pin is a great touch by Hellfire, as many other RDA’s require the additional purchase of a bottom feed pin. The build quality is just absolutely exceptional and performance is out of this world, this has to be the very best RDA I have tried, and it really has raised the bar!

The Hellfire Predator is available at certain times of availability from www.hellfiremods.co.uk 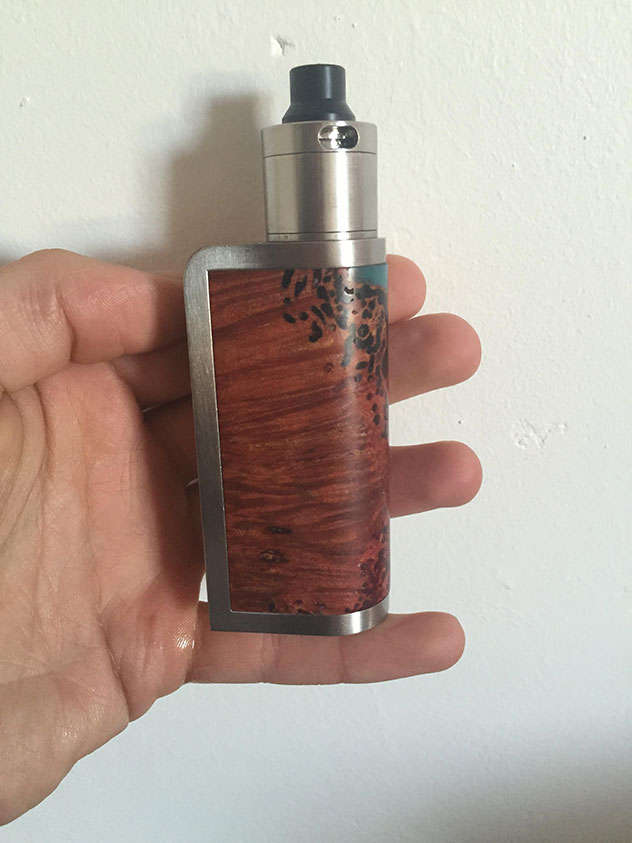