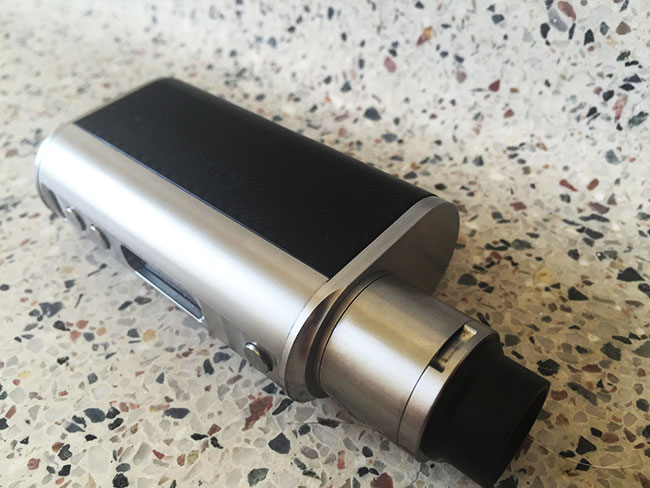 British based Hellfire Mods are one of the biggest names in the industry, renowned for their exceptional build quality, fantastic customer service and not to mention the game changing bits of kit they have released over the years, some of their newest releases being the Hellfire Fury, Hellfire Phantom, Hellfire Viper V2 and Hellfire Predator, all of which have received universal acclaim. They are one of the busiest manufacturers at the higher end of the market, with releases coming in thick and fast with plenty of stock to go round for everyone.

Hellfire have been synonymous with providing some of the very best flavour atties around and most recently, Hellfire have bought the Hellfire Havoc to market, a top airflow 22mm width RDA that includes a bottom feed pin for squonking mods, a unique deck style, adjustable airflow and the trademark exceptional Hellfire build quality. Let’s dive in and have a look at the Hellfire Havoc itself...

There’s no box found here, wrapped up in Hellfire’s trademark pink bubble wrap is the Hellfire Havoc itself with bottom feed squonking pin installed, a large chuff cap, 510 drip tip adaptor and a baggie that includes a couple of spare o-rings, flathead screws and a 510 connector pin. 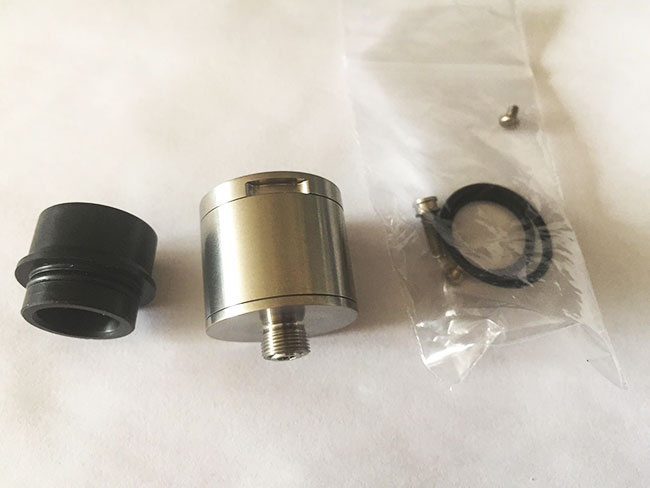 Manufactured from 304 grade stainless steel, the Hellfire Havoc sports a flawless brushed finish with no visible logos, and it’s understated looks I feel look absolutely stunning. It has a 22mm width so will have a nice fit for your mods, I particularly loved the way this looked on my Hellfire Delrin Phantom and my Frankenskull Bones. You have a bottom feed pin fitted as standard at the base for use with squonkers, and a 510 pin is included for use on non-squonking mods. 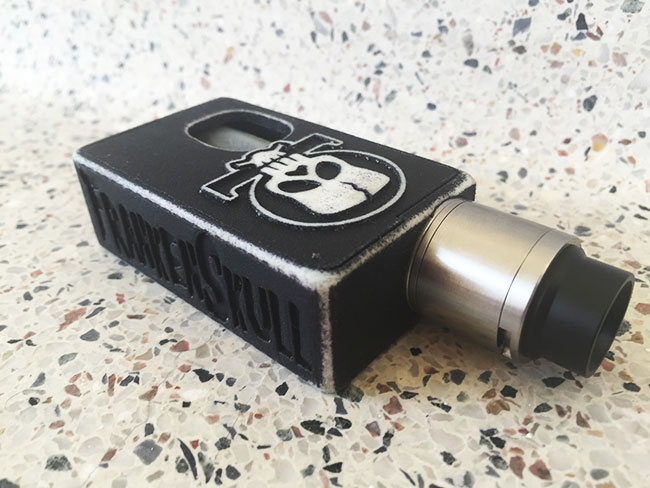 At the top there is a huge 17mm wide bore black Delrin chuff cap, and a 510 drip tip adaptor is included if you wish to use your own drip tip, some may not get on with the wide bore chuff cap, I personally absolutely love it! The airflow control cap at the top can be removed easily, which is handy for dripping juice if you aren’t using your Hellfire Havoc on a squonker, and once removed you’ll see three cut outs on the top cap where air will be drawn in and down to your build, you can have two of these open for dual coil builds or just the one if you are going for a single coil. There is an all in one Ultem airflow control and chuff cap available separately if you want to give your Hellfire Havoc a different look. Likewise with the Hellfire Predator, the top cap was pretty stiff at first, but filing down the o-ring at the base of the tank slightly made it easier to remove. 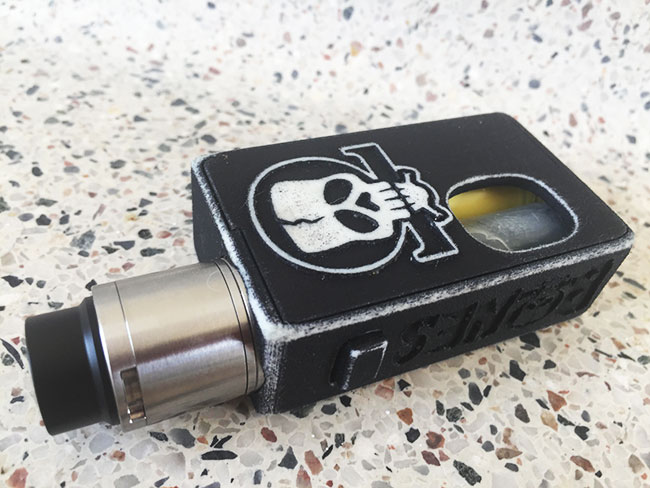 Build quality, as with every Hellfire item I have ever experienced, is absolute perfection and up there with the very best around. There wasn’t a speck of machine oil present on my Hellfire Havoc, no sharp edges are present, and everything is machined perfectly. This is one of the most well manufactured atomisers I’ve ever used! 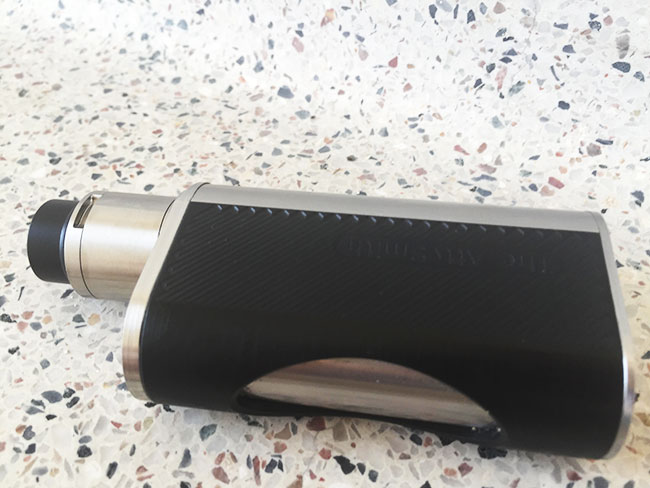 Airflow is drawn in through the airflow slots at the top of the Hellfire Havoc and down to your build, one of the main benefits of having top airflow is that the Hellfire Havoc is virtually leakproof, even if you flood too much juice to your deck. There are three airflow slots present, and you can have either one or two open at a time, meaning that dedicated single and dual coil options are supported. 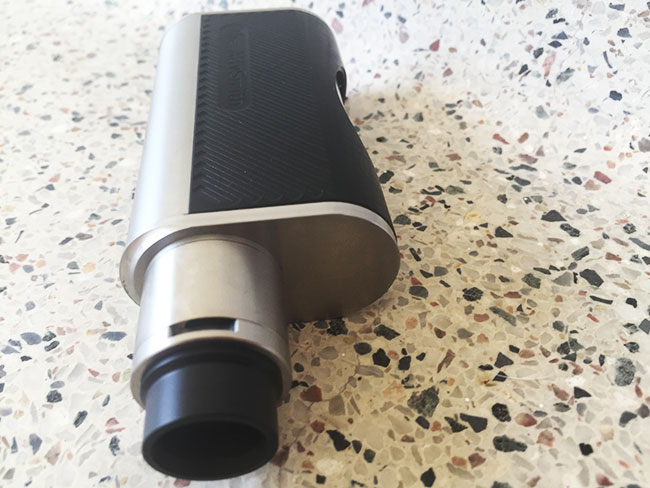 There is airflow to cater to everyone here, and it’s adjusted easily via rotating the top cap or taking the airflow cap off and re seating it. Wide open there is a lot of airflow present for an airy lung hit and seriously massive clouds, it can even be closed right down for a mouth to lung vape too if you wish, as well as everything in between.

Removing the top cap leaves you faced with one of the more unique build decks out there, and a whole load of space to build on. The posts are placed centrally around the deck, with four flat head post screws, and there is a little notch around the corner of each post for you to loop your coil legs through. If you are using the bottom feed pin for squonking you will notice that the feed hole is placed centrally, so you’ll want to keep this free of wick. The Hellfire Havoc can be built with single or dual coil builds. 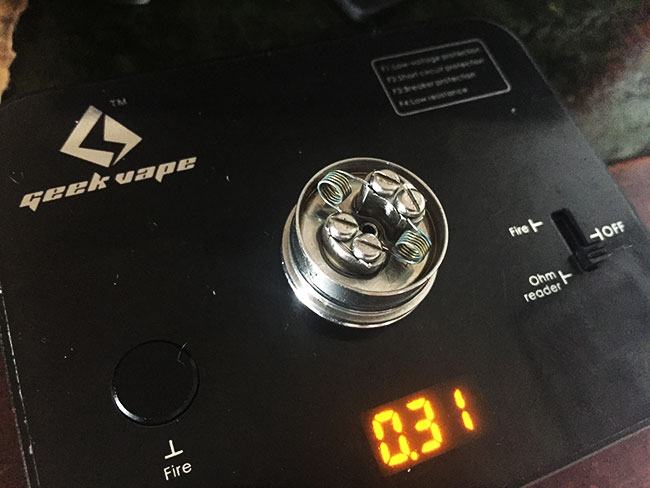 I’ve found the Hellfire Havoc a really simple atty to build on, there's a hell of a lot of space here and it’s very simple to trap your coil legs around and underneath the post screws. I get the best results from having the coils seated slightly lower than the post screws and a small gap of 1mm or so between the back of the coil and the top cap, to allow air to flow down and behind it. 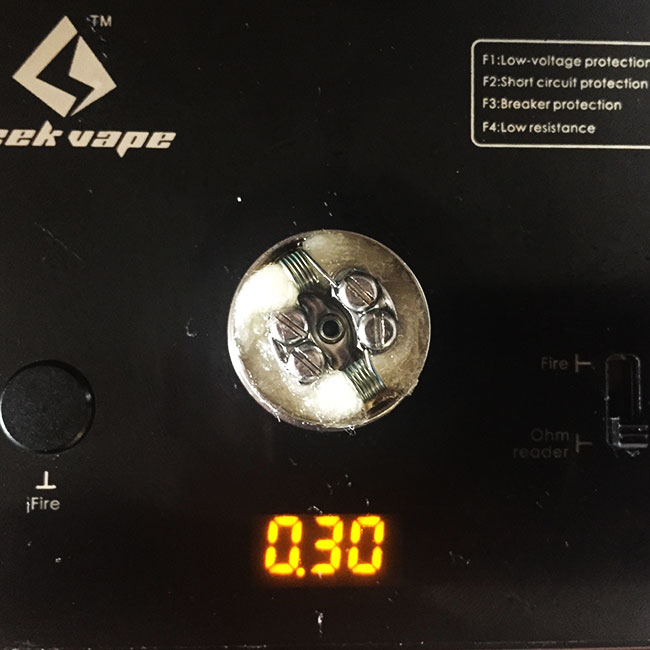 When I wick the Hellfire Havoc, I have a ring of cotton going around the outside of the deck, which absorbs plenty of juice from the deep juice well. I tend to go with dual coil builds for a warmer vape, however it does still perform superbly well with a single coil, albeit cooler. 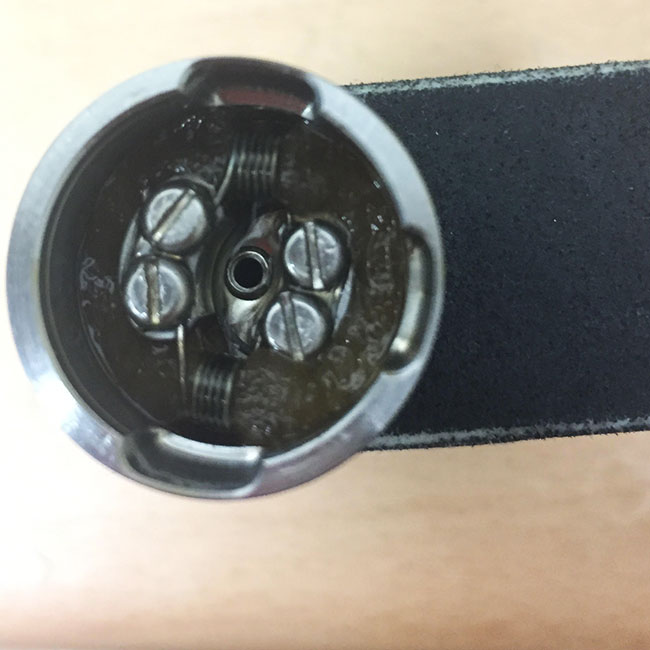 I’ve owned my fair share of Hellfire atomisers in my time, and it just seems that each and every time they release a new one it somehow manages to outperform its predecessors. I was pretty enamoured with the Hellfire Predator, but the Hellfire Havoc has come along and provided even better flavour. The main reasons it has done this in my opinion is that this time around a dedicated single airflow option is available for single coils, so you can achieve a more intense draw with a single coil, and the Havoc provides an even smoother vape, one of the smoothest I’ve experienced from any atty yet.

That smooth vape is absolutely chock full of flavour, even low resistance builds still pack a massive amount of flavour alongside very dense vapour, I’ve tried a variety of different builds and find that the ones that suit me best are in the 0.3-0.4ohm region. Even with a dual coil build the vape doesn’t seem to get too hot at that resistance, there’s a lot of vapour and an incredibly flavoursome vape. Thanks to how smoothly the vapour gets delivered to my palate, long draws on the Hellfire Havoc are easily achievable, unlocking all the flavour notes of my juices. 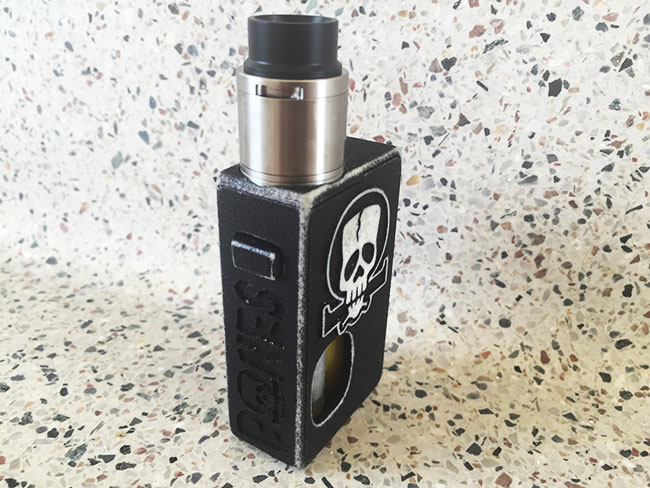 As well as providing immense flavour, the Hellfire Havoc is more than capable of providing some massive room filling clouds if you wish. It doesn’t sport the largest airflow around, but thanks to the design of this RDA it really seems to maximise vapour production and result in big and thick clouds. It’s one hell of a fun atty, that is for sure!

Something else that I have noted during my extensive usage of the Hellfire Havoc is that despite the massive size of the Hellfire Havoc’s chuff cap, and using primarily low resistance builds for mechanical squonkers, I’ve not experienced any spitback at all from the Hellfire Havoc, not to mention any leaking at all, which has got to be a testament to how well designed this atty is. It’s just an atty that rewards me with incredible flavour and huge vapour each and every time!

The Havoc continues Hellfire’s long tradition of producing the very best flavour from an atomizer, this atty truly does provide an absolutely masterful vape. Each time they bring an atty to market it just seems to blow the competition away, and the Hellfire Havoc is no exception. Despite its appearance hinting at a cloud centric atty at first, and it does do clouds extremely well, however the Havoc excels in providing a beautifully smooth and incredibly flavourful vape.

For me this is one of the best RDAs that money can buy if you are on the hunt for an atty that produces world class flavour and exceptional build quality, and the Hellfire Havoc is certainly up there in my top three RDAs of all time, I’d quite possibly go as far as saying that it’s now become my personal favourite. It’s an exceedingly well designed and well crafted atty, that I firmly believe is worth every single penny of your investment!

The Hellfire Havoc is available from www.hellfiremods.co.uk on certain release dates. 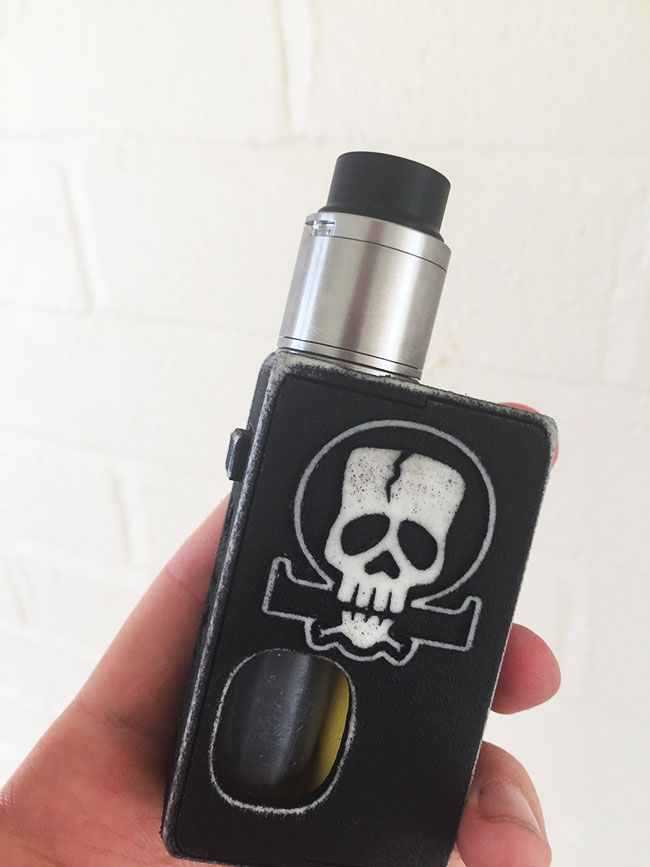